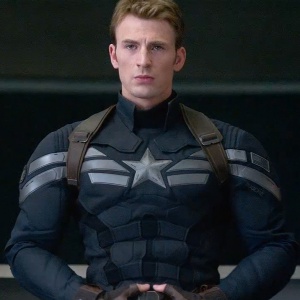 Behold 10 versions of Marvel’s all-American super hero. That’s the same number as amendments in the Bill of Rights!

With Captain America: The Winter Soldier finally seeing its US release this week, we’re betting the thing you’re lacking is a sickly-sweet morphine drip of Cap-related cosplay to keep you stable while you wait to see the film. Consider your needs met, true believers. We’ve compiled a gallery for your enjoyment that showcases some exceptionally cool, sometimes really hot and, in a couple of cases, extremely silly takes on Steve Rogers.

The cosplayers featured here are as different as night and day. But what they have in common, besides a thirst to defend America from threats foreign and domestic of course, is an eye for detail and a willingness to put in hard time to make their costumes perfect, and patriotic. Because freedom. Read on, and enjoy. And feel free to sound off in comments.

We begin with some impressive work by cosplayer imatangelo. (The boots are a particularly nice touch). Creating this costume sounds like hell – it included her laboriously repurposing a corset for the middle section. You can read how she made this costume here. 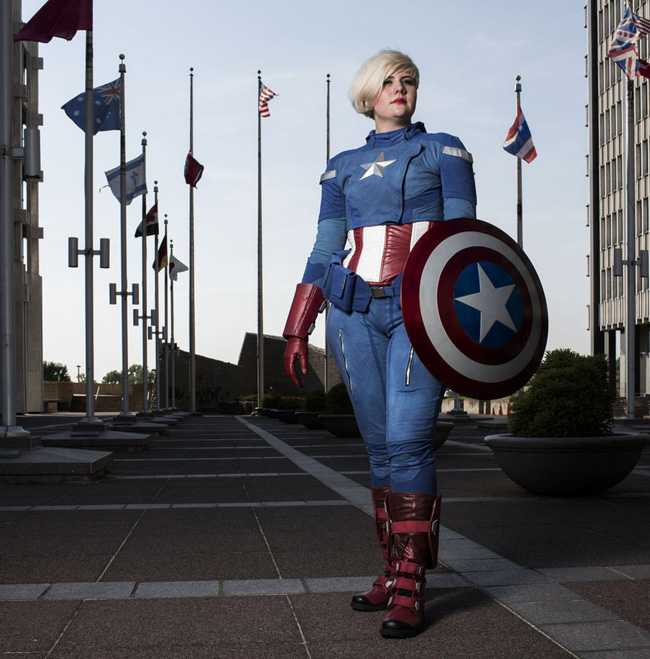 Next up, a surprisingly solemn version of Cap.

This convention portrait of cosplayer jwave001’s Captain America: The First Avenger costumer feels more patriotic than punching Hitler in the face with Mussolini’s gut. See more of his stuff here. 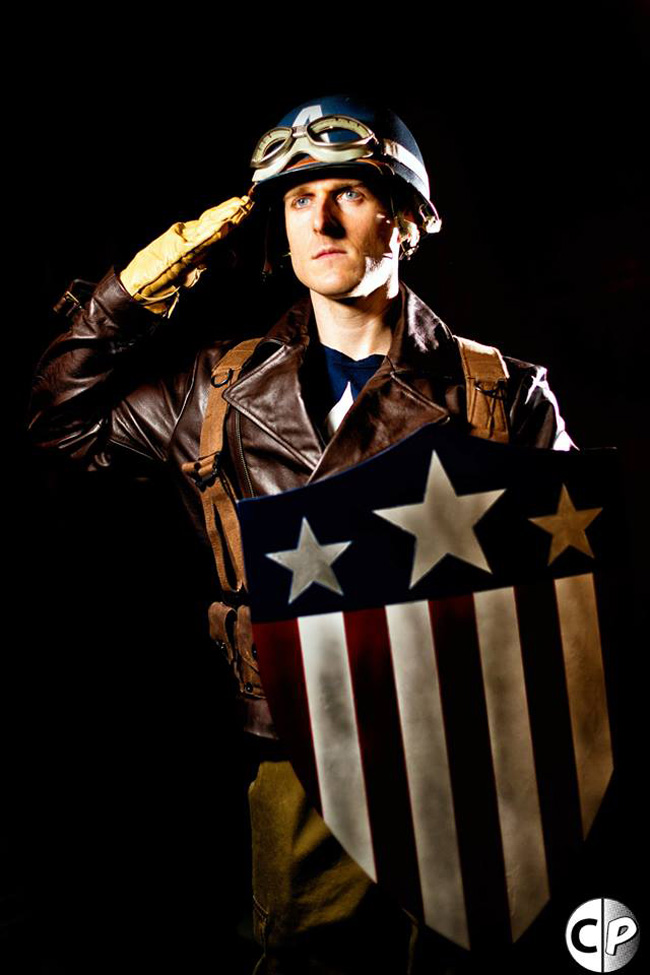 Up next, an incredible pinup girl take on Captain America.

I’m not going to lie. Stephanie Castro’s pinup version of Captain America is not only kind of amazing, it’s also really hot. It’s like a painting on the side of a plane came to life, grabbed a rifle, and parachuted into France with the rest of Easy Company. You can see more of her stuff on her Facebook page. 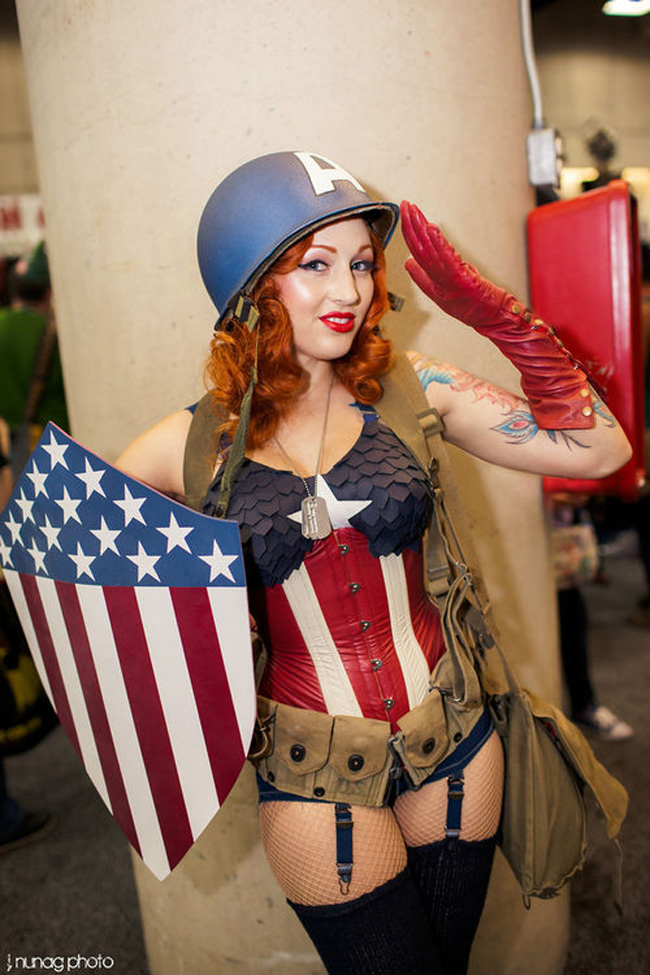 Read on, and enjoy a costume that appears to do all the work in the gym for you.

This guy looks ripped, but I’m not sure he’s as muscular as the costume he’s wearing is. But I know for a fact that I want the number of his tailor. Via Rebloggy. 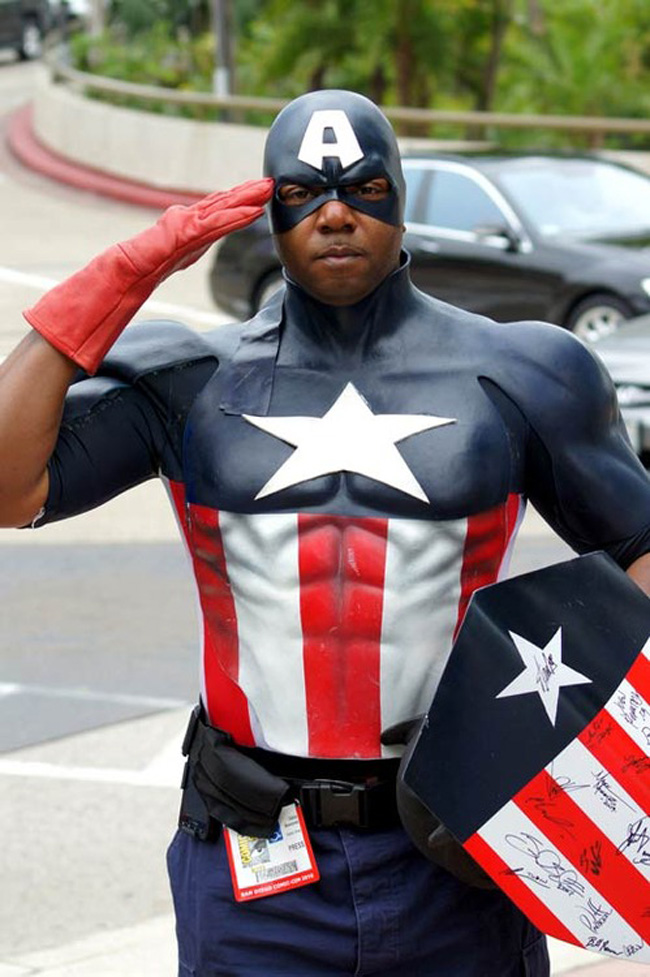 Next page: Captain America’s adventures next to a tank.

Cosplayer Fox Si Long is clearing having a lot of fun here, and why not? Her costume somehow manages to combine “plucky” with “get ready for a punchin'”. See more on her Deviant Art page. 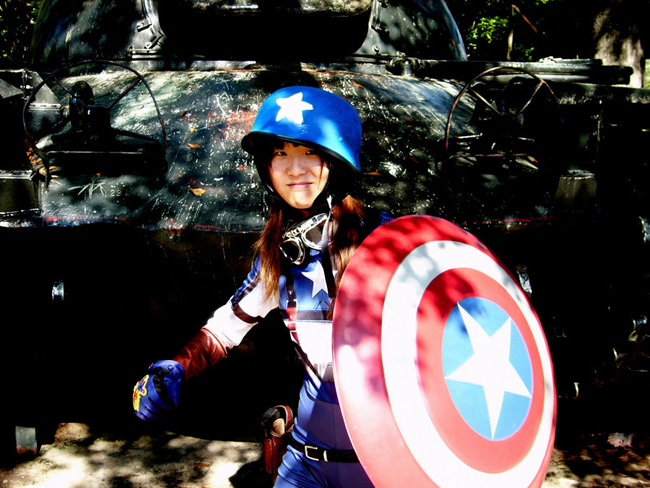 On the next page, office casual attitude Captain America wants you to relax.

What else can you say but that this costume is surprisingly complex for a Captain America whose facial expression says “sure, I guess I’ll go after Hydra when I’m done with my coffee.” (Photo by LJinto) 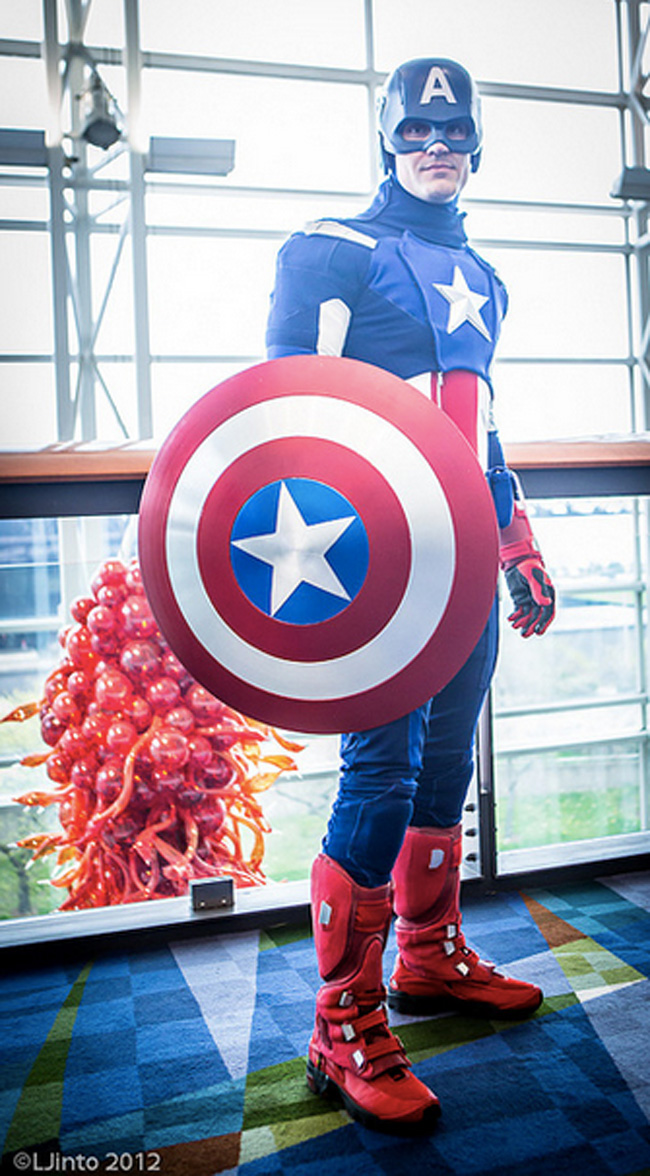 Next: some amazing shield work.

Yes, the costume is rather sparse. Pay attention to that shield, however. According to cosplayer Shua, she made it in just three hours, which, damn girl. Damn. The photo is extremely cool too, of course. See much more of Shua’s work over at her Deviant Art page. 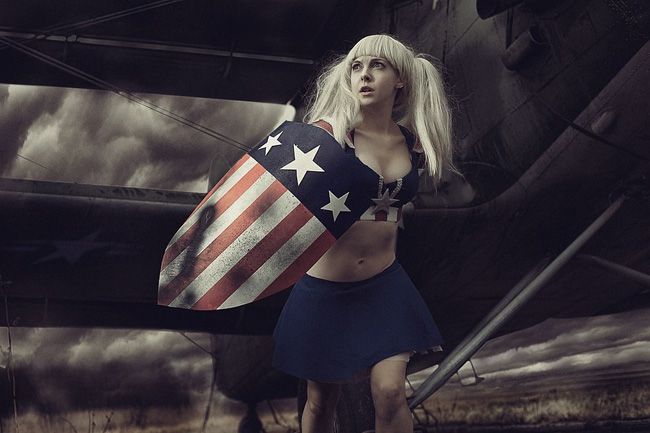 Next: An intricate Cap costume that almost looks like you could buy it off the rack at Zara.

I can’t deny I’m kind of taken by this very lived-in Captain America costume worn by this gentleman at New York Comic Con. Via Paperblog. 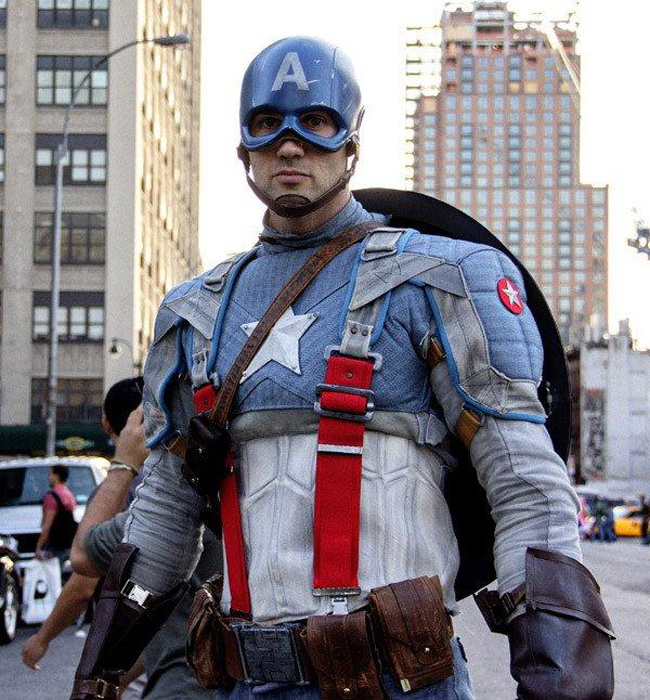 Next: the second coolest costume in this gallery.

This costume by Christine of Dangerous Ladies is perhaps my favorite of the entire gallery. Extremely practical-looking, I almost believe someone could wear this. It helps of course that the excellent photo taken by Josh Barrett looks like it could actually be from the 1940s. It was difficult to pick which image to use for this gallery, and I highly recommend that you click the links here to see more of Christine’s work. 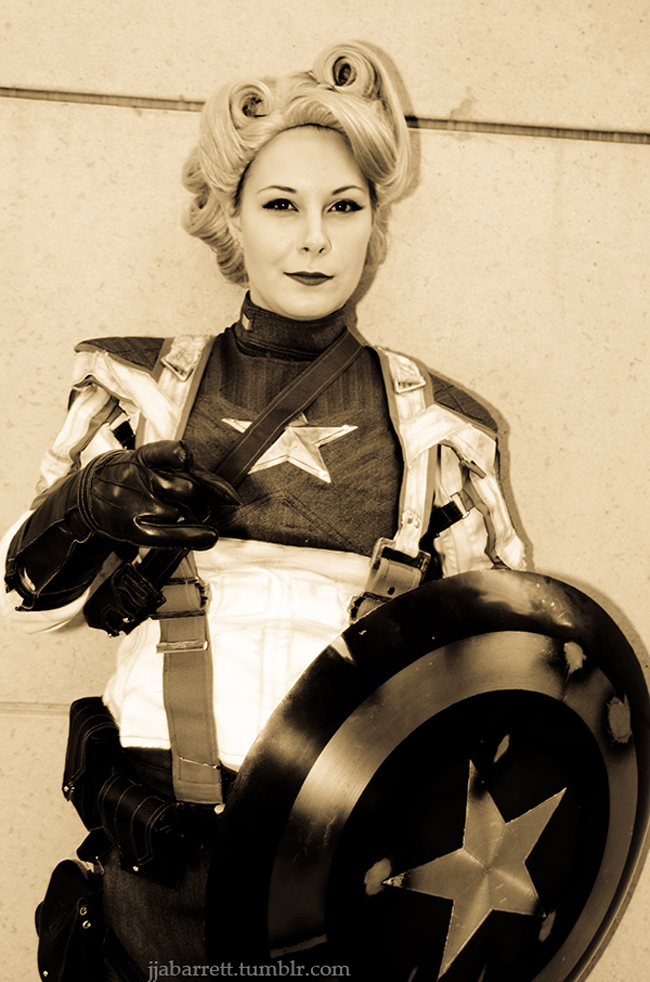 And next: At last, the greatest costume in the history of everything. 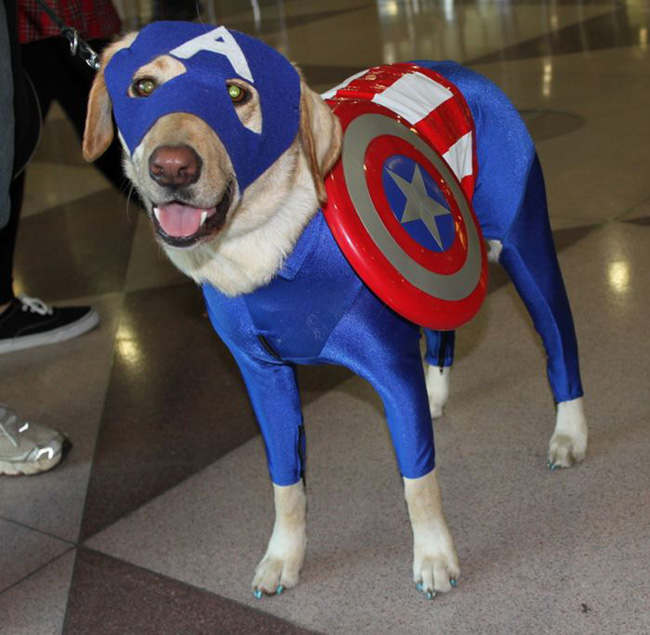 Source: He Geek She Geek.