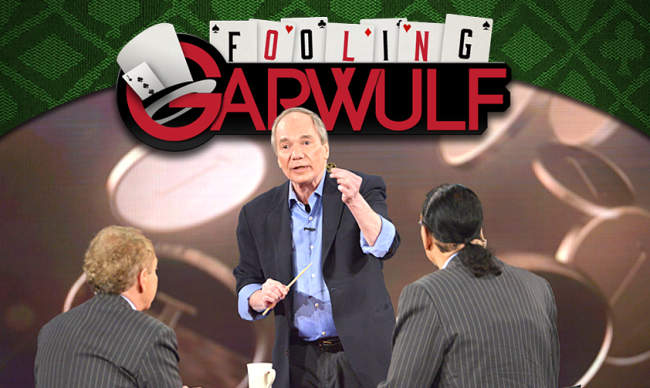 It’s another week, and another strong episode of Penn & Teller: Fool Us, this time not pre-empted by any baseball games (that said, it did run into some complications, which will be discussed below). So, without further ado, the performers:

Riley Siegler: I’m going to be frank about this one – when kids perform on Fool Us, they tend to provide my favourite moments of the show. To see a young magician vindicated by his heroes is just heartwarming. However, the performances themselves tend to be quite rough around the edges, with the inexperience showing through. So, when I see a 13 year-old magician take to the stage, I know what to expect…

…and Riley Siegler made me eat those words. To have a 13 year-old kid perform on Fool Us is special and heartwarming. To have that kid perform a fresh take on Three Card Monte, and do it clean with a level of poise, confidence and presentation suggestive of a decade of performance experience is nothing short of amazing. And, to top it off, to have that kid deliver the best performance of the night – and make no mistake, Siegler did just that in a field of veteran conjurers at the top of their games – to the point that watching Penn give him the magic kit felt like it was beneath Siegler’s level, was astounding. He didn’t fool Penn and Teller, but this kid – no, this magician – left me in a state of awe.

Jade: This was a very charming performance, and proof – if any be needed – that wonderful magic does not need complexity to delight. The trick is a form of the Thumb Tie, and just presents the impossible so smoothly that if you blink, you miss it… and if you don’t blink, you still miss it. It was a wonderful routine by a great performer, and it’s yet another one of the many cases where it may not have fooled Penn and Teller, but that just doesn’t matter.

(Penn mentioned the Ten Ichi Troupe, which were originally led by a Japanese professor and amateur magican named Tenichi Shokyokusai Hattori, 1852-1912, and were famous in the United States and Britain for performing the Thumb Tie between 1901 to around 1928.)

Ran’d Shine: This was a really good performance. I’ve talked a number of times about connecting a magic trick to something greater, giving it additional context and meaning, and Shine did just that. His links to the South African philosophy of Ubuntu added an extra layer to his card trick that really made it “pop.” Penn and Teller weren’t fooled, but it was a great routine all the same.

(Penn mentioned Claude Rix in his commentary – Rix is a French magician and magic creator.)

David Roth: There’s something truly special about watching an old master at work, particularly when it is somebody who helped make coin magic what it is today, working in that very medium. Roth was smooth and masterful, and was only just edged out for best performance of the night. It was great old-style coin magic with a baffling finish that managed to fool Penn and Teller. What more is there to say? It was delightful. 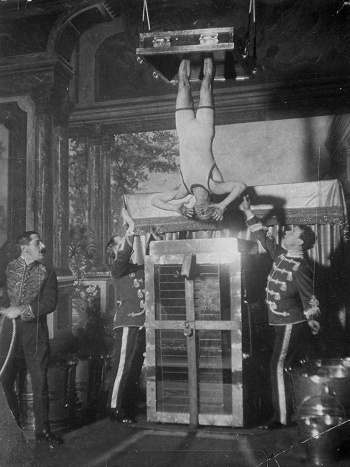 Penn and Teller: Where Ran’d Shine used philosophy to add meaning and depth, here Penn and Teller used politics. The trick they performed is a variation on a vanishing handkerchief, but with a lot to unpack. They gave the appearance of burning an American flag inside a copy of the Bill of Rights, with the Bill of Rights surviving… and then showed how the trick was done, demonstrating that the flag was not in any danger in the first place. It’s a trick about the importance of freedom of speech that simultaneously plays with ambiguity and reality. It’s also something that can be quite controversial, and indeed, within hours of the show airing, word appeared on the magic sub-Reddit that a CW affiliate in St. Louis, Missouri, had edited out the part of the trick where the flag was burned. Penn and Teller are no strangers to controversy, though, which brings us to this week’s commentary.

Fool Us is a controversial show among magicians, in large part because of its format: it is a competition. A lot of magicians don’t like competition shows – Misty Lee, for example, won’t appear on them at all, while Max Maven is willing to judge them but not compete.

At its heart, the controversy revolves over whether magic should be adversarial, and whether one should focus on the trick or the performer. Both of these are complex matters.

One of the most famous stories of magic revolves around Harry Houdini (1874-1926) and Dai Vernon (1894-1992). As I recounted in a previous installment, Houdini was a very knowledgeable magician, but he wasn’t very good at performing the tricks in front of an audience. To help cement his reputation as a magician – as opposed to his fame as an escape artist – he had claimed that he could determine how any card trick was done after seeing it three times. Vernon was a young Canadian magician who would later become one of the most important names in magic by revolutionizing how close-up magic was performed – to this day, he is remembered as “the Professor.” They met in a hotel in Chicago in 1922, where Vernon became the first person to succeed in the challenge, and started his career as “the man who fooled Houdini.”

Houdini did not want to be fooled – he was, after all, trying to prove that he couldn’t be – and he never forgave Vernon for it. Houdini’s challenge was no friendly test of skill – it was all about establishing dominance and superiority over other magicians. It’s little wonder that such things leave a bad taste in the mouths of those who spend their careers trying to inspire awe by showing audiences the impossible.

That said, magicians compete against each other in events all the time, although the venues are considerably less hostile than Houdini’s card trick challenge. Winning the World Championship of Magic is a matter of great prestige, but to win one must excel in showmanship, skill, artistry, originality, and creating a magical atmosphere. Fooling the judges helps, but does not appear anywhere in the judging criteria.

Whether one competes – particularly in shows like Wizard Wars – often depends on where a magician is in their career. These contests can be a godsend to magicians who are still trying to make a name for themselves and need the wider exposure (the career of John van der Put, aka Piff the Magic Dragon, was arguably made by his appearance on the first season of Fool Us). On the other hand, magicians such as Misty Lee or Lance Burton have no need to compete, as they have already found their niche.

Another issue is whether one should focus on the performer or the trick. The danger of a show like Fool Us is that with so much attention on the trick and the method, the performer and performance can be lost and the trick itself commodified. Ideally, one should care more about seeing the magician, rather than caring about a specific trick. In this regards, Fool Us walks a fine line – the competitors are trying to fool Penn and Teller, but they are performing for the audience. How well the show succeeds in walking this line remains a matter of some dispute.

It helps a great deal that while Fool Us is structured in a similar way to Houdini’s card trick challenge, with the competitors testing their wits against Penn and Teller, Penn and Teller want to lose. They want to see new, cutting edge magic, and be fooled, and even if they aren’t fooled, they’re thrilled to see the magic and performances anyway. This takes the sting out of the adversarial nature of the show, and allows it to be good natured fun. The competitors aren’t vying against each other, and there is no stigma or harsh words if they fail.

While the show may be controversial, Fool Us does serve an important function to magic: audience education. Magic is not a dominant art form, and the general public is relatively ill-informed about what goes into it or how it works. Having Penn and Teller look at a performance and state that an amazing routine is what can be done with nothing more than a deck of cards and a skilled pair of hands helps to open up the art to people who would not otherwise appreciate it, and hopefully recruit new talent in the process.

(As a personal note, it certainly worked on me – it was the first season of Fool Us that inspired me to take up magic as a hobby, and I haven’t looked back.)

In the end, it comes down to the nature and spirit of the contest. Magic as a performing art does not need mean-spirited competitions, born out of self-aggrandizement, like Houdini’s card trick challenge. But, friendly contests such as Fool Us, Wizard Wars, and the World Championship of Magic, as controversial as they may sometimes be, can often be magic’s best friend, and push it forward as a performing art.

Author’s Note: As I mentioned, some CW viewers did not get to see the episode in its entirety because part of a political trick was cut. While it is too early to tell what happened behind the scenes – it could have legitimately been an accident at a very suggestive time – if it was censorship, then the St. Louis, Missouri, CW affiliate deserves both condemnation and congratulations. The condemnation is for censoring the show in the first place, which was unconscionable, and the congratulations is for – by doing so – proving Penn and Teller’s point about the importance of freedom of speech beyond any doubt. For those who were affected by this, you can watch the show in its entirety here.

Author’s Other Note: As next week’s Penn & Teller: Fool Us is a repeat, Fooling Garwulf will return on September 15th.

Author’s Other Other Note: Since this is a feature about magic, we must ask for discretion when it comes to discussing methods in the forums. For the sake of preserving the mystery for those who do not want to know how the tricks are done, as well as to avoid accidentally exposing the hard work of some very talented magicians, please avoid revealing methods in the discussion threads. If you must talk about a method in a way that might expose it, please use spoiler tags.

Rumor: Next Apple TV Will Also Be A Gaming Console

Dig Up 1952 Clues With Every Until Dawn Past Collectible Location