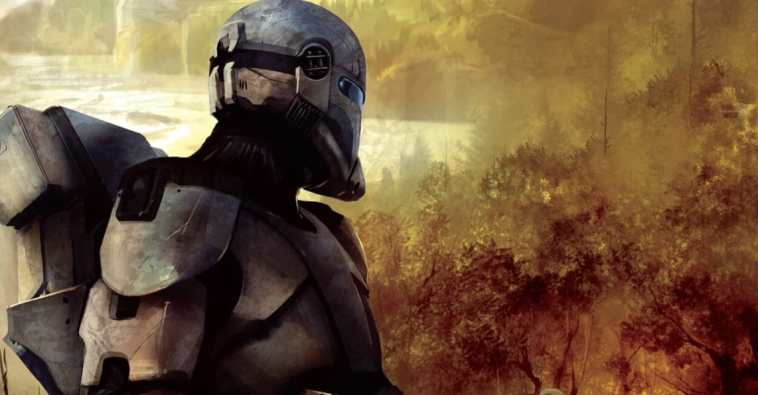 It’s funny how ideas cycle through franchises over time. Where for many audience members, Star Wars: The Bad Batch is presumably their first time experiencing “defective,” independent-thinking clones, this isn’t the first time the galaxy has met rough and tumble clones who break the rules. You see, an ARC (Advanced Recon Commando) trooper wasn’t always merely a rank, but instead a special breed of clone — a variant that would never have seen combat were it not for the intervention of two Mandalorian legends.

In the original Clone Wars multimedia project, the first ARCs were a test run to see if Jango Fett’s genetic material could make for effective soldiers. Six clones stepped onto the testing grounds, proving themselves capable but not very obedient, sharing too much in common with Fett. They were the first clones to be trained by old Mandalorian allies of Fett, and though deemed a failure, they were saved by one of their teachers, Kal Skirata.

A Mandalorian with a deep appreciation for his people’s traditions, Skirata viewed the clones as true Mandalorian warriors, teaching them and giving them names. Though Fett was their progenitor, for the six troopers who would come to be known as ARC-Nulls, Kal Skirata was their true father. Skirata saved them from termination and taught them how to become not only soldiers, but their own persons.

While the Kaminoans were successful in creating more docile stock among standard clone soldiers, the appeal of the ARCs was too tempting. This led to a second attempt with the ARC-Alphas, a batch of over 100 clones that fans of Genndy Tartakovsky’s Star Wars: Clone Wars and Dark Horse’s Star Wars: Republic will be most familiar with. Where Nulls were treated as a dirty secret, harnessed primarily as black ops teams, Alphas were instead planned as an ace up the Kaminoans’ sleeve. They were also some of the last clones to be trained under Jango directly before his death on Geonosis, with several directives of his own installed in their minds, echoing Palpatine’s own scheme with Order 66. 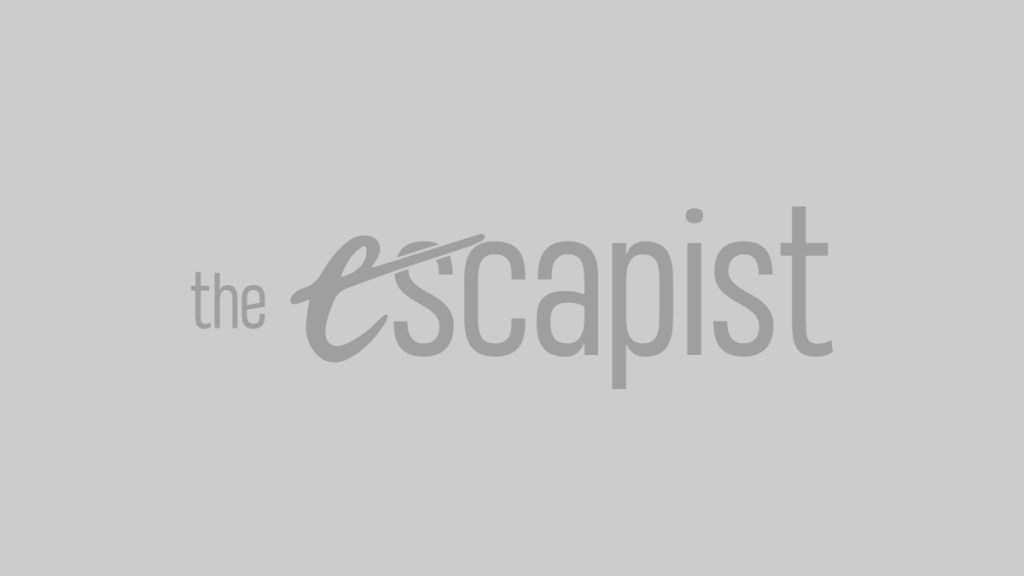 Though Alphas were less altered like the Nulls, ARC-Alphas were driven to serve more directly by Jango, instilling a sense of duty where Skirata inspired humanity in the Nulls. The result were efficient, capable soldiers, but not ones who wouldn’t voice disagreement whilst following orders. This led to a deep rivalry between the uptight Alphas and more unconventional Nulls, as well as Alphas bumping heads with their Jedi commanders, including Alpha-17, Anakin and Obi-Wan’s favored commando.

A key difference to bear in mind between ARCs and their counterparts among the Republic Commando divisions is that ARCs were the favored sons, whilst commandos were far more expendable, mass-produced in greater numbers with less individuality. For instance, Delta Squad, for however charming they may be in Star Wars: Republic Commando, are all made as pieces of a personality, whilst none of them makes up a whole person. This construction fostered teamwork but also was far less humane, as were their training regimes.

Given how many commando squads were deployed and killed on Geonosis at the start of the war while the Alpha series was kept in emergency storage on Kamino, the bias for Alphas was evident. Over the course of the war, with successive iterations, the Kaminoans devised new ways to breed more potent and specialized soldiers, such as shadow troopers and clone assassins, draining away whatever individuality got in the way. All the while, the drone-like lowest-rank soldiers were mass-produced as fodder, all but literally thrown at opposing armies. As a result, ARCs were a bit out of place among their “lesser” brethren. Whatever the emotional cost, the results made themselves evident whenever deployed into battle.

ARC-Alphas and Nulls would play pivotal roles in everything from the siege of the Banking Clan’s fortress on Muunilinst to cracking down on conspiracies within the Galactic Core that threatened the stability of the Republic. They tended to wield more experimental, destructive weaponry, befitting their dangerous operations. ARCs like Alpha-17 would go on to train additional clone commanders and other officers, instilling an ounce of their creativity in their restrained brethren.

However, casualties (and franchise retcons) were inevitable, necessitating more ARC troopers but no Jango Fett to train them. Dave Filoni’s Star Wars: The Clone Wars introduced an initiative within the clone army where any clone soldier could be promoted to the newly minted “rank” of ARC trooper. This was the case with CT-21-0408 “Echo” and CT-5555 “Fives,” though despite their new rank, they served in a similar capacity to standard soldiers and officers, on the frontlines in standard battles. The contradiction in how standard clone soldiers were depicted was never really resolved, as The Clone Wars opted to depict all clones at a level of individuality originally seen among those such as the earliest bred Republic Commandos, like Omega Squad.

Coincidentally, Omega Squad and many of the ARCs would follow a similar path to what trailers promise will be the course of The Bad Batch, with the more independent soldiers striking out on their own at the turn of Order 66. In fact, several ARC-Alphas and Nulls refused to obey Order 66, as did a few commandos, believing the order to be either a trick by the enemy or madness — as the idea of remote control brain chips was also a retcon introduced later by The Clone Wars.

As a result, Jedi who did serve directly with these units were some of the earliest survivors of the Jedi Purge, though both the disobedient soldiers and their Jedi commanders wouldn’t last long. A few did manage to scrape out lives of their own, such as Alpha-66, who founded his own mercenary band. Others evaded a deadly fate through more unexpected means, such as Alpha-02 “Spar,” who would later serve as Mandalore the Resurrector after turning traitor, assuming Boba Fett’s identity, and leading Mandalorian super commandos against the Republic due to his hatred of Jedi. Although, he would later be found out and die at the hand of Boba Fett’s daughter. And yes, a handful of ARCs would go on to serve among the Rebel Alliance, but there’s a far more unique case than that.

Unlike the Nulls, Alphas, or (let’s call them) “Ranks,” a final batch of ARCs was revealed during an ill-fated uprising on Kamino.

“Officially, there never was a ‘clone rebellion’ on Kamino. Unofficially, approximately 20 years after we were created, a special detachment of the Imperial 501st Legion was dispatched to Kamino, with orders to eradicate an army of clones that had been bred to take arms against the Empire.” – Anonymous 501st Member’s War Diary

In a bitter twist of fate, the Kaminoans who created the Grand Army of the Republic were slaughtered by the soldiers they’d bred. Desperate to stave off the Empire, the Kaminoans pulled out every stop, harnessing surplus hardware and reserve specialist clones against an onslaught of the Republic’s finest. It’s safe to say that few clones held any warm sentiments for the Kaminoans to begin with, but fighting their own kin unsettled many of them. The only clone member of the task force who walked through it unfazed was none other than Boba Fett himself, gladly destroying his “inferior” copies.

The insurrection army would be dubbed Anti-troopers. This final new ARC unit was cut down in its first battle, bringing an unceremonious end to the Kaminoan ARC line. Though, remarkably, this would not be the last time cloners would attempt to recapture the glory of the commandos. 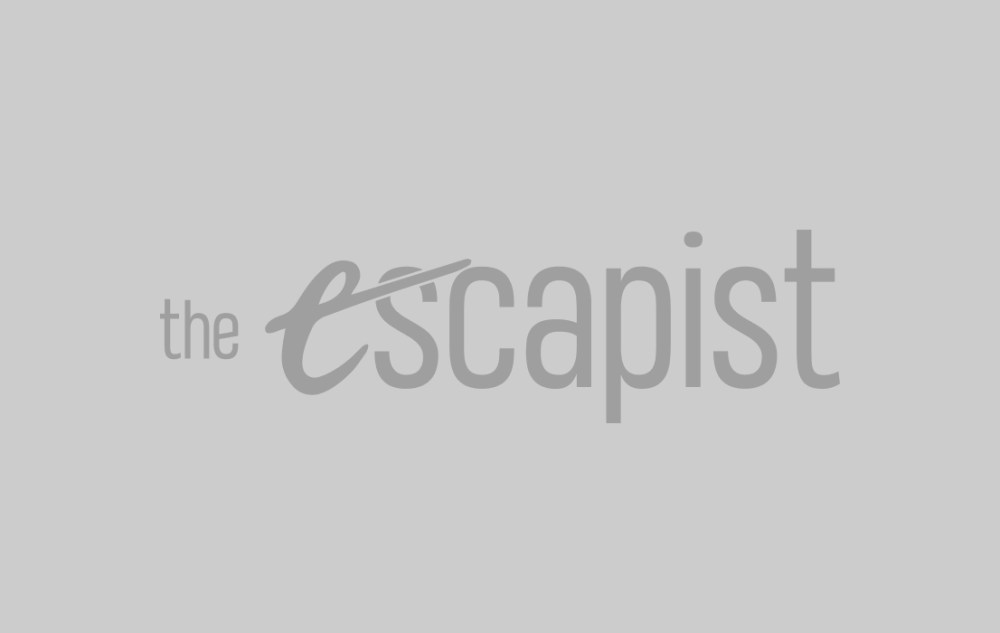 During the early days of the Galactic Civil War, in another ironic twist, Boba’s own genes and brain patterns were stolen by his lover and partner. They were to be used by the Empire’s own operations on an occupied Kamino. The readout on these clones can be seen on walls in the opening level of Star Wars: The Force Unleashed II. Simultaneous to the game’s events, while Galen Marek’s clone Starkiller is destroying his aberrant clones, Fett does the same to his own, taking out everything and everyone assigned to the project. Among these ashes, any chance of a Fett-based commando was finally put to rest.

And then the new continuity threw all this out and just made ARCs a rank but hey who cares about cool world-building. *breathes deep*

On the bright side, not all ARCs and their commando comrades faced a tragic end. Kal Skirata did his utmost to save as many of his “sons” as he could, embracing them into Clan Skirata on their new home of Mandalore. In the years afterward, they would later track down one of the sole survivors of the original Kaminoan team assigned to their production and were able to slow their aging. Even Boba later benefitted from this cure, able to live long enough to mentor his granddaughter during the Second Galactic Civil War, but that’s a legend for another day.

So, that’s the tale of the original bad batch, the ARC Troopers. If you’d like to experience their journeys in full, I highly recommend starting with the novel Star Wars: Republic Commando: Hard Contact and comic series Republic, starting with issue 50 in Epic Collection: The Clone Wars Vol. 1.