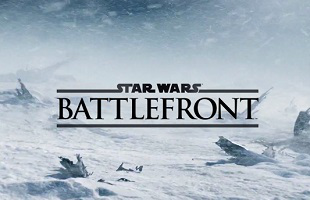 The player count in Battlefront might be double that of any Battlefield game.

Update: Making Star Wars has updated its post, saying that the multiplayer combat in Battlefront is 64-player, not 128. This means the max team size will be as it is in the Battlefield franchise — 32 versus 32. The smaller team size means your average Star Destroyer is going to be understaffed, to say the least.

Original Story: Making Star Wars has a slew of Star Wars: Battlefront-related rumors for us today, and the report sheds light on how Battlefront will supposedly tie in with the rest of the Star Wars universe.

As is the case with many Star Wars games, MSW says that Battlefront will span the entire Star Wars saga as seen in the films. This includes at least a little time spent in the prequel timeline, as well as time in-between Return of the Jedi, and The Force Awakens. Given that this was how older Battlefront titles approached the Star Wars universe, such a span already has precedent.

Also coming back from the Battlefront days of old? The hero system, which allows you to play as specific characters from the Star Wars instead of some generic John Q. Stormtrooper. Collect points during a campaign mission, then drop down whatever hero is available during that mission (Vader, Luke, and so on).

As for multiplayer, Battlefront is supposedly building on what DICE’s Battlefield franchise has held dear for years: Big servers, both in terms of player count and map size. MSW says that multiplayer servers are “…going to be absolutely massive with up 64 players participating on each side.” And certain maps will feature combat in both space and on the ground, with battles happening between the two zones (some sort of aerial bombardment, perhaps). If you imagine how Titans were used in Battlefield 2142, the same could apply to Star Destroyers and Mon Calamari cruisers in Battlefront.

You can check out the full rumor list here, but do keep in mind that none of what’s been mentioned has been confirmed.