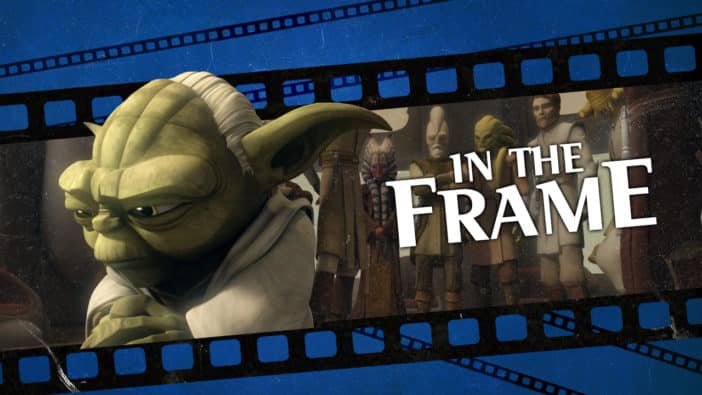 Star Wars: The Clone Wars encapsulates the sense that, for an entire generation of Star Wars fans, the prequel trilogy was their own distinct version of the series.

Of course, the prequels had their share of problems. Until the release of The Rise of Skywalker, the first two prequels had the lowest critical consensus on Rotten Tomatoes. There has been an entire critical industry built around exploring the myriad flaws with George Lucas’ follow-up trilogy. Even the most ardent defenders of the films will most likely concede that they are far from perfect.

However, the prequels receive a lot of love too. The trilogy has spawned a memetic language, coming from a place of affection rather than of mockery. (Hello there, “Hello there.”) Fan Peter Graham is credited with the adage that “the golden age of science fiction is 12,” and there is an entire generation of fans who came of age with Star Wars through the prequels. That is glorious.

This affection has seeped into Disney’s Star Wars output. While The Force Awakens seemed to retreat from anything prequel-related in favor of nostalgia for the original trilogy, Disney has subsequently tried to reconcile with the prequels. Most notably, they greenlit an Obi-Wan Kenobi miniseries starring Ewan McGregor. They also signed off on a final season of The Clone Wars. 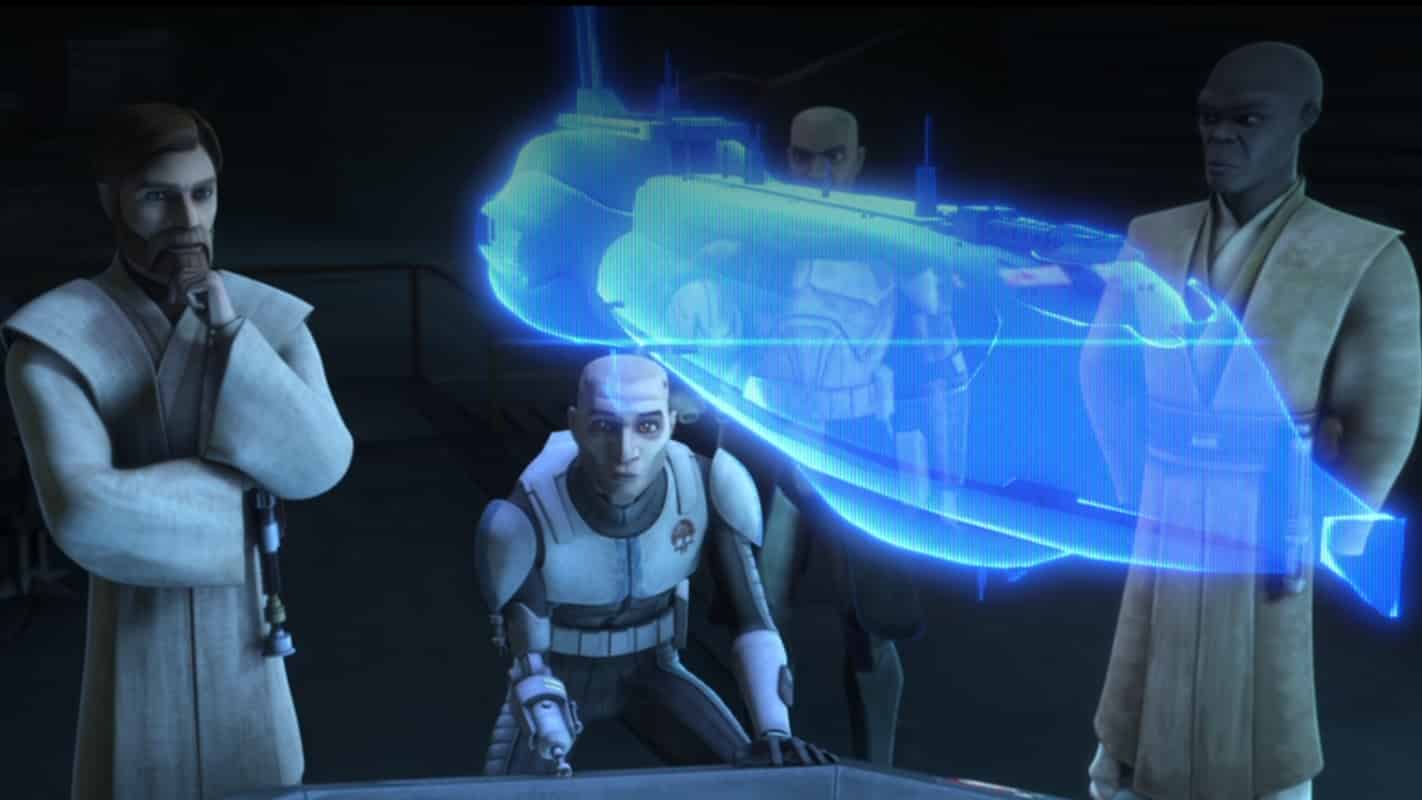 Lucas designed the prequels “from 1920s and ‘30s aesthetics,” jarring with the rundown ‘70s designs of the originals. Lucas shot Attack of the Clones and Revenge of the Sith on digital, contrasting with the textured film stock of the earlier films. Lucas played with genre, positioning Attack of the Clones as an epic romance crosscut with a film noir that evolved into a Ray Harryhausen homage.

It’s debatable to what extent all (or even any) of these approaches worked, but they gave the prequel films a feel distinct from the three films that came before and all the films that came after them. What makes The Clone Wars so interesting is the way in which it eagerly embraces that distinct approach to Star Wars and offers an extension of it.

The Clone Wars does occasionally offer fan service for the original trilogy. Boba Fett has a minor arc that plays out across the series. Chewbacca makes a guest appearance at one point. Grand Moff Tarkin has memorable roles in two major arcs. However, these are very much secondary concerns, and it’s notable that all three of those characters appeared in the prequel trilogy in various forms.

Instead, The Clone Wars is just as eager to delve into the prequels. The movie that launched the series proudly included voice performances from prequel actors Samuel L. Jackson and Christopher Lee, reprising their roles. The series itself includes a number of small appearances, from Liam Neeson reprising the role of Qui-Gon Jinn to a cameo from Pernilla August as Shmi Skywalker. 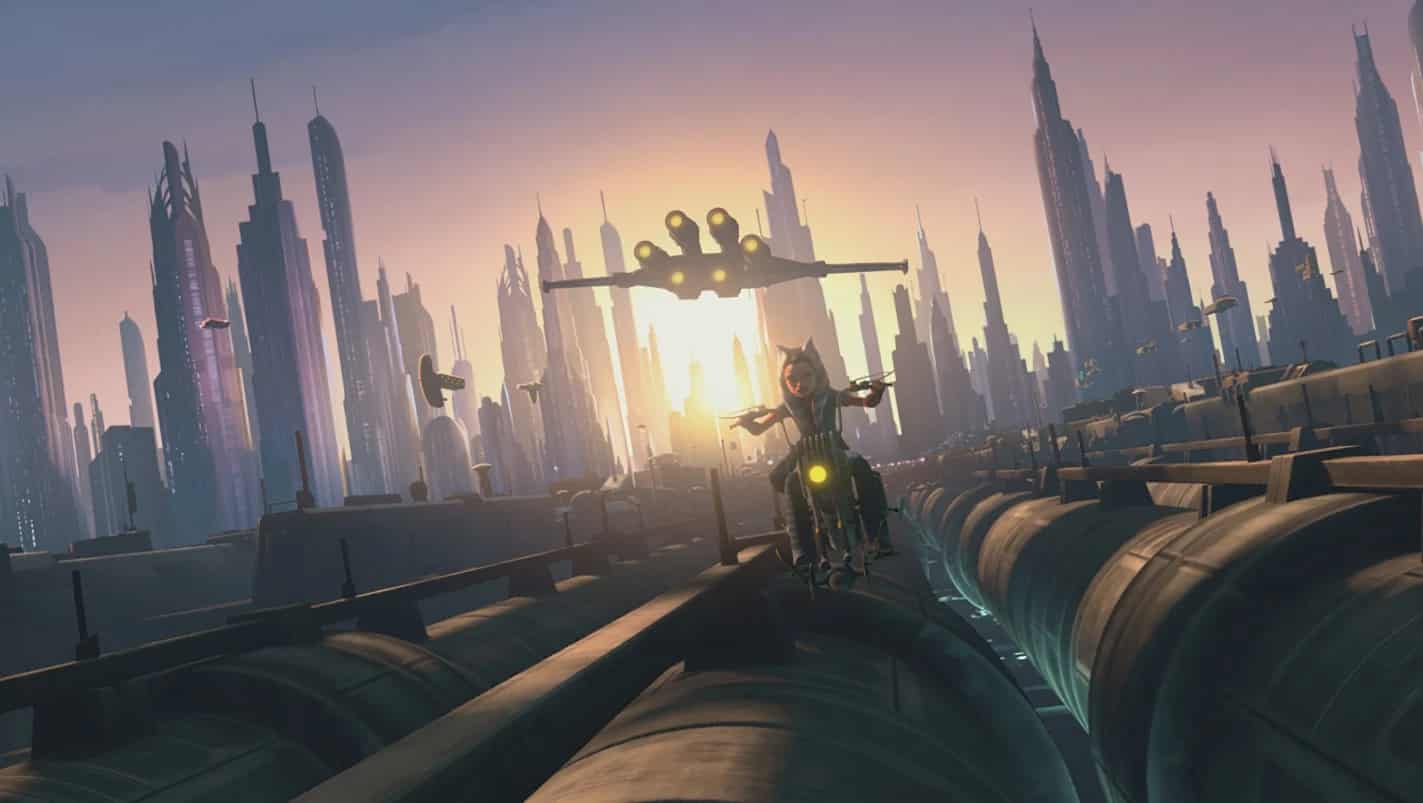 The series devotes considerable space to developing background characters from the prequel trilogy, the Jedi who appeared in crowd scenes, occasionally without a single line of dialogue. Fittingly, a seemingly throwaway character from the films, Master Plo Koon, is showrunner Dave Filoni’s favorite Jedi.

However, it’s more than that. The use of computer animation within The Clone Wars makes it a fitting extension of Lucas’ vision for the prequels. The series is able to render the sort of digitally enhanced worlds that Lucas brought to life in the films. It’s a unique and distinctive aesthetic, which allows The Clone Wars to fit comfortably between Attack of the Clones and Revenge of the Sith.

The sequel trilogy largely recreated the desert and forest worlds of the original trilogy, substituting Jakku for Tatooine in The Force Awakens and one Endor moon for another in The Rise of Skywalker. Meanwhile, The Clone Wars was more likely to spend time on the ocean planet of Kamino or the urban sprawl of Coruscant.

This is a design principle that extends beyond the confines of canon. Many of the new worlds introduced in The Clone Wars fit more comfortably with the aesthetics of Attack of the Clones and Revenge of the Sith rather than the original films; Umbara feels like an extension of Felucia, Lola Sayu feeling of a piece with Mustafar.

It’s more than just design. The Clone Wars embraces the distinctive vision of Star Wars that George Lucas advanced in the prequels. There is a lot of discussion of midichlorians and entire arcs dedicated to the mechanics and workings of the Force, with Anakin meeting anthropomorphic personifications and Yoda embarking on an epic journey to its heart. 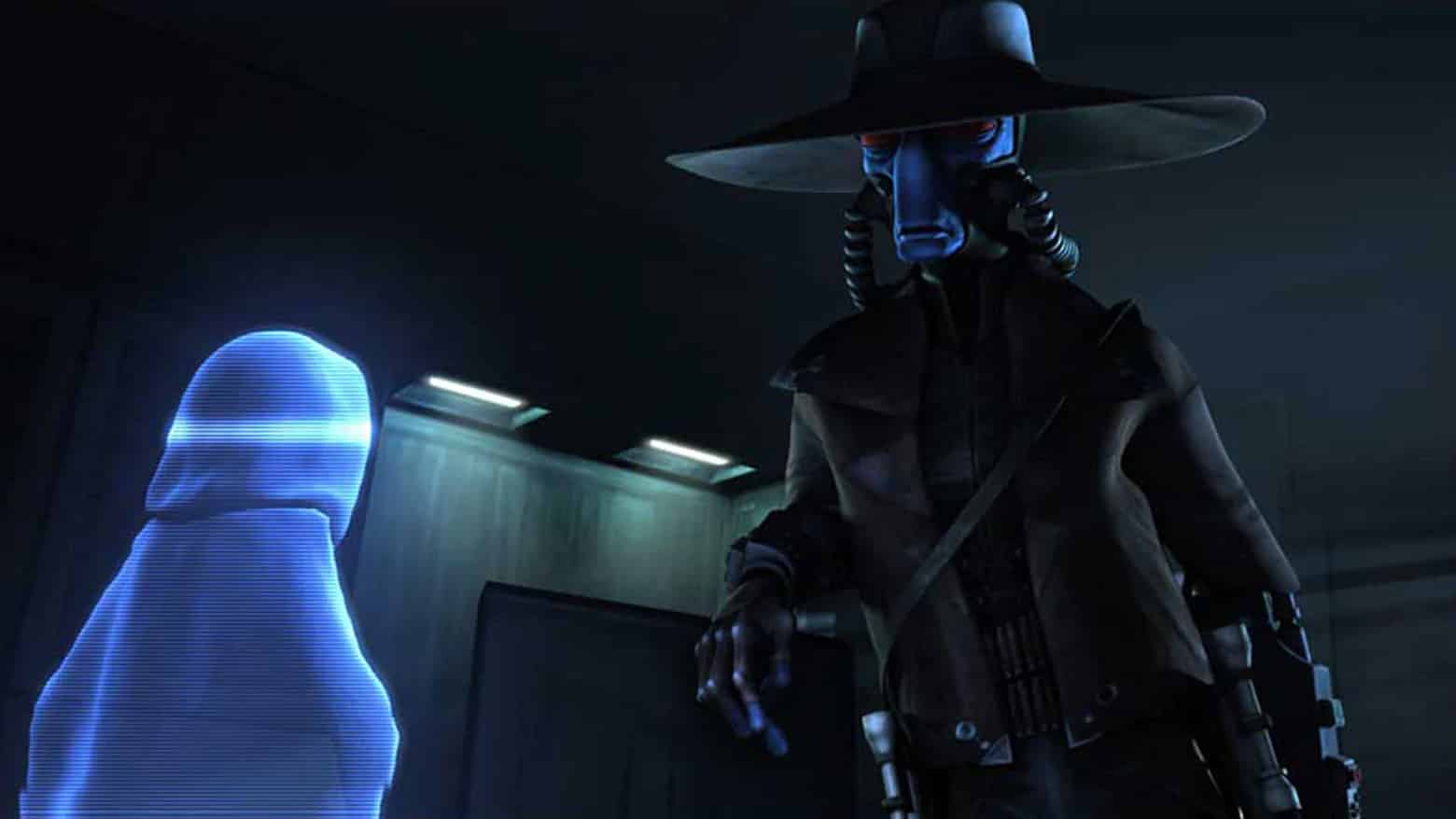 There’s also an endearing flexibility of genre and influence that is often absent in the sequel trilogy. While The Last Jedi is visually literate and thematically rich, The Force Awakens and The Rise of Skywalker seem to draw primarily from other Star Wars films as influences.

In contrast, The Clone Wars draws from influences as eclectic as one might expect from the prequels. An early episode has Padawan Ahsoka Tano navigate an homage to Akira Kurosawa’s Stray Dog. There’s a shout-out to classic Godzilla movies. Late in the series, Ahsoka becomes embroiled in a conspiracy in a four-part arc with episode titles alluding to the work of Alfred Hitchcock.

The Clone Wars is comfortable transitioning between genres, largely credited to Lucas’ involvement. Lucas suggested designing bounty hunter Cad Bane to resemble Angel Eyes (Lee Van Cleef) from The Good, the Bad and the Ugly. When the animation on the Second Battle of Geonosis was not working, Lucas directed the crew to classic war films like The Battle of the Bulge and Battle Over Britain.

The result is a version of Star Wars that can transition effortlessly from one type of story to another, jumping between reimaginings of Aliens and Invasion of the Body Snatchers to stories about banking deregulation and the challenges of small-scale insurgency. The Clone Wars can offer conspiracy thrillers and crime epics, capturing the gonzo genre elasticity of Attack of the Clones.