After obsessively playing Stardew Valley for 55 hours over the course of one week, I lost interest rather abruptly when I ran out of things to work towards. I’d gotten all the house, barn and coop upgrades, restored the community centre, and was making money hand over fist that was doing nothing but pile up in my Scrooge McDuck money bin. 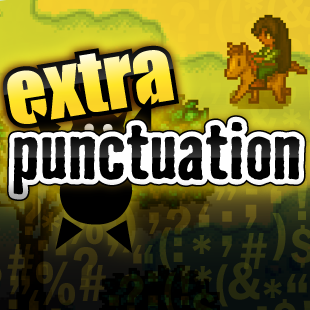 I’d also married the nearest convenient bit of fluff and squirted a baby out, and as seemed to be the trend with the game, was rather disappointed with the ‘reward’ for these lengthy processes. The courtship’s the fun part because potential partners take part in unique events and cutscenes reflecting their personalities, but once you’ve gotten a ring on their finger all that personality seems to evaporate. They become just another labour-saving device on the farm that you feed with presents. Some days they feed the animals, some days they water the crops. By that point the farm exclusively used automated sprinklers and feeders, but I didn’t have the heart to tell her.

I never wanted her to abandon all the trappings of her previous life and bum around my house all day. It was almost sad that I never saw her roaming around the town hanging out with the other NPCs anymore (if she had it may have increased the chances of cot death but hey, it’s not a game without adversity). I was disappointed that the game never seemed to acknowledge the marriage; no one in town ever asked how she was doing, if the kids were alright. When the town festivals came around I never felt like we were attending them together. She’d always already be there when I arrived, standing in her usual allotted spot making slightly impatient-sounding queries as to whether I wanted to go home yet.

Well, frankly the whole relationship element of Stardew Valley was rather off-putting. Every character has a heart meter representing how they feel about you that goes up when you give them presents that they like and goes down if you don’t do it often enough. Which makes the population of this village come across as a rather sociopathically materialistic bunch. Fair enough that giving them a nice present increases their esteem for you, but surely that esteem shouldn’t go down so easily, as long as you talk to them frequently and don’t mail them little packets of dogshit.

Long-time readers should know that I’m a sucker for a well-done romance in a game, because I’m so crushingly lonely.

I always think video game relationship sidequests of the ‘harem’ variety, like in Harvest Moon and its derivatives and RPGs in the Mass Effect or Dragon Age vein, could actually benefit from more realism. Normally you abandon realism for gameplay and challenge, but the only challenge (in Stardew Valley at least) is figuring out through trial and error what each character likes, and working a romancing schedule into an already packed list of repetitive duties. On the whole, probably best to shoot for emotional impact instead. Long-time readers should know that I’m a sucker for a well-done romance in a game, because I’m so crushingly lonely. And the emotional benefit one gets from those increases the more complex and realistic the characters come across.

Someone whose affection must be bought with constant presents does not carry that realistic emotional weight, because in the real world the gift-giver would be on the highway to a restraining order. Surely regularly meeting and making conversation suffices for most people. Maybe you could have SOME characters who demand constant presents (I wouldn’t be attracted to someone like that but maybe others would appreciate the challenge, we are gamers after all) but why not have other characters who grow attached to you from other ways? From simply observing you as you do things they find attractive, Fallout 4 style. The shy shepherdess who walks by your meadow every day to watch your firm, masculine hands squeezing a cow’s udders.

So, allow seduction through less flagrantly materialistic methods, problem solved, right? Well, not quite. It still tends to be a very mechanical process – say or do correct thing X number of times to earn one passionate knobbing session round the back of the shed. Counter-intuitively, I feel something is lost if absolutely ANY character can be successfully knobbed after patiently wearing them down for long enough. I think it’s worth factoring in that some people just won’t find you attractive no matter what you do. We’re talking about giving them personality, after all, and part of having a personality is having preferences. Yay for giving the player a full range of choice but making every character potentially pansexual just leads to blandness.

I’m not just talking about sexual preferences, here. Maybe some characters just can’t see past the fact that your character is ginger. I know this wouldn’t paint him or her in a positive light, but surely it would make the relationship with the person you CAN successfully seduce all the more satisfying, knowing they could see past your flaws and freakish mutations. But it needn’t be just about physical characteristics, either. Here’s a random idea: alter the effectiveness of specific seduction methods based on your character’s experiences and achievements in the game so far. So let’s say there’s a lady who likes cows. Obviously you want to pick the ‘Talk About Cows’ option. But you’ll never moisten her panties if all you have to offer is a story about the one time you saw a cow at a bus stop. Whereas if you own a cow, and can supply some hilarious cow-related anecdotes, you’re going to bend her ear for longer, and perhaps bend some other things.

Sorry, this is getting crass. Another random idea: as well as the ‘affection’ meter that fills as you directly interact with characters, how about an ‘expectation’ meter that reflects what that character has learned about you from afar? This is what would rise when that shepherdess from the earlier example is spying on your lush bod. Then it could work like how being well-rested works in World of Warcraft, with the next chunk of the XP bar filling up at a faster rate. So the cow lady’s expectations rise when she hears I just bought a new cow, and if I then talk to her about how there’s nothing quite like new cow smell her affection will rise faster to meet the expectation level. But high expectations can also work against you. Someone with low expectations won’t bat an eye if you break wind on the way to the bar, but for that peeping shepherdess, it might be what forever taints your recurring role in her frantic masturbation fantasies.

Sorry, things got crass again. Maybe I should stop there before wee wee bum knickers. OH SHIT TOO LATE