Loyal readers, you don’t really need us to tell you that San Diego Comic-Con is currently dropping a nuclear bomb-size number of people right onto downtown San Diego, do you? Well, just in case, San Diego Comic-Con is in full swing, and The Escapist is there, wading through endless multitudes and enduring the humidity that only the crush of a thousand exhausted superfans can create, all to bring the story back to you. You’re welcome.

But we’re not the only ones putting in the hard work – in fact, we’re not even the hardest workers. Given the heat and intense humidity, the dedication of cosplayers in attendance, some of whom must surely be absolutely dying inside their costumes, is impressive to the extreme. So, while we wait for the deluge of news to come out of today’s installment of the convention, let’s pause for a moment and pay tribute to the fans whose devotion to the craft of costuming and love of creative arts gives them what must be superhuman endurance.

TL,DR version of the above: There is a ton of amazing cosplay this year at SDCC, we’ll be showing as much of it to you as we can, and we’ll start now with this gallery. Enjoy.

First up, the second most popular man in Westeros, Oberyn Martell. 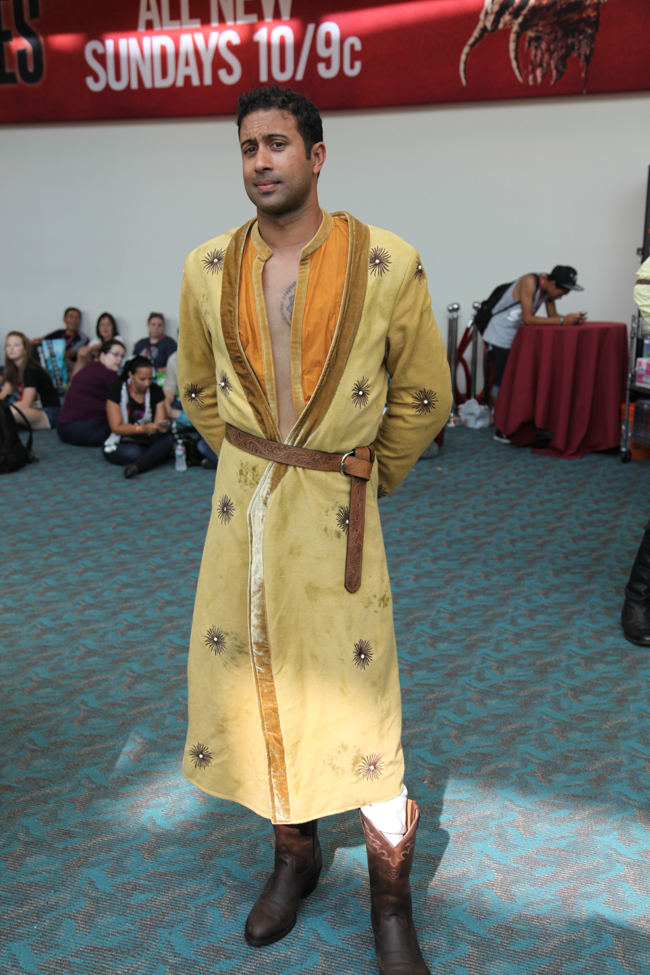 This machine is amazing, and we promise we’ll be getting a much close look at it for you, tomorrow. 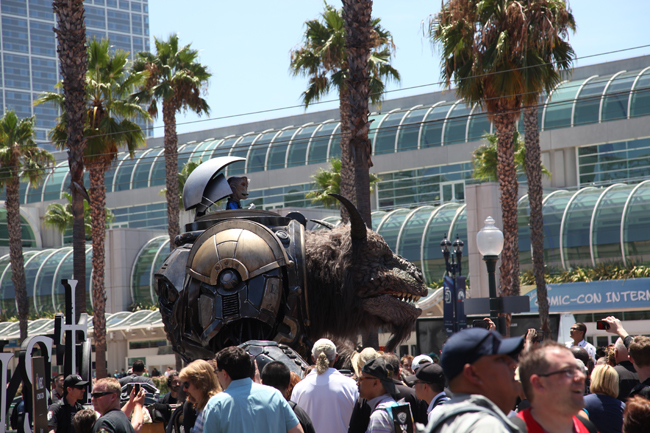 Do we love this costume? I know I do. 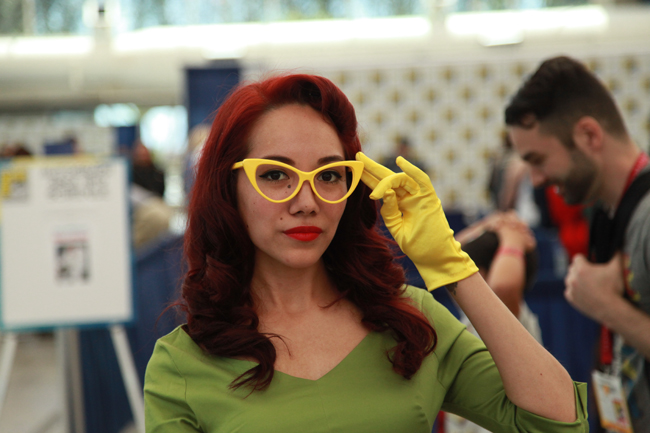 The Bride and The Hound. Obviously, because The Hound is basically medieval Bill, and The Bride is a modern day Arya Stark. 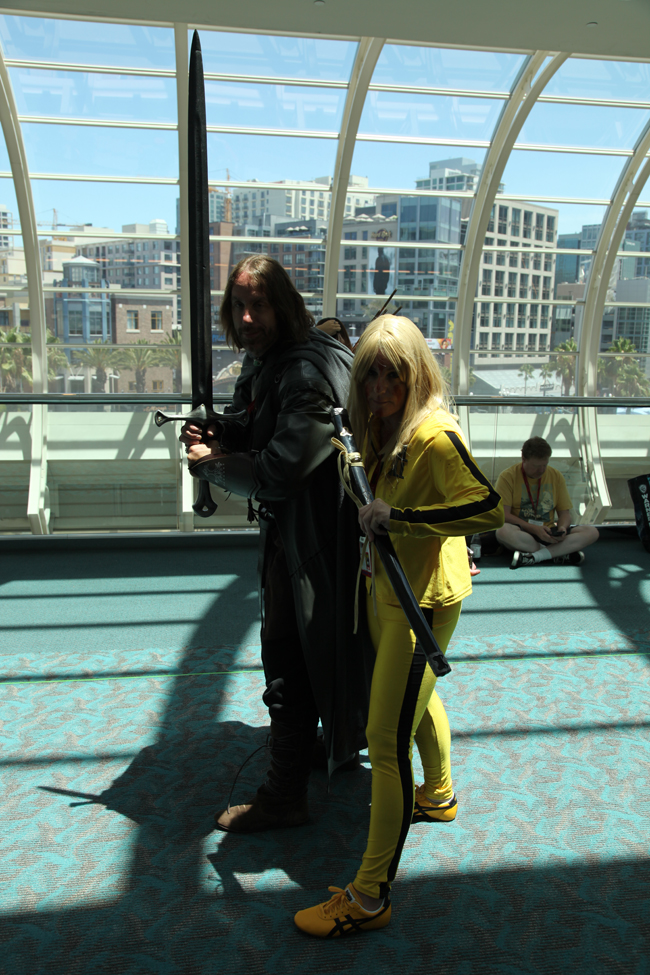 This costume is great, but it really reminds us how ridiculous Wolverine’s hair is. YES EVEN YOU, HUGH JACKMAN. 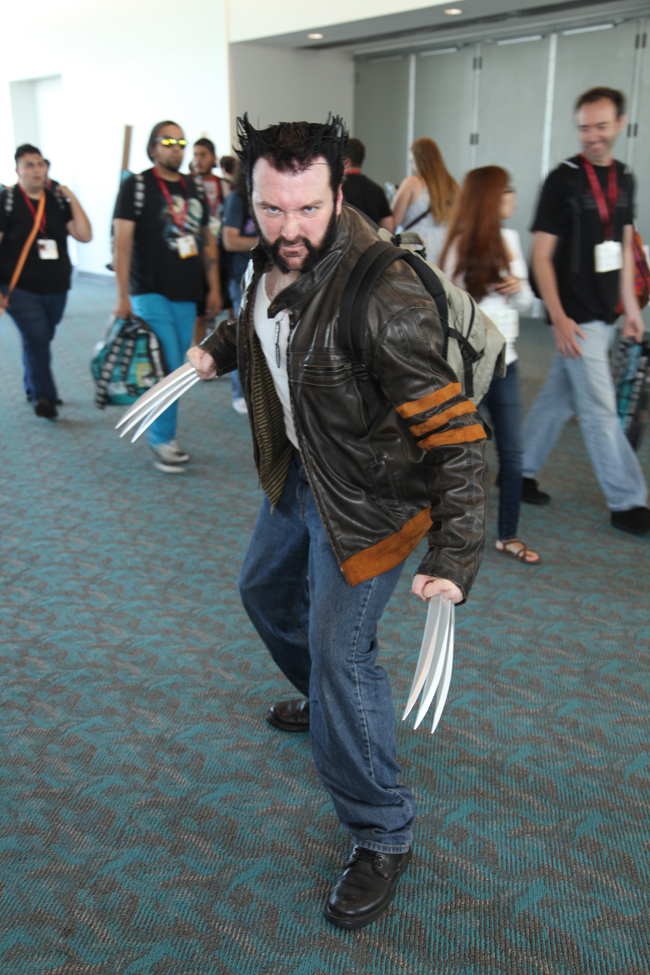 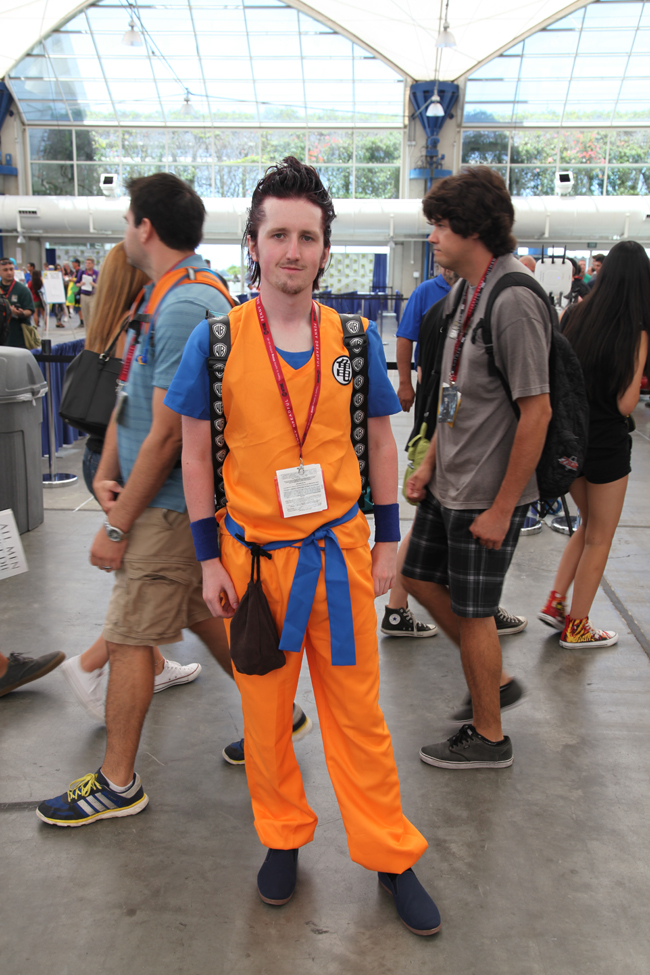 There is a whole group of Tim Burton Alice in Wonderland characters walking around. We’ll have a shot of them in our next gallery. 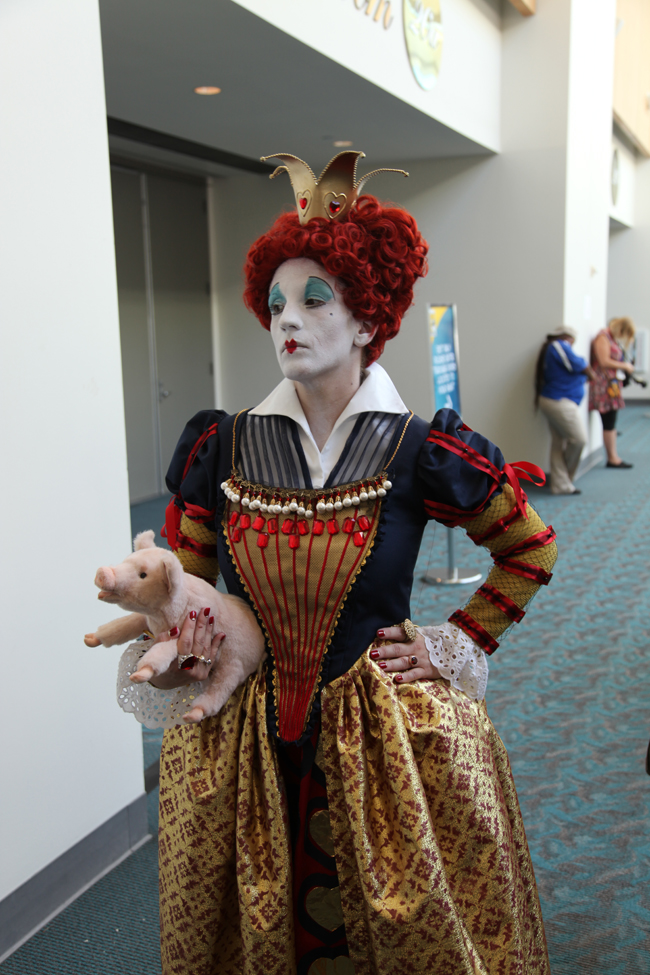 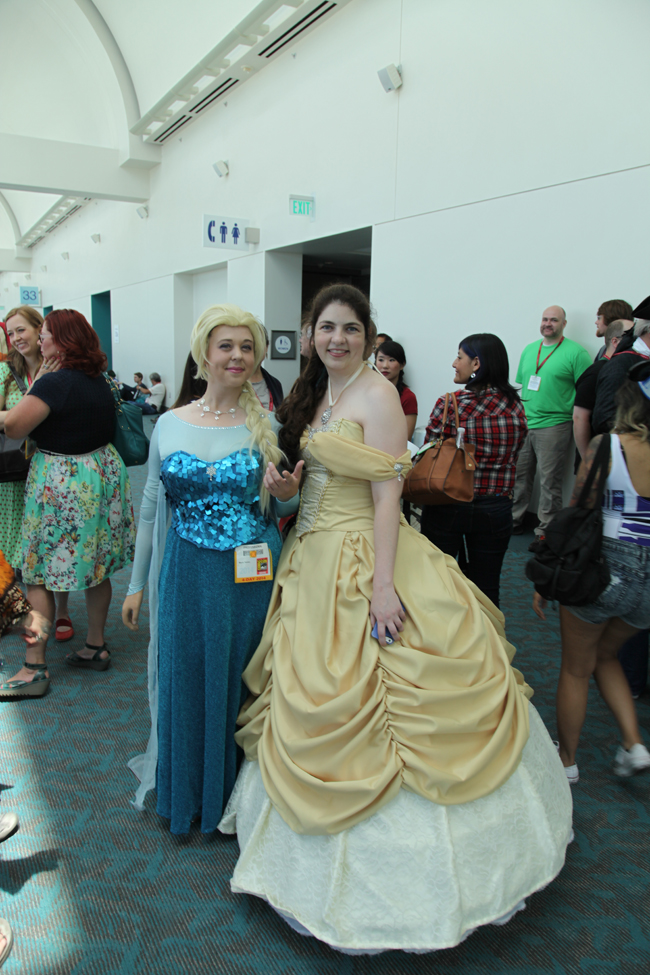 In case you forgot where we are… 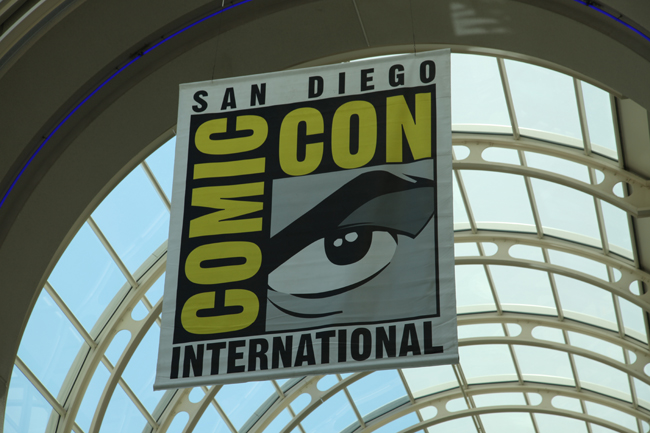 Guaranteed Capcom has a crossover fighting game based on this photo, coming soon. 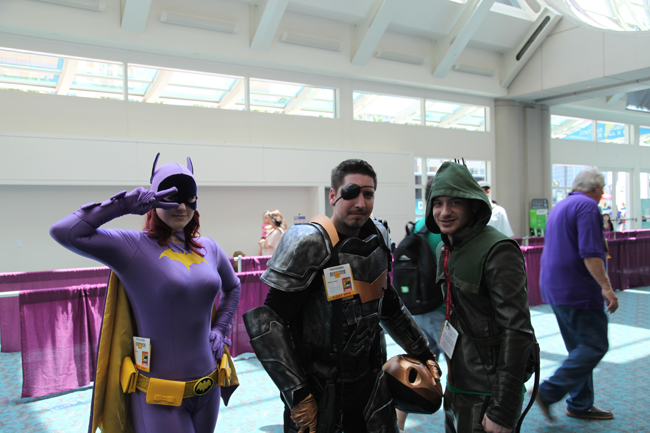 Speaking of crossover fighting games, who would win in a fight between Chun Li and Harley Quinn? 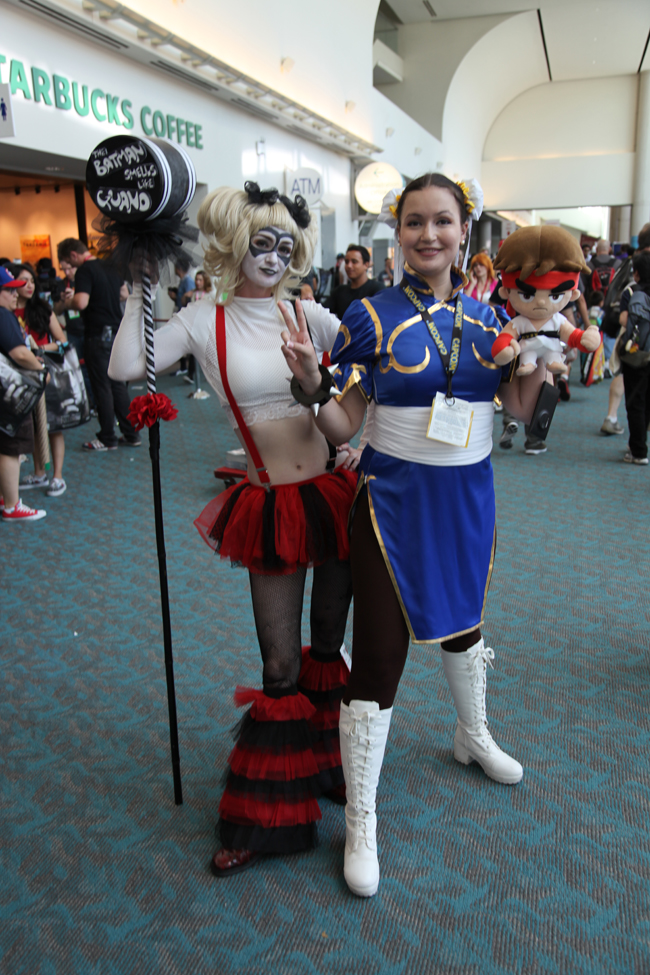 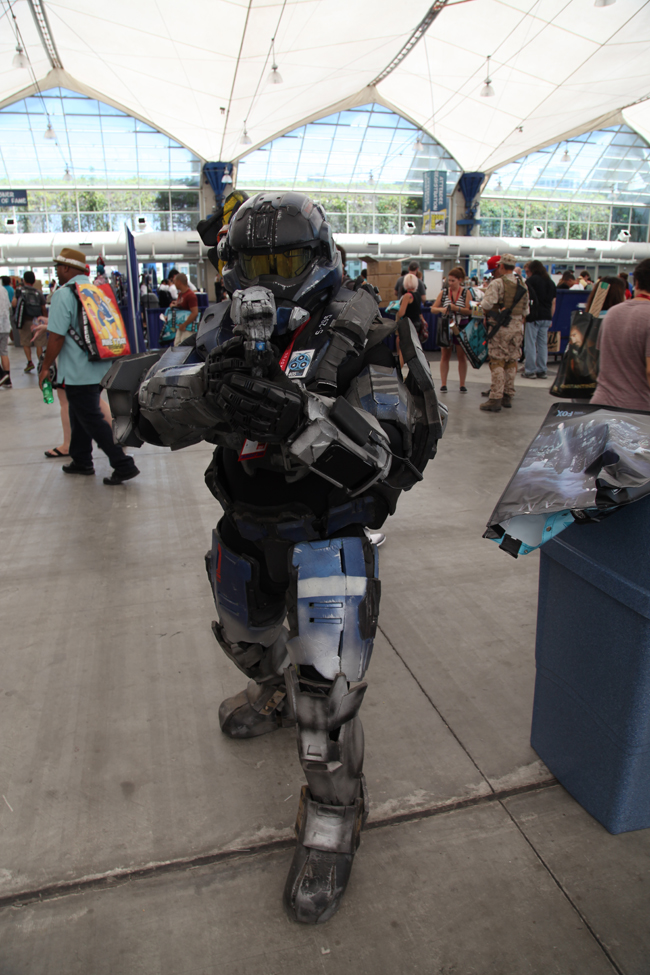 Believe it or not, this isn’t the only Lady Darth Maul in this gallery. 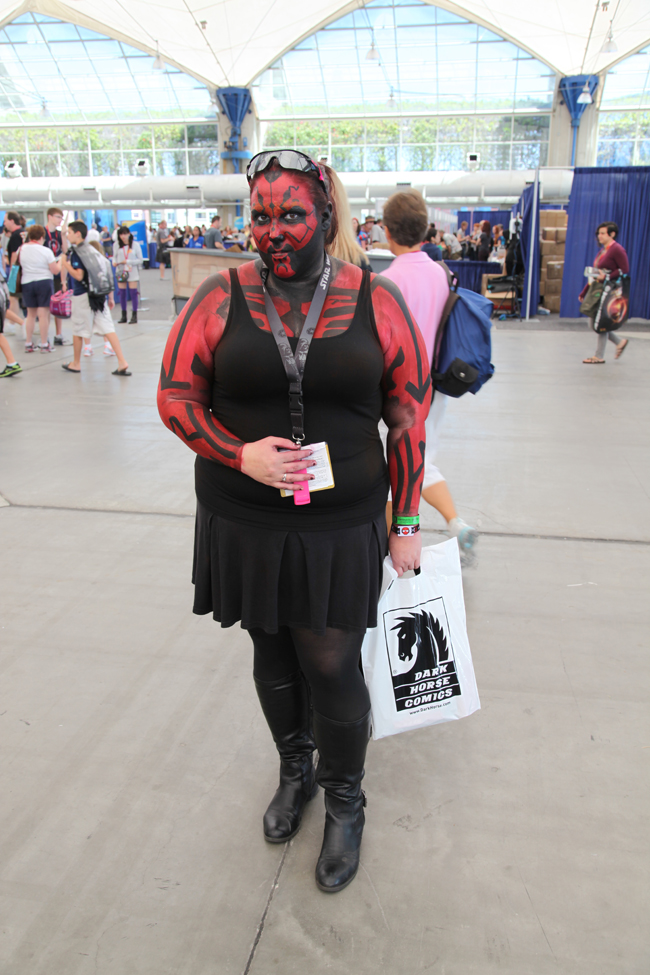 Give me an honest answer: how many of you actually like BioShock Infinite? 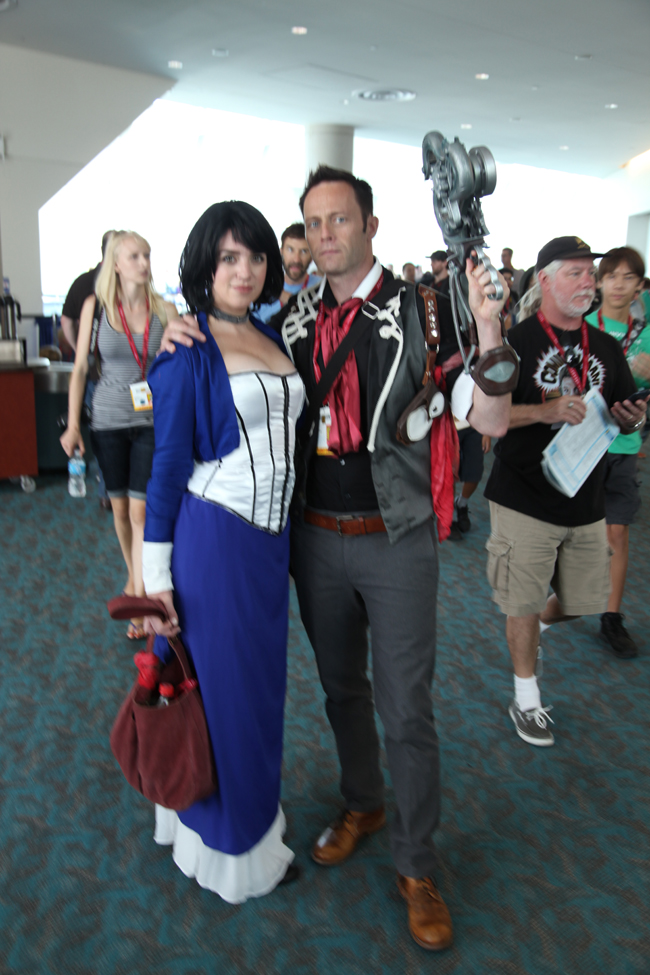 The guy in the middle is doing Teddy Roosevelt cosplay. Not a joke. 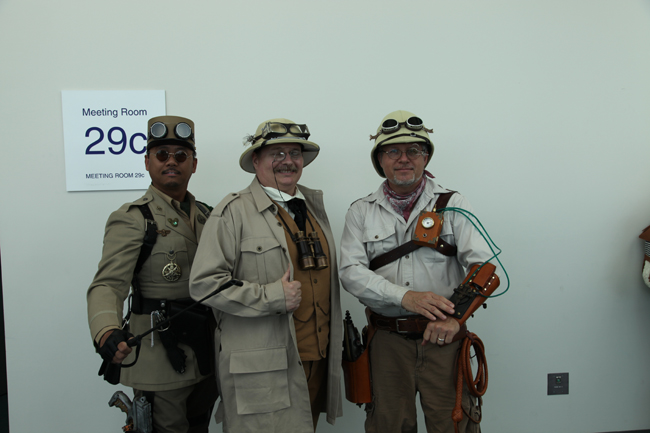 All conventions are now required by law to include at least 10% Attack on Titan Cosplay. 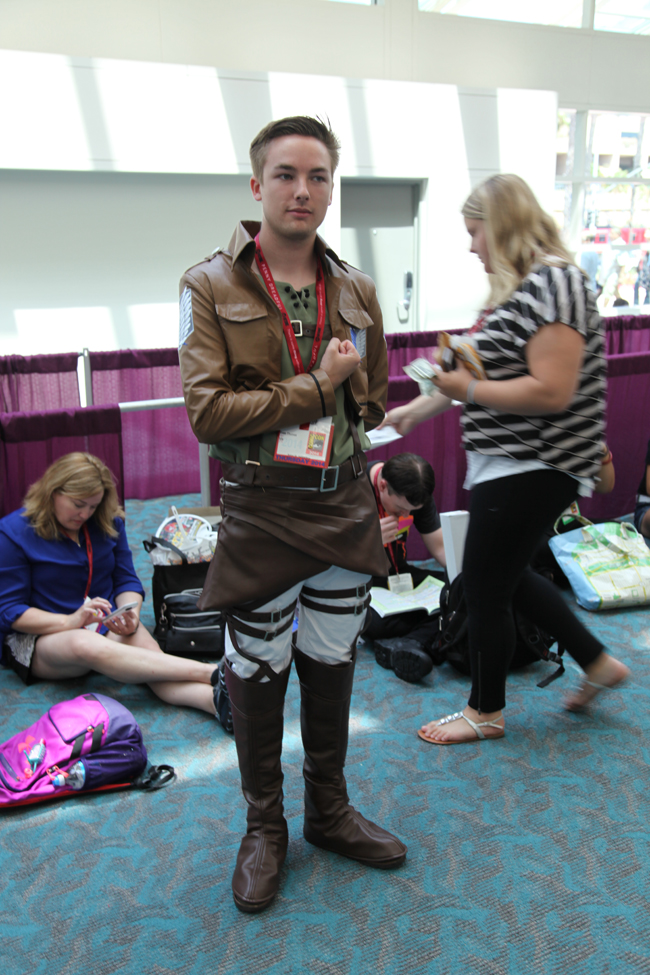 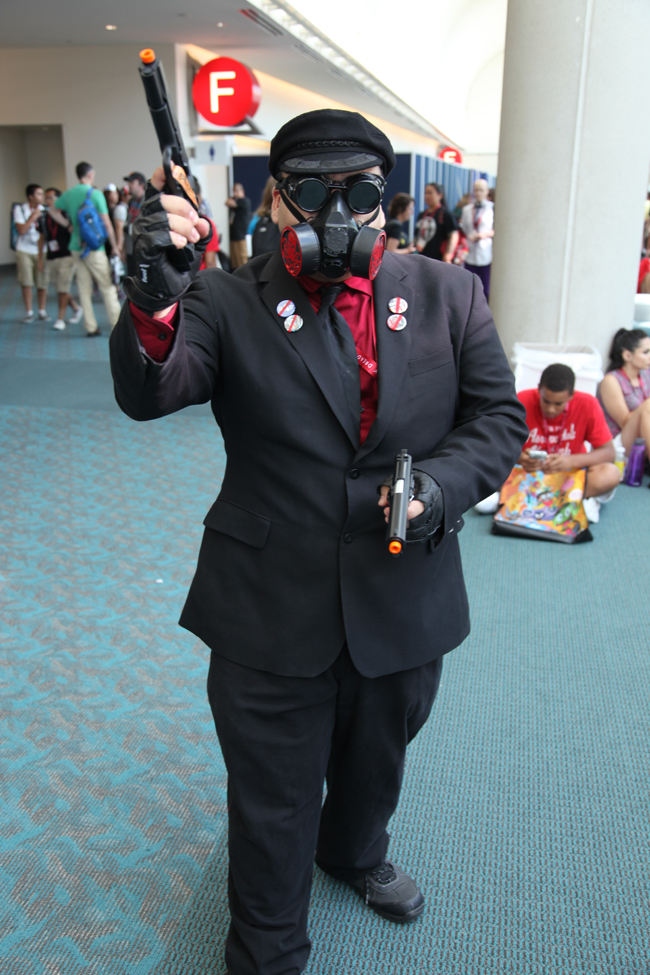 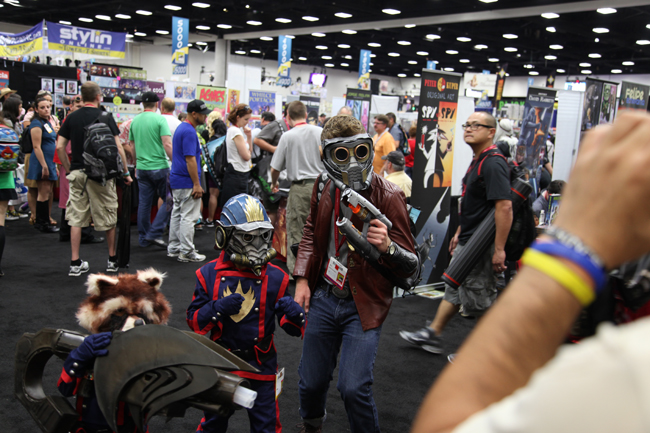 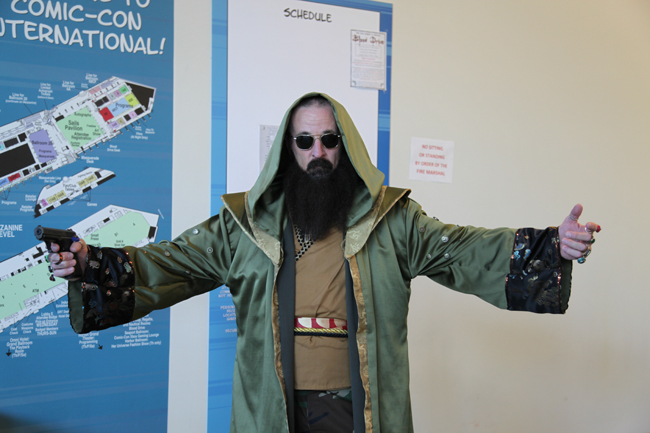 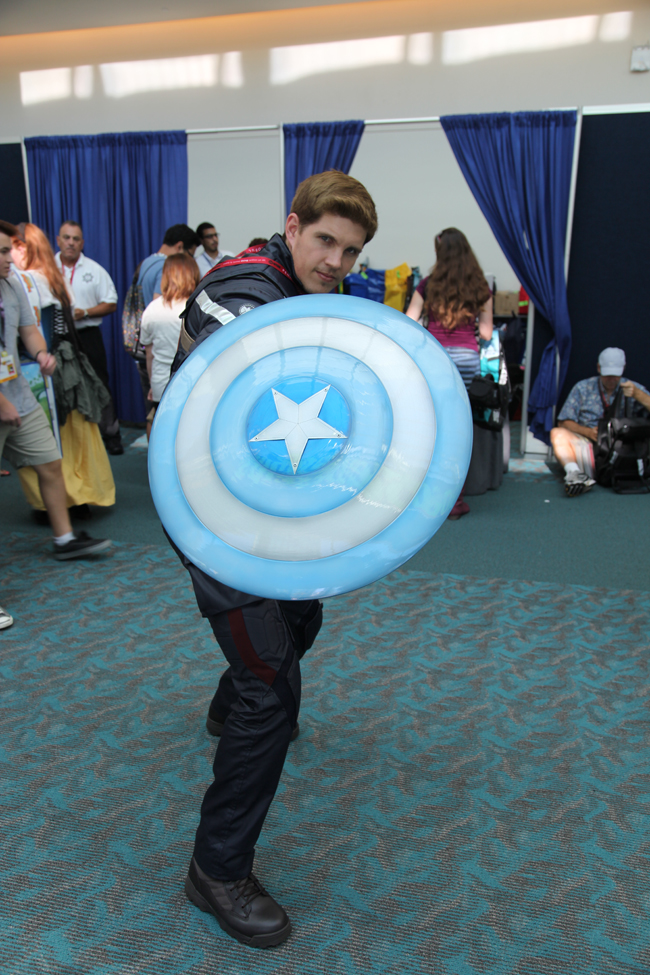 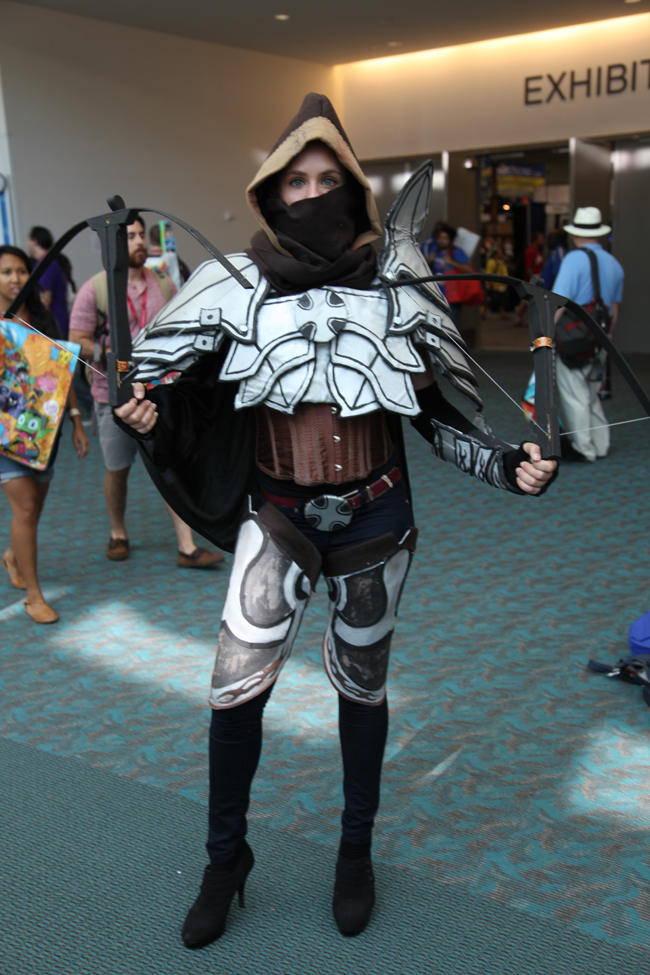 John Constantine hanging out with the Doctor and a few friends. 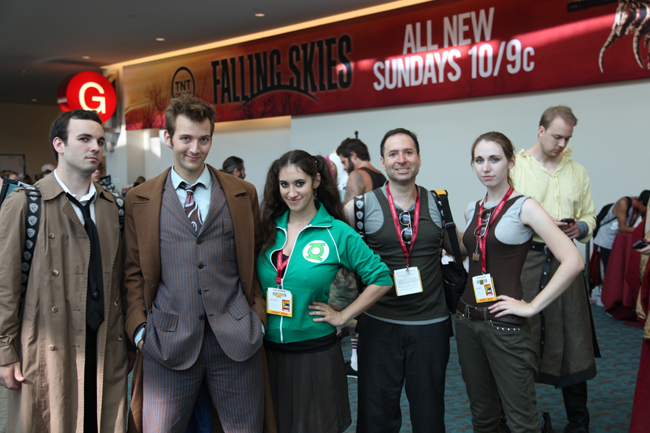 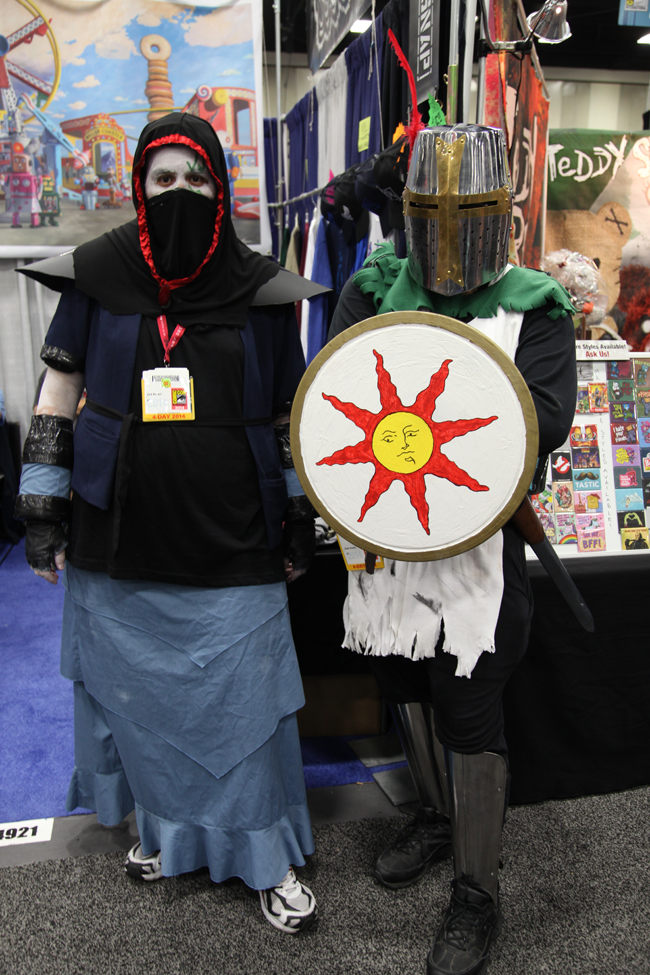 The lady Sith Lords are my favorite thing. 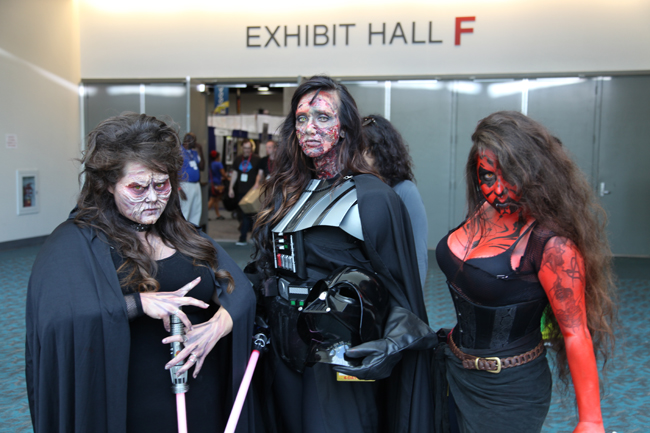 We’ll have more later on, and tomorrow, and so forth. Until then, say bye to Sailor Mercury and Cecil, the intrepid radio host from Welcome to Night Vale. 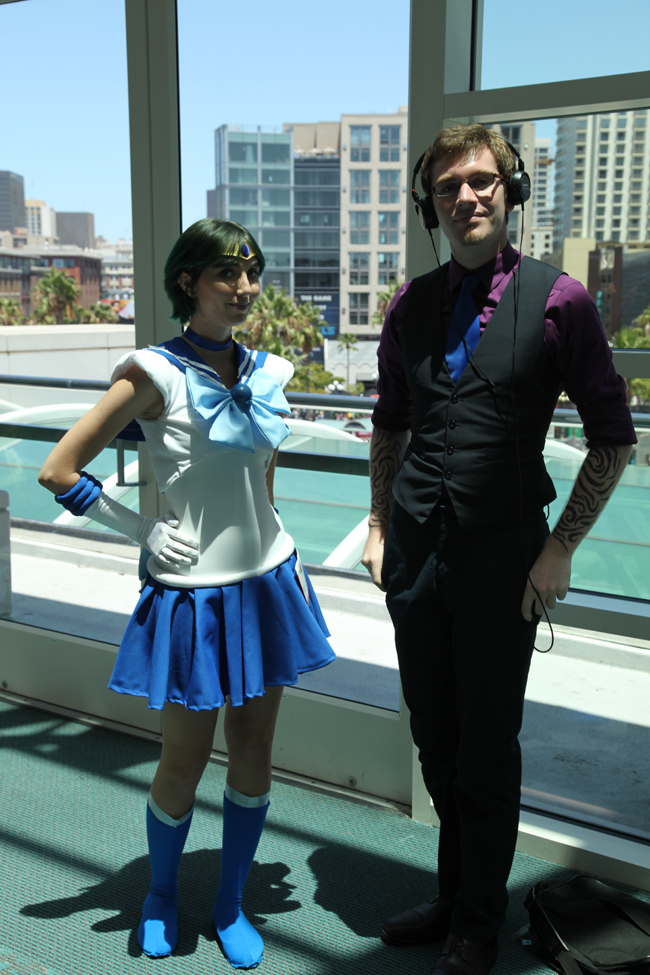