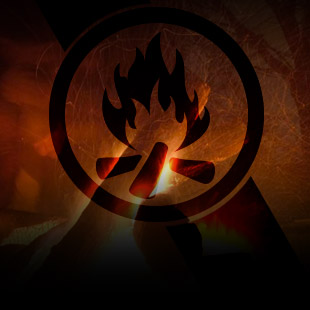 Role playing and collaborative writing have been part of the internet for a long time, from MUDs to Fanfiction when nerds migrated online en masse they brought some of their favorite hobbies with them. There has always, however, been a woeful lack of dedicated platforms for that. There have been attempts, sure, and we have forums, and sure, we have video chats, but none of those things were built exclusively and as dedicated platforms for those who want to write and create in a shared world. Now funded on Kickstarter, Storium wants to provide a platform for that creativity, and from some hands-on time I can say Storium has the power to do that.

“We want to make something new and additive for the online community,” said Co-founder Stephen Hood when I spoke with him about Storium. See, Storium doesn’t necessarily see itself as a replacement for the way people have been doing things up until now. Storium is something new. “Games are an engine for creativity,” Hood said. He hopes Storium will bring lapsed authors, fanficiton writers, and roleplayers back into the fold. “It’s about a framework,” he said. “We don’t talk about ourselves as a play-by-post [roleplaying] system, instead we talk about ourselves as an online storytelling game.”

“Really this is about the narrative and storytelling experience.”

That’s why Storium is working with established authors – a virtual who’s-who of the speculative fiction and roleplaying communities – to build a stable of fictional worlds, premade for people to jump into. They’re reusable playsets, and no two games in them is the same, but they provide a jumping off point for new and old storytellers alike. “This turns writing into a multiplayer game,” said Hood. Conversely, in play, I found it turned roleplaying into a constructive writing exercise – one approachable for both writers and non-writers alike. I simply hadn’t written this much fiction for no reason at all in some time, and the nature of the network made meeting a few strangers to play with very easy.

Storium utilizes a simple system for determining narrative control. There are players who control a single main character, and a player who takes on the role of narrator, framing scenes and handling secondary characters. While any given player or narrator can chime in at any time, scenes are resolved by the playing of cards. The cards, held by the players, represent the strengths and weaknesses of their characters. Those cards are played against challenges set by the narrator that require a certain number of cards before they are resolved. When a card is played, the player narrates the part of the story that the card maps to – like how your detective’s deductive skills find clues at the crime scene. Those challenges map to the chapters and dramatic beats of a story, and how the players resolve them by playing cards determines who narrates the outcome of the scene.

Storium will be structured as a service, and will cost a certain amount as a subscription. Worlds will be available for a small purchase, what Hood called “an App-like price” – but creating a world all of your own will be free, and there will be a stable of free worlds for everyone to use. To play in a world, only one person has to own it, but everyone has to have a Storium account. The current Kickstarter has a buy-in of $20 for a year. Currently sitting at over five times its original goal of $25,000, as the campaign has rolled on more and more big names have signed on to produce content – most recently, famed game designer Jordan Weisman. Only more time can say if Storium will be the next big disruptive thing in roleplaying, but for now all I can say is that after spending a few weeks with the website, this is a do not miss experience. The current Kickstarter ends May 8.