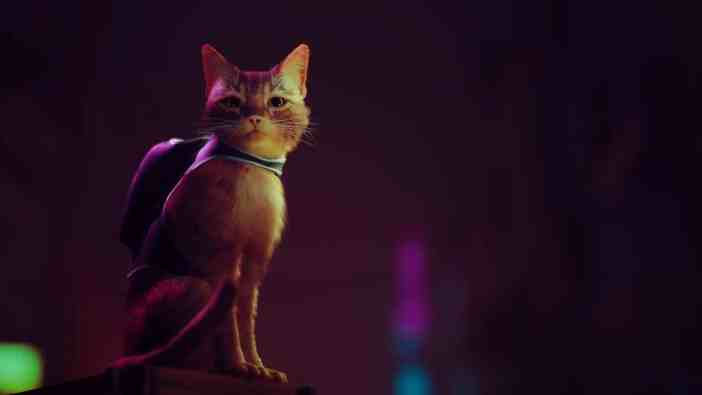 Annapurna Interactive will continue its trend of unique, compelling games next year when developer BlueTwelve’s Stray launches on PlayStation 5 and PC.

Unveiled at Sony’s PlayStation 5 reveal event, Stray puts players into the paws of a cat prowling the streets of a futuristic, dystopian city inspired by Kowloon Walled City. The game’s grimy cyberpunk aesthetic take center stage in the trailer, as the feline protagonist wanders through the streets. The city is populated by robots, while graffiti in the background suggests some kind of post-apocalyptic setting.

While only the barest tease of gameplay is available, the developers at BlueTwelve hint that players will have varied experiences. Stray is a third-person adventure that will incorporate a range of different gameplay types, from stealth to puzzle-solving to fast-paced action. Players will also be able to engage in typical cat-like behavior, such as annoying passers-by with incessant meowing. More information and footage of gameplay is set to arrive in the coming months.

As well as unraveling the mysteries of the city, the player must escape with the assistance of a drone called B12.

Stray has been in development since 2015, previously known as HK_Project. In 2016, Annapurna Interactive reached out to the two-person team of former Ubisoft developers, assuring funding and enabling the studio to expand.