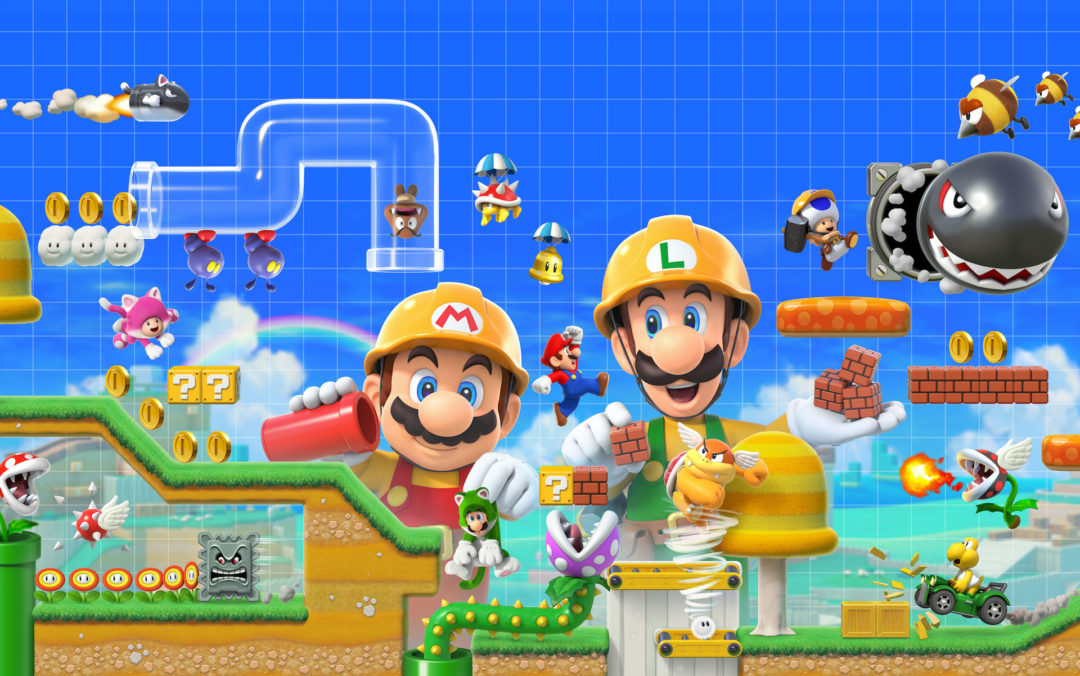 Early on Monday, Nintendo announced that Super Mario Maker 2 is finally getting its first major update — more than five months after it was originally released. The big appeal of what Nintendo is calling version two of the 2D platformer is the addition of the Master Sword from The Legend of Zelda, which transforms Mario into Link. While it’s only usable in the original 8-bit Super Mario Bros. theme, it will add a completely new way to play.

Link being playable isn’t a completely new addition to the series — the hero of Hyrule appeared in the original Super Mario Maker for Wii U. However, he was only available as a costume power-up. This gave the character a custom taunt (he would hold up a Triforce piece) and a few Zelda sound effects played whenever players cleared a course or died, but otherwise he played exactly like Mario. Ultimately, he was just one of the 153 different costumes in the original.

In Super Mario Maker 2, rather than just being a palette swap, Link actually plays as he should. Just like in his NES adventure games, Link is able to use the Master Sword to slice through enemies and equip his shield to deflect projectiles. Link also has some projectile attacks of his own in the form of a bow that can shoot arrows in three directions and bombs that can be used to destroy blocks.

With Link, Nintendo has added a whole new layer to the game that will allow players to create levels taking advantage of Link’s unique skills. In fact, it’s highly encouraged; a lot of his weaponry will break levels that are designed around Mario’s default abilities, as Link can bomb his way past obstacles and take out enemies from a distance. While there sadly aren’t any Zelda enemies to drop into the courses (beyond the Mario characters that made a cameo appearance in Link’s Awakening), this is the closest we will get to the oft-requested Zelda Maker for the time being.

Super Mario Maker 2 was an excellent sequel in many ways, as it built upon the original’s core gameplay by adding new themes and tools for building levels. However, it took a step back in terms of goofiness due to its removing costumes. While these didn’t add a ton to the gameplay itself, it was still a lot of fun playing through Mario levels while wearing ridiculous costumes. Who would have ever thought that Chitoge Kirisaki from Nisekoi would have been in a Mario platformer, let alone other mind-bending crossovers like Kitty White, Shaun the Sheep, and even the floating head of Brain Age‘s Dr. Kawashima. These cameos were perfect for creating themed levels around their various properties, and since most of the costumes were from other video games, creators had a lot of options to use.

This update goes a long way towards adding some of that irreverent fun from the original back into the sequel. On top of the Master Sword power-up, there are also two enemies being added to Super Mario Maker 2. These are Spike, the small Koopa that can regurgitate giant spiked balls out of its mouth, and the multi-part cactus enemy known as Pokey. Both of these are interesting additions as they aren’t just enemies; they are also puzzle-solving options. Spike’s balls can be used to hit other parts of the environment and even as a weight on a seesaw, while Pokey has flying and snowman variations that can be bounced on by Yoshi or give the player snowballs to use. 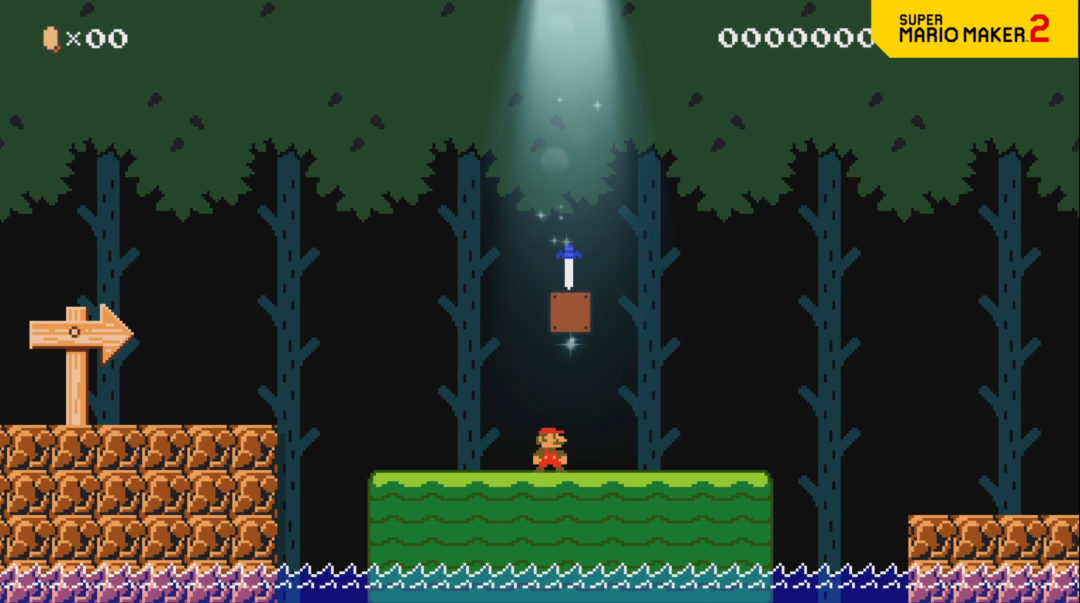 Other notable additions in the second version of Super Mario Maker 2 include frozen coins that need to be thawed out, P blocks that players can activate by hitting a switch, and a new Super Mario 3D World-exclusive dash block that will give an automatic speed boost. The dash block in particular looks to be quite versatile. It can be used to force the player into frantic platforming sections that require pinpoint accuracy, or it can be used in conjunction with the Koopa Troopa car to build some ridiculous driving levels. These are exactly the types of gameplay additions that the game needs to keep the community engaged and to get them to create new types of levels.

Last but not least, Nintendo is adding in a new mode called Ninji Speedruns. It has players competing against the ghost runs of other players (represented by the tiny ninja enemy Ninji) in new levels made specifically for this mode by Nintendo staff. Speedrunning has always been a key part of Super Mario Maker, and having a dedicated mode full of levels that are designed around going through difficult levels quickly is a great addition. Players will also be able to unlock special Mii costumes in the mode. This is great as it encourages more casual players to check the levels out even if they aren’t trying to post a time that will top the leaderboard.

While it might be coming a bit later than many had hoped, Nintendo is really giving Super Mario Maker 2 new life with this feature-packed update. The addition of The Legend of Zelda’s Link might be the big draw to get users back into the game, but the new enemy and block types will make sure that levels feel fresh as well. Creators have more options than ever before to build great levels, and the sequel is finally getting some of the goofy fun that defined the original Wii U release as a truly special experience.