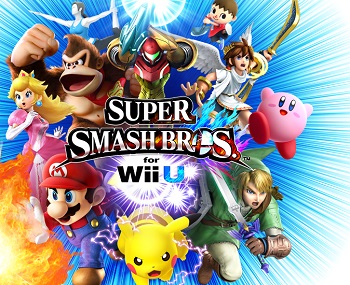 Nintendo is pulling out all the stops for Super Smash Bros. Wii U, and Smash feels better than ever.

There’s one thing the Super Smash Bros. series has held on to in every iteration: fun. With practice, you can become an amazing player, but the game itself is easy for beginners to pick up.

Nintendo’s latest Super Smash Bros. game represents what Nintendo needs to be: fun. The series has always been solid, but it’s obvious a lot of hard work has been put into every character to make them unique but also powerful in their own way. Sticking to my tried-and-true favorites of Pit and Link, I tested both characters out in a hands-on demo. They felt good – not changed too much from Brawl, but they both had one or two new moves. Like always in Smash, the only way to figure out what works best for you is to play different characters, try out some moves, smash some buttons, and see what happens.

There’s no need to memorize convoluted combos in Super Smash Bros., and that’s what makes it so easy for new players to get into the game. Some players want to be completely in the action, and others like more variety, being able to bounce between melee and ranged attacks. (Don’t listen to anyone who tells you projectiles are cheap!) Players can compete online, but there’s something special about playing Smash with friends or strangers around you. Everyone reacts to the game differently. Some are very quiet while they play, others joke around, and some people are a mix of the two. But when somebody pulls off a knockout in the last five seconds, it’s hard to keep your mouth shut whether you’re playing or spectating. Things go quiet when a match comes to an end. In a close battle on the clock, it’s hard to know who pulled out in front. And then, just as you’re expecting the portrait of the winner to appear, the dreaded words appear:

SUDDEN DEATH. Then, if you’re like me, and you’re in that sudden death, you’re shouting, and you’ve got a couple seconds to land that hit. 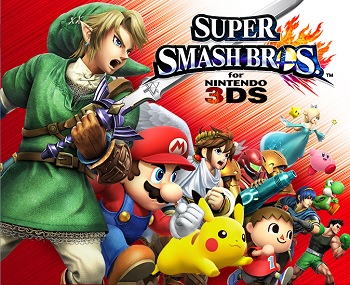 I also tried the 3DS version of Super Smash Bros., but I was unsatisfied. This could be in part due to me having used a GameCube controller to play Smash Bros. since 2001. Using the 3DS now feels so unnatural. Making quick movements with the circle pad didn’t feel as responsive, especially jumping with the circle pad. Visibility is a bit poorer, but the option to toggle on a black outline makes the fighters easier to see at least, even if it’s a slight difference. It’s hard to match up to the HD of the Wii U.

Finally, the 3DS’s version includes Smash Run, a single player mode where the player runs around in an open environment trying to defeat as many enemies as possible while collecting power-ups in five minutes. This will feel familiar to anyone who has played Kirby Air Ride. After the five minutes, the player then participates in a free-for-all fight.

Nintendo’s basically preaching to the choir with Super Smash Bros for Wii U and 3DS. This is a well-established series, and there will probably be plenty of people who buy a Wii U for Super Smash Bros. With director Masahiro Sakurai sharing bits and pieces of the game’s progress through Miiverse, fans can easily watch the tweaks and additions to the game. The three newest fighters to join the roster are Pac-Man, Palutena, and Mii Fighter.

Super Smash Bros launches for 3DS on October 3, having been delayed from a planned summer release. The Wii U version launches in time for the holiday season this year.