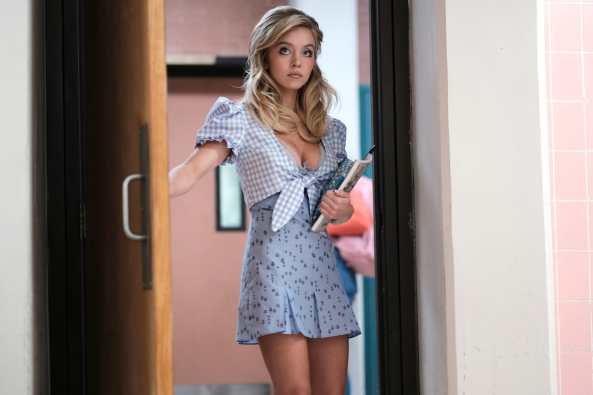 It appears that the tangled web (get it?) that is Sony’s Spider-Man Universe has snared a new actor. Sydney Sweeney, who is really hot right now after HBO Max’s Euphoria took off, has been cast in the Madame Web movie as a co-star alongside Dakota Johnson. It isn’t clear who the actress will be playing, but what the film will be about in general isn’t all that clear either.

Madame Web is, in the comics, an old woman who sits in a chair and uses her psychic powers to fight crime while she’s strapped to a life support system thanks to suffering from myasthenia gravis. That doesn’t really make for a great movie on the whole, especially when the character doesn’t directly confront any villains. Deadline is reporting that this means the film could go in a very different direction, especially considering the casting of the very-much-not-old Johnson in the co-lead role. Maybe Sydney Sweeney will be cast in some role that has Madame Web directing her actions?

One interesting tidbit is that Sony reportedly sees Madame Web as its universe’s Doctor Strange thanks to her psychic power set, so it’s possible that she is the universe-crossing bridge character that pulls in the Marvel Cinematic Universe characters, like Vulture showing up in Morbius. Sony is riding high on its Marvel success right now with Venom: Let There Be Carnage and especially Spider-Man: No Way Home delivering huge box offices, but the real test is coming soon when Morbius releases and the studio tries to evolve its own pocket universe beyond the camp of Venom. Kraven the Hunter will follow afterward.