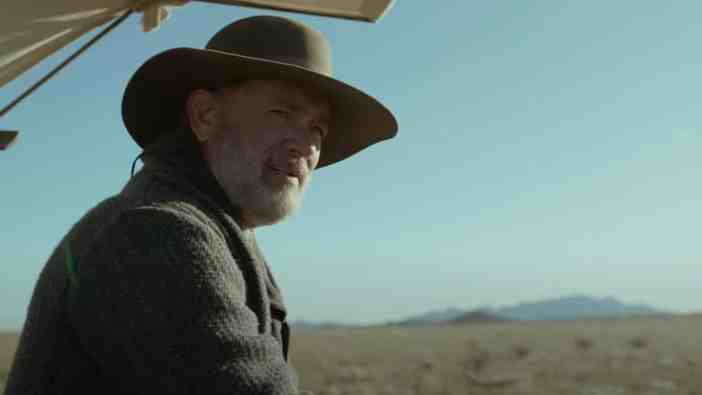 It might not seem possible, but Tom Hanks has never donned a ten-gallon hat and mosied his way across the American landscape in a western before. Given the actor’s prolific career and versatility, it’s surprising that News of the World, which just received its first trailer, is his first western, but it is. He can definitely pull the hat off.

The film is directed by Paul Greengrass, reuniting the pair from their successful collaboration in Captain Phillips. It’s also Greengrass’s first western, though his Bourne films could be said to be a kind of modern western given some of the genre tropes that feature in them. News of the World follows Captain Jefferson Kyle Kid (Hanks), who travels the west sharing the news of the world. A veteran and widower, Kid discovers Johanna (Helena Zengel), an abandoned girl whom he decides to take to her aunt despite her desire not to go.

The film seems to check every western box there is, with a solitary hero standing up for what is right against a host of evil cowboys. It will be interesting to see what creative slant Greengrass brings to the genre or if he’s just going to play it straight and deliver a classic western.

The trailer claims the film will land on Christmas day, but given the glut of movies (except for one) fleeing 2020 all together for 2021, that release date seems suspect. It may be that Universal is looking for some award season wins out of this one so is dropping the film even if it won’t make money in order to release this year and qualify.