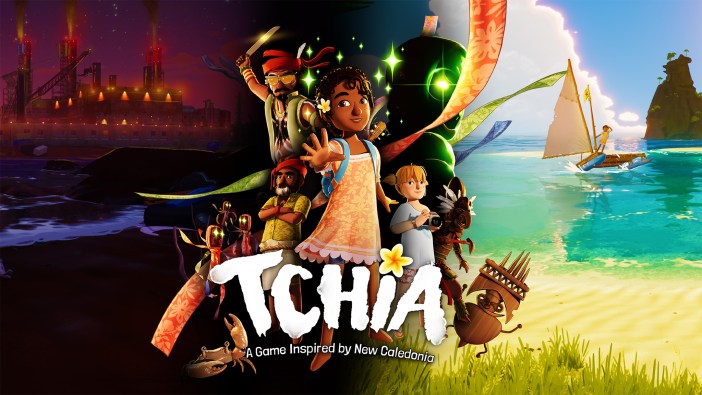 Tchia is the latest game from the Montreal-based developer Awaceb and is inspired by the studio founders’ time growing up in New Caledonia. While the trailers popped with their colorful visuals and vibrant landscapes, I was really won over by Tchia once I got a chance to go hands-on in its open world for preview, as well as experience how it cobbles together a ton of familiar elements to create something wholly unique unto itself.

It’s hard to talk about Tchia without bringing up other massive games and franchises, so let’s just get started by comparing it to one of the most obvious ones — The Legend of Zelda: Breath of the Wild. Like with the Nintendo Switch masterpiece, I felt an omnipresent sense of freedom while playing Tchia. Sure, I gathered some quests and objectives, but the true joy came from just exploring its environment and seeing what sights and activities might lie over the next hill. But where BotW focused on the chemistry between the powers of your Sheikah Slate and the various elements of Hyrule’s flora, fauna, and landscape, Tchia leans into the playful physics of its world. 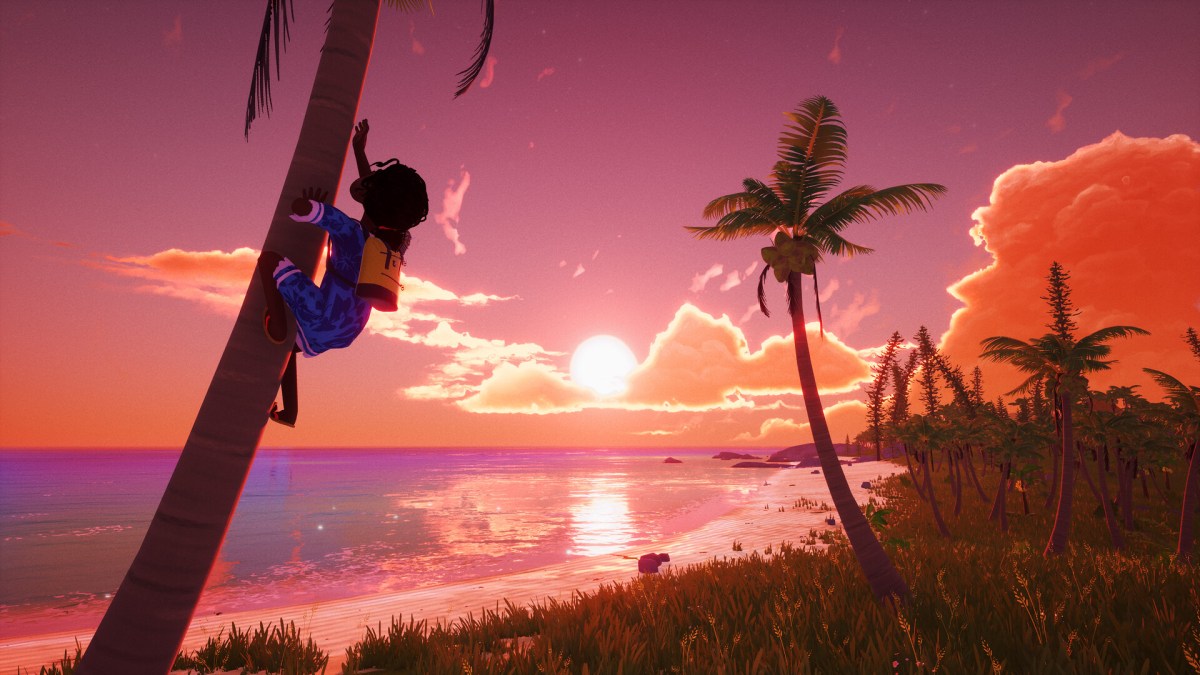 Once I wrapped my head around its surprisingly deep movement mechanics, the act of traversal in Tchia felt incredible. This was thanks in large part to its bundling of familiar mechanics from a handful of different games and genres. The stamina-based climbing and paraglider pull obviously from the aforementioned Breath of the Wild. This is strengthened when paired with the ability to catapult yourself off of trees high into the air. Back on the ground, you also have the ability to pull off rad powerslides down any slope, bringing to mind shades of the criminally underrated Vanquish. But this movement really comes into its own when married with Tchia’s main hook — your power to possess objects and critters throughout the world. 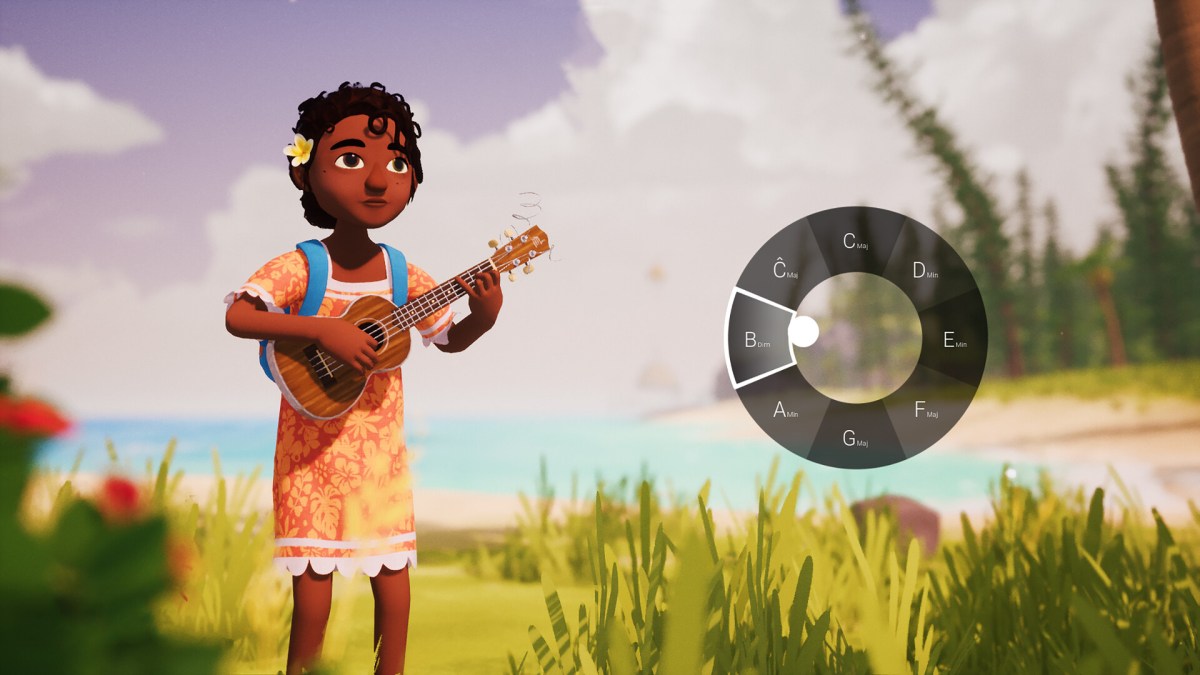 There are also shades of The Legend of Zelda: The Wind Waker present across Tchia, and not just from the chill vibes, colorful visuals, and sailing across the islands. At any point during my adventuring, I could pull out my ukulele and strum a series of melodies with different effects. Some would change the time of day or weather, while others could attract animals or even summon specific fruits that can blow up obstacles.

Despite the whimsical visuals, there’s a spirit of rebellion in Tchia that I really admire. I used those explosive fruits to destroy garish statues across the islands, sneaked up on encampments of evil soldiers made of fabric and set them ablaze by possessing a kerosine lamp, and spelunked through caves following the directions of an old treasure map. Tchia also leans heavily into letting you customize the appearance of your character, as well as your raft. While these all seem to be purely cosmetic, I was impressed by the depth with which I could put my own personal thumbprint on my adventuring. 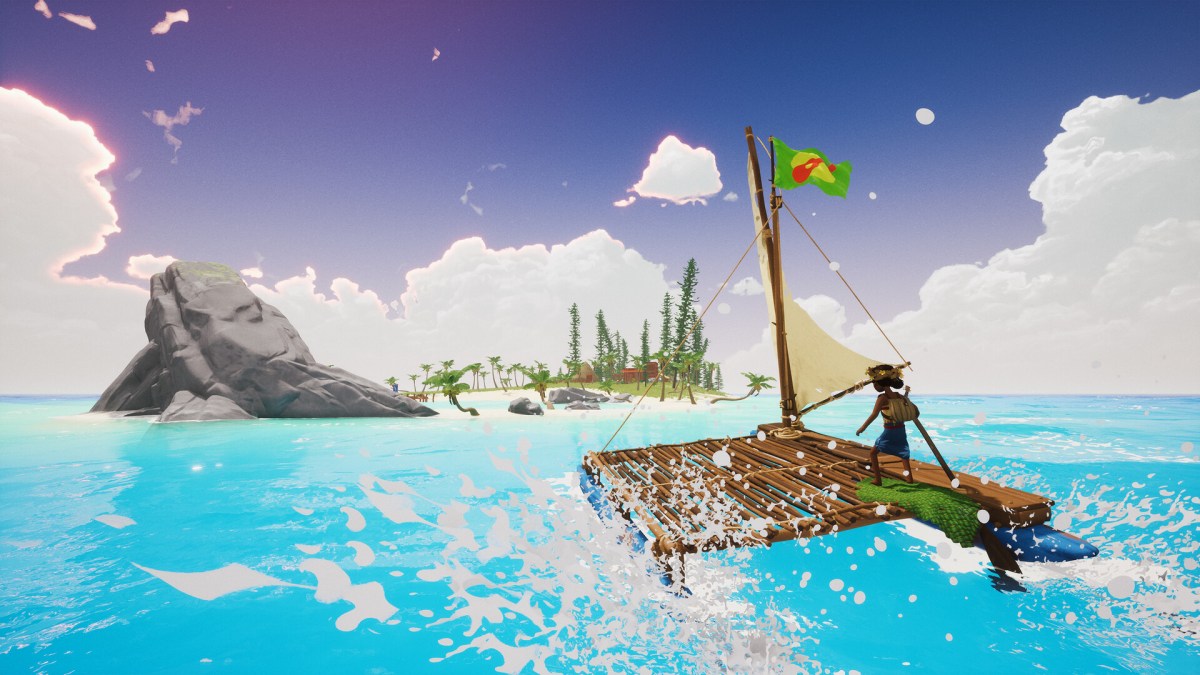 Throughout all of this, Tchia does a great job of capturing the flavor of New Caledonian culture, history, folklore, and traditions. Helping villagers prepare meals, entertaining folks with my ukulele during nighttime festivals, and just discovering the many different local fauna all helped build a real sense of place during my time with the game.

I really dug the hour of preview I spent getting lost in the gorgeous world of Tchia. The sense of improvisation and experimentation in its basic movement mechanics made the act of getting from point A to point B a complete joy. While I’m still not sure if the final game’s overarching story and progression will be enough to keep this feeling going over the course of the entire adventure, I’m looking forward to finding out when it releases this spring on PlayStation 4, PlayStation 5, and PC.