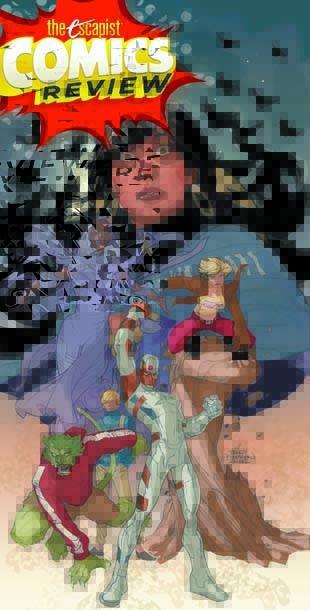 DC emphasizes the “Teen” part of “Teen Titans” in this engaging but uneven take on the classic team.

If DC Comics loves anything more than its reboots, it’s alternate timeline stories. (So much, in fact, that the company plans to replace the New 52 with them for two months in 2015.) But for new readers, an ideal alternate universe stomping ground is Earth One, a line of standalone graphic novels telling superhero stories in completely new continuities. With only a few books to its name (Superman and Batman, specifically) Earth One has shown it can embrace the spirit of classic characters while changing their backstories almost entirely.

Now DC Comics has set its sights on Teen Titans, designing a 21st Century version of the classic young superhero team. The result is a story that strongly emphasizes the teenage part of “teenage superheroes” with an origin story going in a completely different direction than any established Titans roster to date. Regardless, there’s just enough familiarity to draw long-time Titans fans, and solid world-building to engage first-time readers.

Sadly, Teen Titans: Earth One‘s greatest strength is also its greatest fault; They’re actually behaving like high-school students. While that’s meant to make the heroes more relatable, it has the effect of sending teenage angst levels through the roof with its “the adult world is completely against us” metaphor. But if you don’t mind that, or can get past it, this makes for an enjoyable read.

In the original DC line, Teen Titans was introduced as a “Justice League for the sidekicks”, where characters like Robin and Kid Flash had their own adventures and relationships without paternal superheroes looking over their shoulder. Eventually this expanded into an original cast of characters like Cyborg, Beast Boy, Starfire, and Raven, who became iconic figures in their own right. 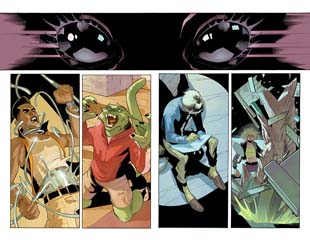 But since every Earth One book assumes superheroes don’t exist yet (let alone teenage sidekicks) Teen Titans: Earth One takes a very different approach. The story focuses on modern versions of the New Teen Titans cast, each of whom are no different than your average high school student until they start manifesting bizarre visions and powers on the same night. Fleeing their homes and stumbling into each other, the Titans follow the vision trail and uncovers a secret facility that has been experimenting on them for years…. which happens to be run by their parents.

As you likely can tell from that description, Teen Titans combines the entire teenage superhero spectrum. You’ve got everything from the puberty-as-superpowers metaphor of X-Men to the “my parents are out to get me” theme of Runaways. And for the most part, it fits together quite nicely. Jeff Lemire and Terry Dodson have done a great job portraying the tumults of teenagers and awkward high school discomforts in a convincing way, making the inevitable power manifestations both surprising and believable.

The core team consists of Victor Stone (Cyborg), Tara Markov (Terra), Gar Logan (Beast Boy), and Joseph Wilson (Jericho) although the book barely references their superhero names. Instead, keeping with the teenage theme, these characters all behave like typical high school students, not younger, reasonable versions of superpowered adults. Vic and Tara are the smokers who don’t bother seeking their parent’s approval anymore. Gar is the clown who doesn’t mind being laughed at, since people are paying attention to him. And Joseph’s time at private school means he relates far more to the teachers than fellow students. They’re not necessarily likable, but they are relatable, especially if high school is still fresh in your mind. 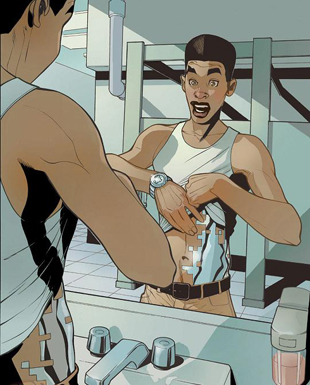 Volume 1 is an origin story establishing the universe and helping the characters come to grips with their strange powers. But several secondary Titans characters keep popping up around the edges with ties to the experiments. Raven shows up as a young Navajo girl with mysterious ties to the Titans. New versions of Aqualad and Starfire can be found at the secret base. And of course, it wouldn’t be a Titans story without Deathstroke dramatically appearing, although this version is far less imposing than the one we’re familiar with. (Still plenty capable though.)

What’s more impressive is that these characters, and the genres they represent, can be inserted into Teen Titans: Earth One without derailing the main story. From all appearances, Raven is still a mystical character with no ties to science-fiction. Starfire is an alien fleeing some distant war. While sticking entirely with the teenage superhero focus, there are clearly links to bigger universe that could pay off in future volumes.

Of course, that’s the first problem with Teen Titans; this isn’t a standalone book at all. The entire point of Earth One‘s line was to tell complete stories within a single graphic novel, but Teen Titans leaves far too much open for upcoming books. That’s fine for an origin story and ongoing series, but Earth One sequels usually take 2-3 years to design and publish. That’s far too long to leave readers hanging for a book that raises more questions than answers. Thankfully, Teen Titans has the decency not to end on a cliffhanger, but don’t expect the usual six-month turnaround that other comics get. 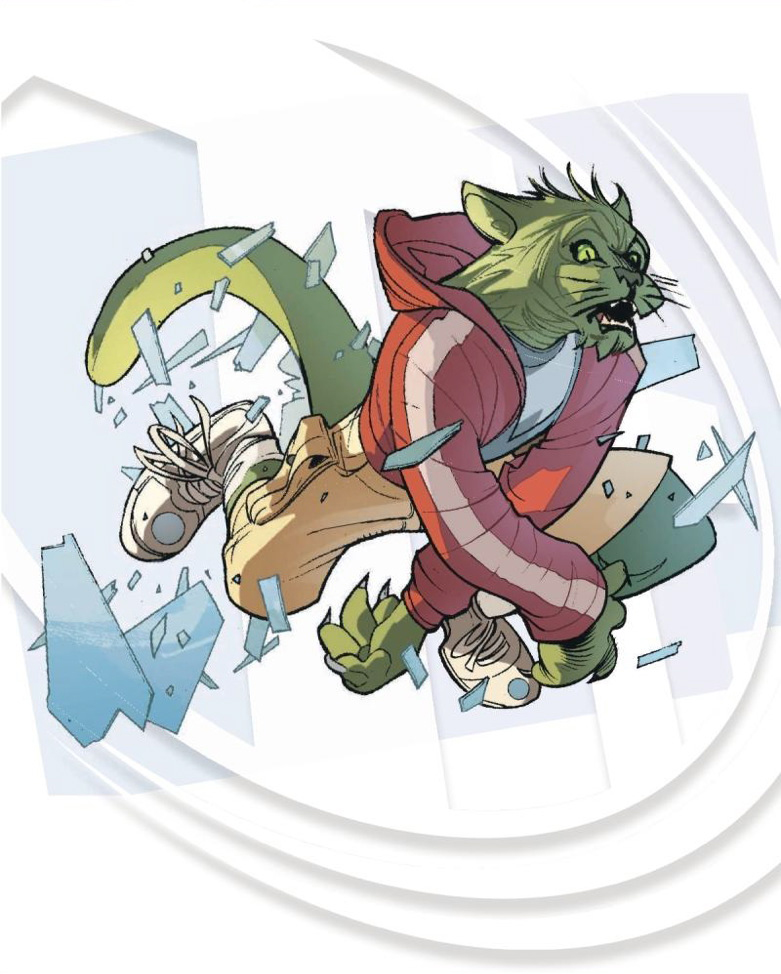 Also, a lot of your enjoyment for this book will depend on your patience for teenage angst. While Teen Titans: Earth One does has believable teenage characters, their lives and responses to it are laid on a little thick. Half of the group seem to have come from neglected or borderline abusive homes, with only Gar’s family seeming somewhat well-adjusted (despite the constant lies). While there’s certainly nothing wrong with combining superheroics and broken families, the intent is more about making the parents into amoral supervillains than actually developing the characters.

This is especially true of Victor’s mother, whose big reveal speech goes from “I’m so proud of you” to “I’m so disappointed in you” when literally nothing of significance happened for three pages. It feels more like mindless posturing than engaging character design, relying on family connection to provide dramatic weight. Not that the Titans are much better; they respond to these traumatic events by attempting to kill their parents or another nearby adult. And when a parent is dramatically killed? Most of the Titans probably won’t mention them again. I guess sociopathy runs in the family.

Thankfully, that doesn’t stop the book from being a mostly-enjoyable introduction to an all-new Titans team. With the origin story out of the way, there will be lots of room to take these characters in exciting directions. I just hope it happens sooner than two years from now.

Bottom Line: Teen Titans: Earth One introduces an all-new version of the classic superhero team, bearing no connection to prior DC canon. This first volume does an admirable job of introducing the characters and their universe, tightly fixing them within the lives of everyday high schoolers. While that occasionally raises teenage angst levels by an uncomfortable degree, it’s still an entertaining take on characters with lots of potential for future volumes.

Recommendation: If you’re interested in a version of Titans closer to The New Teen Titans than the New 52, this might be up your alley. Just don’t expect it to be a retread of the 1980s storyline and you’ll enjoy it just fine.