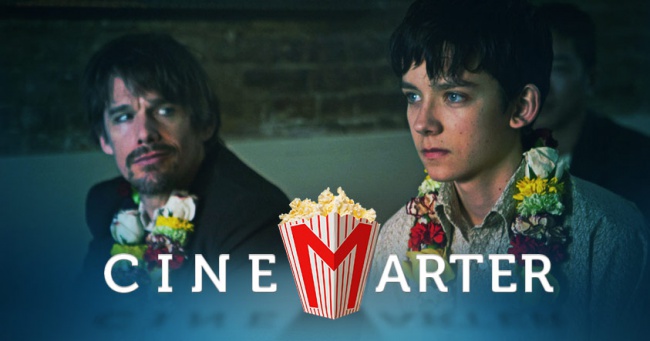 Some movies are more difficult to classify than others. Ten Thousand Saints, for example, will be called by many a coming-of-age movie, even though it really isn’t. Some might desire to say it’s a romance, but its romantic elements are background. What is it, exactly? And do we even need to classify it as anything? Are genres necessary when discussing films? Do they bring unfair expectations to a film? Perhaps most importantly: why am I thinking about these types of questions when I should be focused on Ten Thousand Saints?

The answer, at least to the last question, is that the movie wasn’t quite interesting enough to hold my attention, so I started to occupy my brain with other things, like what, exactly, I was going to call it – or if that even mattered. I eventually settled on calling it a family drama for people who have only a vague concept of what family even is, which is either saying a lot or nothing much at all, much like Ten Thousand Saints, so I figured it was appropriate. 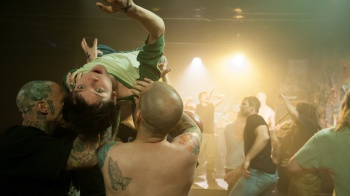 Our story follows Jude (Asa Butterfield), a teenager living in a small town in the late 1980s. On New Year’s Eve, his best friend, Teddy (Avan Jogia) dies of a drug overdose. As it turns out, he impregnated Eliza (Hailee Steinfeld, at her best since True Grit), the daughter of his estranged father’s girlfriend (Emily Mortimer). Jude winds up moving in with his drug dealer of a father (Ethan Hawke, quite funny), spending lots of time with Eliza and Teddy’s straight edge half-brother, Johnny (Emile Hirsch), and then you’d expect some things to happen, but they far more often than not do not.

The idea, I believe, is that these characters are supposed to grow over the course of the film, changing their perspectives and trying to avoid the same mistakes that their parents made at their age. Given the time and place in which most of the film takes place, the Tompkins Square Park riots become background noise, the straight edge movement is starting to take place – and none of these things directly involve our protagonist, Jude.

Nothing feels authentic, any change or growth is artificial and unearned, and the film will struggle to make the audience gain any insight or feel anything for anyone involved.

Actually, that’s most of the problem of Ten Thousand Saints: Jude is a passive protagonist, someone around whom events just sort of happen. He observes, he maybe even participates, but they never feel like they directly affect him. When your film is about how he’s supposed to be changing because of these events, it can’t work when we don’t feel like there’s any connection. Nothing feels authentic, any change or growth is artificial and unearned, and the film will struggle to make the audience gain any insight or feel anything for anyone involved.

That’s a real shame, too, because the supporting characters are actually relatively interesting. Jude’s father is the “cool dad” who smokes marijuana with his son and refuses to establish a curfew. Eliza’s mother danced in the ballet and had a situation similar to her daughter’s a couple of decades earlier. Johnny is a straight edge rock star. Even Eliza comes across as somewhat of an enigma. It would have been more fun to make any of them our lead instead of Jude, who’s a bland bystander to these far more interesting individuals. These characters do get lots of screen time, but that comes across more as a lack of focus than an attempt to explore their lives. 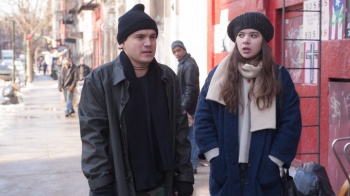 The only authenticity that comes from Ten Thousand Saints – since anything involving our protagonist doesn’t work – is the time period. It feels far more common than not that a movie not set in the present day accurately represents the time period it’s trying to reproduce, but it’s the case once again here. Yes, Ten Thousand Saints does feel as if it’s set in the late 1980s. I wish a better movie was used to fill these sets, costumes, and props. But what we have here is a whole lot of nothing being observed by a protagonist that seems to give less than his fair share of cares.

Ten Thousand Saints is ultimately not a successful movie. Its goal is to show how its characters grow thanks to a few events in both their lives and the 1980s, but because of its passive protagonist, that connection is never made. Its drama isn’t interesting, the relationships it establishes feel shallow, and it isn’t insightful. Good acting only gets you so far. Outside of a period authenticity, there’s nothing much to like about, or learn from, it, regardless of how you want to classify it.

Bottom Line: Ten Thousand Saints is a meandering indie film that struggles to get its points across.

Recommendation: Unless you’re starved for an indie drama – and you shouldn’t be; they’re everywhere – you have no reason to see Ten Thousand Saints.