Discussions of Christopher Nolan as a filmmaker tend to focus on his recurring fascination with the manipulation of time, his love of practical effects, and his reliance on familiar genre tropes. However, there’s a tendency to overlook the way in which Nolan’s films are fascinated with the limits of the human capacity to understand and explore the dissonance between the world beyond the self and an individual’s understanding of that world.

Nolan emerged from the late 1990s, an era fascinated by debates about the subjective experience of an external reality. This anxiety was reflected in movies like The Thirteenth Floor, Dark City, The Truman Show, eXistenz, and many more. It feels appropriate that Nolan’s breakout hit, Memento, included both Joe Pantoliano and Carrie-Anne Moss among its primary cast. Both actors had worked together two years earlier on The Matrix, arguably the definitive example of the movement.

Memento focuses on the character of Leonard (Guy Pearce), who suffered a brain injury that left him unable to form long-term memories. Much of the tension of Memento involves placing Leonard in strange situations with no context and watching him try to figure out what is happening. A man without memory is a man without past, and lack of context deprives Leonard of necessary grounding and orientation in the world. Leonard cannot trust anything beyond his immediate present.

This is an existential nightmare, as Leonard explains towards the climax of the film. “I have to believe in a world outside my own mind,” he asserts at one point. “I have to believe that my actions still have meaning, even if I can’t remember them. I have to believe that when my eyes are closed, the world’s still there.” The use of the word “believe” is important there, because it is impossible for Leonard to know. Leonard has to act on faith that his understanding of the world reflects reality. 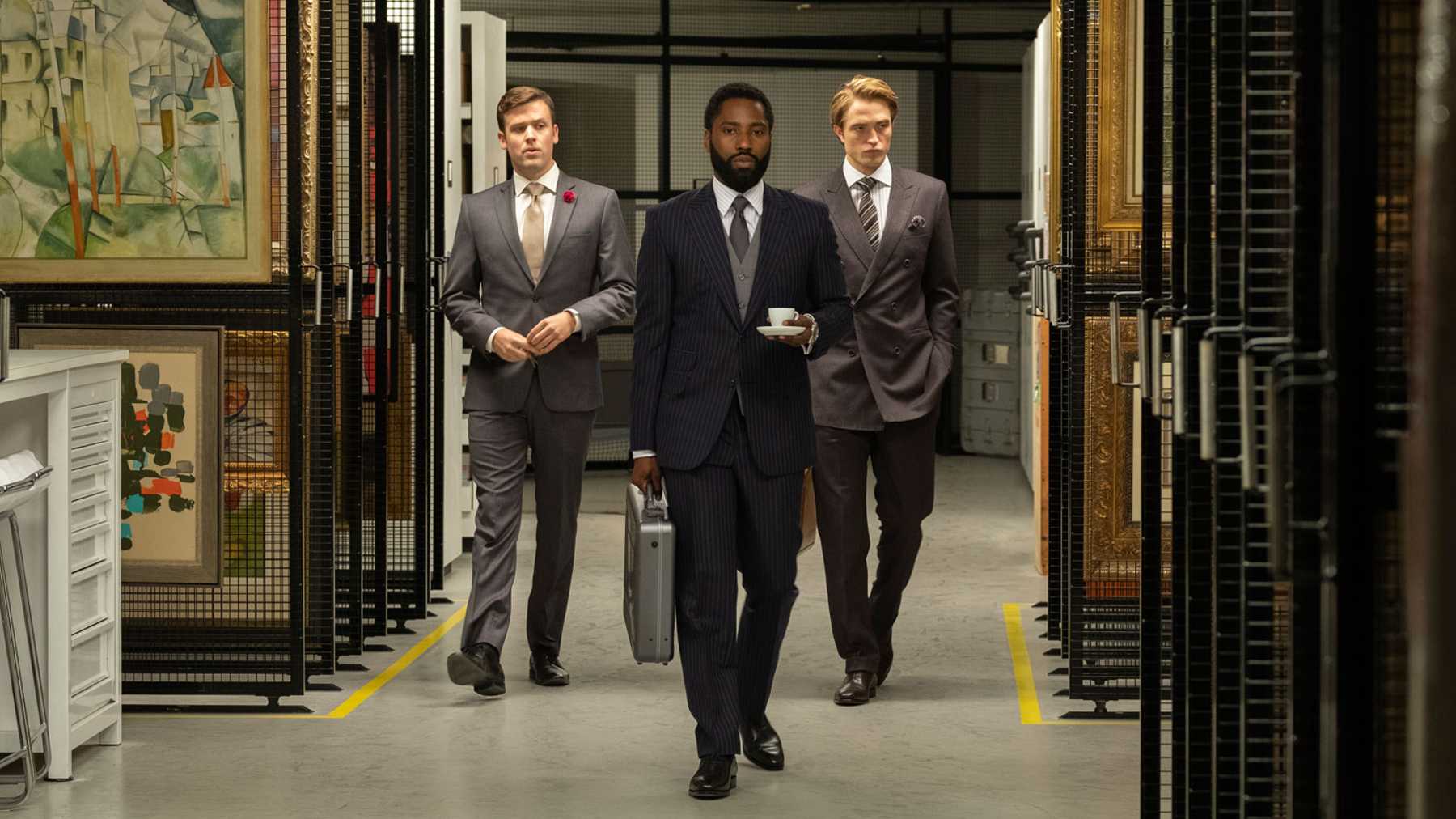 This theme returns to the fore in The Prestige, Nolan’s study of dueling magicians Alfred Borden (Christian Bale) and Robert Angier (Hugh Jackman). Early in the film, Angier’s wife Julia (Piper Perabo) drowns in a trick gone wrong. Angier becomes obsessed with making sense of the tragedy, with understanding both what happened and how it felt. He harasses Borden in an attempt to determine which knot the other magician tied. He holds his head under water to simulate drowning.

Angier’s obsession with the unknowable leads him to violate the laws of both nature and man. He cannot replicate Borden’s trick because Borden is a set of twins who built their life around the trick, but Angier is so obsessed that he has Nikola Tesla (David Bowie) create a device that effectively clones himself. Every night, Angier drops his original self into a tank like the one where his wife died, while the clone survives. The irony is that the survivor can never know what it was like to drown, despite his obsession.

This theme carries to Inception. Dominick Cobb (Leonardo DiCaprio) has made a career breaking into other people’s dreams and stealing their secrets. However, he and his wife Mal (Marion Cotillard) were also obsessed with exploring dream realities. They went so deep that Mal lost all sense of reality. While Cobb survived, he is constantly unsure about whether he is awake or dreaming. The film’s iconic (and much debated) closing shot suggests that he simply no longer cares.

This all carries over to Tenet, which is a film that repeatedly and constantly places its audience and its characters in a similar situation. The protagonist (John David Washington) of the film is reported dead on a dangerous assignment in Kiev. He is revived to find himself drawn into a strange new world where the laws of physics are malleable. Time flows backwards. The hero’s first response is to quote Keanu Reeves in both Bill and Ted’s Excellent Adventure and The Matrix: “Whoa.” 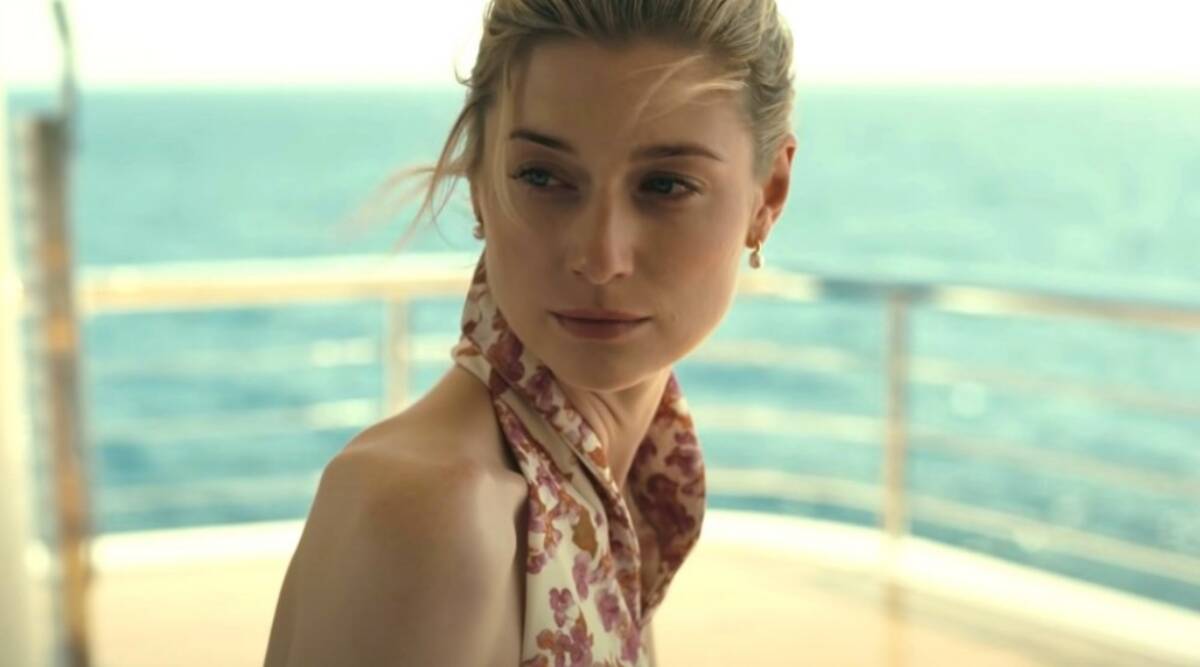 Much has been made of the byzantine plot of Tenet, with many critics insisting that the movie is difficult to follow. This debate has spilled over into the now-customary argument over Nolan’s sound mixing and his choice not to prioritize dialogue in the mix but to treat it as part of “the whole enchilada.” Tenet will frequently drown out exposition in the soundtrack and even pointedly cut away from technobabble as characters start to explain the mechanics of what is going on.

It should be noted that the plot mechanics of Tenet are straightforward. Character motivations are always clear on a scene-by-scene basis. The villain of the piece, a Russian billionaire named Sator (Kenneth Branagh), is motivated by a desire to destroy the world.  The action set pieces are always governed by tangible objectives. Even the abstract “algorithm” is represented by tangible and physical MacGuffins. The details only become fuzzy if the audience or the characters step back.

The reaction to this is interesting. Avengers: Endgame became the highest-grossing movie of all time with a time travel plot that its characters gleefully acknowledged made no sense, governed by rules upon which neither the writers nor the directors could agree. However, Tenet attracted controversy for largely avoiding even the fig leaf of a pseudo-scientific technobabble explanation. The concept of inversion exists beyond contemporary understanding. It is meant to unnerve the audience.

Even the characters in Tenet do not entirely understand the mechanics and rules of “inversion.” Ives (Aaron Taylor-Johnson) repeatedly refers to the hero’s improvisation as “cowboy shit.” When asked whether their continued existence means they must succeed in stopping Sator, Neil (Robert Pattinson) responds, “Optimistically, you’re right.” He then concedes that he doesn’t actually know the answer. “In a parallel worlds theory, we can’t know the relationship between consciousness and multiple realities. Does your head hurt yet?” 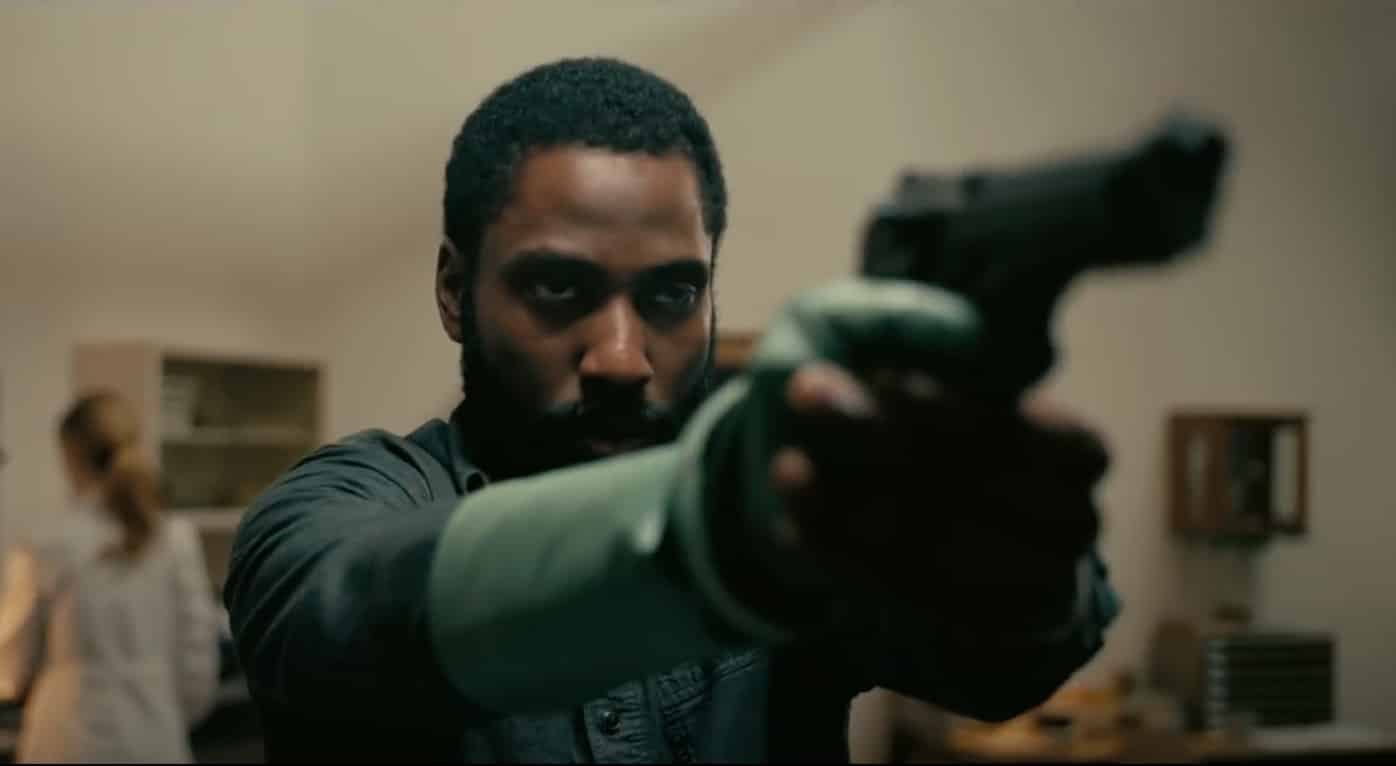 Tenet repeatedly comes back to the theme of the importance of faith and belief that plays through Nolan’s filmography — literal tenets. Nolan draws much of Tenet from the Sator Square, an ancient Latin palindrome that has been unearthed around Europe. Nolan takes several key names and plot points from the square, which is itself frequently tied to early Judean and Christian belief. It serves to recontextualize the forces operating at the heart of Tenet.

Nolan frames his existential mysteries in terms that suggest agnosticism. Despite Washington’s assertion that Inception and Tenet are “in-laws,” Tenet’s closest relative in Nolan’s filmography is probably Interstellar. In that movie, a family is haunted by disturbances that violate the laws of physics. The young Murph (Mackenzie Foy) describes these effects as her “ghost.” When he finds her devoutly scrutinizing the dust patterns formed on her bedroom floor by the distortion, her grandfather Donald (John Lithgow) asks, “You want to clean that up when you’ve finished praying to it?”

Interstellar insists that there is a rational explanation for these disturbances. The production team’s rendering of physics was so accurate that they helped physicist Kip Thorne discover new details about black holes. However, the physics in Interstellar are simply beyond contemporary human understanding, and so they take on an almost religious awe. Nolan leaned into this by having Hans Zimmer score Interstellar with a church pipe organ, played at Temple Church in London.

This recurring tension in Nolan’s work is reflected in his craft. Nolan’s films rely heavily on tangibility. He prefers to shoot on film rather than digital, a format that he can hold in his hands. He leans towards practical effects to lend his movies a “tactile, exciting reality.” This recalls Leonard’s insistence on the importance of such tactility in Memento. “I know what that’s going to sound like when I knock on it. I know what that’s going to feel like when I pick it up. See? Certainties.” 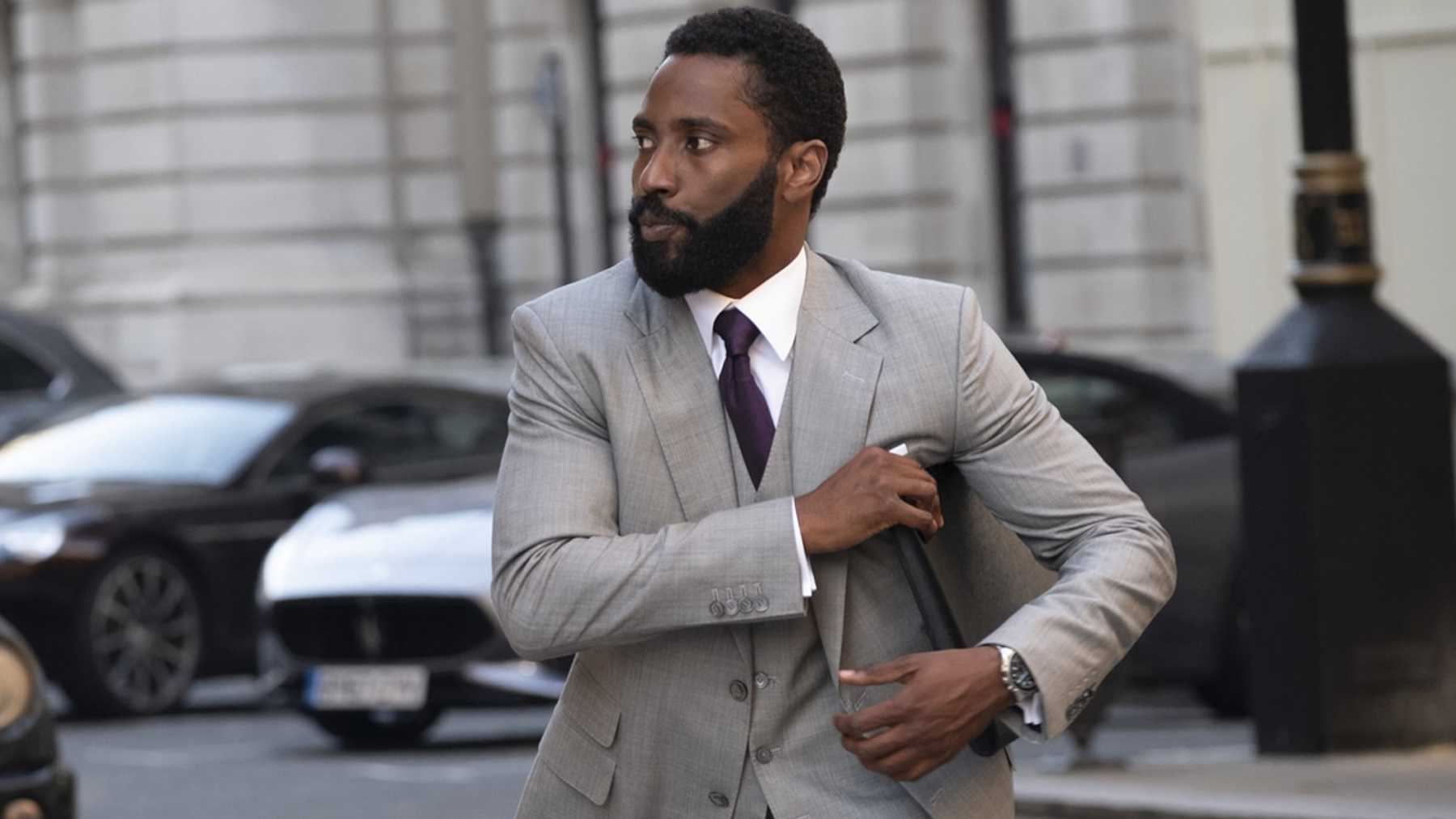 Nolan’s emphasis on these small certainties contrasts with larger ambiguities. The uncertainties of Tenet resonate in the modern world. The human brain is constantly bombarded (and even overloaded) with stimulation. There is some suggestion that exposure to the internet affects human cognition. Everything happens so quickly that it can be impossible to fully process or make sense of it in real time. Reality is often fungible and distorted.

Tenet is about navigating an arbitrary and chaotic world, governed by forces beyond the human capacity to grapple with — the possibility that climate change may already be irreversible or that income inequality may have broken the world beyond repair. In earlier films, like Memento or Inception, Nolan’s protagonists embraced solipsism, embracing their chosen reality. In The Dark Knight, the Joker goes further and tries to impose his reality on the world (and the film) around him.

This is what makes Sator the villain of Tenet, a man who is so incapable of conceiving of a world beyond himself that he would rather destroy it than allow his son to live beyond him. “You don’t believe in God, or a future, or anything outside of your own experience!” the protagonist accuses. Sator responds, “The rest is belief, and I don’t have it.” The protagonist rejects Sator’s refusal to believe in anything beyond himself: “Without it, you’re not human.” 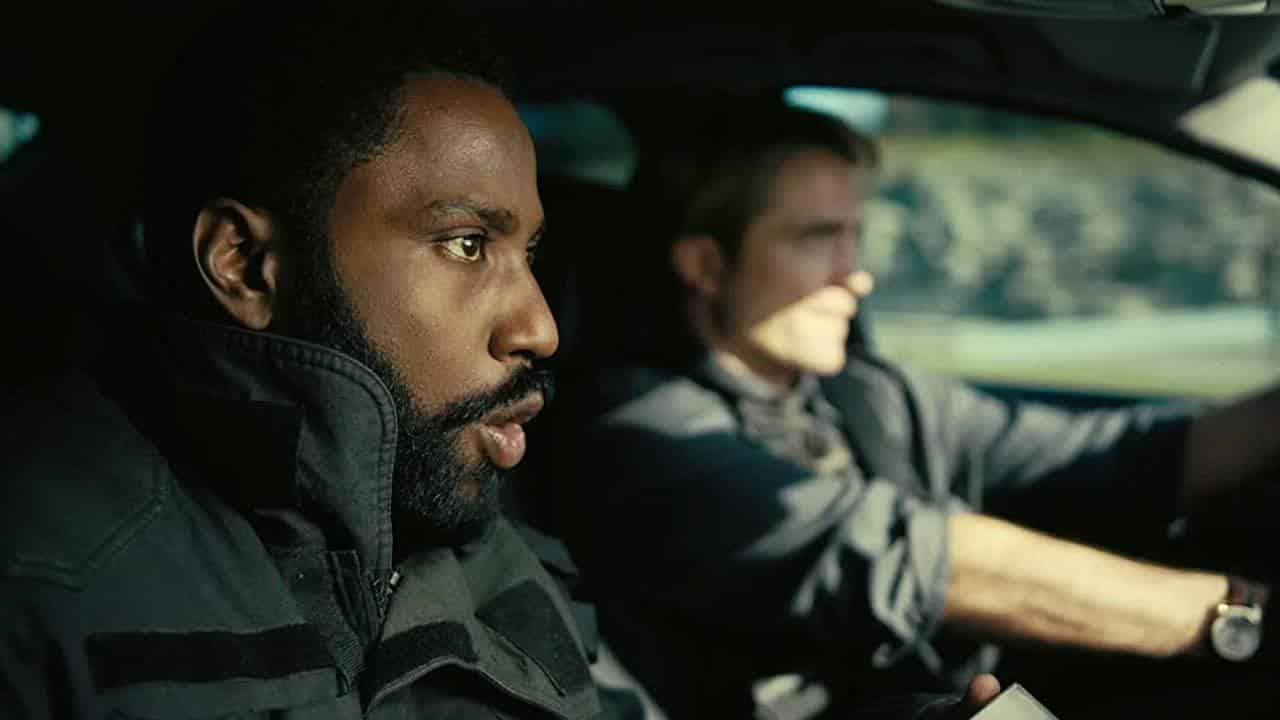 Tenet returns time and again to the theme of predestination and the question of whether individual choice matters in a universe where time flows in both directions. Tenet repeatedly insists that choice matters, even if its impact on the outcome does not follow linear causation. When the protagonist tries to catch an inverted bullet, Barbara (Clémence Poésy) tells him, “You have to have dropped it.” Even when effect precedes cause, it is the decision that matters.

Neil repeats the mantra “what’s happened, happened.” In his final scene with the protagonist, he explains that this is not an embrace of nihilism, but the opposite. “What’s happened, happened,” he explains. “Which is an expression of faith in the mechanics of the world. It’s not an excuse to do nothing.” When the protagonist asks if Neil is describing “fate,” Neil responds, “Call it what you want.” For his part, Neil calls it “reality.”

Nolan has argued that his films “are all about individual experiences, potential contradictions with objective reality.” Tenet explores a question that resonates in these topsy-turvy times, about how best to respond when objective reality seems almost impossible to comprehend. Tenet offers as reassuring an answer as possible: make a choice, do the right thing, and believe in its reality. Sometimes it’s about faith. 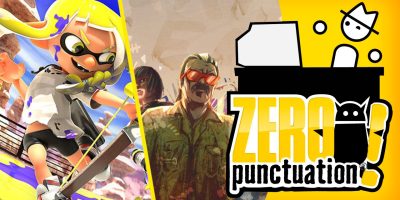