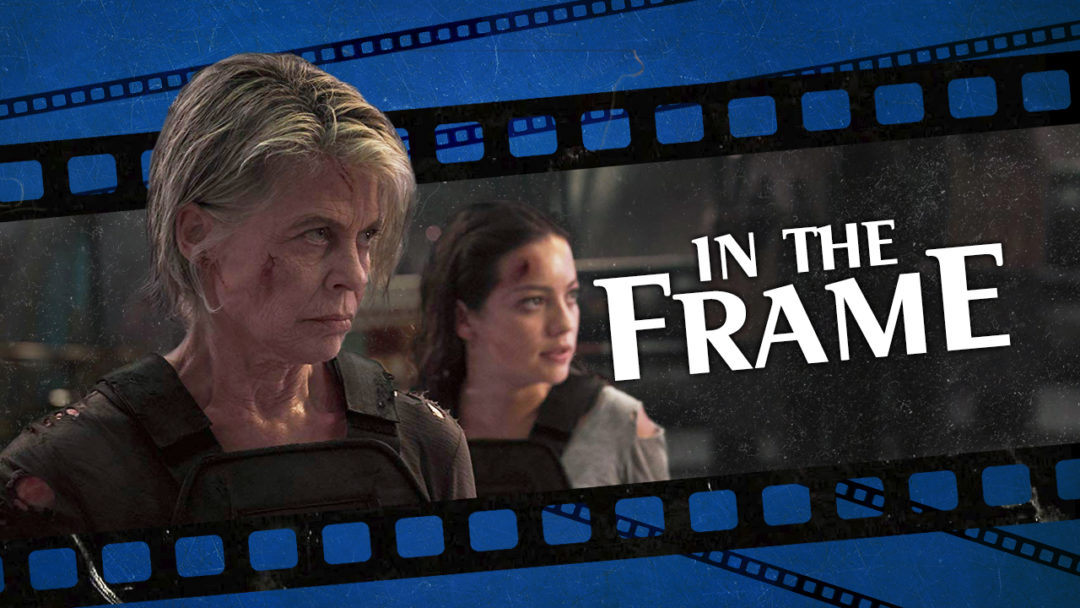 The tagline to The Terminator promises audiences, “The thing that won’t die, in the nightmare that won’t end.” It is, of course, referring to the eponymous time-traveling killing machine. However, it could just as easily refer to the franchise itself.

Successful movies have always demanded sequels. That demand trumps everything else. It doesn’t matter that the shark died at the end of Jaws. It will be resurrected to avenge itself on its killers in Jaws: The Revenge. Similarly, Beneath the Planet of the Apes tried to safeguard against future installments by literally destroying Earth at the end of the film. There were three more sequels.

These forces have only grown stronger in recent years, as existing intellectual property has become a cornerstone of blockbuster production. It took George Lucas six years to produce the original three Star Wars films. Disney has released the five latest films at the rate of one per year. Even dormant franchises like Alien and Predator are being revived.

Sequels to Judgment Day were inevitable. Terminator 3: Rise of the Machines arrived in 2003, 12 years later, and the muted response to the film led subsequent sequels to drop the number from their titles to avoid any association. Terminator Salvation came out in 2009, Terminator Genisys in 2015, and Terminator: Dark Fate in 2019.

These four sequels are not part of an expanding or continuous series. They are consciously disconnected from one another. Across the four films, the part of messianic savior John Connor is played by Nick Stahl (Rise of the Machines), Christian Bale (Salvation), Jason Clarke (Genisys), and Edward Furlong (Dark Fate). Outside of Arnold Schwarzenegger, there is little connective tissue. 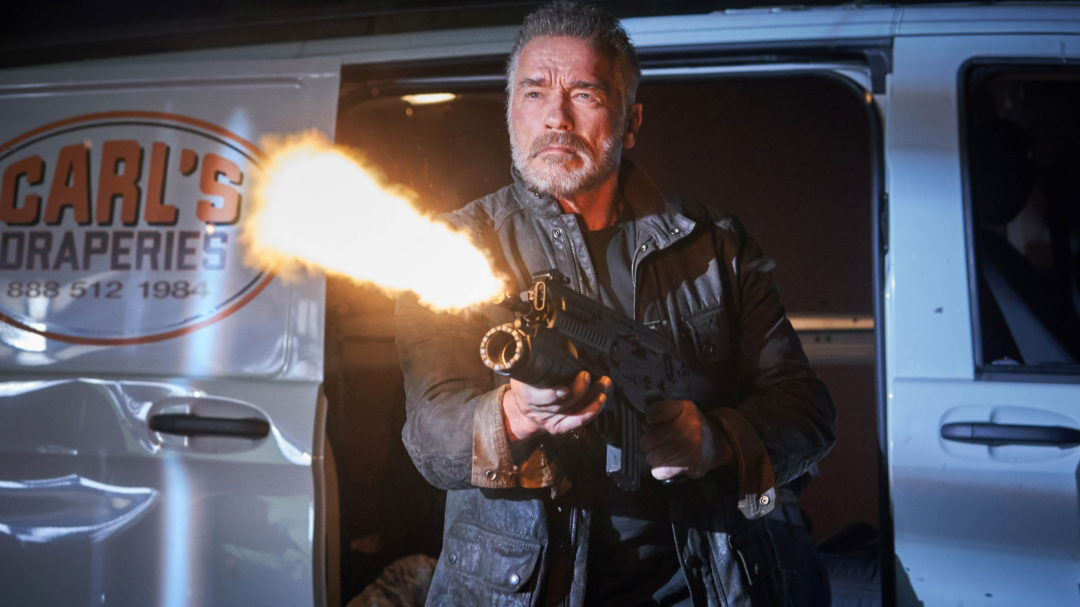 What did connect three of these four sequels was a desire to position themselves as the one true sequel to Judgment Day. Appropriately enough for a franchise rooted in time travel, the Terminator sequels are constantly rewriting themselves in an effort to recapture an idealized past. This is most obvious within Genisys when the characters time travel back to the events of the first two films.

This fixation on recreating Judgment Day is a paradox. The original Terminator film suggested that John Connor existed within a fixed time loop. He doesn’t just save his life when he sends Kyle Reese (Michael Biehn) back in time to protect his mother Sarah (Linda Hamilton). He also ensures his own conception since Reese is his father.

Judgment Day rejects this idea, insisting that the future could be altered. Sarah decides to prevent Cyberdyne Systems from creating Skynet, and against all odds, she succeeds. Judgment Day closes with a shot of an open road at night, a clear visual metaphor for the limitless potential and possibilities now available to John and Sarah after their ordeal. 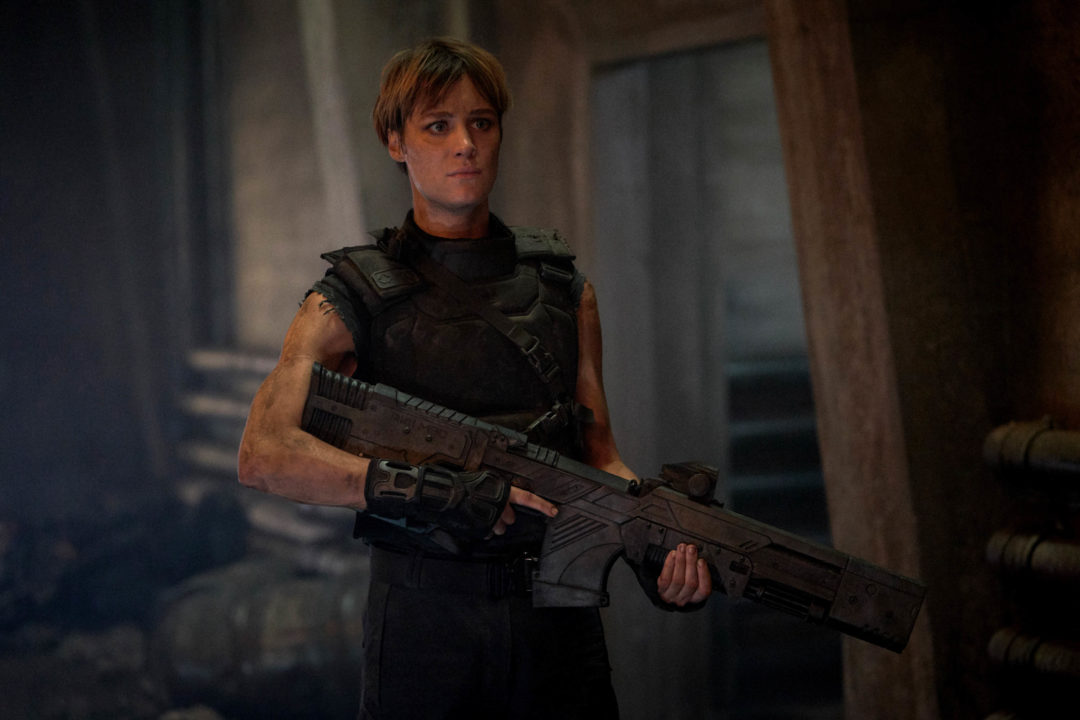 The obvious problem with any sequel to Terminator 2: Judgment Day is that it inevitably invalidates that powerful ending. Destroying Skynet should ensure a future without the time-traveling killer robots at the core of the series. The sequels have taken varying approaches to squaring that circle. Rise of the Machines, Salvation, and Genisys each suggest that John and Sarah had only succeeded in delaying the inevitable, which makes their work seem pointless. Dark Fate argues that while Sarah and John did stop Skynet, a suspiciously similar substitute dubbed Legion would arise anyway.

Dark Fate goes out of its way to try to recreate the central dynamics of Judgment Day while sidestepping the fact that the ending of the film was designed to make them irreplaceable. The humanized T-800 destroys itself at the end of Judgment Day, so Dark Fate introduces another T-800 that has coincidentally undergone the same arc and so can pick up where Judgment Day left off.

Over the course of Judgment Day, Sarah reluctantly comes to trust the T-800 that has been sent back to protect John. However, Dark Fate shamelessly rolls back that dynamic by having the T-800 murder John Connor in the opening sequence. This completely invalidates the effort to protect John in both The Terminator and Judgment Day. It treats the character as narrative clutter to be cleared away and emotional leverage to justify resetting his mother’s character arc.

James Cameron was famously critical of the way in which David Fincher’s Alien 3 casually killed off the surviving characters from Aliens, describing the move as “dumb” and “a slap in the face to fans.” It’s no small irony that Cameron should have a story credit on Dark Fate, which bills itself as “the day after Judgment Day” and features the return of both Linda Hamilton and Edward Furlong. The demand for another Terminator sequel trumps the earned conclusion of Sarah and John’s journey, so their happy ending is unraveled by the desire to see yet more cybernetic killing machines. Perhaps there is no darker fate than the one determined by box office returns.