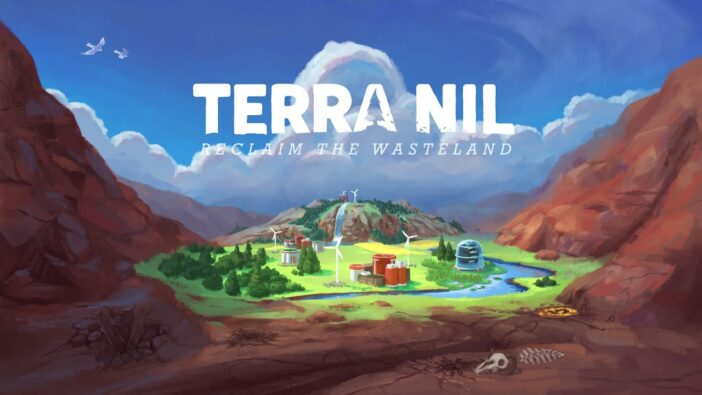 Free Lives’ Terra Nil takes the familiar and turns it upside down. By definition, city builders tend to be about urbanization. In some, pollution is a negative resource. In others, the exploitation and depletion of natural resources is an inescapable part of the sprawl. Terra Nil questions those conventions. The game isn’t about building up or even tearing down. It’s about transforming, restoring, rejuvenating.

Terra Nil reminds me of Flower. The similarities extend beyond the core act of breathing life into barren environments; the two games also share the essence of distilled complexity.

Maybe the apparent simplicity of Terra Nil is the result of my hands-on being a fairly lightweight demo. In any case, the usual gameplay cycle of expansion and development of new technology based on new resources is present. New tools, technologies, and options unlock as you progress, expanding the range of terraforming options. The gameplay will be familiar to veterans of the genre. Terra Nil’s procedurally generated environments use tiles to determine where you can place the different structures, and planning out your approach prepares you for eventual success.

You begin by laying down the electricity infrastructure that powers your machinery and then set about your mission, assisted by gentle prompts to give you objectives. And while it took me a few tries to successfully complete the demo, everything is remarkably straightforward. You begin with a set allotment of an unnamed resource that acts as a basic currency. You gain more by fulfilling your mission to spread greenery across a wasteland, increase biodiversity — and then to pack up and leave no trace you were ever there.

One goal leads to the next in a naturalistic process that sets out the parameters of Terra Nil without ever getting bogged down. Towards the end came a hint of more involved mechanics in the form of weather technology, but it had no real role to play in this segment of gameplay. The overwhelming sense, though, is that this “reverse city builder” isn’t out to challenge Cities: Skylines. 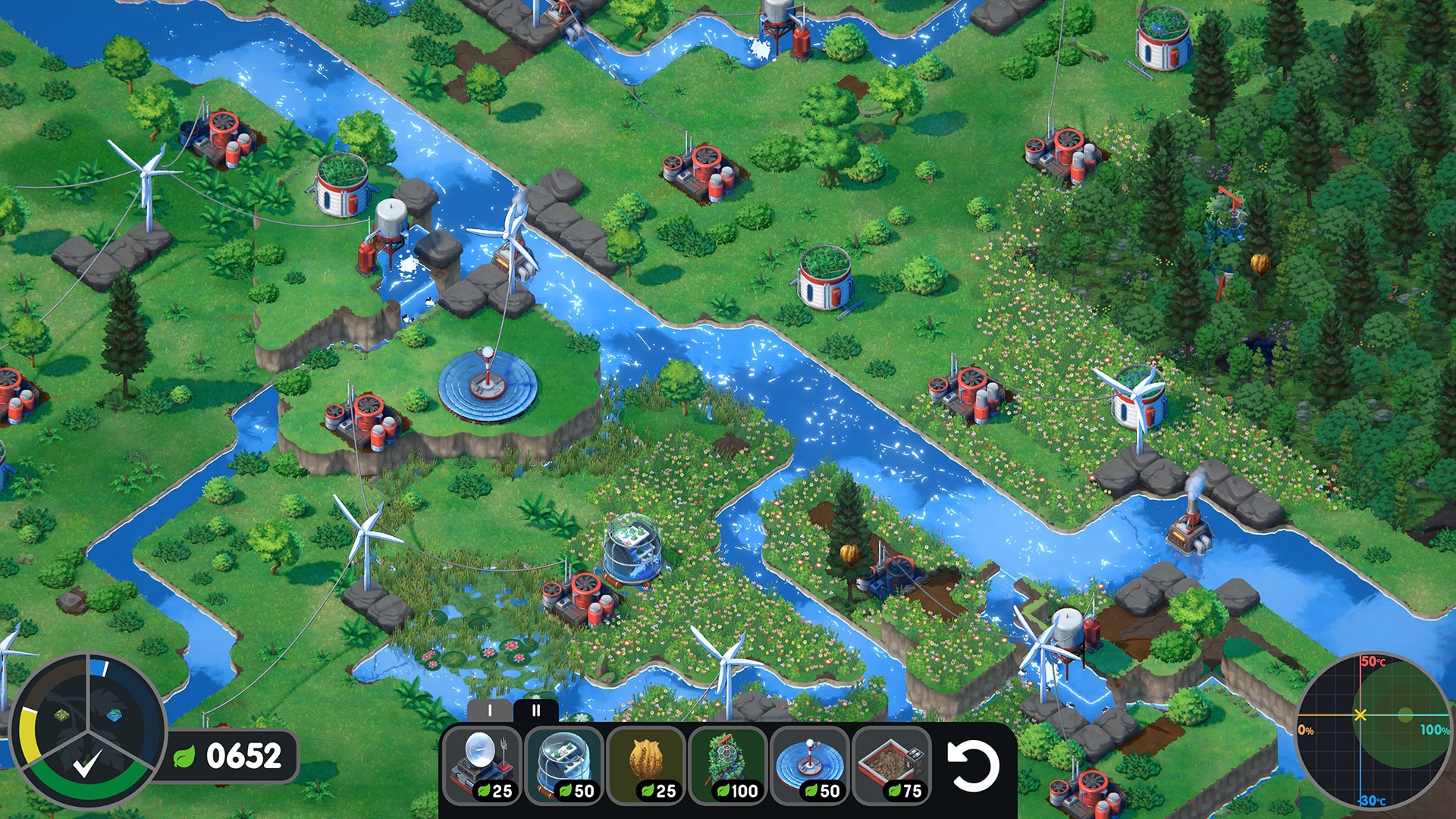 Terra Nil does have an implicit message — it’s almost impossible to read it as anything but a critique of the imperialistic tone struck by other games of this kind, where self-sustaining industry and domination of the natural environment are the endpoints. However, there’s no preaching or shouting. It’s just a quiet, pleasant experience.

Depending on what you want from it, your mileage will vary, but ultimately, I come back to that comparison with Flower. In that game, all the elements combined to provide an emotional, cathartic journey through the dreams of plants on a windowsill. Terra Nil taps into that same sentiment. The visuals are bright and colorful, the music soft and simple. It all comes together to provide an experience that, above all else, soothes.