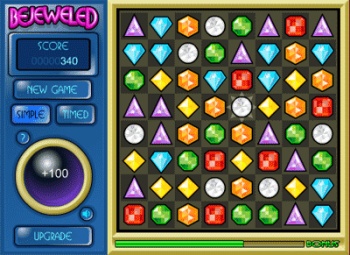 As sensational as the Peter Tamte presentation about Six Days in Fallujah was, it comprised only about a third of his keynote speech. The majority of his talk was an in depth commentary on the forces re-shaping the videogame industry, and it was interesting how closely the economics portion of his talk tied in with the last presentation of the day I sat in on with Lloyd Melnick of casual game publisher Merscom.

According to Tamte, videogame development resources are being realigned under the philosophy that more does not, in fact, mean more where development budgets and team sizes are concerned. Tamte argued that the risks of a game with a 20 million dollar budget failing are just too large and that the future will see a renewed focus on games aimed at the core market with 8-12 million dollar budgets. Tamte further added that there will be an increased focus on family friendly casual games with relatively low development costs, and cited the enormous growth Destineer has seen in casual revenue.
The difficult thing about Tamte’s points regarding the economics of games was that it was difficult to see exactly how and why casual games had become such a powerful force in the videogame industry, except that they are cheap to develop. Fortunately, Lloyd Melnick of Merscom, a casual game publisher, was able to flesh out the rest of the picture in his presentation later that day.

One of Melnick’s main thrusts was that casual gaming is emerging as a solution to many of the problems core game makers have been unable to tackle. For instance, licensed properties can be addressed much more effectively by casual games. Movie tie-ins can be released quickly and in a form that’s accessible to the entire property’s audience, not just that portion of the audience that enjoys hardcore games. Casual games, with their more accessible gameplay, can also make heavy use of marketing audience analytics to pinpoint what type of player the game needs to target. And in being an inherently less complex proposition, casual games also offer opportunities to outsource to markets with cheaper development costs like the Philippines and Russia.

The most telling part of the presentation was when Melnick asserted that as a casual games publisher, Merscom models itself after Proctor and Gamble, a major consumer goods manufacturer. It’s easy to see why this comparison was an apt one with development times of six months and only one out of every 5-10 games becoming a hit, it’s a business that deals in large quantities of product. Casual games, like any kind of consumer driven good are also inherently formulaic. Melnick said that like romance or mystery novels, people want variation but they aren’t interested in paradigm shifts.

What does all of this mean for core gamers? Despite the signals from Nintendo at last year’s E3, it’s unlikely that core gamers will suddenly start to see their trade shows overrun with Peggle and Wii Play clones. The business models and the audiences for the two gaming segments are so fundamentally different that attempting to force the two under one roof just doesn’t make sense. While it’s already started, the bifurcation in the largest publishers between business units devoted solely to core and casual game interests will only grow more distinct in the future. By the end of the second day of TGC, I walked away realizing that casual games aren’t a threat to the well being of core games, but rather that they are addressing an underserved market. The casual and the core markets will probably be associated by publisher name only, each with their own unique triumphs and challenges.