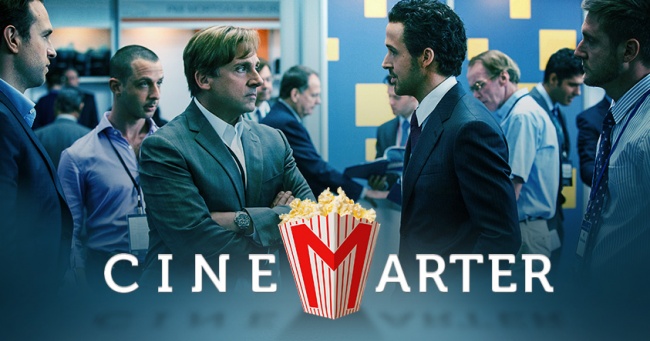 Since there’s nothing more fun than watching a movie reflect back on a financial crisis that cost thousands of families their homes, drove the economy so far into the toilet it took years to recover, and nearly doubled America’s unemployment rate, here’s The Big Short, a perfect film to watch with your family this holiday season! This is a movie about the financial crisis from a few years ago that most of you will remember with very little fondness. The film is equal parts comedy and drama, with just a touch of real-world horror thrown in for good measure.

The Big Short follows a few select individuals who knew that the housing bubble was going to collapse, and used that knowledge for their own personal gains. Michael Burry (Christian Bale) is an investment broker who was the first to discover that subprime mortgages weren’t exactly stable. After him, Mark Baum (Steve Carell), Jared Vennett (Ryan Gosling), Charlie Geller (John Magaro), and Jamie Shipley (Finn Wittrock) followed. The film jumps around a lot, following all of characters, most of whom are based on real people – except Burry, who actually is a real person. 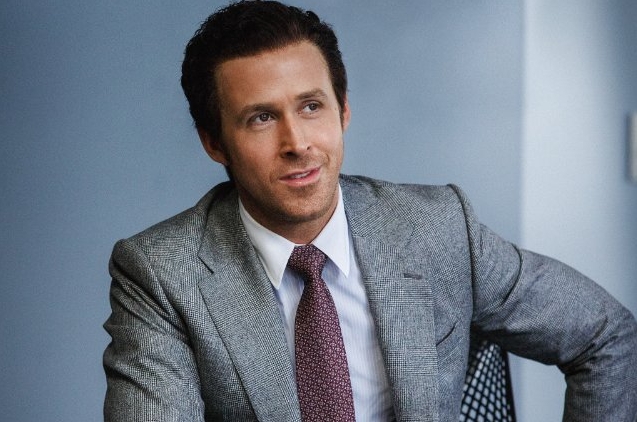 You may at this point be wondering exactly how the film is funny, or even particularly entertaining, given that it’s about a very unenjoyable time for most people, and that its subject matter, at least on paper, is about as dry as can be. Well, the comedy comes from a variety of places. The first is the dialogue between the characters, which is sharp, buzzing with energy, and often quite clever. The film’s narration (provided by Ryan Gosling, in character) is quite enjoyable, too. But the real key is the way that The Big Short describes to us its subject matter.

See, talking about things like subprime mortgages, CDOs, and other various financial terms is possibly worse than watching paint dry, since you’re also expected to remember things. The way The Big Short handles this is genius: it features cutaway gags to famous people relating these various financial terms to things you already know, and does so in a humorous, often self-aware way. The first of these sees Margot Robbie – not even a star at the time this crisis was ongoing – in a bubble bath, describing subprime mortgages to the audience.

A movie about financial collapse that’s fun, entertaining, informative, and a little scary, The Big Short is tremendously effective.

It does this a couple of times with various celebrities, and each time it’s a welcome addition. Few watching the film will know these terms going in, and they’re important for being able to understand the story. By ensuring that we’re paying absolute attention when they’re being explained – and by explaining them in ways we can easily understand – being ignorant is no longer an excuse when it comes to talking about the subject.

Now, cutting away from the plot risks losing any sense of immersion we might have, but there are no bones made about this being a fictional reenactment for our benefit, so that’s not a problem. The Big Short isn’t trying to immerse us; it’s trying to educate us, entertain us, and really, really demonize the banks that caused this to happen. It cuts between stories with a rapid pace (sometimes a problem, but isn’t here), it breaks the fourth wall by directly addressing the viewer, and it even stops at one point to tell us that the scene we just witnessed didn’t really happen that way. We are under no illusions.

The Big Short also has some pretty great acting, even if most of the characters are underdeveloped. Christian Bale excels at everything, and here playing the socially inept neurologist and investment broker he’s really great. Steve Carell gets the most character depth, and runs away with most of his scenes. The disbelief on his face is fantastic, and many of the film’s highlights come from that. John Magaro and Finn Wittrock are the weaker links, although that might only be because they frequently share the screen with Brad Pitt, who is billed highly but isn’t in the film too much. Pitt outshines them, but he’s Brad Pitt, so he should. Ryan Gosling, as both a trader and our narrator, is wonderful. All of the celebrity cameos are very fun, too.

A movie about financial collapse that’s fun, entertaining, informative, and a little scary, The Big Short is tremendously effective. It’s easily the best film of director Adam McKay‘s career, and lives up to the likes of Margin Call and The Wolf of Wall Street as films about this type of subject matter. It’s incredibly pointed – it has a target in mind and it’s not going to pull any punches – it’s enjoyable for its entire 130-minute running time, and it’s got more than a couple of good actors playing interesting – albeit somewhat shallow – characters. This is a winner.

Bottom Line: A funny, energetic, informative, and generally entertaining movie about a real-world horror, The Big Short demonizes the banks and may open the eyes of some viewers.

Recommendation: If you wanted a funnier version of Margin Call, this is that.