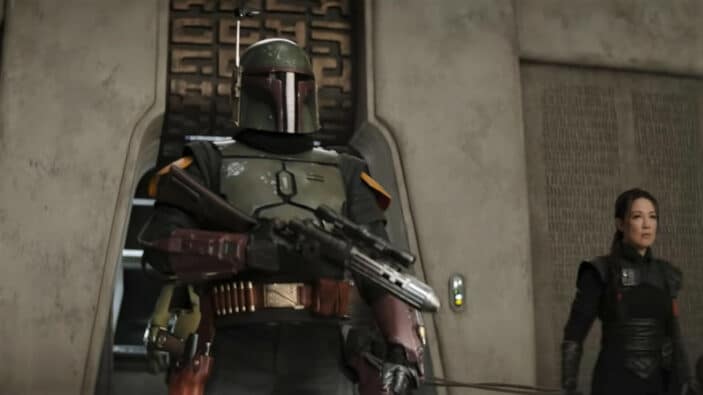 This discussion and review contains some spoilers for The Book of Boba Fett episode 4, “The Gathering Storm.”

At the very least, “The Gathering Storm” suggests that The Book of Boba Fett is finally willing to stop living in the past.

As Fett (Temuera Morrison) emerges from the bacta tank towards the final third of “The Gathering Storm,” a service droid helpfully announces, “You are completely healed.” This is convenient timing, as the memories that Fett was replaying had taken the audience up to his appearance in The Mandalorian. It appears that, like all great artists, Boba Fett needs to think about his entire life before he plays.

However, the flashbacks that eat up the first two-thirds of “The Gathering Storm” are particularly egregious even by the relaxed standards of the show’s pacing. Given how much of these first four episodes have been given over to filling in the gaps between Fett’s seeming death in Return of the Jedi and his return in The Mandalorian, it’s worth wondering why the first half of this event series wasn’t simply positioned as a straight-up prequel. It’s not as if Star Wars has never done prequels.

It’s debatable whether any of the previous flashbacks were really “necessary” in terms of explaining what Fett did in the interim between Return of the Jedi and The Mandalorian. Fett has never been a particularly complicated or nuanced character, and the screen time of the flashback sequences in the previous three episodes was already longer than his combined screen time in The Empire Strikes Back and Return of the Jedi. Fett coming back doesn’t really need any explanation. 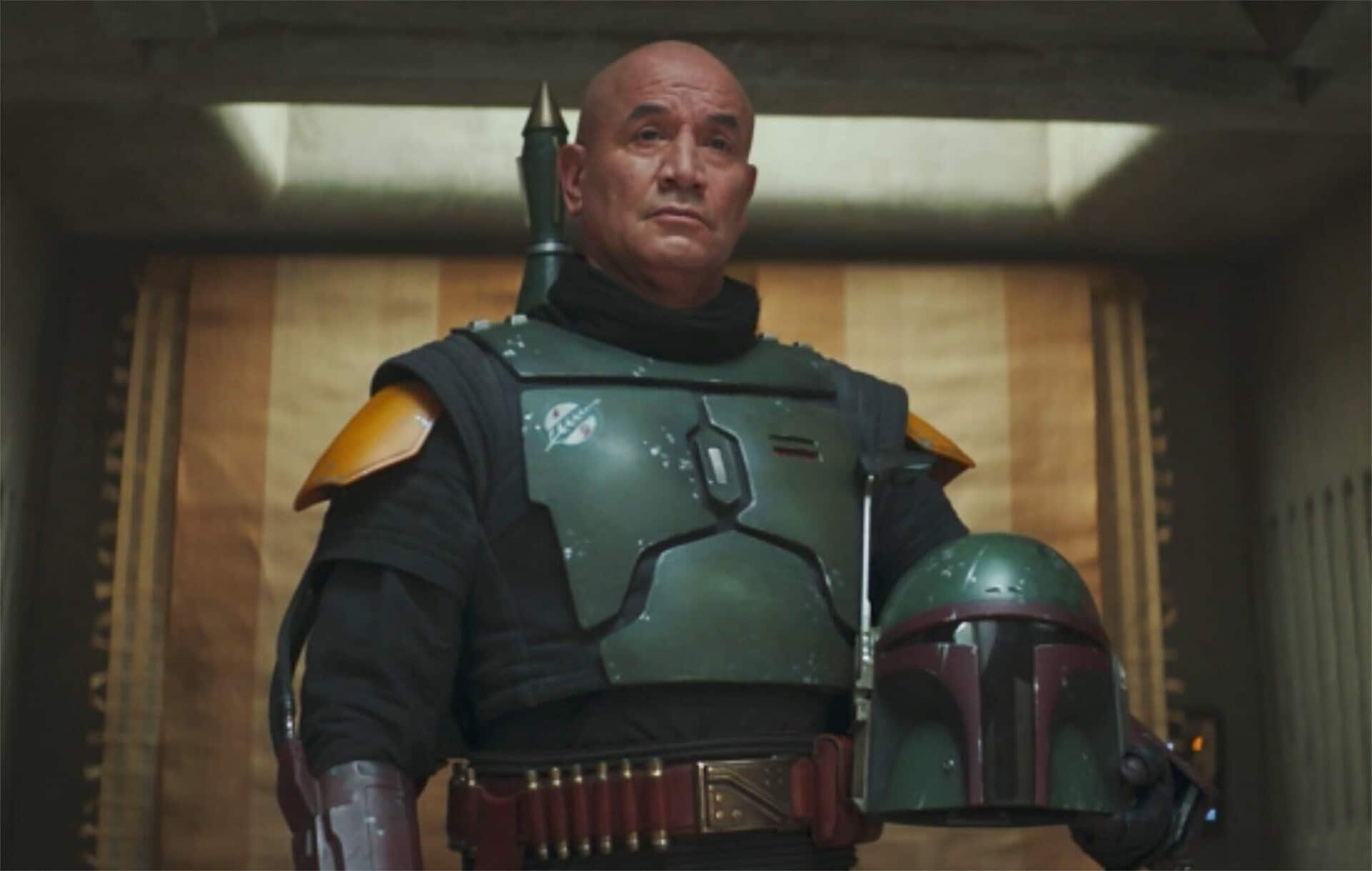 That said, at least those earlier three flashbacks set up (however clumsily) the emotional stakes of The Book of Boba Fett. Fett’s time with the Tuskens humanized the character. As cheap as it was to massacre an entire tribe to generate pathos, the mass murder of the Tuskens provides a tangible motivation for Fett that has more emotional resonance for his journey to the top of the underworld than “money is pretty great, huh?” The flashbacks themselves were inelegant, but they had purpose.

In contrast, the flashbacks that drive the first half-hour of “The Gathering Storm” are completely superfluous, offering fairly boring answers to questions that really didn’t need to be asked. The flashbacks in “The Gathering Storm” feel very much like they are tidying up loose plot threads and drafting a Wookieepedia article, rather than revealing anything particularly interesting and compelling about the character or his world. It’s all connective tissue, but it’s not very compelling.

“The Gathering Storm” exists largely to prevent any fan from trying to “um, actually…” the show. It explains why Fett waited to overthrow Bib Fortuna (Matthew Wood). It explains how Fett encountered Fennec Shand (Ming-Na Wen) after she was left for dead during the first season of The Mandalorian. It even explains how Fett recovered his “Firespray gunship.” Just about the only thing it doesn’t explain is when Fett realized “Slave I” wasn’t a cool name and why he rebranded.

None of this is actually important. The audience could safely intuit a lot of this from Return of the Jedi and The Mandalorian. The audience doesn’t need to see how Fett and Shand met any more than they need to learn how Han Solo (Alden Ehrenreich) got his name. There might be an argument if there were an interesting story to tell there, if these elements existed as part of a more compelling narrative, but “The Gathering Storm” moves in depressingly straight lines as it joins the dots. 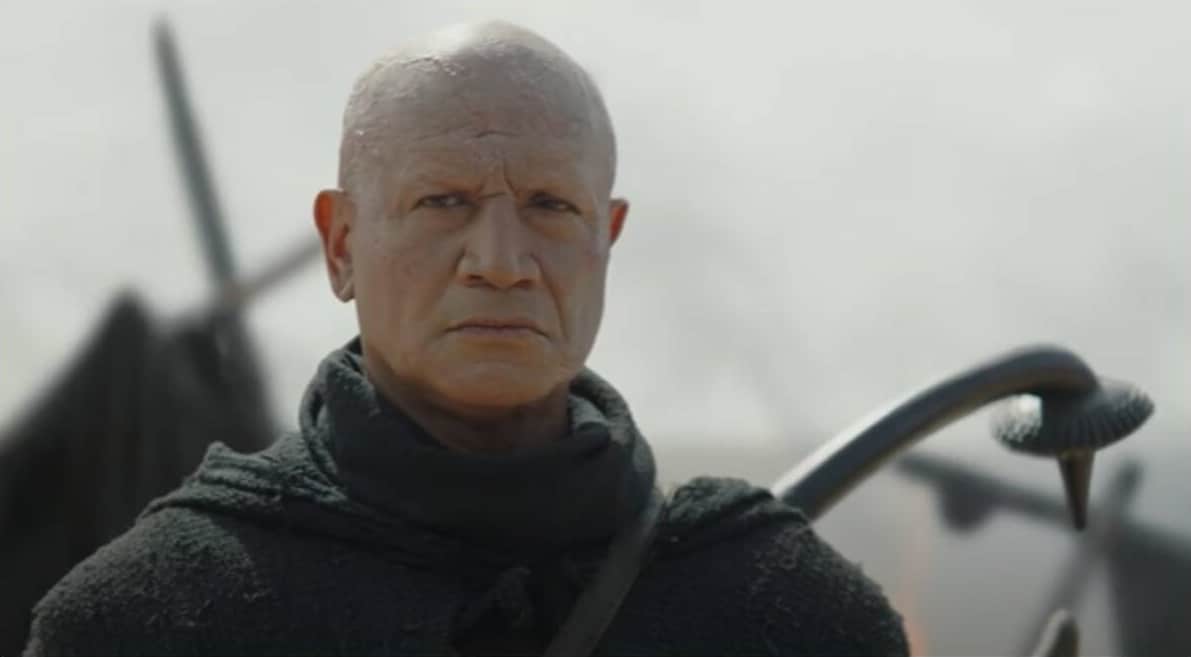 There is a frustrating sense of The Book of Boba Fett spinning its wheels. This is most obvious when Fett takes his Firespray gunship out to examine the Sarlacc pit to recover his armor. The audience knows his armor isn’t in the Sarlacc. The audience has seen Fett recover his armor on Tython in The Mandalorian. Of course, Fett doesn’t know this, but there is no reason for the episode to spend as much time on Fett discovering something the audience already knows. It could be handled in a line of exposition.

The most compelling scene in these flashbacks is a quiet dialogue-driven scene by the fireside between Fett and Shand, as Fett really outlines – for the first time on the show – what exactly he is planning to do with Jabba the Hutt’s criminal empire. He plans to “start a house,” explaining, “I’m tired of our kind dying because of the idiocy of others. We’re smarter than them. It’s time we took our shot.” He has learned, “You can only get so far without a tribe.”

Fett is effectively proposing a union for bounty hunters. It’s a legitimately clever idea, right down to Shand bristling against it because she sees herself as “an independent contractor.” It’s a concept that not only overlaps with organized crime in a historic sense, particularly in pop cultural depictions, but also allows The Book of Boba Fett to position its protagonist as a heroic figure among a chaotic and violent underworld.

Of course, there’s no reason that this scene needed to happen in a flashback. After all, Shand seems somewhat unconvinced by Fett’s “workers of the worlds unite!” pitch, setting up the possibility that she might be the traitor selling Fett out to the Pyke Syndicate. The scene could easily have taken place in the present day, perhaps in a moment of conflict between Fett and Shand about the former’s ruling style. 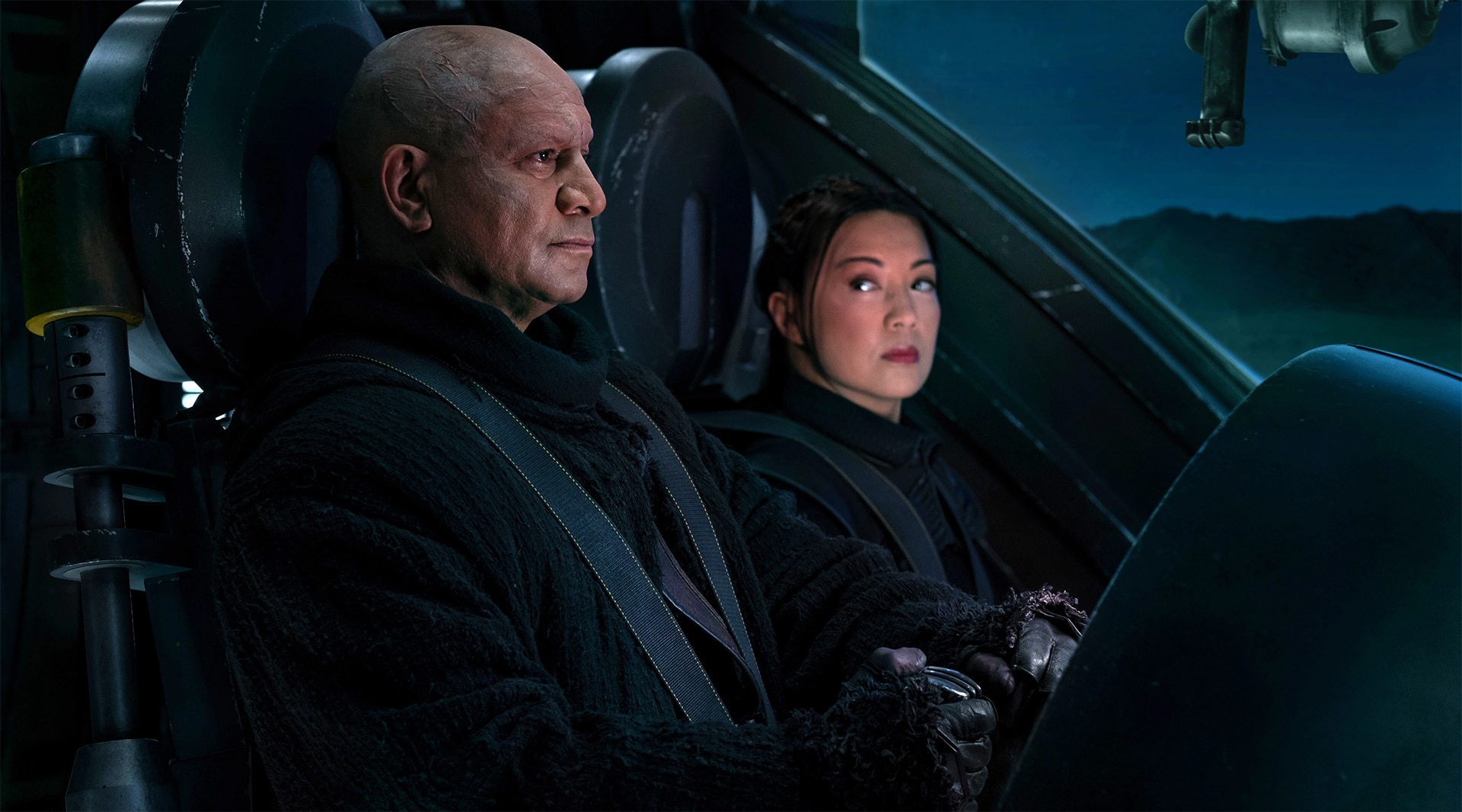 Structurally, it’s just important that Fett outlines his vision before the show really begins to lean hard into references to The Godfather, so the audience understands exactly what kind of criminal enterprise Fett has decided to run. Much of the pre-publicity around The Book of Boba Fett has made reference to The Godfather, and Fett’s meeting with the local crime lords is the most explicit invocation of the gangster classic, deliberately recalling a similar meeting scene in that film.

Fett’s anxiety about the arrival of the Pyke Syndicate, and the selling of spice on Tatooine, recalls the misgivings that Don Vito Corleone (Marlon Brando) expressed to the other five families about the arrival of heroin into his New York neighborhoods from dealers like Virgil Sollozzo (Al Lettieri). There is also a similar tension at play in the scene, concerning whether Fett can trust his peers to act in the common good, or whether any of them will side with the Pyke Syndicate against him.

The present-day sequences that take up the last third of the episode are among the most interesting material that The Book of Boba Fett has presented so far. Indeed, with the suggestion that the show has worked through the obligatory flashbacks, there’s a lot of potential here for the final three episodes. It is mildly frustrating that it has taken The Book of Boba Fett four whole episodes to reach a point where it is ready to actually move forward.

For a guy with a jetpack, Fett certainly takes his time getting where he needs to be.