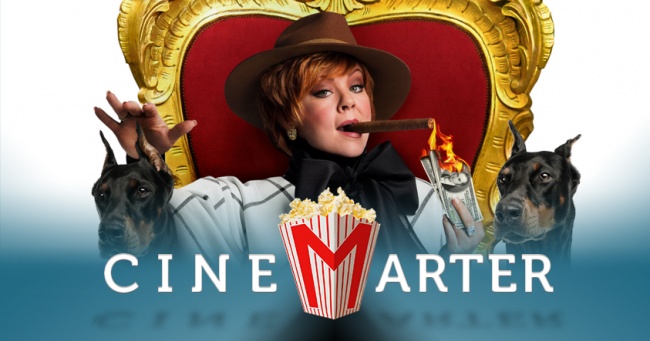 I don’t think I’ve ever before seen a movie in which its star’s neck is covered for the entirety of its running time. The Boss may be the first of its kind in that regard, so if you watch movies to experience new things, well, there’s a new thing. Melissa McCarthy plays Michelle Darnell, an unbelievably wealthy woman who goes to jail for insider trading and, upon release, finds herself forced to crash on the couch of her former assistant, Claire (Kristen Bell). Despite having no money, she still wears expensive clothing and always ensures to cover her neck. Why? It’s not addressed in the film, but you’re free to draw your own conclusions.

Michelle decides that her way back to the top is through Claire’s brownies, so the pair of them and a bunch of teenagers do a riff on the Girl Scouts until the film gets bored of that and turns into a heist movie. Along the way, Michelle fulfills every stereotype one can think of when it comes to a self-made person, Peter Dinklage shows up as the villain, we watch various skits that are varying degrees of not funny, and the film claws and scratches its way make it to a proper running time. 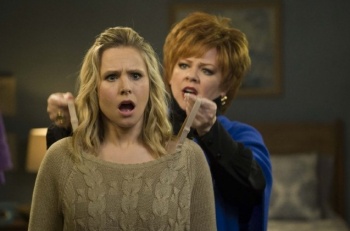 Melissa McCarthy is an actor whom I enjoy intermittently, and many of her significant roles following her Oscar nomination haven’t panned out. With films like Tammy, Identity Thief, and The Heat on the resume – the first of which, just like The Boss, she co-wrote and produced, while her husband directed – someone less talented would see herself struggling for work. But McCarthy is talented, and a film like last year’s Spy capitalized fully on that. She has great comedic timing, can ad-lib with the best of them, and pulls off physical comedy wonderfully. But these scripts are often just not good.

Such is the case with The Boss, which is, at times, painfully unfunny. For the majority of its running time, we just watch McCarthy do things that aren’t particularly amusing, waiting for the laughter to come. And when it never does, the film cowers away, unsure of itself, and does something even more ridiculous – like how it changes into a heist movie for its big finish. It doesn’t give off any air of confidence, coming across like that one kid in class who desperately wanted to be funny, but when nobody laughed he’d pretend to be sick for a week in hopes we’d all forget about his failure. We remember, Timmy.

If the premise of The Boss is something you find funny, then you’ll probably get at least a small kick out of it.

About the only goodwill that The Boss does generate comes from the scenes where McCarthy and Bell are allowed to just go back and forth for a little while, likely ad-libbing their way through the dialogue. But these moments only come in short bursts, and the overwhelming lack of laughs from the rest of the movie mitigate any success the two leads sometimes find.

Comedies are always the hardest things to review, as they’re the most subjective genre out there. What you find funny might not be the same thing that I find funny, or the guy you sit next to on the train finds funny, or Timmy finds funny. Do you like watching what essentially amounts to various skits featuring Melissa McCarthy being loud, obscene, profane, and rude, held together by only the bare inkling of a plot and a supporting cast who come and go and are largely inconsequential? Well, then you’ll probably enjoy The Boss.

If the premise of The Boss is something you find funny – and not sacrilegious; there’s only one Bo$$, after all – then you’ll probably get at least a small kick out of it. The best I can do is tell you that I did not find it very funny, that the plot is paper thin and filled with cliches, and that Melissa McCarthy really needs to stop writing her own scripts and focus on projects with talented filmmakers writing strong scripts and properly directing her – that’s where she’s most successful. The Boss doesn’t work, which I’m sure is something to which anyone who’s ever worked under somebody else can relate. How fitting.

Recommendation: It’s still better than Tammy, so I guess if you set your sights really low, maybe it’s worth seeing?