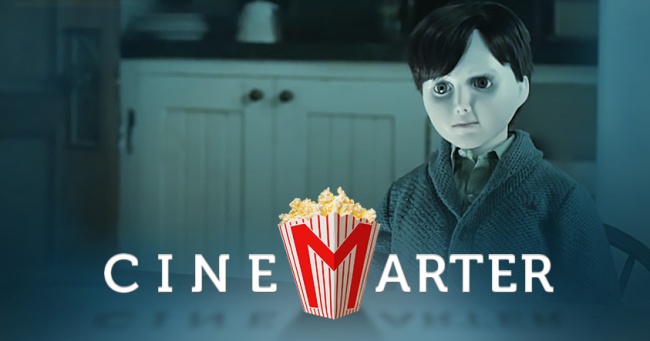 Dolls can be creepy things. If you’re left alone in the house with one of them, you might start seeing its eyes move, like it’s tracking you. So, imagine the surprise when the protagonist of The Boy, Greta (Lauren Cohan), is asked to babysit a doll for months in an out-of-the-way mansion in the English countryside. The doll’s owners, Mr. and Mrs. Heelshire (Jim Norton and Diana Hardcastle), lost their son 20 years earlier, and have been using this doll as a stand-in ever since. But now they’re going on vacation and need a live-in nanny for the doll.

Greta needs the money, and the gig seems like it’s an easy one – you don’t have to do anything; after all, it’s a doll – so she accepts. But then things start getting weird, and soon enough she’s wondering if the doll is possessed. First its head is tilted in a different direction. Then some of her clothes go missing. Then the entire doll has moved. But Greta never actually sees any of this. The reason? It’s shy. One might think that means that the film telling us this story would be atmospheric, since we don’t see the doll do anything, but you’ll likely be unsurprised to learn that it isn’t. It, like most of its contemporaries, relies on jump startles to shock its audience awake. 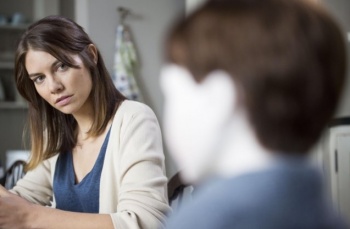 The Boy has been directed by William Brent Bell, a name you may or may not recognize as the man behind The Devil Inside, one of the worst horror films ever. It was the one that asked you to go to a website – now defunct – to find out the actual ending to the film. Well, he’s done better this time, thankfully, by actually including the ending in the film you’ll pay to see. Less fortunate is what that ending is.

The Boy features a big ol’ twist that you could read and laugh at, thinking that there’s no way a movie in 2016 would actually try to get us to believe it. But, I assure you, it really does exist, and it changes the tone of the film completely. I won’t ruin what happens here – I’ll include a spoiler tag at the end of the review – but suffice to say the movie turns into a slasher. Because of course it does. Otherwise, the doll seemed harmless enough, right? We need escalation in our movies, and this is the way the filmmakers decided to do it. Well, at least the final 30 minutes contain something to watch, even if it comes off a pretty silly twist.

The Boy is another bad, but not offensively terrible, horror movie this January.

The first hour, though, consists of boredom that is briefly but all too frequently interrupted by the film yelling “boo!” at the audience. And they’re all false jump startles, too; there’s never any actual danger. The movie just wants to make us jump in our seat. What is there to be afraid of? A doll that we never actually see do anything? I mean, there’s obviously something going on, but until the film reveals what that something is – and it also establishes literal rules to avoid any trouble or danger – nothing of consequence happens to anyone.

More disappointing, at least for me, is the way that real-world horror is included in The Boy, coming in the form of domestic abuse. Greta is just out of an abusive relationship, and there could have been real opportunity to tie that into what’s happening with this doll. The best sequence in the movie comes when her ex-boyfriend (Ben Robson) shows up, as it’s the first time where it genuinely feels like something bad could happen. Take that amount of tension and potential danger and expand it to the entire film – maybe even using the doll metaphorically – and you’ve got a smart, scary film. As it is? It’s boring before becoming laughable.

The Boy also wastes a few strong elements. In the lead role, Lauren Cohan is more than serviceable, giving us a likable, sympathetic lead. Rupert Evans shows up for several scenes as both a love interest and as the man who delivers the groceries to the mansion. The cinematography is better than it probably needed to be, and, at times, the mansion starts to feel like its own character as a result.

The Boy is another bad, but not offensively terrible, horror movie this January. Its first hour is filled with boredom and jump startles, while its final half hour changes direction into a pretty insubstantial slasher that’s brought about by a severely stupid twist. The acting and cinematography are both fine, but they’re in service of a horror movie that wastes its potentially strong elements and isn’t very scary. The Boy isn’t good, but we’ve seen far, far worse.

Bottom Line: The Boy is another bad horror movie, but it’s not so bad that you need to run away from it at full speed.

Recommendation: If you can wait until The Witch comes out in February for your horror fix, you should do that.