The nation of Japan is known for many, many things – sushi, giant robots, crazy cartoons, and small (yet oh-so-efficient) pieces of technology, to name a few. As a general rule of thumb, Japan takes its fandom very, very seriously, and what part of fandom would be complete without cosplay?

We had a pair of correspondents at the Tokyo Game Show 2010 this past week, and they were fortunate (and smart) enough to have a camera with them. They snapped a ton of cosplay shots, and these were some of our favorites. For the rest, check out the gallery! 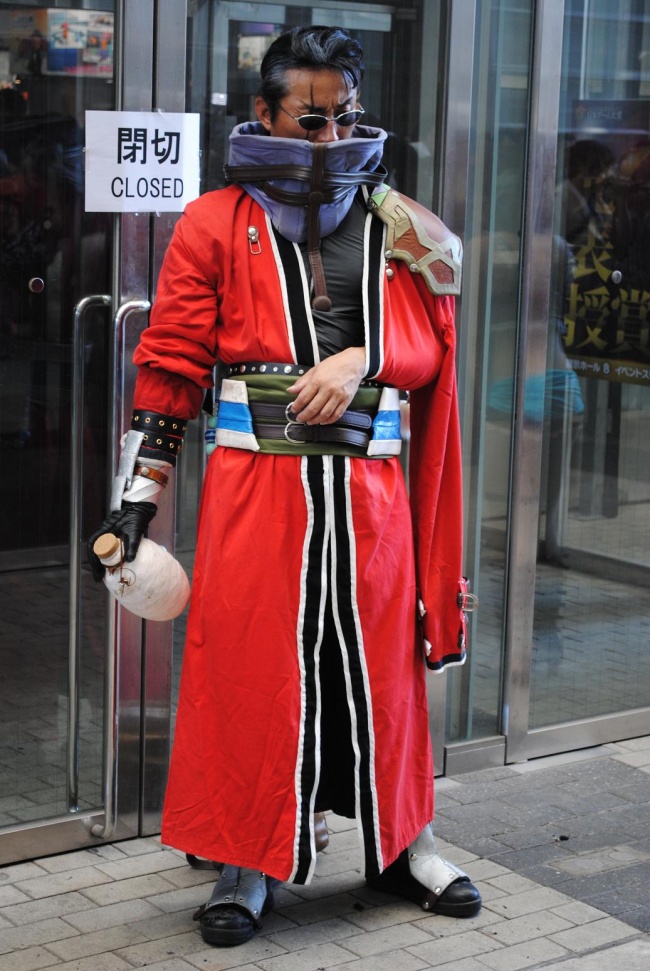 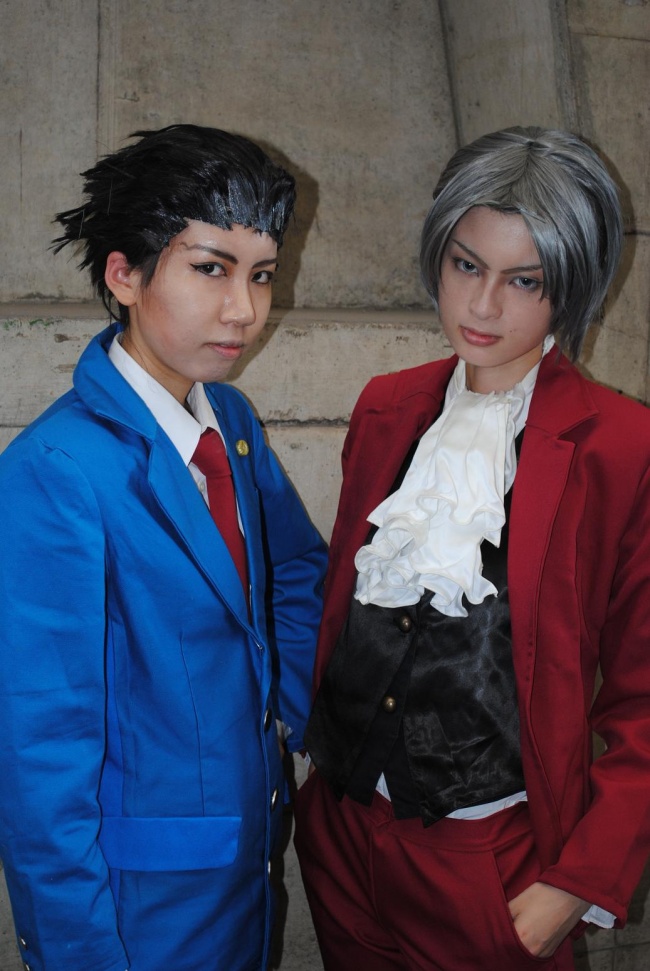 Ace Attorney‘s Phoenix and Edgeworth hang out together when not shouting at each other across a courtroom. 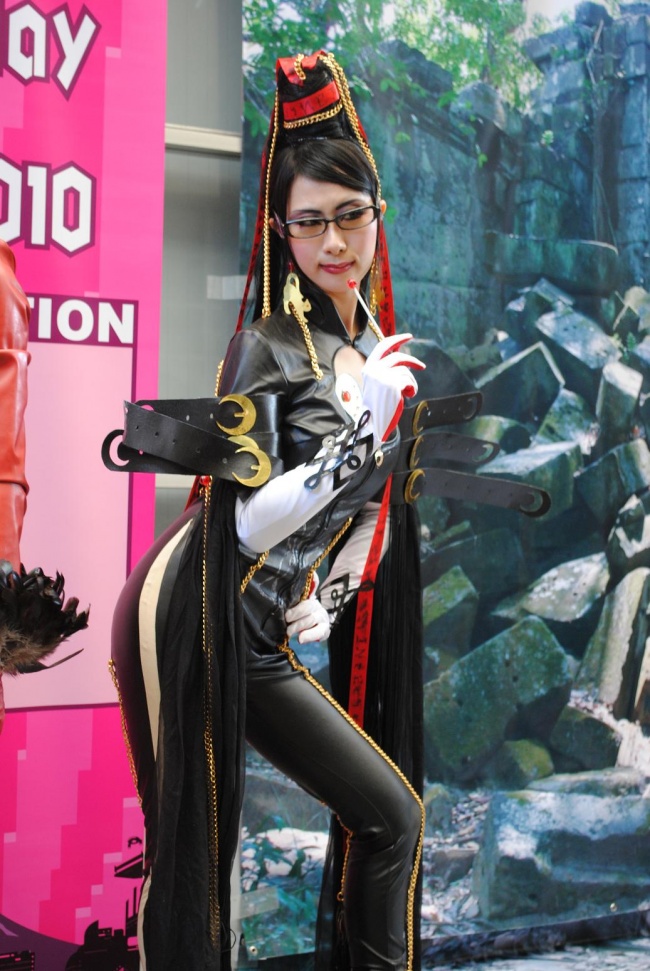 Bayonetta, complete with lollipop and suit made of hair. 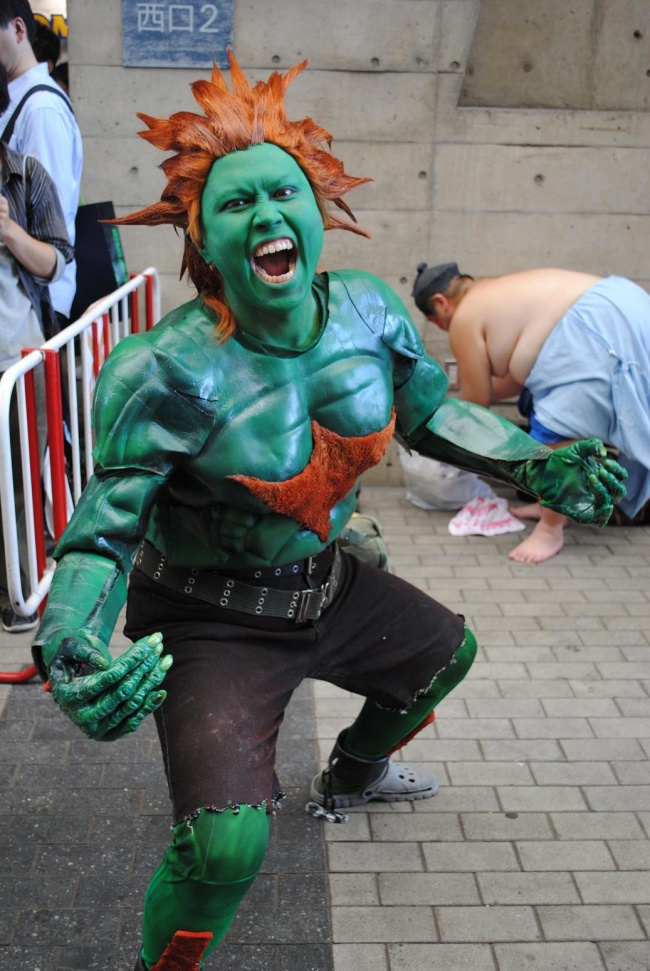 Blanka flew in from Brazil last night, and boy are his arms– no, I’m not going there. 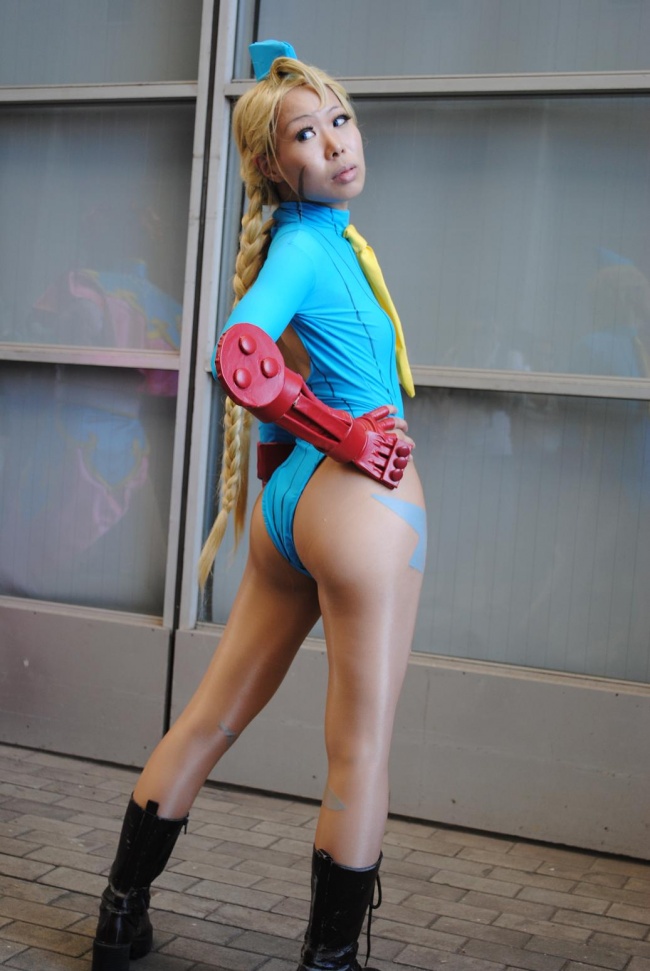 Even deadly killing machines like Street Fighter‘s Cammy can stop to pose every once in a while. 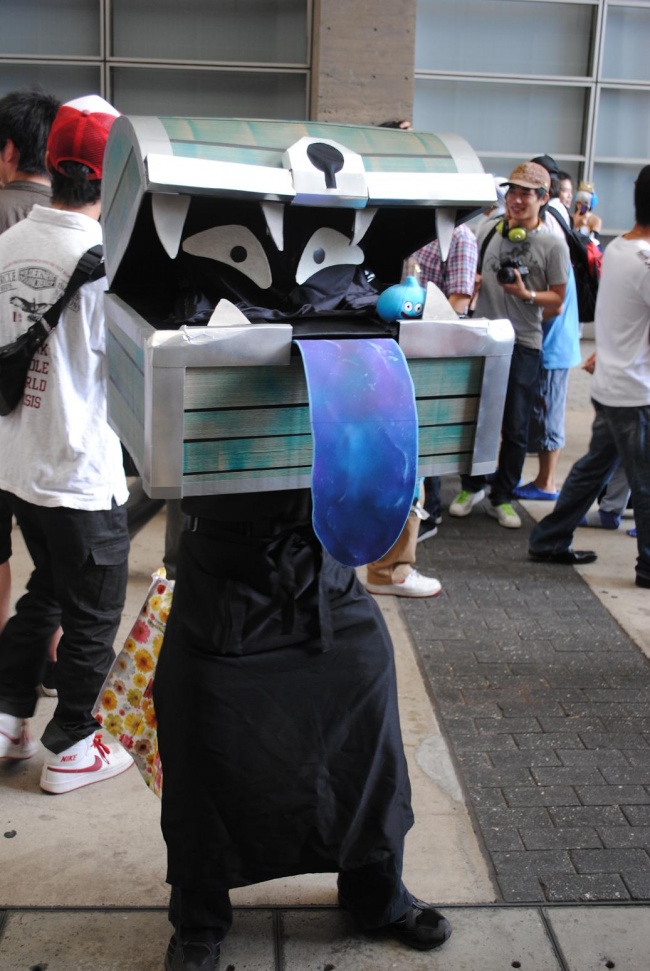 Don’t you just hate chest monsters? How did they even evolve in the first place? 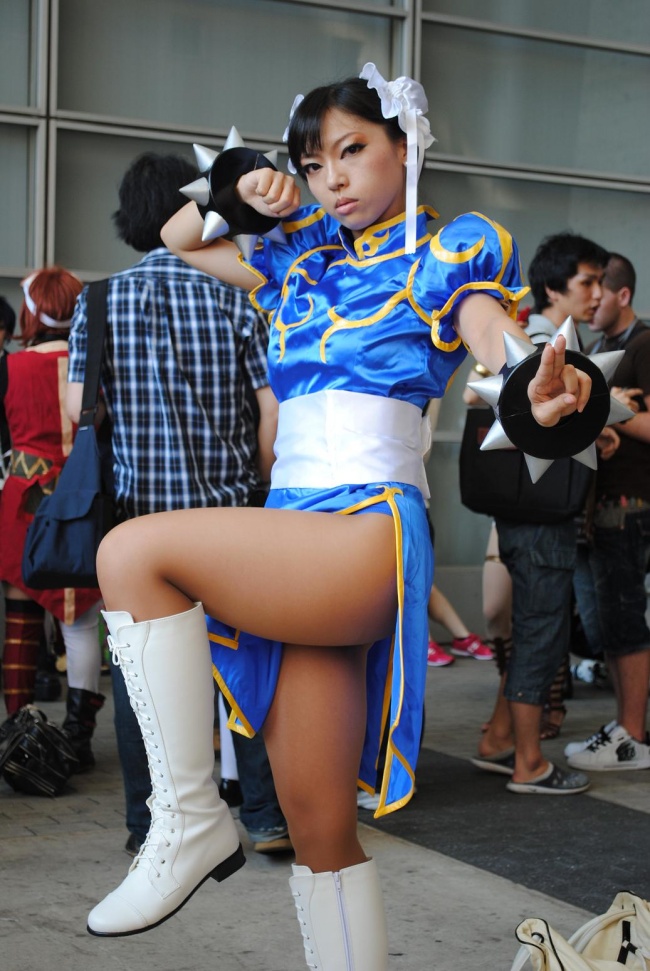 The strongest woman in the world will kick you in the face. 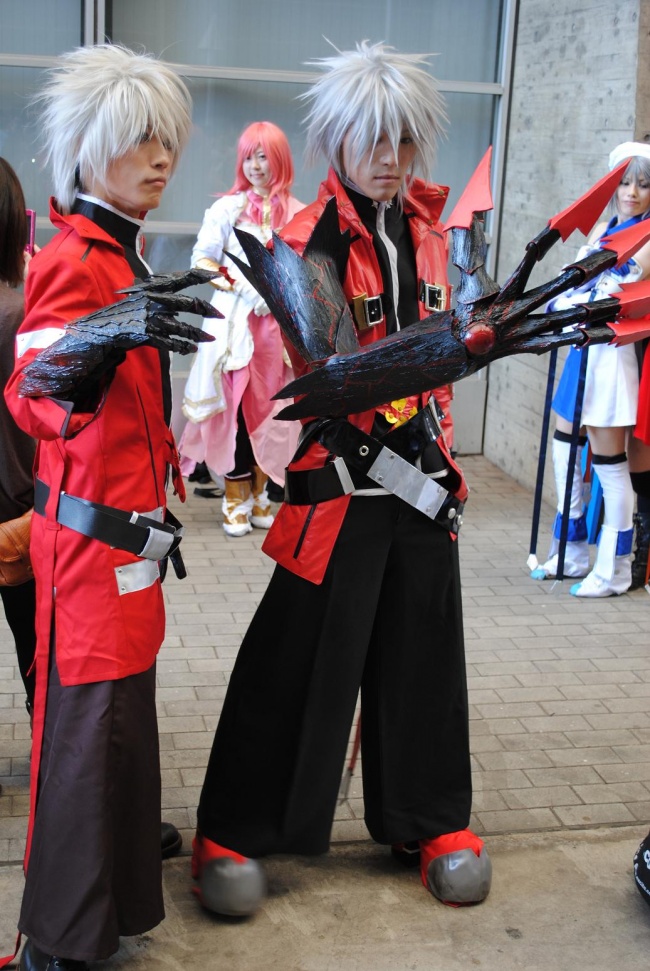 BlazBlue‘s Ragna the Bloodedge seems to be having a bad hand day. 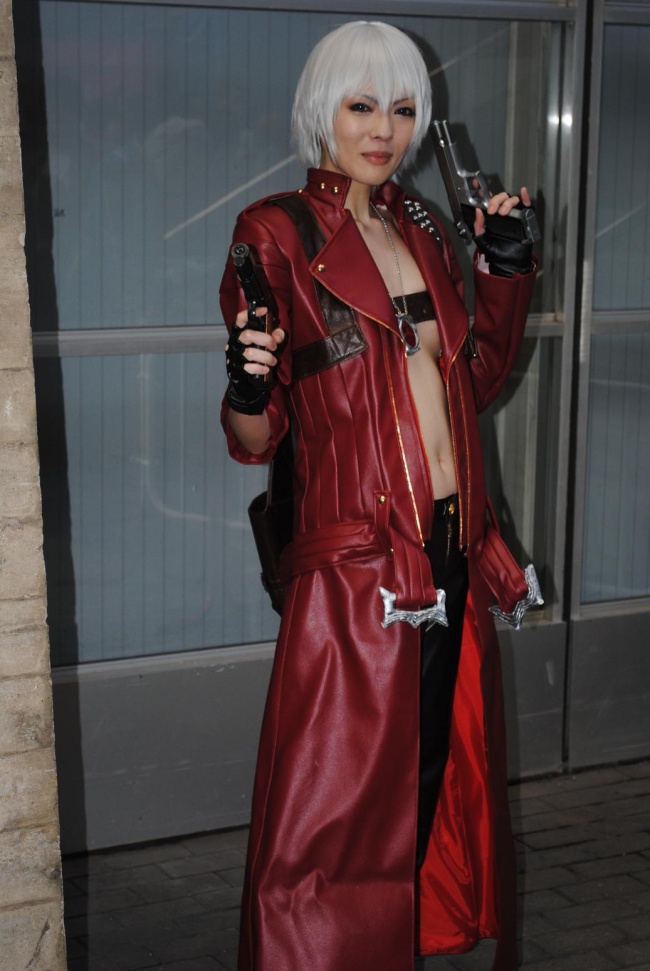 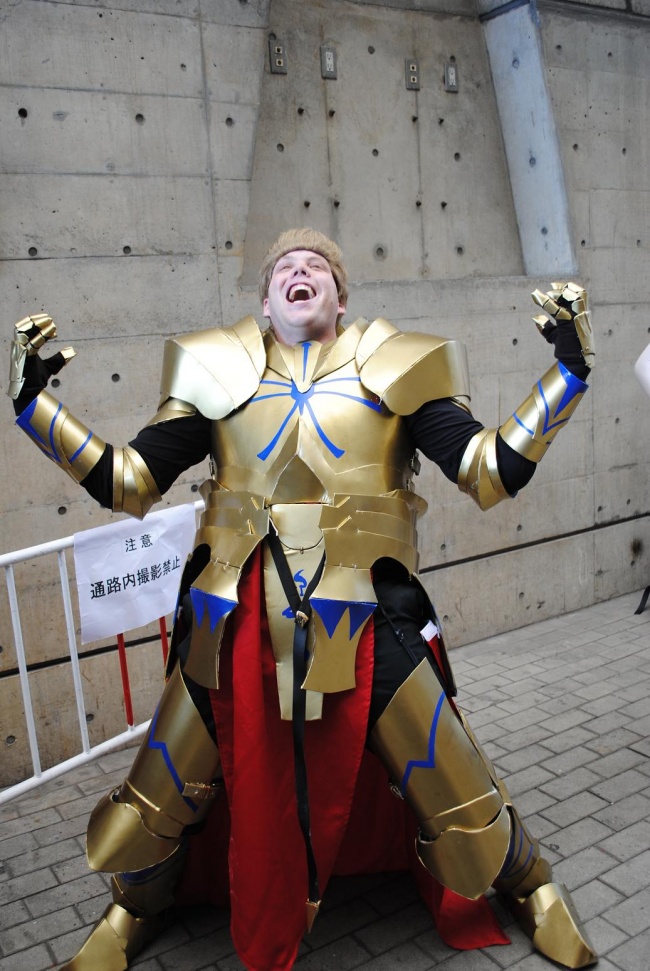 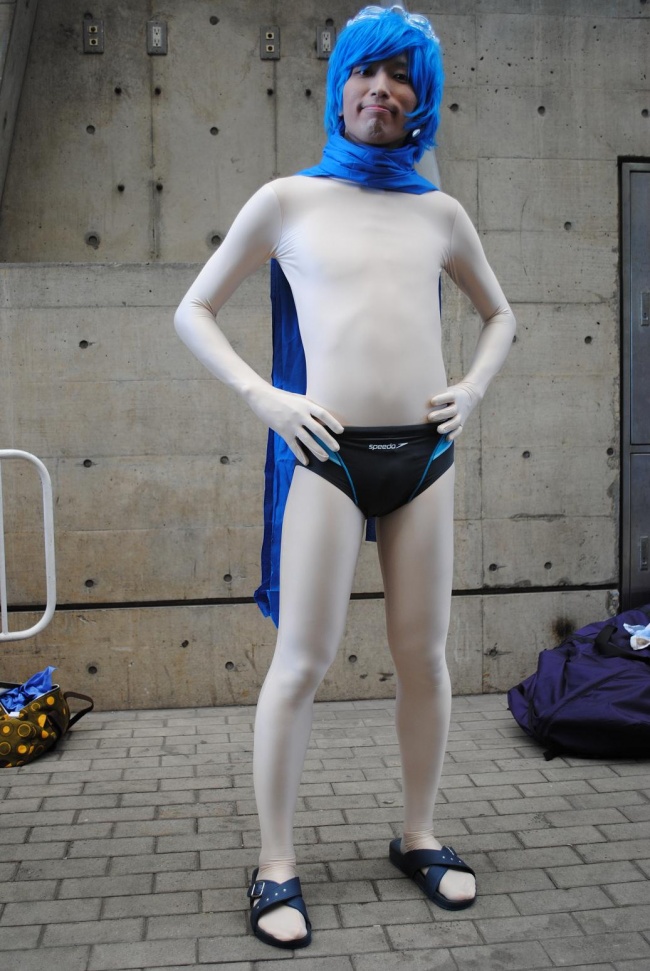 I don’t know what this guy is even cosplaying, but that’s certainly … quite the outfit. Or lack thereof. 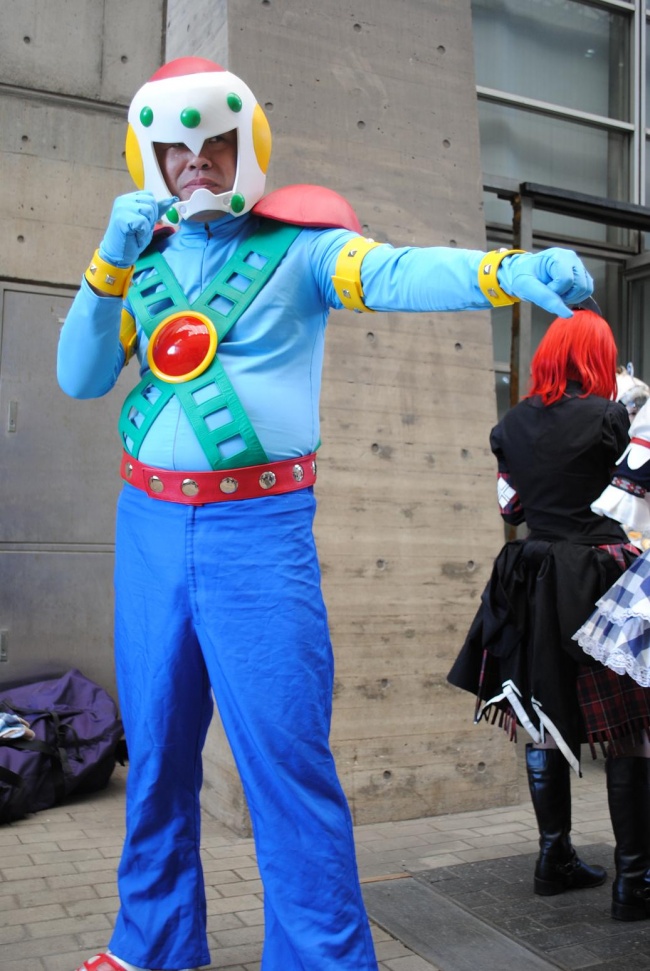 It’s a great costume, but it’s a bit frustrating that we can’t remember who he’s dressed as. Seriously, who is this guy? It’s driving me nuts! 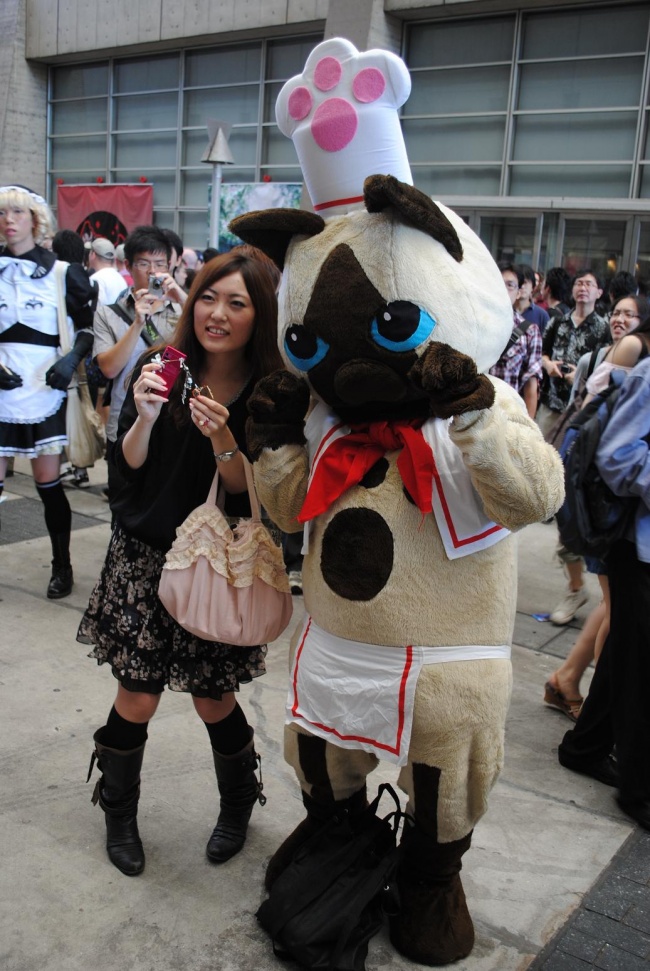 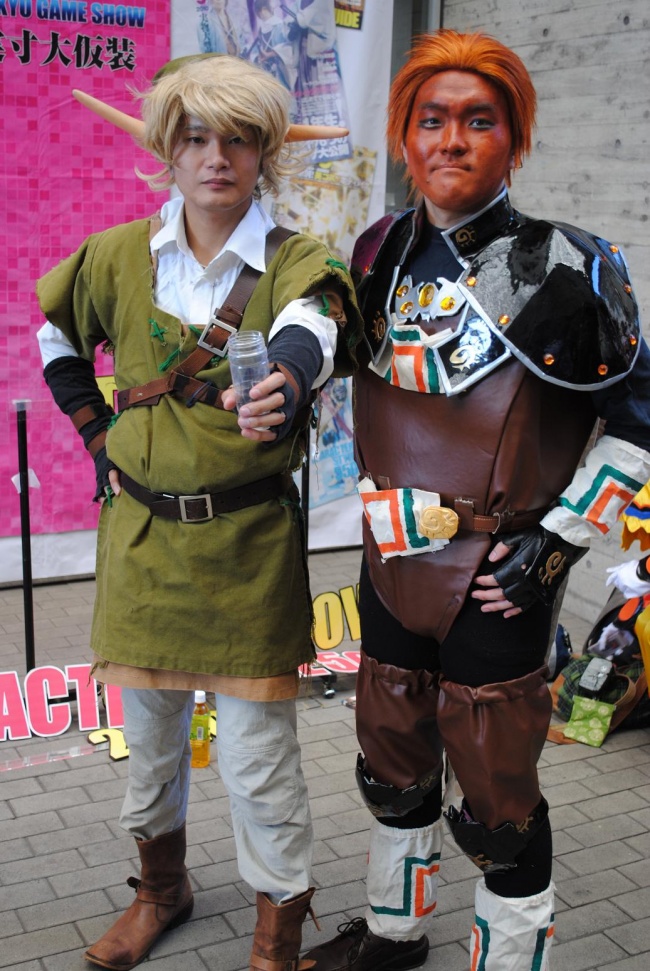 When hanging out with Ganondorf, Link always makes sure to be carrying an extra fairy around. Just to be sure. 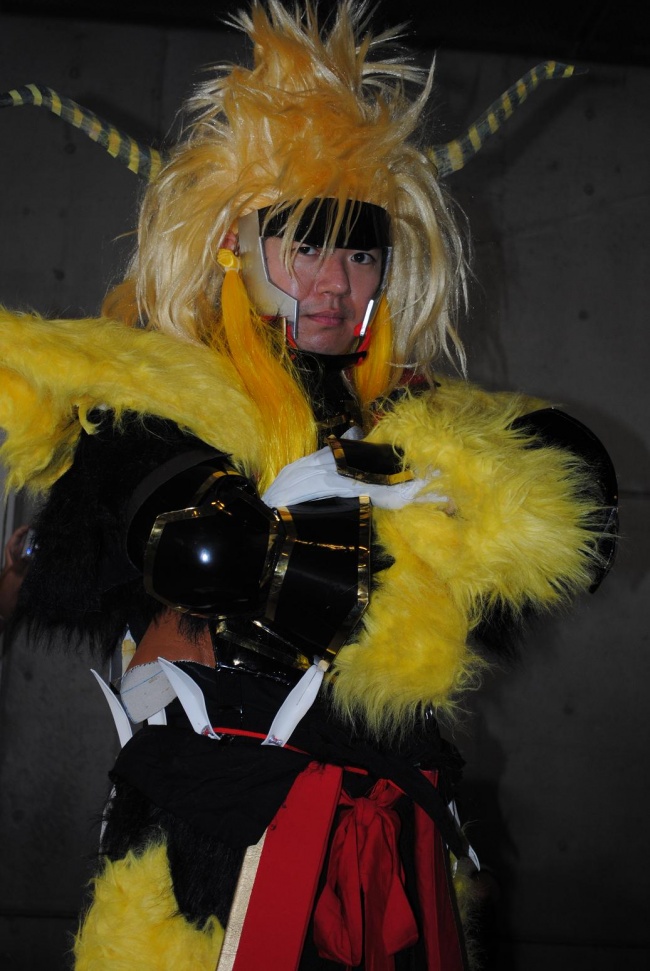 He’s either from Dynasty Warriors, or he was attacked by Big Bird on the way to the show. I could go either way, really. 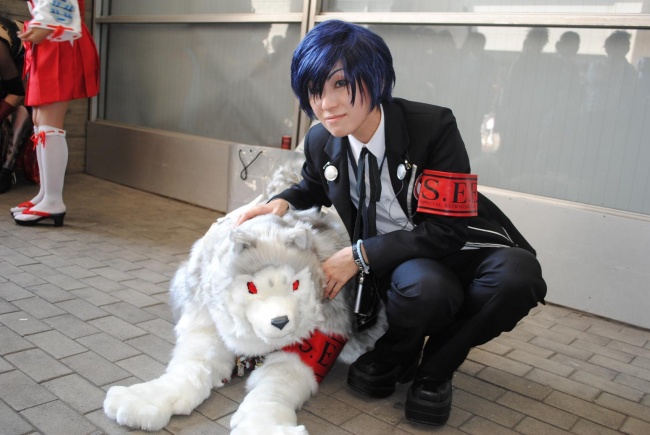 Sadly, the Persona 3 main character doesn’t have much to do before the Midnight Hour. 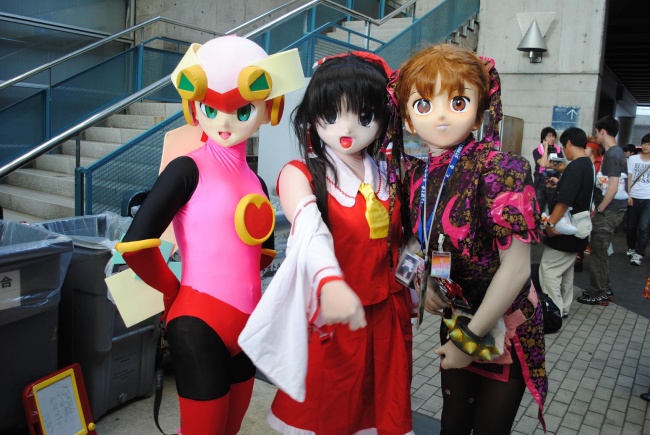 The … the eyes. It feels like they’re piercing straight into my soul. 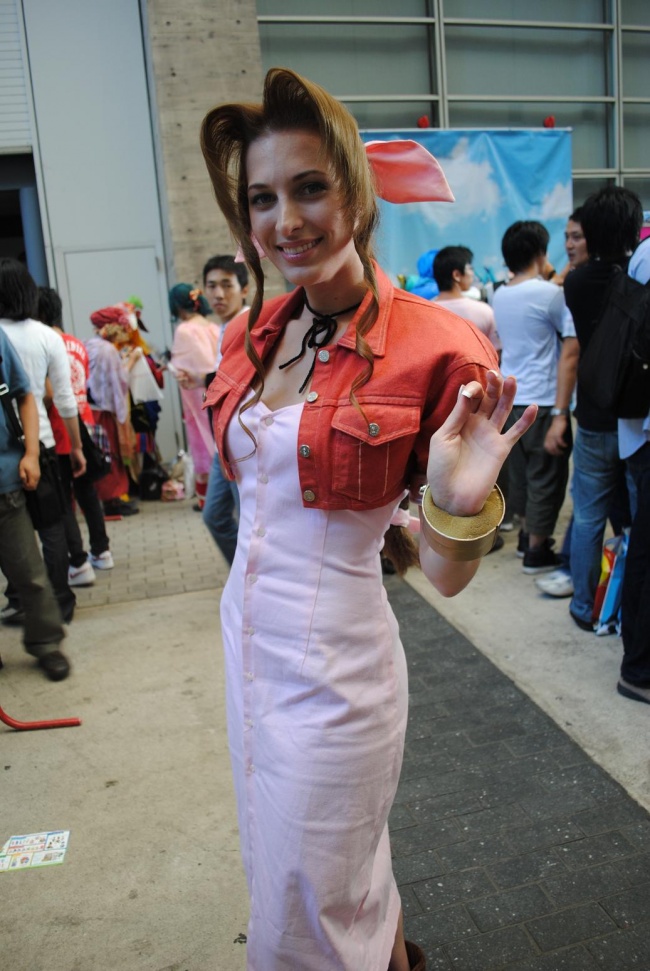 Would you like to buy a flower? Please keep all absurdly long swords away from Final Fantasy VII‘s Aeris at all times. 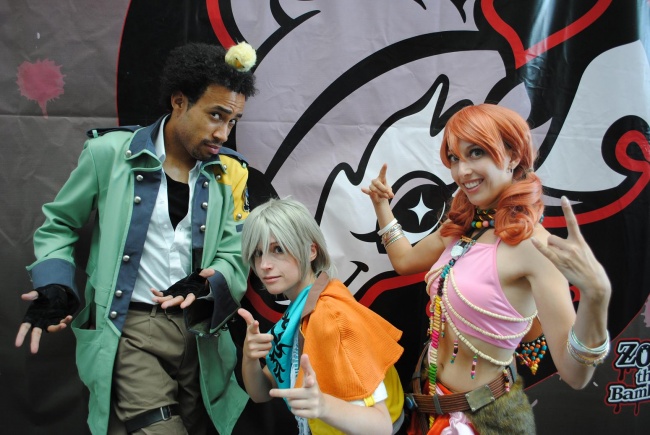 This Final Fantasy XIII cast knows how to work it, baby chocobo included. 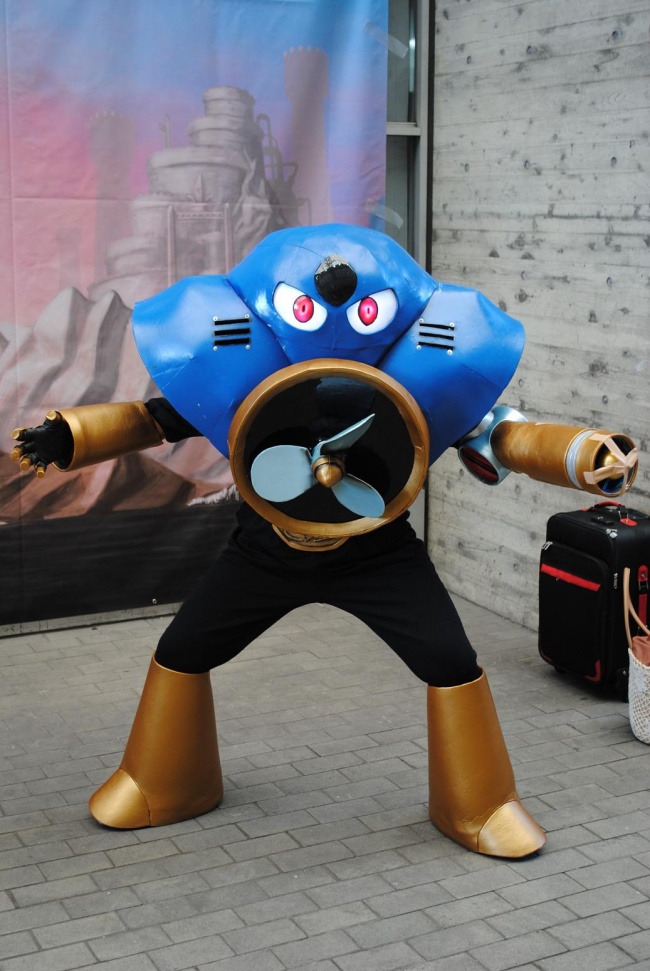 You now manually have Air Man’s theme song stuck in your head. 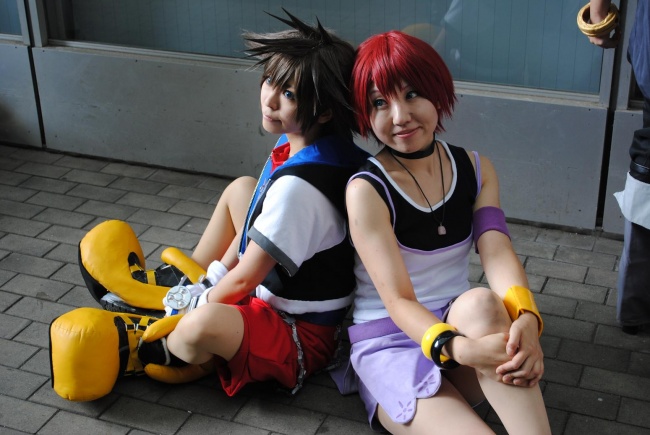 This Kingdom Hearts cosplay is all kinds of adorable, but Sora’s huge shoes just make it work. 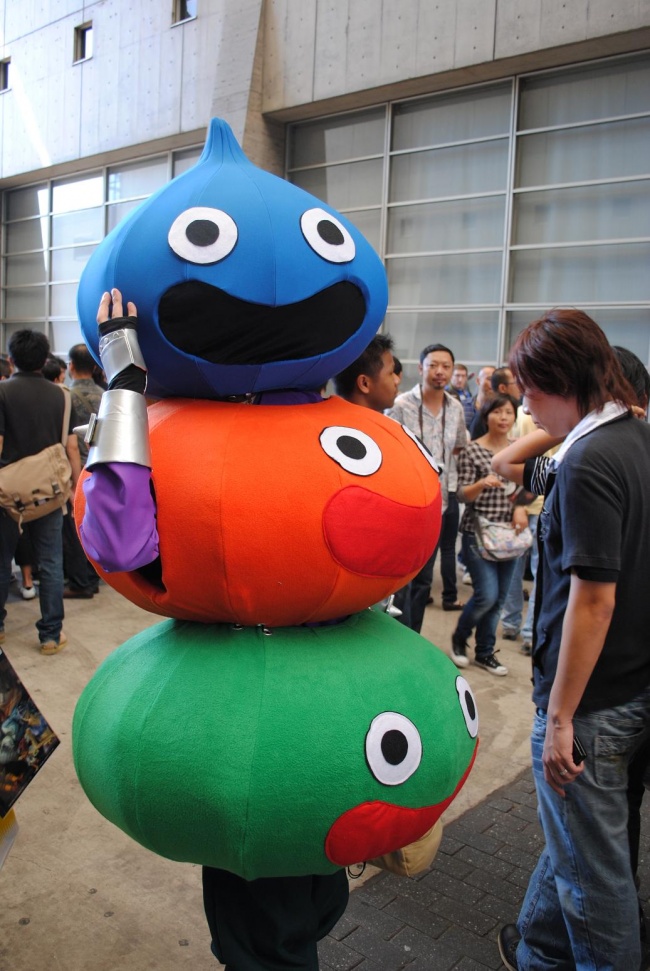 A Slime draws near! Three of them! Stacked on a person! Wait, what? 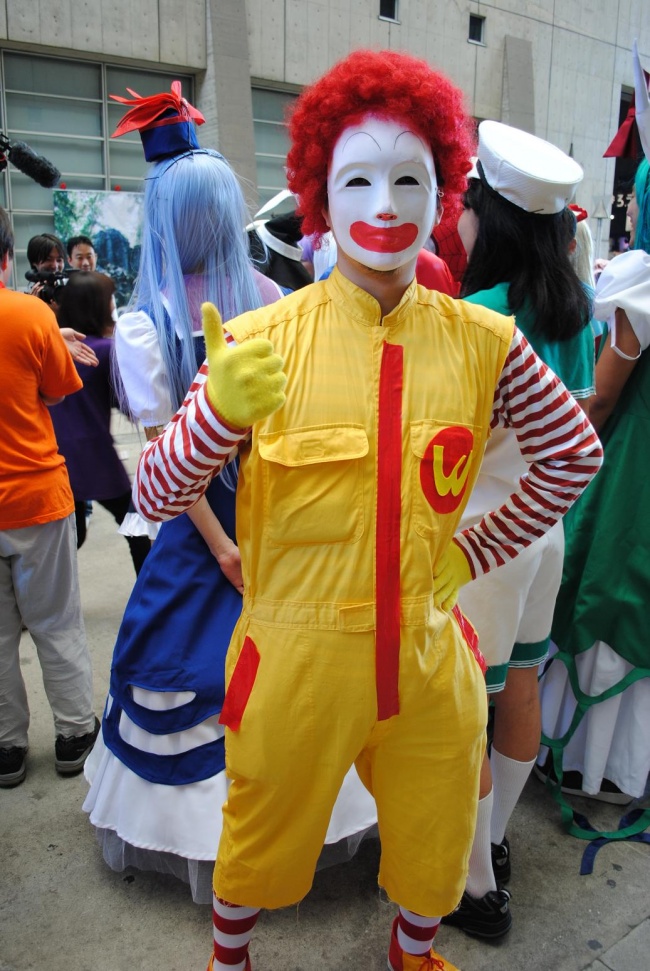 I know Ronald McDonald is supposed to be happy, but I just feel more like he’s going to stab me with a frozen McNugget. 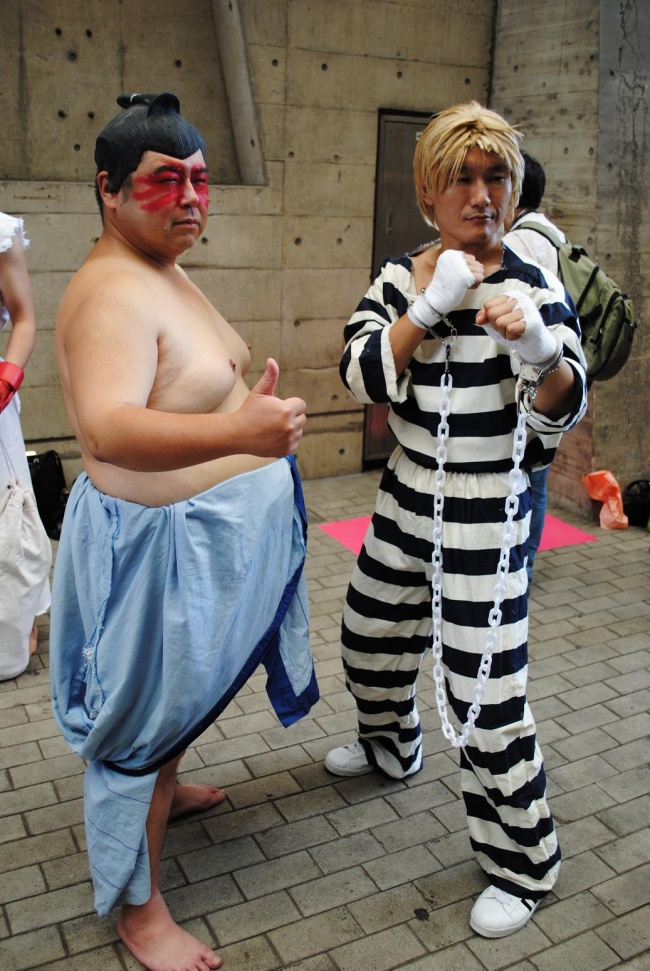 E. Honda and Cody are ready to rumble – with you. 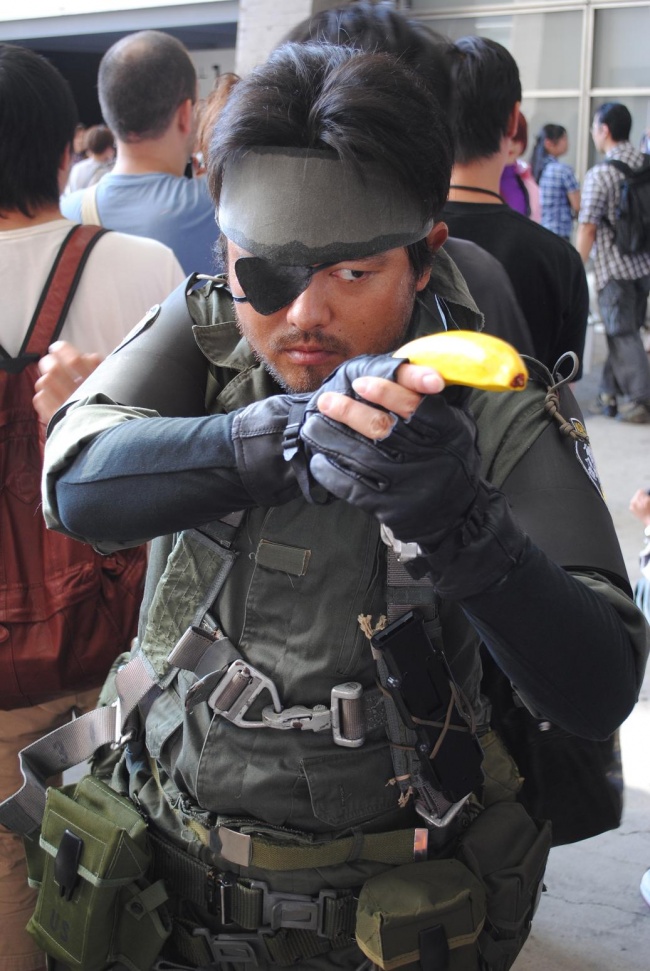 I think the best part about this cosplay is how serious he is about his banana gun. 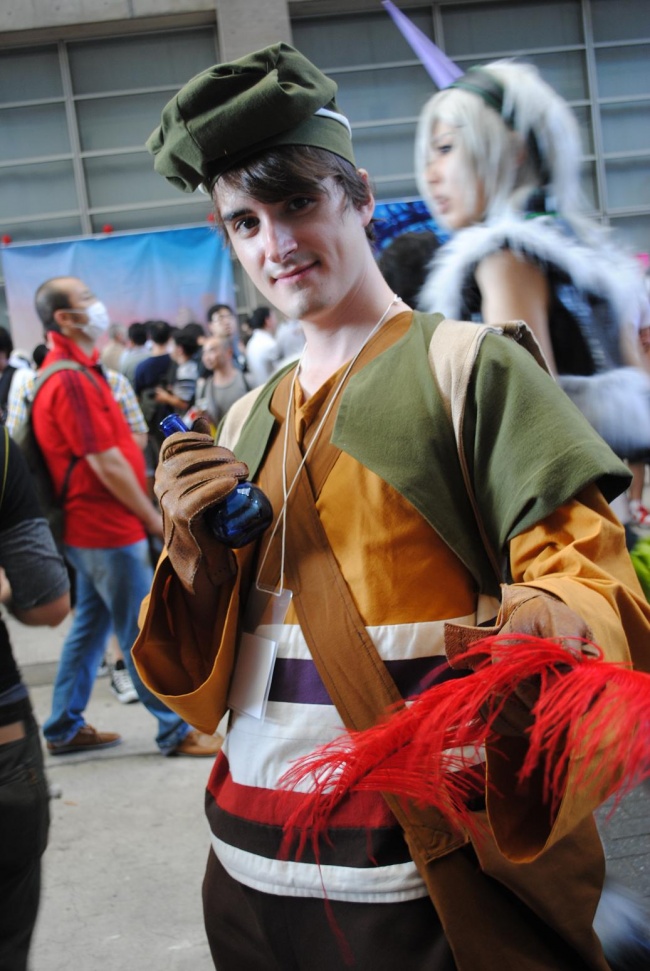 This Final Fantasy Tactics alchemist might be ready to brew up a potion, but be wary – that aftertaste is worse than freakin’ Coke.