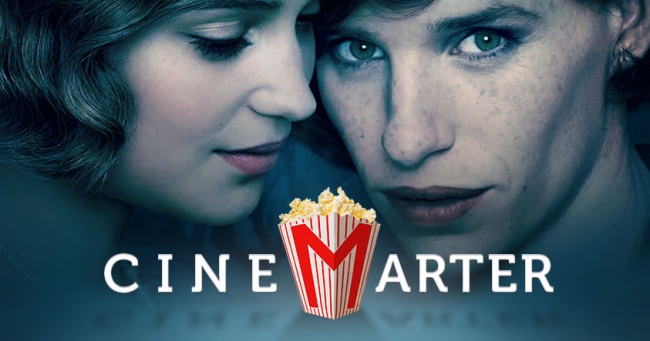 The Danish Girl has been on a lot of “most anticipated” lists for a while for a variety of reasons. Its director, Tom Hooper, has had his last two films win Academy Awards. Eddie Redmayne, the lead actor, won the Best Actor Oscar just last year. Alicia Vikander is having a breakout year. And the subject matter – that of one of the first people in the world to have sex reassignment surgery – is intriguing. The Danish Girl certainly fits into the “Oscar bait” category, although I’d like to point out that, as formulaic as so-called “Oscar bait” movies are, they’re still typically pretty good.

The film tells the story of Einar Wegener (Redmayne) and his wife, Gerda (Vikander). Both are painters – Gerda does portraits while Einar works primarily on landscapes. One day, Einar is asked by his wife to stand in for a female model. Embarrassed at first, Einar eventually embraces this, starts dressing up more frequently as “Lili,” and eventually progresses to the point where he comes to the conclusion that he is, in fact, she – at least internally. Biologically the body is still male. You can imagine the issues that causes for people today; now think about what it’d be like in the 1920s. 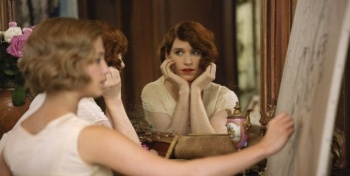 Part of the problem I have with The Danish Girl is how, for the most part, it lacks conflict, particularly when it comes to how everyone views Lili/Einar. You expect more shocks, I guess, from anyone who learns about this and, for the most part, they’re absent. People are either supportive or ambivalent. The only real outrage comes from many of the doctors, who are almost cartoonish against Lili existing. But the average citizen? No such reaction.

You might, for instance, expect the relationship between Lili and Gerda to be more complicated after Lili – for lack of a better word – emerges, and while there’s a little bit of fighting, Gerda is more than understanding. The film lacks any large-scale conflict, and that makes it boring. Lili is sympathetic, but since the movie is, in part, based on a true story, you know how it works out. She doesn’t even encounter a lot of resistance when it comes to getting the sex reassignment surgery.

The Danish Girl is pleasant but takes no risks and really should have been more worthwhile than this.

Speaking of the “true story” tag, The Danish Girl is actually based not on the lives of Gerda and Lili, but on David Ebershoff’s novel The Danish Girl, which is a fictionalized version of the story which was never purported to be telling the truth. The film, on the other hand, has been advertised as such. It’s a missed opportunity, as the real-life story is arguably more intriguing.

Eddie Redmayne is clearly going for another Oscar here, and while he’s good, he’s not even the star of the movie. Alicia Vikander walks away with every scene, delivering not only the more emotional performance but the more interesting one, too. Her character winds up becoming the emotional core of the film, even though it’s supposed to be about Lili. Maybe an actual trans actor in the lead might’ve made it more engaging, but I do understand doing that would make the film less marketable and earn it less money. It’s a conundrum, isn’t it? More people will see the movie with someone like Redmayne in the lead, but it’ll be more inclusive if a trans actor played the role. In supporting roles, Matthias Schoenaerts, Ben Whishaw, and Amber Heard are fine, although none of them make a lasting impression. This is Redmayne and Vikander’s film.

The Danish Girl is your generic late-year British period piece – even though it’s set in Denmark, but I can’t recall a single word of Danish being spoken in the film. It’s simplistic, it lacks conflict, it’s repetitive, and it never should be billed as being based on a “true story,” since it’s an adaptation of a fictional novel. It looks great, as seemingly all British period pieces do, and the two leads turn in superb performances, but there’s just nothing much here. This subject matter should change things up enough on its own, but for one reason or another, it wound up being just mediocre. The Danish Girl is pleasant but takes no risks and really should have been more worthwhile than this.

Bottom Line: The Danish Girl is Every British Period Piece Ever, but it’s about an interesting subject matter. Too bad it couldn’t do more with it.

Recommendation: The Danish Girl is fine, but not a necessary watch except to see its lead actors.