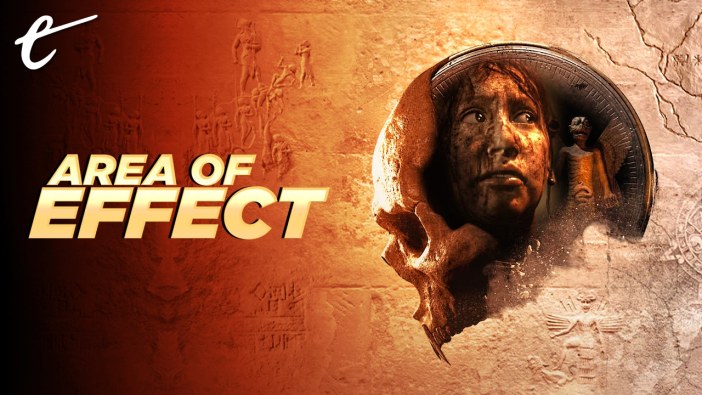 Five minutes into The Dark Pictures: House of Ashes, I was roaming blindly around the corridors of an ancient temple. I wasn’t completely alone, but I was pushing so far ahead that, if some shadow-dwelling beast did divorce my head from my shoulders, my companion would reach me just in time to see my corpse crumple to the floor. In my mind, every single noise marked the approach of a monster; it didn’t help that, being my first playthrough, I had no idea how or when my character could meet their demise. What I did know was that if I did die horribly in some dimly lit side passage, it’d be my own idiotic fault.

Why? Because Supermassive Games, developer of House of Ashes, understands you’re not an idiot, but it does know how to make you act like one. Like Little Hope, Man of Medan, and Until Dawn before it, there’s little logical in-story reason for your characters to wander off, short of circumstances separating them. In fact, as a horror movie aficionado, I was overjoyed Until Dawn didn’t turn me into the kind of clueless protagonist that would vote to split up.

When Until Dawn asked me if I wanted to abandon my fellow characters and head into a side branch of a spooky mine, I was tempted to fling the disc out of my window. I’d grown accustomed to Telltale’s The Walking Dead’s non-choices, so while I opted to pick the “No. Just no.” option, I felt sure Until Dawn would find some flimsy excuse to send me poking around the dark. But it didn’t overrule my decision, leaving my character’s dignity and spinal column intact. At the time it felt like a real revelation, but The Dark Pictures games have since followed suit. More often than not, if a choice screams “bad idea,” you’ll have the freedom to thumb your nose at it. 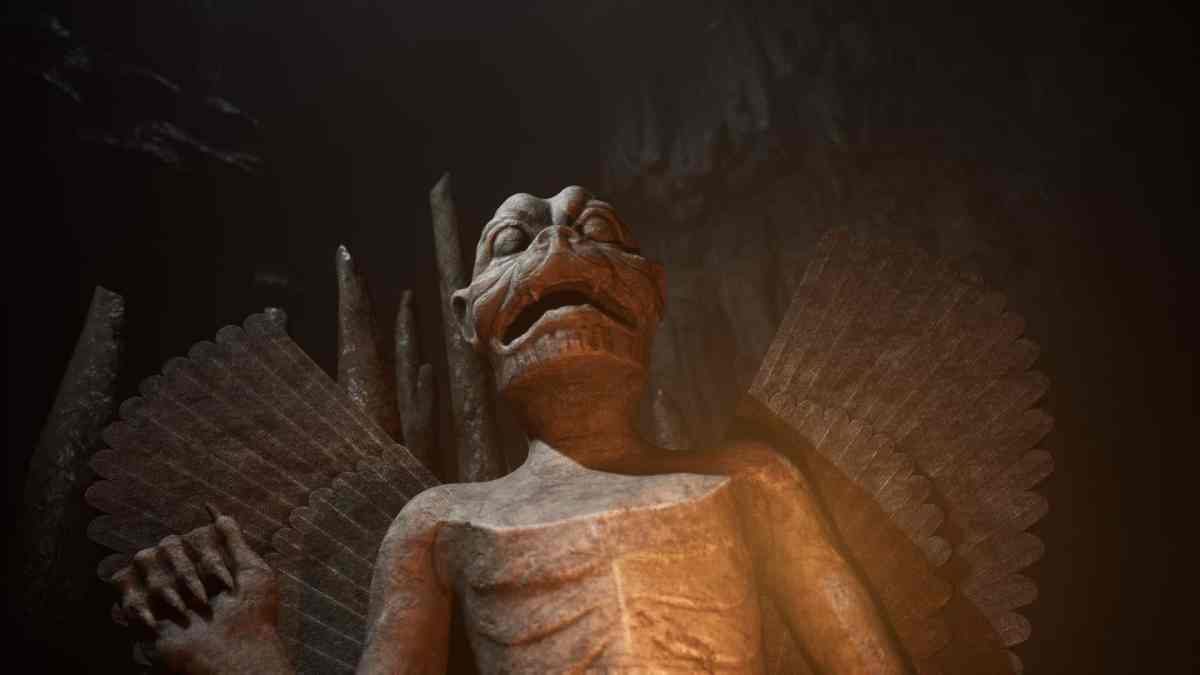 What Supermassive does do, however, is scatter little crumbs of lore around House of Ashes’ ruins, everything from suspiciously well-preserved documents to forgotten artifacts. Virtually none of these items have any impact on the story; Salim and Eric aren’t going to die because you didn’t pick up a Sumerian stone disc and awkwardly rotate it in your hand, L.A. Noire-style. But these journals, tablets, and so forth serve to lure you to the dark side, inviting you to investigate that side room, just so you get the full story.

Even when the monsters are milling two levels beneath you, there’s that nagging thought: “What if I’m about to miss a collectible, the one that reveals the fate of Sir Stanley Bumforth’s expedition?” There’s a scene where a character has to push their way through a vast, bloody chasm, a veritable ball pit of giblets. Throw in some disquieting bubbling and the odd inhuman scream, and you’ve got an area that also screams GET THE HELL OUT OF THERE. I think it’s fair to say that if you were waist-deep in offal you’d feel the same way.

Yet, even as I pushed forward through the squishy mess, I was still giving serious consideration to turning around, just to see if there were any glinting relics I might have missed. Put me in front of a movie where the protagonists decide to split up, and I’ll be very vocal about my objections. But there I was, ready to make the stupidest of stupid decisions to acquire a piece of House of Ashes’ narrative jigsaw. It helps that House of Ashes’ background lore is genuinely engaging; some items are just archaeological curiosities, but others breathe life into the game’s foreboding backstory. 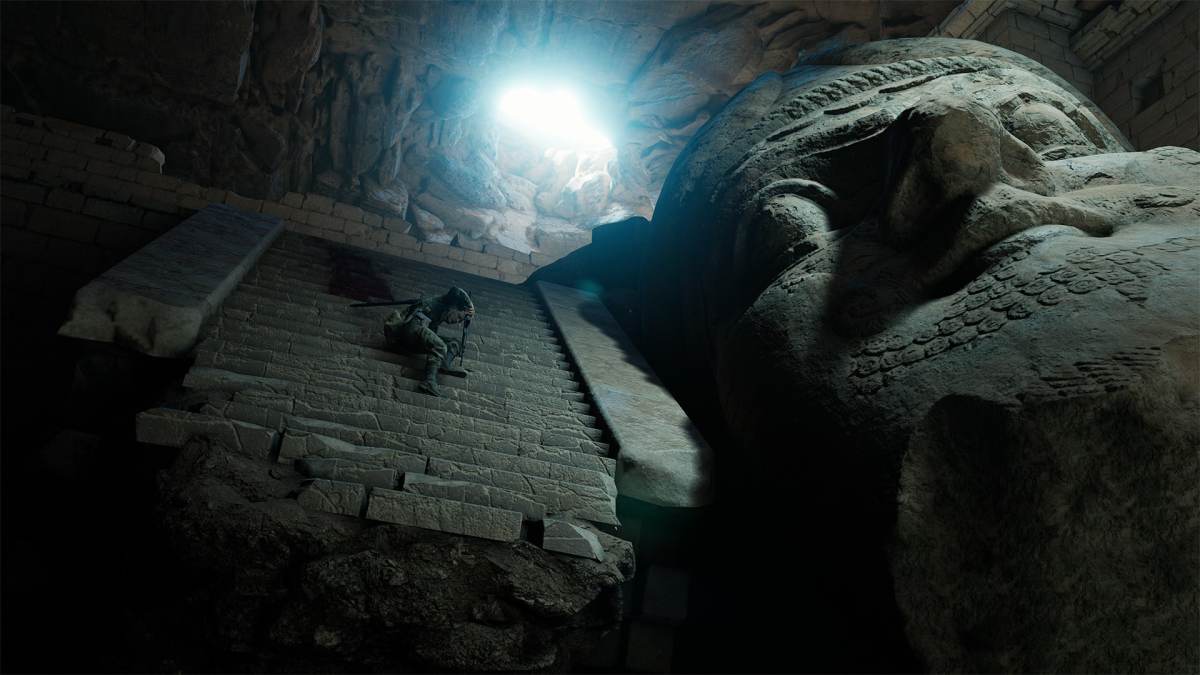 There are other ways that House of Ashes’ collectibles get their claws into your brain and have you wandering off into the gloom. I never once felt the need to 100% Grand Theft Auto V, but there are plenty of people who find completionism compelling. Several of House of Ashes’ achievements are tied into rounding up all these scraps of lore, and on top of that, two of the behind-the-scenes featurettes can only be unlocked when you gather up all the pages of a fallen adventurer’s journal.

So instead of just seeking to survive the day, House of Ashes’ collectibles tug at your inner hoarder and push you, or rather the character you’re playing, to engage in the kind of behavior that would have any horror geek screaming at the screen. Even if your explorations don’t lead to a horrific demise, The Dark Pictures series has absolutely no qualms about “rewarding” your lore-hunting with jump scares.

Blundering off the beaten track might be a terrible, illogical choice that ends with you jumping out of your chair at every little noise, but at the end of the day, it’s still your choice; you might have fallen for Supermassive’s lore-baited trap, but you’ve got no one else to blame.