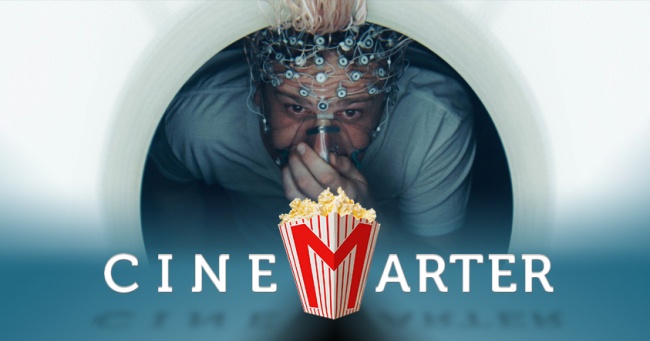 The Discovery certainly knows how to hook its audience. Its opening scene sees Mary Steenburgen interview Robert Redford, and he reveals to us (it’s not an in-universe secret at this point) that he’s made a discovery: there is an afterlife. He doesn’t know what form or shape it takes, but he is definitive in his resolve that he has proved that some part of us continues on after death. The interview is taking place six months after the discovery went public; people have been killing themselves in order to move on to the next stage of existence, and he wants to do some damage control. The interview ends, abruptly, when someone in the room commits suicide.

We then pick up a year and a half later, and we follow the Redford character’s son, Will (Jason Segel), who is on a ferry to an island on which his father is continuing his experiments. The ferry only contains one other person, Isla (Rooney Mara), and the two characters talk about the discovery and some of its implications. I wish there was more of that; the film tries to be more of a drama as it progresses than an exploration of its central draw.

The film follows the two characters as they see the near cult-like atmosphere that Will’s father has created, bear witness to further experiments, and come across a bit of a mystery that needs solving and is key to determining what state the afterlife takes, all while growing fonder of one another and maybe developing as people. All the while, we begin to come to the realization that while the main idea is an engrossing one, the film around it … kind of isn’t.

Now, that doesn’t make The Discovery a failure by any means – and it gets a lot of leeway because of its premise and opening scene – but it does feel like a lot of potential was wasted, and that’s disappointing. The drama shown and created here is relatively weak, the afterlife aspect takes a back seat for a good portion of the time, and the film often seems to struggle to figure out exactly what it wants us to take away from it.

While The Discovery never quite makes the jump from good to great, it’s a more-than-interesting-enough movie to hold your attention.

It does have interesting ideas about the afterlife and the ramifications of someone definitely proving that it exists, but it leaves us wanting more of that and less of other things it offers. The drama is bland, the mystery is kind of weak, and some of the reveals feel like they were supposed to be impactful but aren’t. It’s neat to see how this kind of thing would be approached both from scientific and layman’s perspectives, and that’s when the movie is at its best. The rest, which is what makes it more of a “complete” movie, is underdeveloped and feels like it was added in just to make it feel more like a traditional film. It’s not necessary. We’ve got this killer premise; milk it for all it has.

With that said, The Discovery never does feel boring, and it’s consistently fascinating enough to hold our attention. The drama and character stuff still frequently has afterlife subtext, and much of it, even if not directly, still progresses that storyline forward. It’s just never as engaging as we want it to be.

We do get, however, a rare dramatic performance from Jason Segel. He was fantastic in The End of the Tour and does a good job here, too. Rooney Mara is as good as she usually is, and Robert Redford turns in one of his best performances in years. Just the opening scene alone is enough to remind us of how good he can be. The director and co-writer of The Discovery is Charlie McDowell, who is starting to make a name for himself as a director to watch. He previously did The One I Love, which was also a movie with a great premise. Neither film comes together fully, but he’s shown that he has riveting ideas and a unique voice – he just needs to hone the craft of filmmaking. That comes with experience; keep giving him jobs.

While The Discovery never quite makes the jump from good to great, it’s a more-than-interesting-enough movie to hold your attention. It’s smart and contemplative enough to make you think even after it ends, it’s got good acting – even if the characters are a little too thin to make the drama emotionally compelling – and it generates enough goodwill with its premise and opening scene to hold you for its entire running time. It’s original, unpolished, and relatively entertaining filmmaking that will stimulate your synapses.

Bottom Line: The Discovery is a consistently compelling movie that can’t quite figure out exactly how to achieve greatness.

Recommendation: Unique ideas are worth praising, and The Discovery is a good enough to make that idea worth watching.