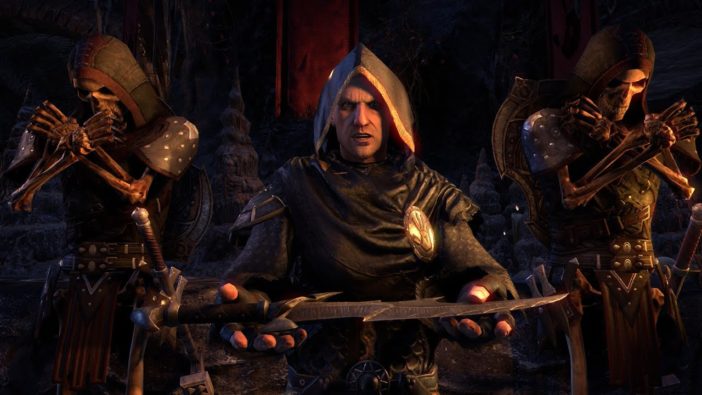 Sorry, Hitman, you’re a great stealth franchise, but you’re no Dark Brotherhood. That’s coming from someone who’s followed the Hitman series from its janky, unforgiving roots all the way to the current “World of Assassination” trilogy. But for sheer job satisfaction, you can’t beat The Elder Scrolls’ breathlessly evil assassins.

It helps that the Dark Brotherhood guild (prominent in both The Elder Scrolls IV: Oblivion and The Elder Scrolls V: Skyrim) is so relentlessly, unashamedly evil. There’s an odd, sometimes jarring disconnect between the emotionless way Agent 47 is presented and the homicidal shenanigans the game allows you to get up to. While 47 and Diana are targeting those who “deserve” it, players are dragging hapless innocents into a grape presser and making red, red wine.

The Dark Brotherhood has no such reservations; you’re here for murder, murder, and more murder, and neither Skyrim nor Oblivion pretends otherwise. Every interaction with your handler and fellow assassins is so magnificently over the top; all the world’s an abattoir, and all the NPCs merely victims. Like in Hitman, if you complete a contract in a specified manner, you walk away with a bonus unlock. But it’s the praise the Dark Brotherhood piles upon you that really gives you a warm and fuzzy feeling. Sufferthorn, your newly acquired dagger, will prove a useful instrument of death, but it’s nothing compared to having Speaker of the Brotherhood Lucien Lachance commend you for arranging your target’s “accidental” demise.

But it’s not just that the Dark Brotherhood embraces your career choice — on many occasions, it presents you with a more convincing murder sandbox. Yes, this is the same franchise that features conversation upon conversation about mudcrabs and didn’t bother to rewrite dialogue for different voice actors. However, when it counts, The Elder Scrolls outdoes Hitman’s dolls house. 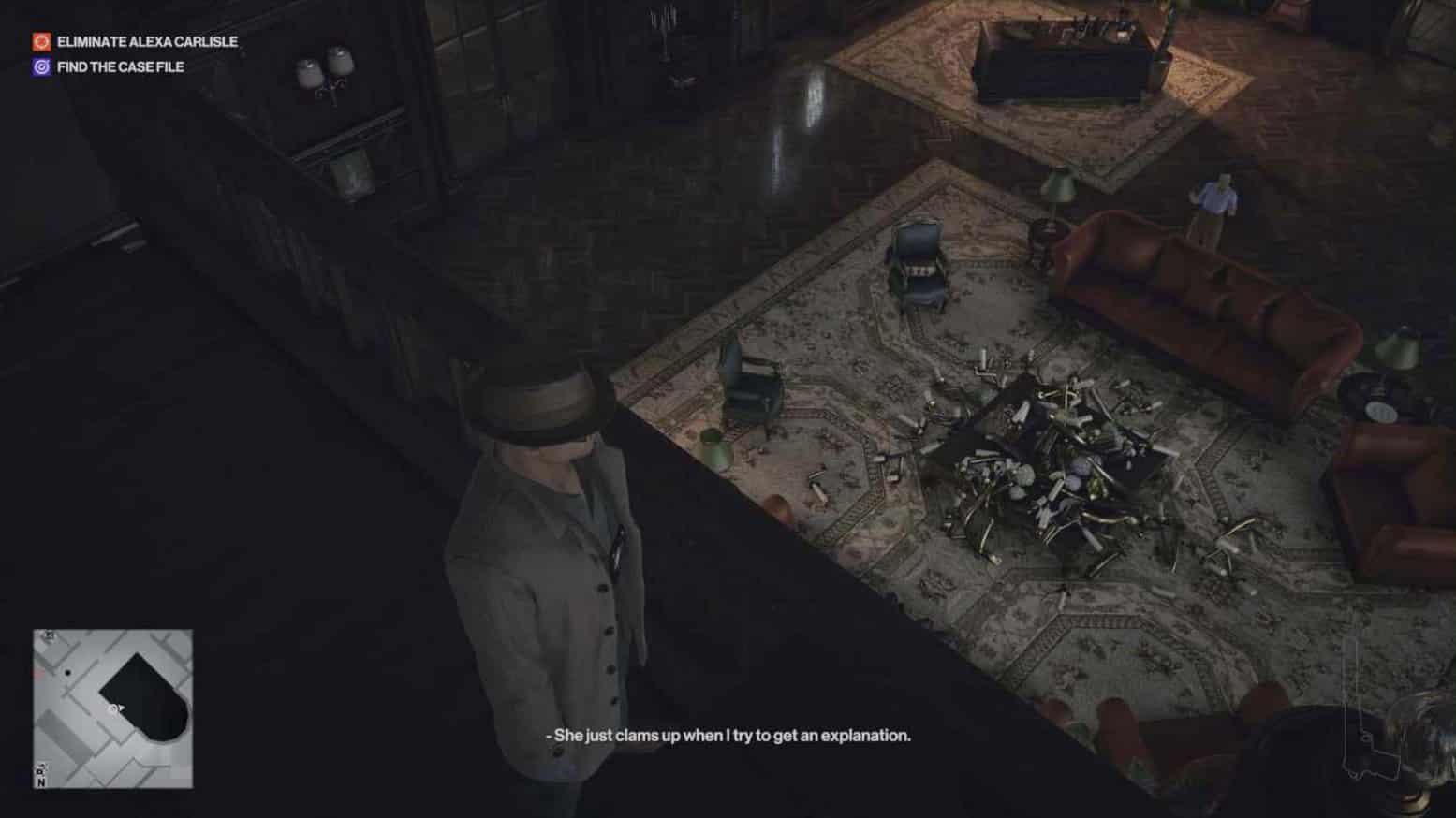 There’s something sorely lacking from Hitman, the sense that your actions and your presence have any kind of nuanced impact. Often, the whole affair seems mechanical, even when you’re pursuing someone who, by rights, should be extremely wary. Characters typically have two states, relaxed and total panic, and unless you’re roaming around a level with fire axe in hand, the latter state typically resets to the former.

Take “Death in the Family,” Hitman 3’s Knives Out-influenced Dartmoor mission. With one family member dead, another alive after having faked their death, and a private investigator on site, the family should be a little on edge. Putting aside my primary target, I decided to hasten along another’s demise by dropping a chandelier on their head, killing them mid-conversation. Rubbing my hands together, I anticipated the paranoia and mayhem that would unfold. How wrong I was.

What actually happened was that, after the body had been dragged away, the character who’d witnessed the death sat down in front of the broken chandelier, chatting away with another family member who’d wandered into the room. British stoicism is one thing, but this was taking it too far. Later, I indulged in a little gunplay, which spooked my primary target who retreated to a side room. But five minutes later, she emerged wandering the manor as if nothing had happened.

Oblivion’s whodunit mission is, by contrast, a glorious festival of paranoia. You’re locked inside a mansion with five other people, all of whom believe there’s a chest of treasure secreted somewhere on the premises. Unbeknownst to them, you’re there to make sure none of them leave alive. The scenery may not be as elaborate as in Hitman 3’s Dartmoor mission, particularly since Oblivion came out nearly 15 years ago, but seeing the “guests” grow increasingly more agitated is so, so fulfilling. That’s doubly so when, thanks to the gift of the gab, you’re able to convince them you’re on their side and goad the final two into attacking each other. Finally, you step out of the house, full of the fuzzies for a job well done. 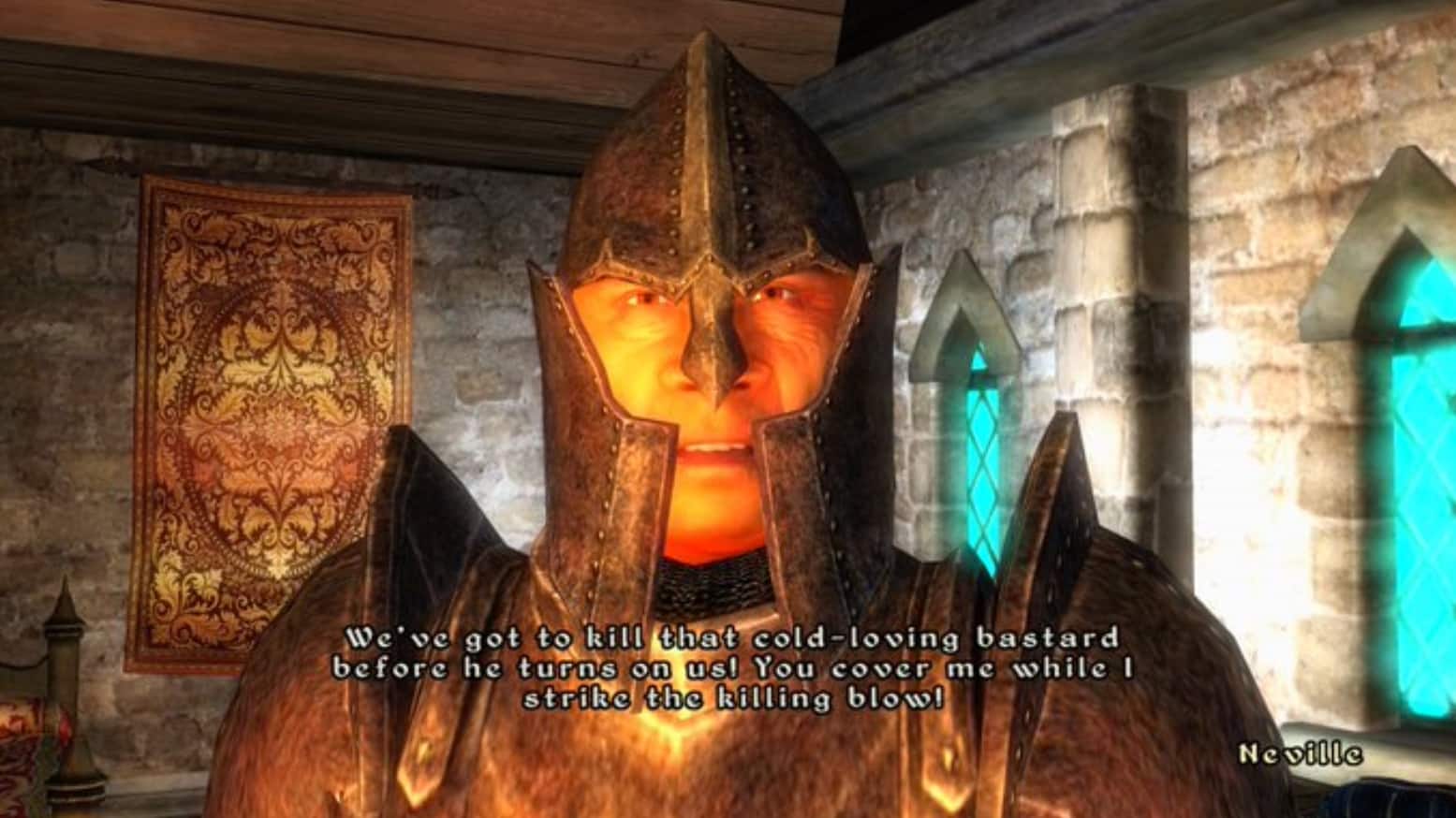 Oblivion and Skyrim’s open worlds also give them two distinct advantages over Hitman. Firstly, while your choice of clothing doesn’t hide your identity, you’ve got a continent’s worth of weaponry to choose from. Want to give your target the (final) fright of their life? Use the Daedric Staff of Corruption to have them fight a clone of themselves. Or if you want to hide your murderous involvement, use an Arrow of Discord that will have them attack anyone within range, making the guards responsible for their demise.

Secondly, your actions are the subject of much discussion. Hitman’s isolated levels are entertaining, and to be fair, most missions reward you for discretion before you start tackling the odder challenges. But there really is nothing like roaming the streets in Skyrim, hearing people gossip and gasp about the emperor’s murder all the while smugly thinking, “I did that.”

Hitman 3 does dial up the job satisfaction at some points; there’s one mission where you have to kill agents from the ICA, your former employer. After stealing one of their earpieces you’re able to hear everything their liaison says, and it’s a lot of fun. When you’ve killed one agent, she’s a little wary but keeps her agents in the field. With each ICA death, however, you can hear her grow increasingly unsure, to the point where she orders everyone to cut and run.

At that moment you’re not just some bald assassin doing a job — you’re the bogeyman, the stuff of nightmares; Hitman has never felt so good. It’s a glimpse into what could have been if Hitman had embraced the fear that 47’s actions might well sow. If you’ve ever played Among Us you’ll know how horrifying uncertainty, albeit virtual, can be. If IO interactive can weave that into future Hitman games, making your targets less action figures and more actual people, fans of assassination will be in for a treat.

But for now? I’m readying my Blade of Woe in anticipation of what The Elder Scrolls VI’s Dark Brotherhood will bring. Because when murder is your business, job satisfaction is everything.