Holiday shopping time! It’s a little rough every year – agonizing over finding the perfect gifts for your loved ones, wondering if you’ll be able to find that special thing in time. Of course, this year is a bit more difficult, since so many of our wallets are, well, emptier than usual. It’s times like this you want to know the money you spend is going to make your loved ones smile.

That’s why we’re here with our holiday shopping guide all this week. Each day carries a different theme, representing different sorts of people with great gifts sure to be winners. Just find the days that best match your giftees and buy with confidence. Happy holidays!

Remember those holiday mornings that held the promise of new toys? Those days have sort of gone by – it seems holidays are more about kids, doesn’t it? But it doesn’t have to be that way! With one of these gadgets and goodies possibly waiting for you in gift wrap, you’ll be waking up at 6 A.M., just like the old days. What are the holidays without toys? 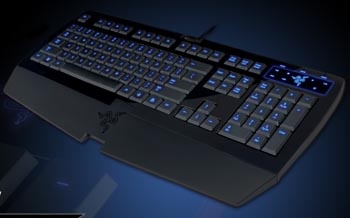 Razer bills its Lycosa Keyboard as being ideal for gamers, but you’ll appreciate it no matter how you spend your time at the computer. The low-profile rubberized keys make typing easier and more comfortable than other keyboards – perfect for you master bloggers out there. At a touch, you can turn on the keyboard’s built-in LED backlighting to illuminate all the keys, or just the standard WASD foursome, meaning you’ll never have to guess where the buttons are in the midst of a heated gaming session, even in the dead of night. Light? Psh. Who needs light? 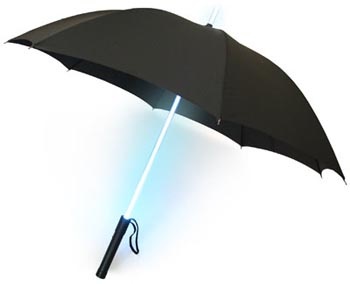 The LED Umbrella is perfect for those who dream of electric sheep, but still enjoy taking long walks in the rain. Even if you don’t know the Tyrell Corporation from Taco Bell, you’ll appreciate the way your brolly lights your way on dark and gloomy days. 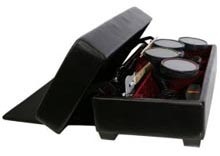 Rock Band is awesome. The mess created by a pile of Rock Band instruments lying around your living room, on the other hand, is somewhat less awesome. Shoving everything back in the original packaging is a pain, and besides, you want those instruments close to hand – you never know when the urge to rock may strike. The AK Rock Box stores all of your Rock Band gear neatly, but won’t look out of place in the middle of your living room. Roadies sold separately. 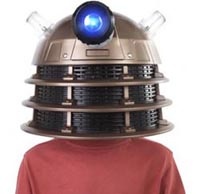 Anyone who has ever watched Doctor Who has, at some point, run around their living room shouting “Exterminate!” in their very best Dalek voice. But no matter how hard you tried, you could never really achieve the same level of bone-rattling intensity as a true Dalek … until now. Slap on the Dalek voice-changing helmet and suddenly you, too, can inspire terror simply by speaking. We suggest answering the phone that way.

Up next: We find your lack of faith … disturbing. 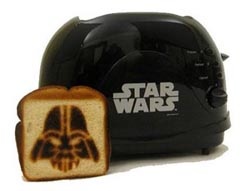 Morning is a time for quiet reflection. A time to gather one’s thoughts and prepare for the coming day. A time to pay homage to the Lord of the Sith who will crush your windpipe with a thought if you fail him. The Darth Vader Toaster (which, sadly, doesn’t ship until January) allows you to do all three. As you wait for the Dark Lord’s image to be burned into a piece of bread, you can pause and consider the day before you, which hopefully includes a minimum of midichlorians and just a few dead younglings. 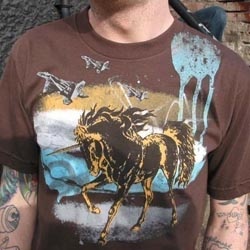 You are manly. Rugged. Confident in your masculinity. And yet, you have a softer side, one that delights in whimsy. What better way to make known the dual sides of your nature than with a t-shirt festooned with F15 fighter jets and a unicorn? At $30, it’s a wee bit pricey, but there’s just no arguing with its description: “Unicorns kick ass. Look at those F15 Jets Flying away. No one messes with a Unicorn.” Sage words, indeed.

Up next: Can you repeat that? Nevermind, you don’t have to! 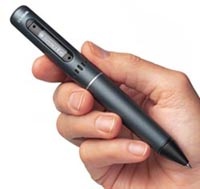 There are gadgets and then there are gadgets. The Pulse Smartpen is the kind of thing that Q would give James Bond at the start of a mission, if Bond was more likely to take notes than get in a car chase. It has an infrared camera that tracks everything you write or draw, a built in microphone and an on-board computer. The Smartpen works with a special notebook to remember everything you write, draw and hear. Just tap a particular word in your notes to hear the recording of the audio that goes with it. If that doesn’t help get you through those tedious board meetings or chem class, nothing will. 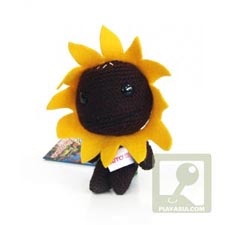 Come on, you knew this was coming. If anything this year was more immediately and completely endearing than LittleBigPlanet‘s Sackboy, we didn’t see it. We figure Sony will get around to selling its own version eventually (make it a PS3 pack in and watch those things fly off the shelves!), but in the mean time, Play-Asia has a variety from which you can choose. As of right now, they’re all in stock, but don’t expect that to last long.

Up next: Because movies don’t belong in your lap. 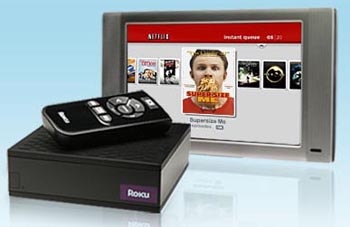 The Netflix update to the Xbox 360’s dashboard is a fantastic feature – as long as you have a 360, that is. You can always stream the TV shows and movies in Netflix’s instant viewing library to your laptop, but that makes cuddling on the couch while watching old episodes of Buck Rogers in the 25th Century somewhat problematic. The solution: Roku’s Netflix player, which for about a hundred bucks lets you stream Netflix content to your television, completely 360-free. 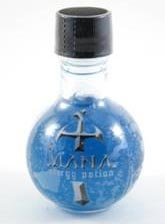 An Escapist staff member described the taste of the Mana Potion energy drink as “what the syrup for blue raspberry Mountain Dew would taste like. Not the soda, just the syrup.” Our respect for potion-guzzling magic users the world over has just gained a level. Somewhat acquired taste aside, the Mana Potion will perk you up after a long playing session, and it sure is awfully cute. We suggest you leave it sitting on your desk and only crack it open in case of a serious energy emergency.