Holiday shopping time! It’s a little rough every year – agonizing over finding the perfect gifts for your loved ones, wondering if you’ll be able to find that special thing in time. Of course, this year is a bit more difficult, since so many of our wallets are, well, emptier than usual. It’s times like this you want to know the money you spend is going to make your loved ones smile.

That’s why we’re here with our holiday shopping guide all this week. Each day carries a different theme, representing different sorts of people with great gifts sure to be winners. Just find the days that best match your giftees and buy with confidence. Happy holidays!

Your tastes have been refined by years and years … and years of playing games. You’ve played all the other games on this list already. You’re looking for something a bit more special, a bit off the beaten path, something you can show your friends you really know the unique and special games. How can you have yourself a merry little Christmas? Pluck one of these 2008 gems off the shelf. 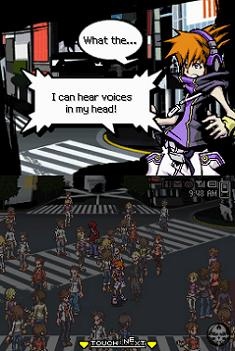 The World Ends With You (DS)

Being a modern Japanese youth has nothing to do with samurai swords and even less to do with mournful shamisen notes. For most, life takes place in one of the many megalopolises that have consumed Japan. The World Ends With You is a role playing game about precisely that. Set in the Shibuya district of Tokyo, the game features many real world locations that will be familiar to anyone who has been and fascinating for those who haven’t. This game also features two of the Japanese’ greatest fixations: alienated spiky-haired anti-heroes and shopping for the trendiest brand names. With a spastic combat system that involves controlling two characters at once and an attractive J-Pop soundtrack, this game looks and feels refreshingly new, and intoxicatingly foreign. The World Ends With you is a great game and a brilliant reminder of the kind of work Square-Enix is capable of in between the endless barrage of ports and remakes.

Up next: Saving the world from aliens, one turn at a time. 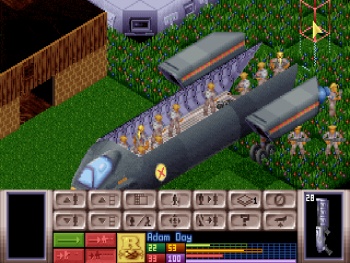 Some genres evolve over time, constantly improving themselves, walking the long road from the brutishness of austrolipithicus doomus to the sapience of homo halflifeus, with promising species once in a while vanishing into the Neanderthal, Nukem mists. But occasionally a game genre births us a product so perfect that further evolution can only weaken it. X-Com: UFO Defense is such a game. Over fifteen years after its release, lead designer Julian Gollop’s masterpiece remains the definitive turn-based tactical game , with successors like Jagged Alliance, Silent Storm, Shadow Watch, and UFO mere single-celled organisms in comparison. X-Com is perfect: It has no need to evolve. It is a cockroach of playability, unkillably fun, a game that could survive nuclear war and still be awesome. And, since nuclear war is going to be on your mind from all that Fallout 3, you should probably go ahead and plan to buy X-Com before the bombs fall… It’s available now on STEAM for just $4.99.

Up next: Feel the beat – and ooh, look at all the pretty colors. 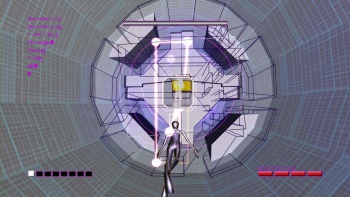 Yes, it’s an on-rails shooter and yes, the last level might as well have been the only level, but everyone should play through this game once. Because deep down inside yourself, underneath all that ire for trance music, lies someone who knows that hacking the Gibson is only possible to the beats of Paul Oakenfold. From its neon pulsating lightscapes to the subtle rhythmic changes shooting creates, this game is, to quote Tony Wilson, “a beatification of the beat”. And if you’re really feeling like taking a trip back to The Hacienda circa 1989, grab three other controllers, put them anywhere you can feel ’em and crank up the 5.1. The neighbors might hate you and your girlfriend might ditch you for the controller but, at the very least, you have an excuse to break out your parachute pants and crack those glow sticks.

Up next: Who knew that vicious predators, watercolor paints, and videogames worked so well together? 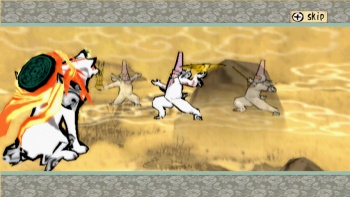 Before Naruto there was Hokusai and his Great Wave. Easy as this is to forget amidst the deluge of all things anime, Okami reminds us of Japan’s great artistic tradition with its sumptuous visuals reminiscent of woodblock and sumi-e masterworks. Taking place in a mythological version of ancient Nippon (because that’s what it was called back then) you play the Shinto sun god Amaterasu in a quest to literally paint life back into the world. Don’t worry about the esoteric premise, because as a game it plays like a variation of The Legend of Zelda. Although you’ve seen this type of game before, Clover’s execution is flawless and confident. Okami is a creative achievement; one whose impact only becomes more pronounced when two years and three new consoles later, the visuals look as stunning as ever. Play it now or play it ten years from now, this game can handle the wait.

Up next: This isn’t the same Mushroom Kingdom you grew up with … okay, maybe it is. 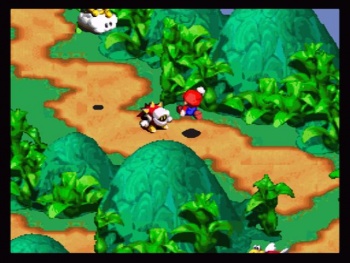 It sounds almost unthinkable now, but long, long ago on a Super Nintendo far, far away, gaming giants Nintendo and Square joined forces to bring Super Mario RPG to life. It combines Square’s usual solid mastery of turn-based RPG action with the colorful characters and world of Super Mario. What’s not to love? The game is lighthearted in spirit but huge in scope; you probably won’t track down all of its secrets on your first playthrough, either. The Paper Mario games may have picked up Mario’s RPG ball and run with it, but for classic, old school, RPG action, you simply can’t beat the original, now available on the Wii’s Virtual Console.