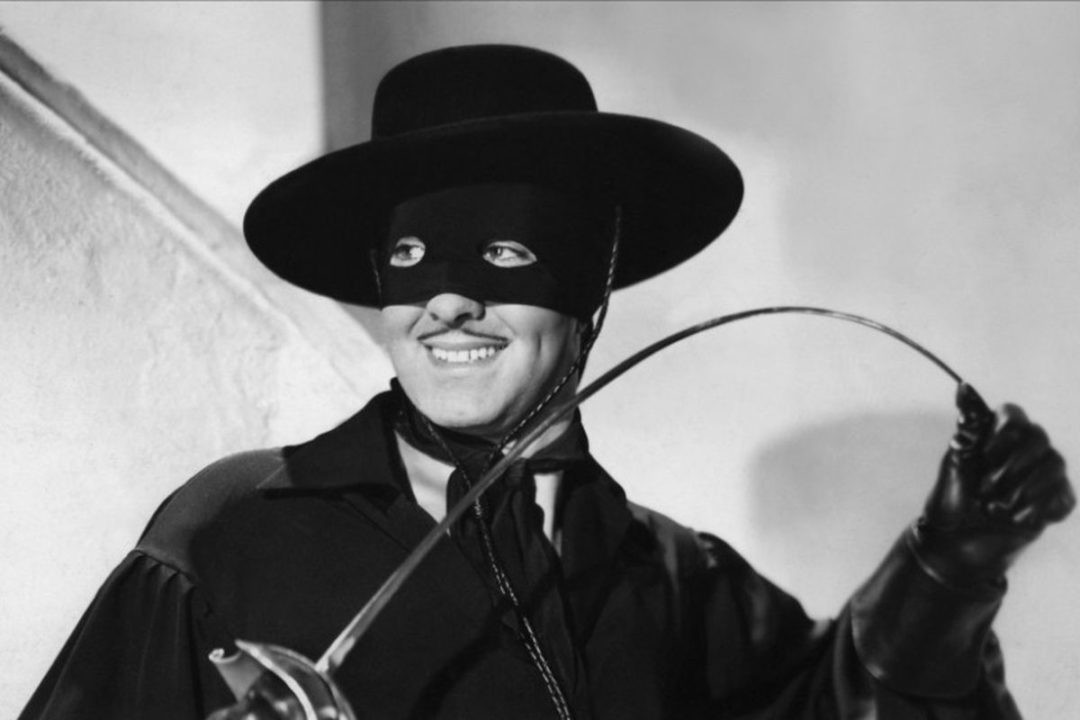 Across five weeks in 1919, the pulp magazine All-Story published an adventure novel by Johnston McCulley called The Curse of Capistrano and then probably quickly pivoted to whatever came next as they prepared to put out their next 300 pages of weekly fiction. You may never have read that story, but you know the main character. He’s a fop who luxuriates in wealth and irresponsibility by day, but by night dons a black mask and strikes terror into the hearts of those who prey upon those less fortunate. His symbol is known throughout the land. He struggles with the duality of his existence. He’s forced to endure disdain and disappointment from his loved ones because their safety demands that he hide his true self from them. In carrying out justice from the shadows, he shames the hapless and corrupt people who purport to maintain order by the light of day. They call him by the name of a beast because his capabilities seem beyond human.

You get the picture. The pulp character Zorro, who celebrates his centennial this year and is a confirmed influence on Batman. Over the years, the particulars of the fateful night that began Bruce Wayne’s transformation into Batman have been gradually retconned to make that influence literally canonical.

Both characters have changed a lot over the years, but differences between Zorro’s portrayal by Douglas Fairbanks and Antonio Banderas, or the “Dark Deco” style of Batman: The Animated Series compared to Zack Snyder’s death-positive gunslinger Batman aren’t what’s striking about this strain of fantasy vigilantism 100 years after its birth. Looking back at the century that gave us superheroes and then made them the dominant box office force, I’m struck by what has changed about who they fight and why.

“You drink wine and make merry while injustice is all about you. Take your swords in hand and attack oppression! Live up to your noble names and your blue blood, señores! Drive the thieving politicians from the land!” – Zorro, in The Curse of Capistrano

“Ladies. Gentlemen. You have eaten well. You’ve eaten Gotham’s wealth. Its spirit. Your feast is nearly over. From this moment on … none of you are safe.” – Batman, in Batman: Year One

Johnston McCulley isn’t a household name, but his stories molded most of the tales on your shelves and streaming on your screens. In 1919, the Illinois pulp writer headed out west and started dreaming up masked men. The year he wrote that first Zorro story, the United States was a place of dire wealth inequality, abusive labor practices that were spurring the birth of labor unions, and corrupt and questionable business practices so widespread they were even sullying the good name of Chicago baseball teams. It can be tough to imagine, I know.

In that climate, McCulley became known for writing a particular kind of rabble-rousing hero. Don Diego Vega is a pampered nobleman who uses his access to spy on corrupt soldiers and landowners who are stealing from and oppressing the peasants of Spanish colonial California. He dons the black garb of Zorro (which means “fox” in Spanish) and chooses exactly the right times and places to humiliate the ruling class and distribute their ill-gotten gains back to the common folk. As he does so, he chafes against the facade he must present to his bride-to-be, who is far more interested in his dashing alter ego. He must cope with the perception that he’s letting his father down.

The insertion of the 1940 version of The Mark of Zorro, starring Tyrone Power, into Batman’s mythos rings particularly true. That remake of the 1920 Douglas Fairbanks movie, also based on The Curse of Capistrano, focuses a lot more on Diego’s affectations and the pain of that duality.

McCulley’s other creations don’t show up in comic books or Hollywood remakes, but their shared modus operandi will seem familiar: He wrote about masked or hooded men, gentlemen thieves who don’t kill, and highwaymen who dole out their spoils to an oppressed populace. Zorro’s violent and rebellious populism is the one aspect of the character that doesn’t feel superficial. He could wear any mask, wield any weapon, live in colonial California or Sherwood Forest or Gotham City, but if he’s not laughing in the face of oppression before running it through, he’s not Zorro.

Frank Miller and Christopher Nolan explicitly portrayed Batman as a hero who not only punches violent criminals but topples corrupt officials. The Fox and the Bat feel closer together than ever before in their works. But in the past decade of back-to-back-to-back superhero blockbuster films, I think we might have lost the plot.

“There is a saying, a very old saying, that when the people are ready, a master will appear.” – Don Diego de la Vega, The Mask of Zorro

Even 1998’s The Mask of Zorro, which is a damn fun and perfectly paced action film and an absolutely essential case study in rebooting a classic character, sort of loses the thread of the character being a champion of the people. Banderas’ Zorro is so fixated on taking down his brother’s killer that Catherine Zeta-Jones’ Elena Montero ends up freeing the enslaved peasants who are about to get blown up. The subversive idea of donning a mask and walking outside the law to find justice has largely been abandoned in our current time. The Avengers are about reckoning with cosmic threats and facing down the darkness in their own hearts. Superman has been lifting continents of Kryptonite and out-punching CGI monsters in his past decade or so of films.

Today’s superhero films address other topical issues, but it just feels like the genre’s deepest roots aren’t being revisited at a time when they’re more alarmingly relevant than ever. The people are fearful, and angry at that fear, but it isn’t petty street criminals or some cosmic threat causing that feeling. There is a hero who has emerged at times like these before. We know his sign.