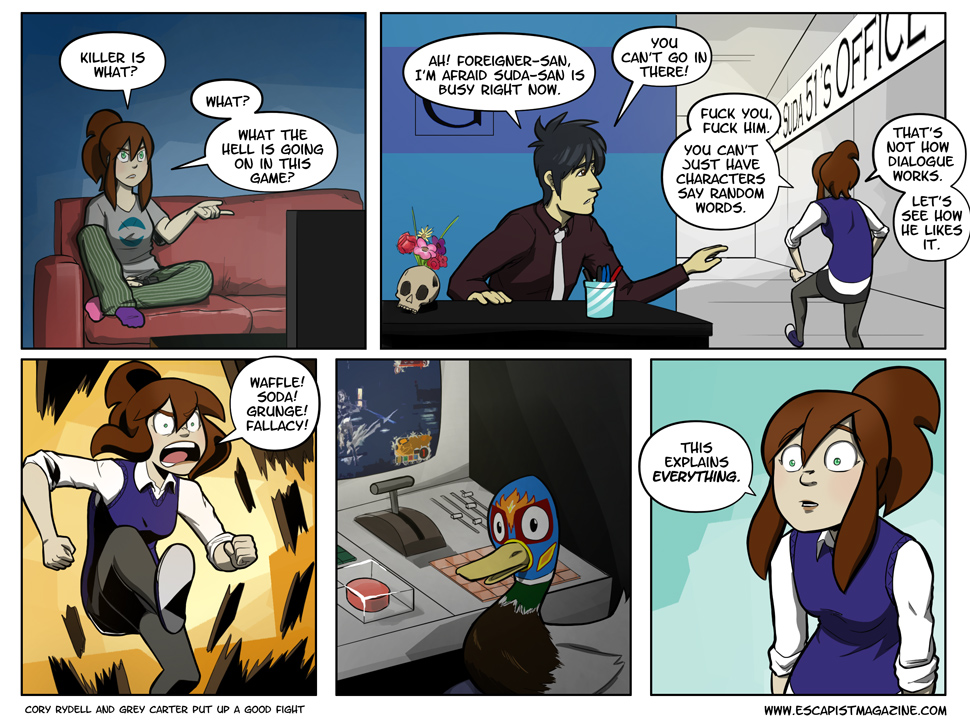 I’m a big fan of Suda 51. In an industry dominated by large, faceless teams intent on pandering to the consumer at all times, it’s refreshing to see a developer who occasionally disregards the whims of audience in favor of making a statement. It’s interesting to talk about a game’s mechanics as decisions made by an artist, rather than simply sticking a “succeeded/failed” sticker on them and calling it a day.

Unfortunately, the success of Suda’s weakest titles – No More Heroes and Lollipop Chainsaw (which I believe is his best selling game to date) – as well as the utter failure of the excellent Shadows of the Damned seems to have broken him. His games have become increasingly simple, dull and derivative, with his latest, Killer is Dead, coming off more as a parody of his previous successes than anything particularly new or exciting. The game’s controversial “gigolo mode” is the only really interesting thing on show, and even that is a paler, watered down version of a mechanic we’ve already seen in Yakuza.