Back in 2011, Joe Cornish — a British TV comedian and writer probably still best known to international audiences as “The guy who often works with Edgar Wright and is not Simon Pegg or Nick Frost” — made a barn-burner feature directing debut with Attack the Block. The sci-fi comedy upended the alien-invasion genre with a class-conscious (and uniquely contemporary British) take that imagined the obligatory sharp-toothed space monsters beginning their invasion in a London public housing project and coming up against a group of inner city teenagers who weren’t just going to roll over for them.

The film was a minor cult sensation and has had a fairly healthy afterlife, but it’s still taken Cornish eight whole years to get a follow-up together. Fortunately The Kid Who Would Be King turns out to be more-or-less worth the wait, though fans expecting something similar to Attack The Block in tone or subject will want to leave those expectations behind. This is not an edgy, dark or particularly kinetic feature. It feels more like a budget-priced, self-produced audition reel proving that Cornish has the chops for directing more conventional, straightforward, big-scale family tentpoles like a live-action Disney remake or one of those Harry Potter prequels I guess they’re going to just keep making.

The Kid Who Would Be King is a smart, sharply written, well-paced version of that genre. This is a wholly sincere, charming work of mid-tier kids’ entertainment that’s all the more agreeable for how little it seems to care about whether just-slightly-older teen audiences or genre-fan adults can pull something extra from its margins. The Kid Who Would Be King is an old-fashioned kiddie adventure-comedy, elevated to the contemporary in all the appropriate ways and eventually arriving at the gentlest possible level of genre subversion. Otherwise it’s distinguishable from the kind of random Saturday afternoon fare that once choked the shelves of video store kids sections mainly by being overall better produced. 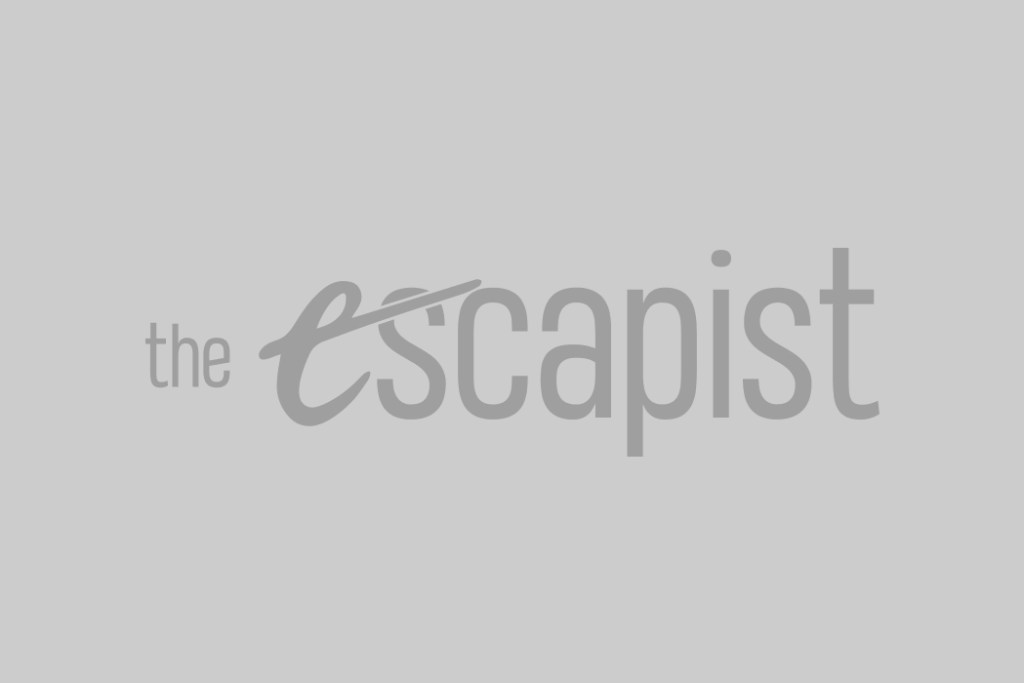 The premise is pretty straightforward as these things go. The film is set in a contemporary urban England fragmented into collective gloominess by division, mistrust, and a repeatedly emphasized, feckless lack of leadership. No one ever says “Brexit” but the background details and environmental worldbuilding paint an unmistakable reference-point of a grownup-caused slow-motion apocalypse the younger generation is wearily facing down. The story follows  bullied sad-sack middle school boy named Alex played by Andy Serkis’ son Louis Ashbourne Serkis, who discovers Excalibur at a demolition site and manages to pull the famed sword from a stone.

He’s then informed by the wizard Merlin (alternately appearing as a lanky teenage weirdo or Sir Patrick Stewart) that this marks him as the new chosen champion of Britain and the world. He must now use the sword to rally his schoolmates into a 21st Century Round Table of Knights for a coming battle for the fate of humanity against the wicked witch Morgana. She’s been loosed from her magical prison by all the hatred and discord going on in the not-all-that-United Kingdom. Subtle! There’s a five-day countdown to get this team of friends to help out, comprised of one best-buddy and pair of former bullies made into allies because “That’s how Arthur did it.” The characters embark on a quest to figure out exactly how they’re supposed to do the whole “defeating evil” thing while a fairly clever time-distortion gimmick allows them to engage in battles with Morgana’s minions that endanger them but not anyone else.

I appreciate this sequence as an adult, but it’s because I recognize that when I was the age of these kids this part of the movie would’ve rated as THE GREATEST THING I’D EVER SEEN!

All of this builds to a very “reason we made the movie”-feeling third act climax centered on a Helm’s Deep-style siege battle with armored middle-schoolers defending their school from undead knights. Like the rest of the film, the spectacle plays out with complete earnestness. Like the most memorable moments of Attack The Block it always seems plausible that the main characters would think up what they’re doing.  I appreciate this sequence as an adult, but it’s because I recognize that when I was the age of these kids this part of the movie would’ve rated as THE GREATEST THING I’D EVER SEEN!

Cornish is a very solid director, even if he appears to be deliberately eschewing the extreme stylization that was so heavily praised in Block. But what really brings The Kid Who Would Be King together is the young cast. Serkis proves himself a natural lead with some fairly heavy material to hit once the film arrives at its eventual “serious part.” Like many a Spielbergian protagonist before him, Alex is saddled with angst relating to a missing father figure and is quick to assume that the appearance of Excalibur explains his life in the context of a “secret noble bloodline” a la Star Wars or Harry Potter. The film ends up having some thoughts about that trope in a vein not dissimilar from that of Star Wars: The Last Jedi, though somehow I feel like Arthurian mythologists will be overall less pissy about them.

These are big ideas for an otherwise light film, but they’re handled deftly and the kid sells it. So do the other actors who are tasked with not only with playing support characters with arcs of their own but also with carrying a subtle running theme about the strength of diversity in modern Britain without coming out and stating it explicitly. Cornish, of course, has demonstrated a knack for youth casting in the past. Attack The Block introduced audiences to a young John Boyega and current Doctor Who star Jodie Whittaker. The Kid Who Would Be King’s breakout star, though, is destined to be Angus Imrie as the teenage version of Merlin. The guy is a natural-born clown, playing it broad and inscrutable in order to justify the “because we said so” logic of the story’s magical rules. The dude is flat-out hilarious and if there’s any justice he’ll be a big star after this.

The Kid Who Would Be King is the sort of movie that grownup film geeks probably wouldn’t give a second thought to if not for the person directing it, but it’s also the kind of authentically sweet and dialed-in kid’s film by which young film geeks are forged. While I found it perfectly charming, my suspicion is that the audience for which it’s intended will cherish it the way my generation did works like The Goonies or The Last Starfighter.