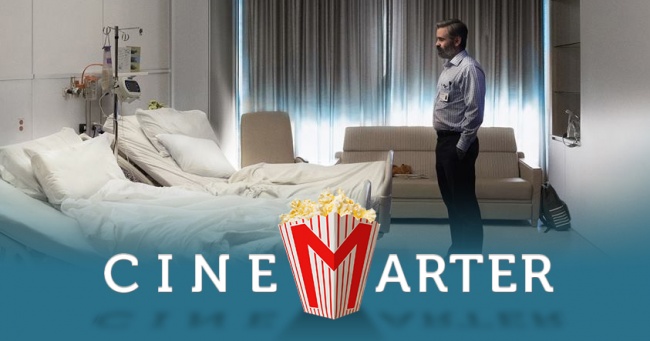 If you’ve never had the pleasure of experiencing a Yorgos Lanthimos movie, now’s the time to jump on board. The Killing of a Sacred Deer is his latest film, which is a horror/thriller/mystery/black comedy hybrid, feels like a cinematic aberration. It’s the type of movie that so rarely comes around that we are forced to take notice. And even if it isn’t “for you,” it’s a movie that’s worth watching anyway. It’s hard to shake it from your mind.

The film follows Steven (Colin Farrell), a surgeon who is married to Anna (Nicole Kidman) and together they have two children, a girl (Raffey Cassidy) and a boy (Sunny Suljic). Steven is good at his job but lost a patient a couple of years back and, with a guilty conscience, secretly meets with the patient’s son, Martin (Barry Keoghan). But Martin becomes annoying after a while and Steven pulls back on their interactions. Then his family starts getting sick, which ultimately reveals itself to be less of a coincidence than he suspects. 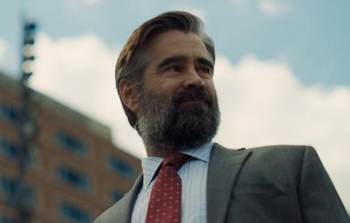 What The Killing of a Sacred Deer‘s story boils down to is a moral choice that nobody should have to make. The film isn’t about the choice, primarily, though. It’s about what leads up to it, the interactions between the characters, the dark comedy, and the twisted scenes and logic used in many of its scenes. The film starts simply enough and then gets more depraved as it plays out. Early on, you might even feel bored. Off-kilter, sure, because Lanthimos has that effect on his audience, but not terribly engaged. You’ll get there.

One of the main things you’ll almost immediately take note of is the dialogue, because Lanthimos does not write characters who talk like normal people. They’re too open and explanatory, as if they’re unable to leave implications as just that. It’s fascinating and off-putting. The effect is unnerving and insightful – even when they’re talking about nothing in particular, like watches or apple pie. It’s delivered disaffectionately in monotone, too, which just adds to this effect.

There are many movies out there that feel like the same old thing. The Killing of a Sacred Deer, throughout its entire production, does not feel this way.

The other thing you’ll notice right off the bat is the cinematography, which is just different enough from the norm to make you pay attention to it. It uses camera angles that you don’t normally see. Some are beautiful, some are strange, but they’re never dull. The soundtrack, too, draws attention to itself – a technique I often dislike, but here is effective at giving the film a heightened sense of weirdness. Soundtracks are typically at their best when they work on your subconscious to highlight a particular effect of a scene; here, much like these other elements, it unnerves.

That’s what Lanthimos is most effective at doing. He slightly alters our expectations when it comes to various technical aspects of the film, putting us off right away. Then he throws in a weird story and some pitch-black comedy and we revel in what he’s done. It worked great in Dogtooth and the first half of The Lobster, and here it makes The Killing of a Sacred Deer must-see material. Even if, like I said earlier, you don’t think you’re going to like it. 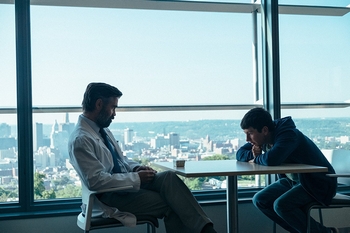 The most valuable cinema, after all, are the films that offer you something different. Great movies are worthwhile, of course, but if they’re not unique they get lost in the shuffle. A movie like The Killing of a Sacred Deer won’t. It might not be something you like or want to revisit, but it’s memorable. It breaks away from the established rules, it plays with its technical aspects, it unsettles its audience – and it still delivers a worthwhile story that is both entertaining and thought-provoking.

There are many movies out there that feel like the same old thing. The Killing of a Sacred Deer, throughout its entire production, does not feel this way. It plays with its technical craft in order to unease its audience – and then throws us into a thrilling, mysterious, and very odd story that’s twisted and darkly comedic. It’s the type of movie that you watch, exit the theater, and then ruminate on the experience for the days and weeks afterward – even if you didn’t enjoy it. This type of film doesn’t come along every day. watch it.

Bottom Line: The Killing of a Sacred Deer is dark, funny, and sticks with you.

Recommendation: Watch The Killing of a Sacred Deer even if it doesn’t sound like it’s for you.