There’s been a fair bit of controversy over the past week or so thanks to a mod for the recently-released Paradox game Stellaris. The mod in question was titled “European Phenotype and Names Only (White Humans),” and does exactly what you’d expect from that title – it makes all the humans in the game white. Paradox pulled the mod from the Steam Workshop, calling it “discriminatory.” Similar mods that made all humans Asian or African were not pulled, prompting many to claim that the removal of this one mod was hypocritical. Paradox later clarified that the mod was removed largely for the comments surrounding it, rather than for the mod’s content. 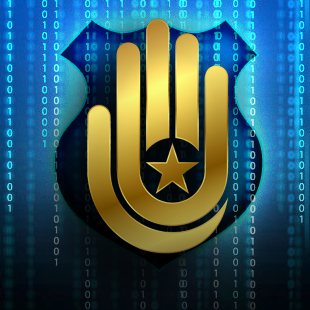 The developer was hit with criticism from both sides. Some were upset that the mod was removed in the first place, while others were angered when the mod reappeared on the Steam Workshop and Paradox didn’t take it down again. The author of the mod describes it in the re-uploaded version as “The single most lied about mod on the internet!”

No matter how you feel about this particular mod, there’s a larger question here:

Why does anyone want developers policing mods?

An article posted on Eurogamer last week makes the claim that, “If you provide the possibility for players to mod your game, it becomes your responsibility to curate those mods.” This is nonsense of the highest order.

A quick check of the Steam Workshop for Skyrim find over 25,000 mods, and NexusMods has nearly 50,000 mods for the game. How can anyone realistically expect Bethesda to keep tabs on every mod that’s released, updated, or changed on that list? Stellaris may be a smaller community, but it still boasts nearly 2,000 mods. Keeping track of everything would be Herculean task, even for a large developer with lots of staff. Not to mention that doing so would be futile, as nothing ever really disappears on the internet.

The modding community as a whole has always had a bit of a Wild West feel to it. Browsing the Steam Workshop or Nexus Mods, you never know what you might find. For every Game of Thrones mod, there are 50 nude mods. For every iCEnhancer mod, there are a handful of mods that add imagery that many people might find objectionable. You know what? That’s OK.

You have tools at your disposal to avoid those mods. No one is forcing you to download them, and no one is installing them on your computer without your consent. The Steam Workshop also lets you rate the quality of mods, and even report mods that you find objectionable. These tools all exist because Valve (and Nexus, and almost every other mod hosting site) knows that the quality of mods will vary, and that the community will be largely self-policing. In most cases, the best mods will rise to the top, and the crap will filter down and out of sight. This is the system working as intended.

Let developers focus on making games, and quit worrying about what mods other people are playing.

Even if all of those tools fail, and there’s a mod you find objectionable right in front you, just don’t click on it. You have the ultimate authority over which mods you install on your machine. What you don’t have is the right to tell other gamers what mods they’re allowed to install. You also don’t get to tell modders what mods they are allowed to make.

Freedom for modders to make the mods that they enjoy is the cornerstone of what makes mods so great. They’re great for users, because they add content to the games they’re playing and extend their life. It’s also great for the developers, as people will often buy games that they don’t own just to try out the mods (see Day Z for reference). They’re also great for the modders themselves, as it lets them get their name out and show off their ability.

Modders have made amazing contributions to the industry, and many of them have gone on to jobs in the industry making great games that we all enjoy. When I talk to game developers, they all tell me how much weight they put in seeing that an applicant has actually created and released a mod. It shows that the person can finish a project, and demonstrates their ability in an easily accessible way.

When we start asking developers to police mods because we don’t agree with the content of a few of them, we run the very real risk of companies deciding that the return on the investment into mod support isn’t worthwhile, and they stop including it. It’s one thing to budget some development time to create mod tools and release them. It’s quite another to hire and maintain a “mod patrol” to keep an eye on every mod that’s coming out.

Worse, you are also encouraging modders to stop making mods. After all, a mod might be perfectly fine by one company’s standards, and completely unacceptable by another’s. Why put in the time and effort it will take to make a mod that could be pulled because one person got upset over something the modder included? Why would they subject their work to that scrutiny, or the inevitable attacks from the people who think it’s somehow offensive?

Let developers focus on making games, and quit worrying about what mods other people are playing. If you have objections to one of them, don’t hit download. You’ll have a lot more fun.