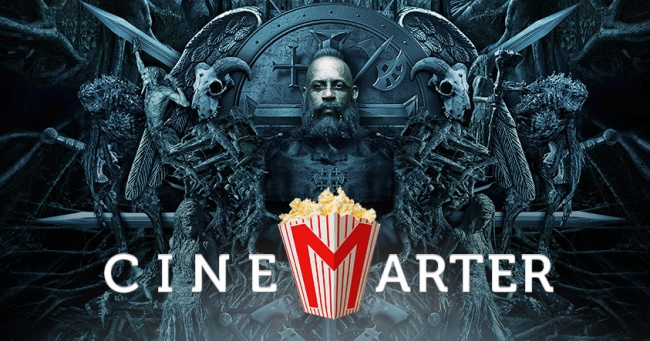 Somewhere around the time that The Fast and the Furious was taking off, it was decided that Vin Diesel would be the next big leading man. But after xXx, A Man Apart, the second Riddick movie, The Pacifier, and Babylon A.D., that thought has curtailed a little bit. However, now with Furious Seven and Guardians of the Galaxy each making a boatload of money, it appears that someone’s willing to take a second shot at this proposition. Hence, The Last Witch Hunter, which sees Diesel play immortal witch hunter Kaulder – based on his Dungeons & Dragons character – no, really – and has him trying to save the world from a plague that may wipe out humanity.

Let’s back up for a second. 800 years earlier, Kaulder killed the Witch Queen (Julie Engelbrecht), who cursed him with immortality. In the years that followed, rules were established, and only witches who broke those rules would be hunted. Kaulder became the biggest enforcer, although witches were no longer being slaughtered; instead, they’d be imprisoned for all eternity. To stop the sinister plot to unleash a human-killing plague, he has to team up with a young priest who acts as his handler, Dolan the 37th (Elijah Wood), as well as a good witch, Chloe (Rose Leslie). 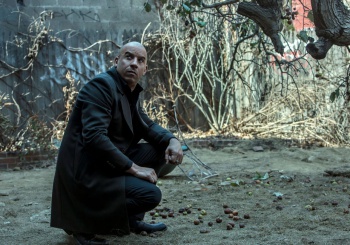 If that all seems incredibly generic, it’s because it is. There’s absolutely nothing to differentiate The Last Witch Hunter from movies like Seventh Son or Season of the Witch, except that a great chunk of it takes place in modern day New York City, during which time the chance of an action scene occurring is about as likely as finding a rat-free NYC alleyway. Instead, much of the action takes place in either fantasy dream sequences, or in areas that look as if they could have been around 800 years ago. You’re not going to get a hunter-witch battle in the middle of Times Square, for example.

The fantasy sequences are overloaded with CGI, but then so are all of the action scenes. Most of the villains Kaulder fights are CGI monstrosities, although the CGI isn’t very good. Most of the fights take place in the dark in hopes of hiding this. They’re also choppy and uninteresting, particularly because, for much of the film, Kaulder literally cannot lose. He can’t die, so why should we become invested in a battle that’s so one-sided it’s not fair? The way to counter this is to put his partners in danger instead, but that doesn’t happen much, if at all. He loses his immortality before the climactic battle, but by then it was too late.

The Last Witch Hunter is a generic action movie that just goes to remind us that either Vin Diesel is not a leading man, or he needs to pick way, way better projects.

When the film takes place in the present day, I mentioned that there isn’t much action. So, what fills our time? Exposition. Do you remember how, in John Wick, an entire world is built, and we learn about it organically, without pausing to explain to us how everything works? The Last Witch Hunter is the opposite of that. The film doesn’t think we can understand “witches exist; some are good, and some are bad; Vin Diesel hunts the bad ones,” so it designates a significant amount of its running time to ensure that we can’t miss those super-important points. That’s part of the reason The Last Witch Hunter feels so boring; it is too busy explaining itself to tell a good story, deliver interesting characters to us, or even give us many action scenes – the latter of which is the bare minimum one should expect from a movie like this one.

Vin Diesel fairs about as well as you’d expect him to. He’s not an actor with much range, and he takes a character who’s potentially interesting and makes him a bland archetype. Listen to him try to tell someone about how he watched New York City be created, and it sounds less like someone having conflicted thoughts on the length of time he’s been alive and more like a deeper-voiced Eugene Levy reading a Wikipedia page. Rose Leslie plays the typical sidekick, Elijah Wood and Michael Caine – yes, Michael Caine is in the movie, and mentioning him now – not earlier – should tell you exactly how well he was used – are both wasted, and Julie Engelbrecht hams it up as the villain. It’s not an actor’s movie anyway, but there’s some talent here that goes to waste in the film, which is a shame.

The Last Witch Hunter is a generic action movie that just goes to remind us that either Vin Diesel is not a leading man, or he needs to pick way, way better projects. This is as bland as bland can get, filled with CGI overloaded action scenes, boring characters, an uninteresting story, and more exposition than one could hold in both hands. It wastes its talent, wastes our time, and the best thing one can say about it is that it almost approaches mediocrity – but doesn’t even get there. Either stick to the Fast and Furious movies, Mr. Diesel, or pick better scripts.

Bottom Line: A generic fantasy action movie, The Last Witch Hunter is destined to become a footnote in the careers of everyone involved.

Recommendation: I don’t know why anyone would want to see The Last Witch Hunter, but unless you’re the type of person who liked Dungeons and Dragons or Eragon, it’s not worth seeing.