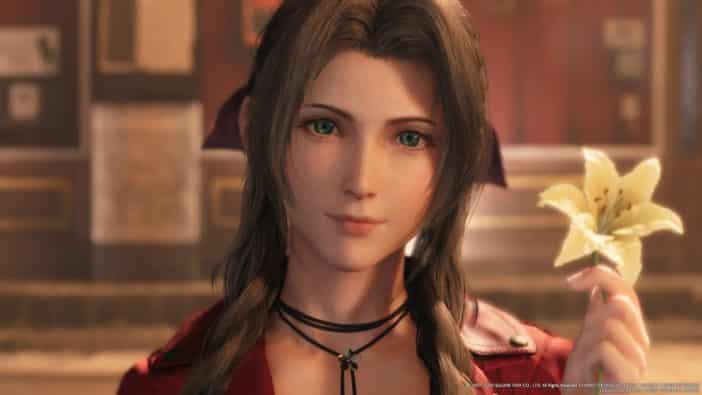 When Final Fantasy VII came out it was lauded for many reasons. The jump in graphics was one of those reasons, but the other was the storytelling. The theme of trying to save a dying world was not lost on those who were listening, but one key part of Final Fantasy VII that rang true with everyone who played it was the death of Aeris Gainsborough.

It was a moment that had lasting effects on the narrative of the story, but it also unexpectedly had a lasting effect on gamers and the industry at large.

The song “Aerith’s Theme” is etched on the heart of everyone who played the game, and it elevated the story. There was no Phoenix Down, no reset; there was only this hollow feeling. Final Fantasy VII had taught a generation about death.

The legacy of Aeris Gainsborough (We will use the original localization name for this article.) and Final Fantasy VII is one of heartbreak and of helping to teach its audience powerful lessons. 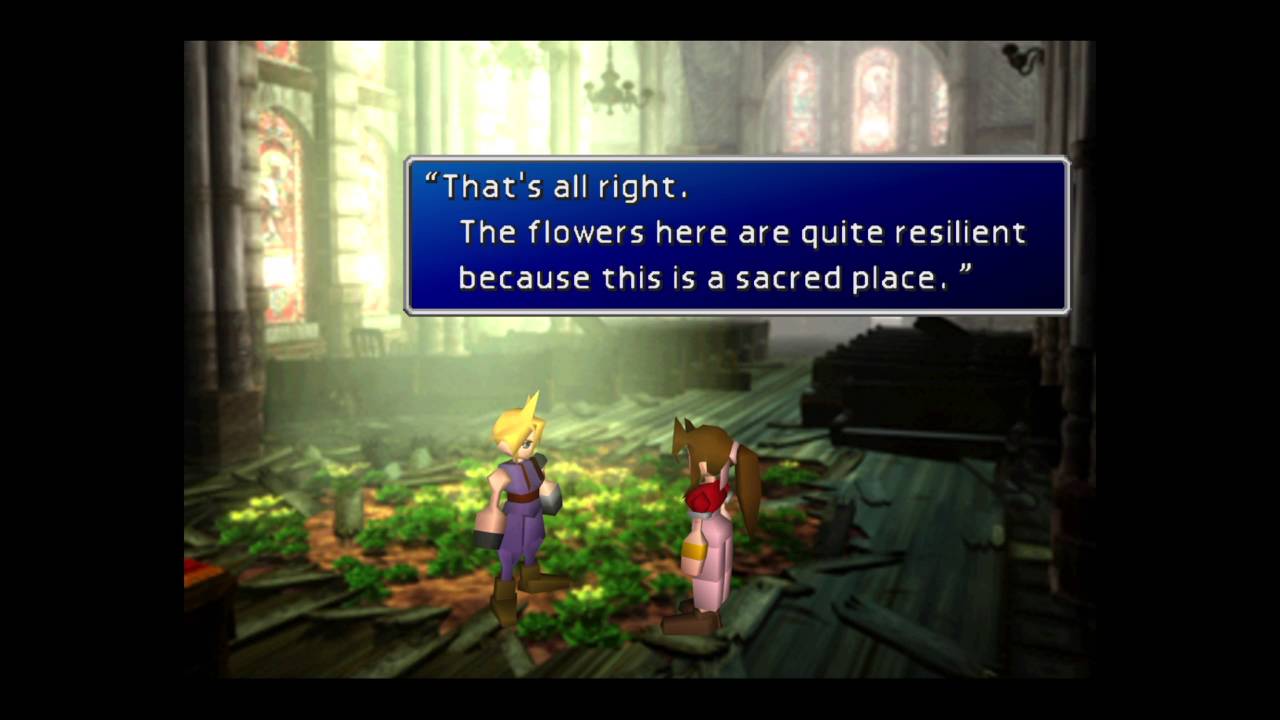 Aeris Was the Hero

You play as a disillusioned ex-soldier who joins up with an eco-terrorist group. Along the way, the story decides to go from stopping a conglomeration from ruling the world to saving the very soul of the world from an alien menace. Along that journey, you meet Aeris Gainsborough. She is a flower girl from the slums of Midgar, and she is also the last descendant of an ancient and powerful race.

She was also my first princess in a castle that I needed to save. She had several differences though. She could handle herself in a fight, she was the true hero of the story, and, most devastatingly of all, you couldn’t save her. Her destiny led her to saving the world, but to do that she had to go somewhere Cloud Strife and the player couldn’t go — and it was heartbreaking.

It was a shake-up in the narrative of video games. No one believed when this happened in Final Fantasy VII that it was real. I know I didn’t. We had previously seen a character come back from the dead in that very same game. Cait Sith died trying to destroy the Black Materia. He was then immediately replaced by a new Cait Sith. You felt the loss of original Cait Sith momentarily, but the emergence of this new one took almost all urgency away from the death. This was the usual type of scenario a player would expect.

Compare this to the infamous scene of Sephiroth descending from the sky and piercing Aeris’ heart. This act effectively ripped the heart of the narrative away from the player, with the team behind Final Fantasy VII flipping the script on gamers.

The narrative direction and its characters were changed. Gamers learned you can’t save everyone. Even when Sephiroth was defeated and the world was saved, that wouldn’t bring Aeris back. But importantly, we were also taught that even when you lose, you can come back swinging and still win the day. It was a powerful message from a company that had already achieved success with its previous entries.

It was a gamble, and if we had the internet of today back then, I’m sure the decision to kill Aeris would have been met with as much controversy as any decision in any AAA title released today. 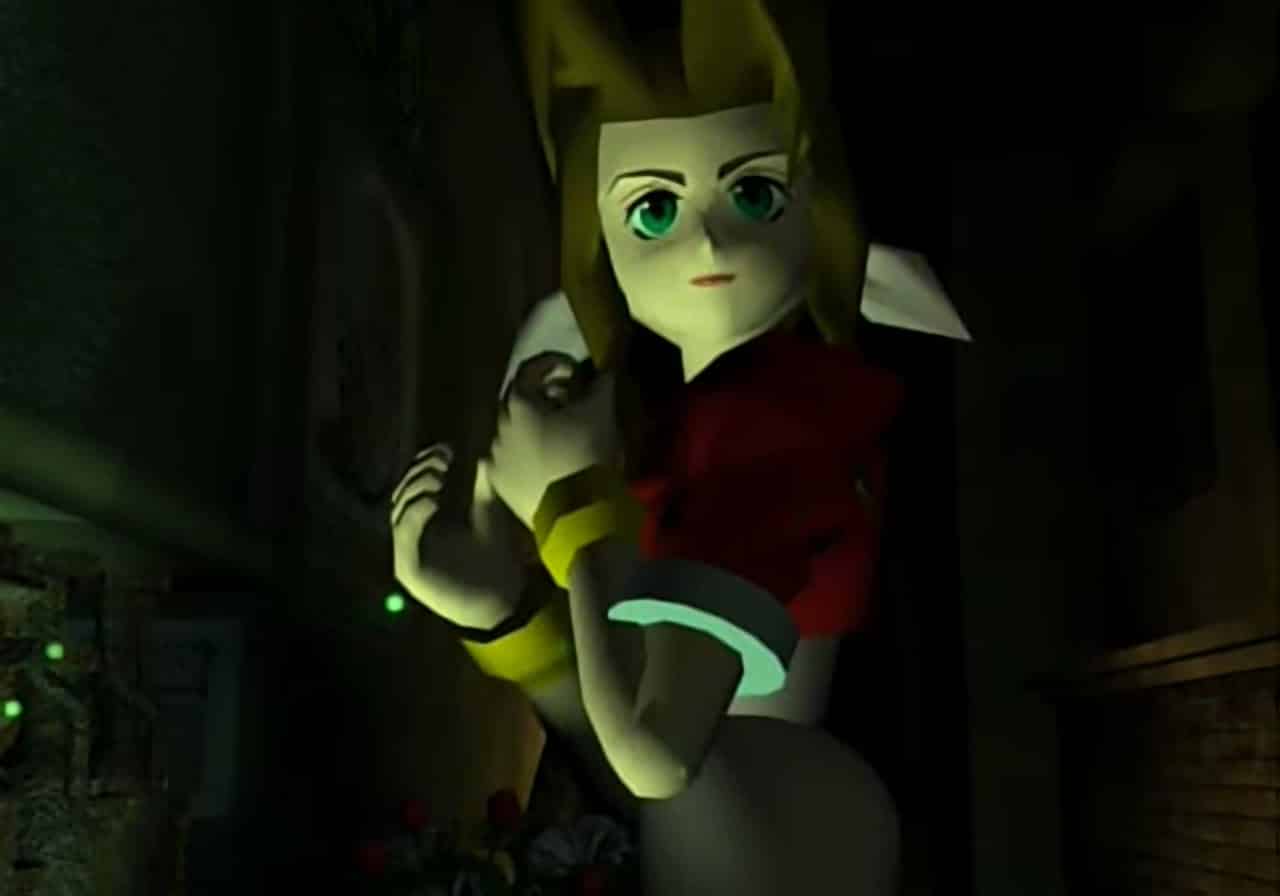 Searching for Hope in All the Wrong Places

Another occurrence that came from Aeris’ legacy was the search for the ever-elusive revivification.

From her death sprung up a rumor that you could bring her back or stop her death altogether. Numerous articles popped up detailing ways to stop Sephiroth from getting his way. I even fell down this particular rabbit hole. Find a particular mythical materia, equip certain items, and, if that all fails, continually try to make sure she wasn’t a part of your party when the wheels of destiny had already begun turning.

Few characters in gaming have been given this honor, and it falls into the kind of denial that players felt — something akin to someone close to them having died. It is a testament to the storytelling from Hironobu Sakaguchi, Yoshinori Kitase, and the writing team.

The narrative of Final Fantasy VII went from a journey to save a world to something more personal. You were honoring a lost friend, someone you cared about deeply.

Aeris Gainsborough became a part of our family when we met her in 1997, and her death left such a hole in our hearts that people tried to fill it with rumors and half-truths. Her legacy has stayed strong all these years later. You fought for her and her mission. So, when the ending credits of Final Fantasy VII Remake rolled, and it teased that destiny could perhaps be changed, we began to wonder: Can we save her now?