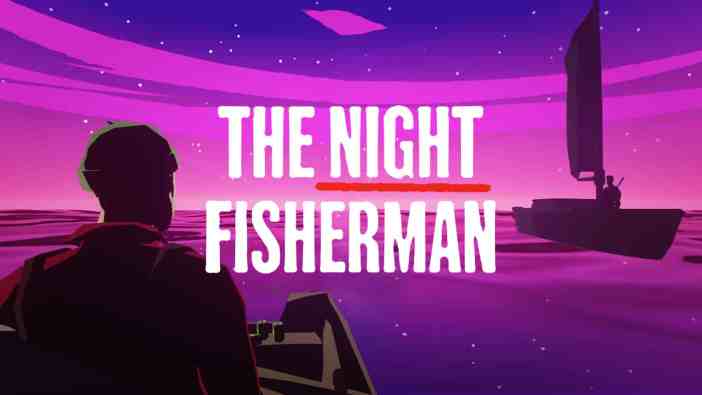 In a short piece of fiction, every word counts. Unlike in a novel, where paragraphs can be thrown around quite loosely without derailing a piece, each section of a short story must efficiently propel the narrative or create an atmosphere. Far Few Giants’ The Night Fisherman is a powerful execution of such micro-fiction, a free narrative game that lasts just 10 minutes in playtime, but it resonates long afterwards with its themes of fear and prejudice. The story is best experienced blind, and I urge those interested to play through the game first before reading on.

The Night Fisherman opens on a peaceful night time scene, a small fishing boat floating beneath a vibrant purple sky. Mr. Gardiner is a night fisherman, who happens to also smuggle goods into England. Despite his calm demeanor, Gardiner’s small vessel has attracted the attention of Mr. Churchill, an infamous member of the English Protection Group. Churchill is armed with a shotgun and determined to engage Gardiner in a probing, “friendly” conversation. With every word a potential admission of guilt, Gardiner chooses his words carefully, an eye on his trembling cargo all the while.

The inherently unbalanced power dynamic between the two men makes for a tense confrontation, where every word chosen feels as though it might be the wrong one. The player is presented with two options to choose from with each of Churchill’s questions, but it quickly becomes clear that Gardiner has no way to get through the conversation unscathed. 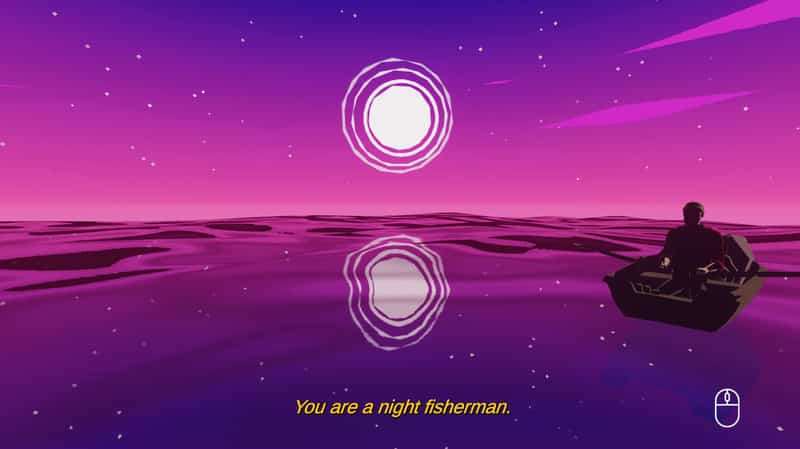 Rather than winning or losing, The Night Fisherman is focused on expressing a frightening situation that is all too common at the moment: trying to calm down an armed government official who would face no repercussions if they used deadly force. The brief conversation is a horrifying glimpse into what such a confrontation would be like, with Churchill’s jovial nature clashing with his terrible deeds.

The man takes pride in his abominable actions, proudly owning the title “kid fisher” for his habit of drowning smuggled children. Gardiner’s motivations for smuggling are unknown, but when faced with such a malignant force, it is hard not to empathize with the fisherman.

Churchill’s character is an homage to Colonel Hans Landa in Inglourious Basterds, which works better in some parts than others. I think the concept of an energetic, prideful man who does terrible things is executed really well, but his speech about birds strayed a bit too close to the original script that compared rats to squirrels. The actual text is different enough that I would not consider the speech plagiarism, but the section just made me think about the movie rather than the game I was playing, pulling me away from the experience. 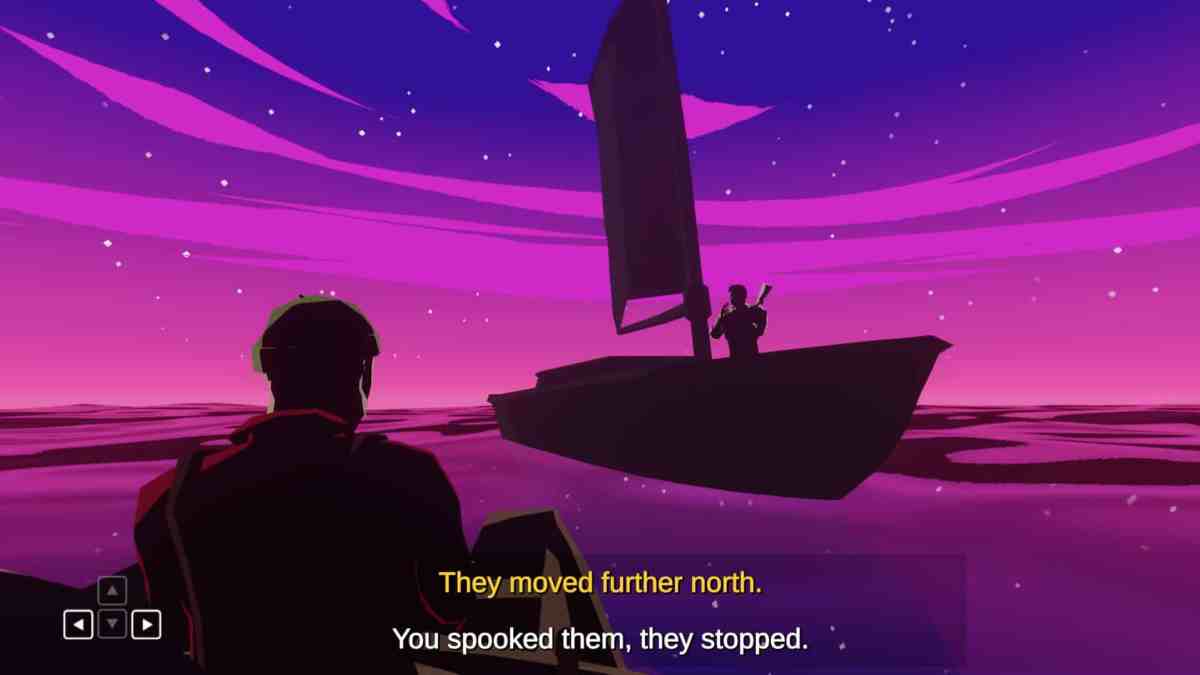 Although The Night Fisherman is a piece of interactive fiction, good use is made of the three-dimensional world the story is set in. The moonlit sea is truly beautiful, contrasting with the ugliness of the encounter. Shadows hang over the faces of the characters, making it impossible to read intentions. The player has control over the camera, allowing them to shift perspective during the conversation. It would have been a nice touch for this camera movement to add extra dialogue options: perhaps Mr. Gardiner spots a weakness when looking at the side of Churchill’s ship, or he chooses to talk about fishing when he sees the bait floating on the waves.

The Night Fisherman may be brief, but the sense of danger conveyed in its tiny conversation is impressive. While the dialogue at times follows a little too closely to its inspiration, directly facing down such a menacing character makes for a chilling experience. Developer Far Few Giants intends to make a new narrative adventure every month, the development of which can be supported on its Patreon page.

Next week we will be playing Dragon Heart, a pixelated shooter where dragon companions serve as weapons. The game can be downloaded from itch.io. If you would like to share your thoughts, discussions will be happening in the Discord server.