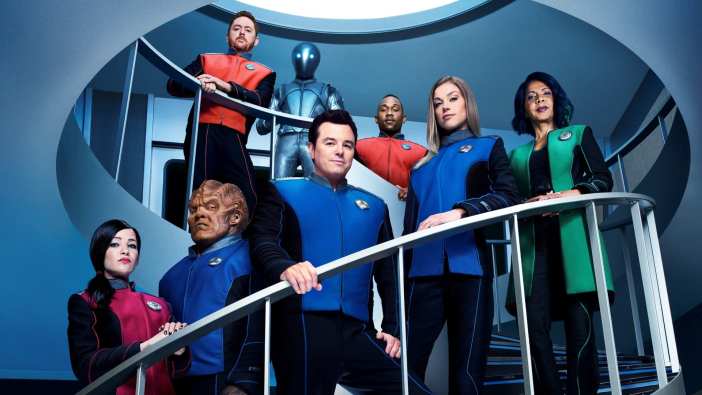 Updated 8/3/2020 (7:30 PM ET) – Title updated to indicate this is an ongoing rumor and not officially confirmed by Hulu or Seth MacFarlane.

Tom Costantino, a producer on The Orville, has commented on the rumor saying that The Cinema Post’s article isn’t true, but remained coy about the existence of a fourth season.

It’s not a real article. TBD!

For fans of good science fiction and old-school Star Trek, there’s some bad news to report. The Orville, Seth MacFarlane’s comedy-turned-homage of all things Trek, will not have a fourth season at Hulu. Season 3 will be the end. The report comes from The Cinema Spot, but we’ve been able to independently verify this as well.

Evidently, Hulu and Disney never intended to progress the series past the third season after it moved to the streamer from Fox. The only reason this third season was greenlit may have been to fulfill some international streaming contracts, which is sad to hear about a show that has only gotten better as it has progressed. Still, MacFarlane must have known about this fact when diving into the third season, so hopefully The Orville will have a satisfying conclusion, unlike the likes of other cult sci-fi series like Firefly.

It isn’t exactly clear why the series is being dropped without even a chance on its new streaming home outside of its being a legacy Fox product from before the Disney buyout. The show’s ratings were decent on Fox, and most who watched it grow from season 1 to 2 are big fans. The report hints that The Orville may be being cleared out of the way after season 3 to be replaced by Hulu’s new Hitchhiker’s Guide to the Galaxy show, swapping one sci-fi comedy for another, but that feels like creating conflict as an excuse to cancel.

This may not be the end, of course. Plenty of cult series have found new homes on other platforms and this is a passion project for MacFarlane, so he could shop it around if he’s allowed. Maybe Netflix or Amazon can beam in and save one of the best bits of episodic sci-fi TV we have going.