It was with a growing sense of dread I realized, as I played Mad Max, that video games have successfully crafted a new definition for ‘generic.’ It’s been brewing for a while, I think it’s been Ubisoft’s long-term project for the last decade or so, but it was only with Mad Max that it struck me as having been firmly codified. ‘Cos the first sign that a particular style of game has become generic is that it starts being the go-to game for movie tie-ins.

(Digressing for a moment, what was with all the people in the comments trying to tell me what I was supposed to be do in dust storms? I KNOW it’s an opportunity to collect scrap, guys. The point was I didn’t want to chase after scrap just because the game had decided it was scrap chasing hour, what I wanted was for the fucking dust storm to stop so I could use the fucking observation balloon I’d painstakingly driven out here for) 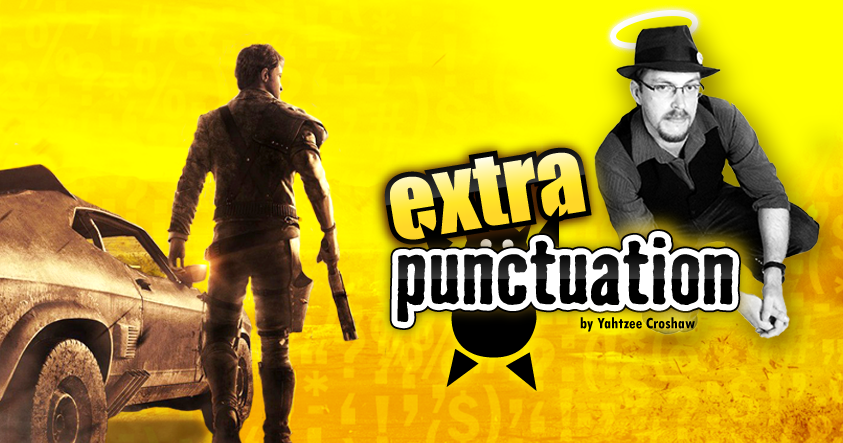 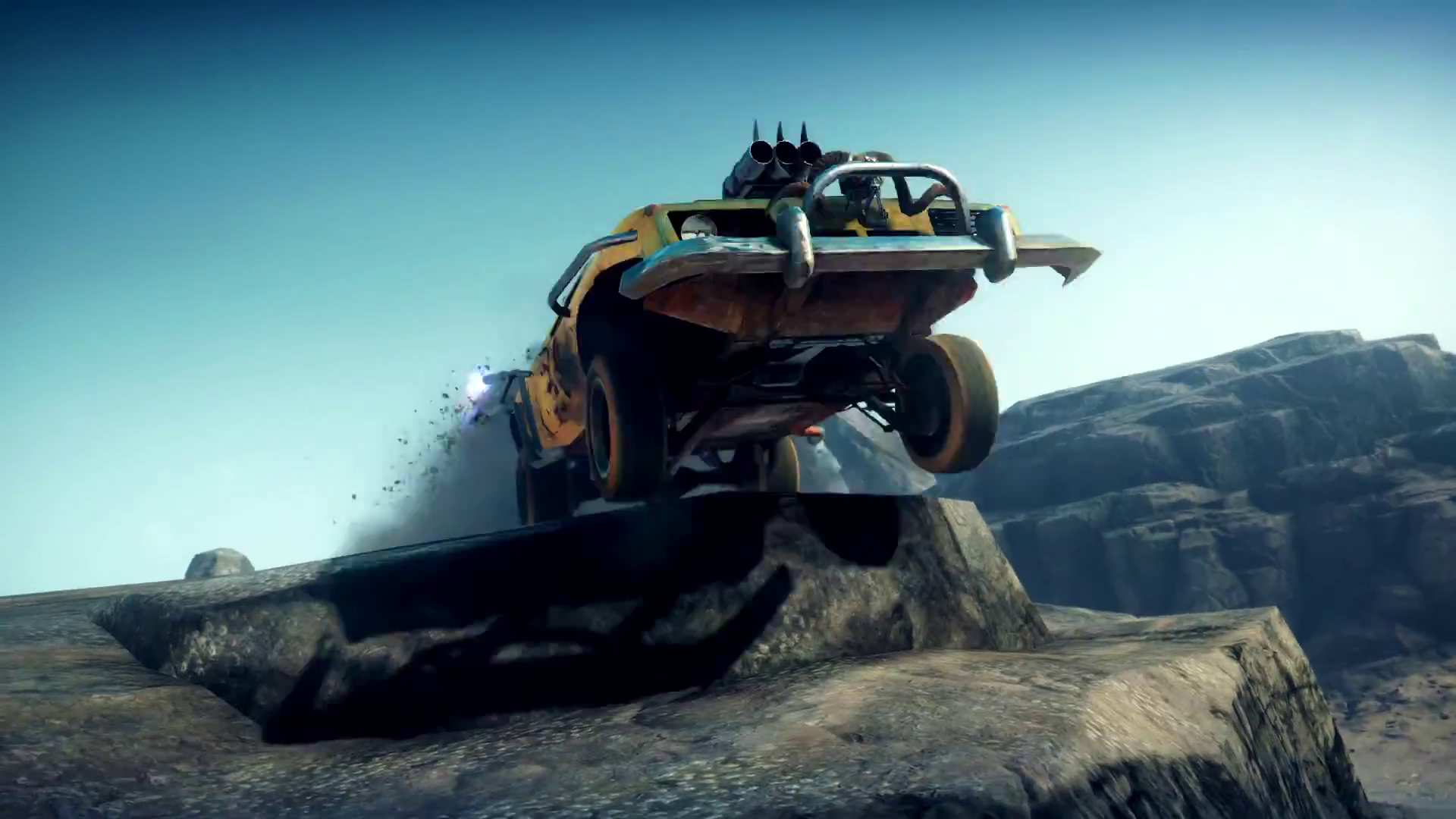 What I want to reiterate so we’re totally clear on this is that being ‘generic’ is not the same thing as being bad. Generic is functional, adequate, neutral. It’s a solid foundation, and you can’t have a good party house without one of those. But it’s also not a whole lot of fun to show up at the party house to find that it only has a foundation. You’re just going to be standing in the middle of a big cement parking lot with a party hat on and sighing into a noisemaker so it makes a mournful high-pitched wail.

So let’s get some definitions down. The following are what I think have been established as the traits of the ‘generic sandbox’. They’re not automatically bad to have, but maybe just think about how they could be done differently or in a not completely tedious way.

Observation Towers: Sometimes they’re literally towers, sometimes they’re ‘viewpoints’ or that Mad Max balloon thingy, but the purpose is always the same – getting up to a designated high point so that you can reveal the available missions and collectibles in the area. I feel like this feature exists as a compromise between the intention for the player to explore the world and see the environment without just blanketing the map with icons (which turns it more into tedious checklist-following than exploration) and the need to give players at least some kind of direction. As well as a sense of progression as the map gradually opens up. The thing is, doing all the towers I find usually turns into a rather dull bit of admin that must be completed before any actual work can be done. And afterwards you still end up with a map blanketed with icons.

Here’s a thought – do the tower, indicate the points of interest, but don’t use icons to tell us what they are ahead of time. Just put a little twinkly light so we have to go over and get involved in it before we know what it is. That wouldn’t clutter the screen with icons, and make us more likely to try something we normally wouldn’t. If I found one race mission boring but other ones might be more fun, I’d never know, ‘cos after the first I’d see a race mission icon and spit contemptfully upon the screen. 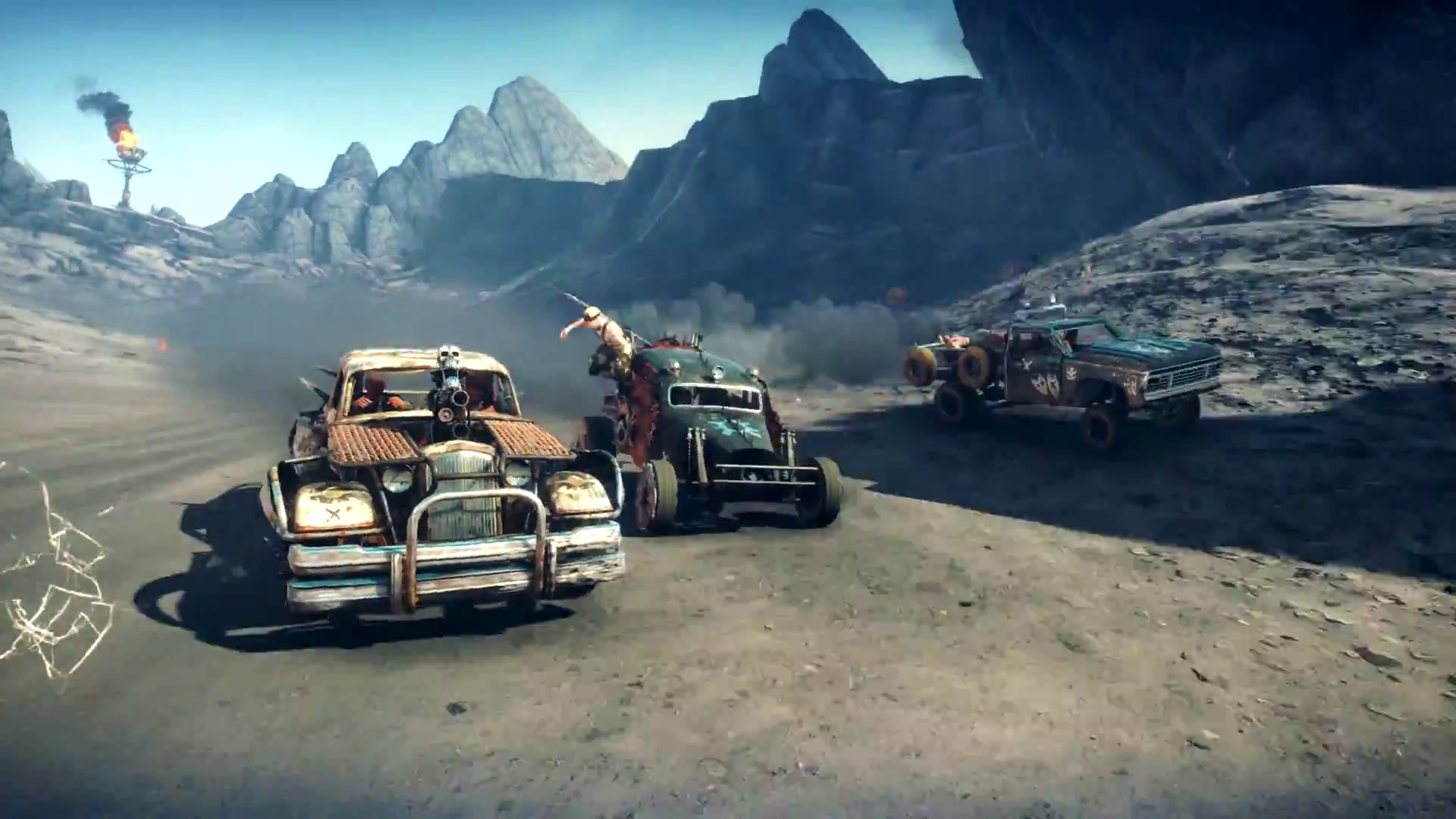 Collecting for Collecting’s Sake: It could be as blatant as collecting feathers/flags in Assassin’s Creed, which has precisely zero gameplay effect and merely exists for the sake of another tick on the 100% checklist, or they could be a bit subtler with it. In Mad Max, you collect caches of in-game currency as their icons appear on the map. But I found a lot of these only had like 1 or 2 scrap units at a time when the cost of upgrades was way into the 100s. So at that point you’re back to doing it mainly just to check it off the map.

Again, not inherently bad. It’s nice to have a reason to explore the world, but it’s nicer to get some kind of gameplay benefit, and even nicer if you can do it without having to come to a screeching halt and get out of your vehicle or parkour groove. Destroying scarecrows in Mad Max was a fun collectible activity because you could plough into them in passing and then be straight on your merry way, at least until they became stronger and it stopped being fun again. Point is, something as unimportant as a 100%er collectible probably shouldn’t be something we have to devote more than five seconds of our time to. Case study: orb collecting in Saints Row IV.

Combat as Gameplay Spackle: Mad Max has the usual perfectly solid combat in the button mashing, intuitive countering, Arkham Asylum style. Again, it’s a solid foundation, but it so often seems to have no particular role in the grand scheme of things except to fill in the cracks. Many is the time I’ve gone on some mission in a sandbox game where I have to go into some facility or other and acquire a thing, only for yet another squad of dudes identical to the fifty others you’ve beaten into submission today to contrivedly appear the moment I touch the thing. Because the game suddenly jerked awake and remembered there needed to be some gameplay at some point.

A sandbox should be about gameplay variety, but so often they rely far too much on the base level of the gameplay pyramid, until the base level is so big the pyramid looks like a walnut whip sitting on a Frisbee.

Boring-Ass Protagonists: This seems to be inevitable in a sandbox game, partly I suspect because the creator has to relinquish control to a certain extent so that the the player can do whatever they want. Even before you start writing the character we already know they’re going to be the kind of person who wanders around the world with no direction in mind, dumbly acquiescing to whatever favors random johnnies on the side of the road ask them to do. You can characterize the protagonist as a creature totally ruled by whim, which works well for the GTAs and Saints Rows, but it doesn’t suit anything but a comedic context, and a serious or broody character in that role comes across as dull. If not dull then inconsistent, because Mad Max does nothing but try to immediately alienate himself to people but always ends up tugging his forelock and doing their chores regardless.

Maybe this is a symptom of a larger issue that bowing to player choice ends up making the narrative path dull. Critical paths in the generic sandbox have been getting pretty bland lately, often seeming to exist only to set up all the optional challenges, and consequently ends up as a string of tutorial missions. Because it’s up to you, the player, to decide which ones you like and want to pursue until they actually become stimulating, and I find that a little bit weak, design-wise. Sometimes I have more respect for a game that wants to take a stand and curate the experience in line with the effect it wants to create. I mean, I, like many players, can’t be trusted to spontaneously create the ideal experience for myself. If I only ate whatever I wanted to eat on some mad hedonistic whim, then I’d die of cake poisoning inside a week.