There’s always some resistance to a new console entering the market – the Xbox brand is now nearly 10 years old and 60-million-plus consoles strong, yet even it is regarded by many as the new kid on the block that still needs to pay its dues before it’s considered worthy of respect.

With that in mind, what chance does the iPhone (or iPod Touch) have, especially given the hate it/love it divide among consumers when it comes to the Apple brand at large? As it stands, despite incredible sales and a very healthy business model, the iPhone finds itself the butt of many gaming jokes among more dedicated, longstanding gamers with established loyalties elsewhere. Head over to any internet forum or discussion thread on the matter and you will find as many dissenting voices as you will new converts.

So think of this as both a list of facts and an appeal. We’re going to dismiss the most common myths and criticisms made of the iPhone as a games console in the hope that those gamers who haven’t already will accept the platform as one of their own and allow it to suckle from their nourishing teats.

So what are the most common myths and criticisms made of Apple’s device? We’ve narrowed them down to three: the games are no use; the iPhone is over-priced; and the touchscreen/tilt combination interface doesn’t work.

Let’s deal with them in turn, shall we?

First up: the quality of the games. Any gamer with an open mind would find it hard to resist the charms of any of 2009’s finest iPhone releases. Titles such as Jet Car Stunts, N.O.V.A., Need for Speed Shift, Squareball, Glyder 2, Zen Bound and Star Defense are hardcore games for hardcore players that demand to be taken seriously.

Then there’s the development talent. The iPhone can count the absolute cream of modern game designers, such as Hideo Kojima, John Carmack and Will Wright, among its admirers. In fact, all of those esteemed developers (and a growing number of their contemporaries) have gone beyond merely complimenting the platform from the sidelines, actually getting involved and delivering some top-notch games.

Moving on, let’s look at the iPhone’s second most commonly claimed failing: its price. Granted, getting an iPhone on contract is not exactly a bargain by anyone’s standards. A basic iPhone 3G 8GB costs $99 plus a minimum $30 a month contract for two years on AT&T. The iPhone 3GS costs even more.

But a 3rd-generation 8GB iPod Touch (which has the same graphical grunt as the iPhone 3GS) costs just $183.99 on Amazon. That’s just $13.98 more than a Nintendo DSi, which doesn’t include anything like the dizzying array of extra features found on the Touch. Compare it to the PSP and the difference is greater still – a brand new PSPgo 8GB comes in at a whopping $241.67 on Amazon. That’s over $50 more expensive than the latest iPod Touch. 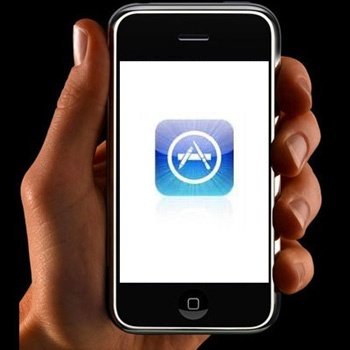 Far more important than the hardware price is the cost of the software. Just this week, gamers faced one of the most confusing choices they’ve had to deal with this generation, courtesy of the App Store release of GTA Chinatown Wars. Boxed retail copies of the game on DS and PSP cost around $16 and $28, respectively, whereas the iPhone version will set you back just $10. This is the same game – the iPhone version has just as many levels, just as big a map as the other versions and even sports improved graphical fidelity over the DS release (not to mention custom radio stations).

It’s not like this is an isolated example. There are scores of identical iPhone ports of cross-platform games that are significantly cheaper on the App Store. Expect the recently announced iPhone versions of Final Fantasy I & II to be cheaper than the Game Boy Advance or DS versions were when they were released.

Last of all, and perhaps one of the iPhone’s most unshakeable stereotypes, is its control set-up. We won’t deny there are certain games the iPhone doesn’t handle as well as other consoles in the interface realm – beat-’em-ups suffering the lack of tactile feedback most obviously. But this is just as common a failing elsewhere – the PSP, for instance, is a bit cack-handed when it comes to wrestling a decent FPS control scheme out of its touch screen-free interface.

Make no mistake, the iPhone’s touchscreen is a modern marvel and its multi-touch capabilities have enabled new types of game, such as Flight Control, to emerge. Similarly, the iPhone’s tilt controls take flying games into previously uncharted realms, with notable examples such as Skies of Glory, Ace Combat and the aforementioned Glyder 2 delivering amazing experiences. The accelerometer isn’t half bad when it comes to racing games, either.

But nothing is perfect in this world and the iPhone is no exception. Certainly, it is far from the savior of handheld gaming that some choose to herald it as. Most obviously, for every great game on the App Store there are five dreadful alternatives, which makes screening for quality an issue when parting with your cash. And no one that hasn’t had a sherry too many will ever dare argue the virtues of the device’s battery life.

Pocket Gamer isn’t blind to the iPhone’s faults, but we’re not calling for gamers to abandon their PSPs and DSs, either – those are platforms that we do, and always will, love dearly. The point is that the time has come to pull heads out of the sand – suggestions that the iPhone/iPod Touch isn’t a “real” console and that serious gamers aren’t interested in it just don’t hold up anymore. Talk of poor games, expensive hardware and unconvincing controls is hopelessly outdated.

If it was the case in the iPhone’s first few months, it certainly isn’t true anymore. Apple’s device has a place alongside the DS and the PSP as the third major contender in the handheld games market, and it deserves it, too.