There’s always something a little incongruous, I feel, about my reaction to freemium games trying to stay funded, generally by slowly and subtly making their games annoyingly hard or annoyingly boring until you splash a few readies about. 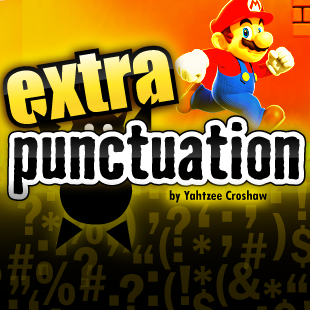 Generally, my reaction is one of immediate hostility. How dare they call themselves free to play and then bring out this underhanded trickery; I want to grab them by the wrist and hold it aloft, crying “Officers, arrest this game.” But on reflection, that’s very unreasonable of me, considering that at that point I have paid nary a bent shilling to play the thing. I know full well the philosophical importance of creators being paid to create, the entire world of art, and more importantly my own career, hinges on it. I’m even hesitant to emulate games I haven’t bought at least one version of. So why does it feel like an affront when the game I have done nothing to deserve starts asking for money? Why does killing myself trying to get through Let It Die without purchasing continues feel like I’d be winning a moral victory, having dodged the game’s attempt to ‘trick’ me out of money, when at that point I’m playing something for nothing and, if anything, am the one doing the tricking?

I mean, I’m perfectly content to shell out 10, 20, 60 dollars for games to play, some of which I leave unfinished (or even unplayed) on my Steam list, and many of the ones I do play I don’t even particularly like. I could start out by blowing 60 bucks for a pack of 160 continues in Let It Die and that might be enough to see me to the top of the Tower of Barbs. How is that more offensive to me than buying, say, Uncharted 4 for the same cost?

Probably because there’s no guarantee that those 160 continues would be enough. I wouldn’t like the added pressure of trying to finish the game within a limited number of attempts, or be forced to pay again; I was never a fan of coin-op arcades even when they were relevant. I like a hard game, as you know, but part of my enjoyment is knowing that I can throw myself infinitely at a problem until I ultimately succeed; if I knew I only had limited attempts in Dark Souls I’d probably end up putting someone’s head through a pane of glass, possibly even my own.

It’s also the fact that we are no longer permitted to ‘own’ the games we want to play, the way we own a favourite book or DVD box set. Buy Uncharted 4 for the fixed price and you know that your contract with the developer is fulfilled, and you’re free to sit down and get nice and immersed in the full intended experience, knowing you won’t get bugged by popups waving a donation cup in your face, which is no way to experience art. Showing your tickets to the man at the door and settling down into your comfy theatre seat is a magic moment, knowing you’ve gotten the formalities out of the way and are now free to relax into an evening of culture; that would be broken if the lights came up twenty minutes later so that someone can go around with the collection plate.

That’s why DRM is so unpopular – because it tacitly treats all users as potential thieves, and freemium has a very similar subtext.

No matter how coquettish or subtle the request for money comes, it’s always going to feel like an imposition. There’s always this unspoken undertone to a freemium game that it suspects you’re hoping to freeload your way through it. It’s like picking up a glass of wine at a convention or a concert and being abruptly told by a staff member that they’re not free – you instantly feel ashamed, and then often resentful of the staff member for assuming you were a dastardly thief and weren’t merely making an honest mistake.

People don’t like being made to feel bad like that. That’s why DRM is so unpopular – because it tacitly treats all users as potential thieves, and freemium has a very similar subtext. But it’s not just direct requests for cash – it’s the way the need for money seems to permeate the design of most freemium games right down to the bone. I would suggest that Let It Die let me pay roughly the equivalent of a full price for a game and then have infinite continues, but the slightly dodgy and unfair combat would still be there, bilking nonexistent freeloaders.

This was on my mind again recently because out of curiosity I downloaded Super Mario Run on my phone. The latest in the long, long, long list of recent occasions where Nintendo pulled their signature move: only innovating or updating their methods after long, tortuous deliberation, and then fouling it up out of blind insistence that they know better than everyone else. You might notice that the average score for Super Mario Run on the iOS store tends to hover around 2.5 stars, which is the result of a fierce tug o/war going on between Nintendo fanboys awarding it 5 and the more common mobile gaming audience giving it 1s.

You see, while Super Mario Run shows all the signs of being freemium – that is to say, you download it for free – it’s only when you’re in the game and completed the first world that the game abruptly stops until you cough up 15 bucks for the rest of it. It’s more of a playable demo. But that’s exactly the sort of thing I’ve just said would’ve been preferable in Let It Die: a one-time payment for the whole rest of the game. So why’s it brooked so many shit fits in the reviews?

It could be because Nintendo seem to have taken pains to avoid mentioning that the free downloadable portion isn’t actually the full game. But I suspect Super Mario Run and Let It Die are both making the same mistake by trying to be some kind of unholy hybrid between core games and casual freemium ones, which is a mistake because the two serve different audiences with entirely different demands: core for people who want a complete immersive experience, casual for people who want something to do with their thumbs while the parents are arguing over Thanksgiving dinner.

Wouldn’t be the first time Nintendo fucked up by trying to have a product appeal to two entirely disparate audiences. Nor will it be the last, going by what we know about the Nintendo Switch. The device for people in between the people who want a portable handheld and the people who want a living room console. Which I suppose would be “people who stand around in doorways a lot.”