I don’t think I’ve weighed in much on this whole ‘Walking Simulator’ concept that adventure games have devolved into in recent years. The whole thing where there is no gameplay besides wandering around an empty environment looking for dialogue and cutscenes to bring the story across. Prominent examples including Everybody’s Gone To The Rapture, Gone Home, The Stanley Parable, The Vanishing of Ethan Carter, etc. Earlier ancestors include games like The Path and most of David Cage’s resume.

It’s certainly becoming a well-served genre, and the cynical part of me (the big part) wants to say it’s because it’s quite easy to design a game with no gameplay or challenge whatsoever and no interactive component except steering a faceless protagonist around an environment. But that would be very dismissive of me. Just to lay my cards on the table at the outset, I haven’t liked any walking simulator game besides Stanley Parable and that was more in spite of the presentation than because of it. 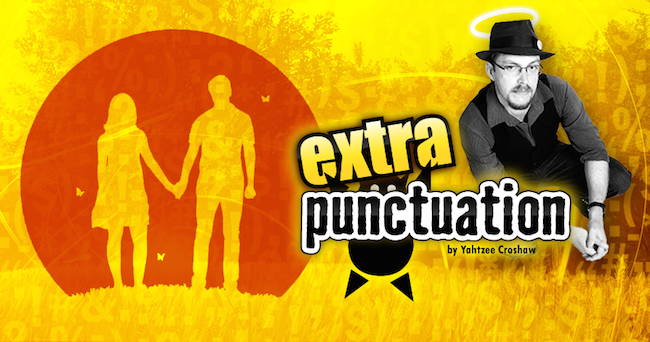 Why not? Because I find them boring and the all-important story usually isn’t absorbing enough to carry me. Personally, I want a challenge. In the XP that followed the Cave Story video, I theorized that one of the causes of the death of adventure games was when it became far too easy to look up their solutions on the Internet, and they lost their staying power. After that, they evolved in two different directions: some upped the challenge aspect, shifting in an action-adventure direction, so that the conversational buzz became less about giving away one-time puzzle solutions to each other and more about exchanging gameplay tips. Dark Souls being the far end of that spectrum, as a highly challenging game that retains an explorative, world-building focus.

Meanwhile, others took things in the logical opposite direction, threw up their hands and took all the challenge out, embracing the lack of staying power as a means of telling short linear stories. Which, on paper, makes perfect sense. The narrative was always the strong point of the classic adventure game and the necessary inventory puzzles were always an annoyance, obviously ditch them.

But I’m going to make the controversial statement that a game story has to have some kind of challenge. And I’m not just saying that because of the semantic argument that a ‘game’ is a competition that you win. Nor am I appealing to tradition by insisting that anything that comes out on a ‘gaming platform’ has to be a ‘game’, because that’s what we’re used to, rather than a film with unusually complicated pause buttons.

For me, it comes down to two things: pacing, and adversity. Pacing, first of all, meaning the control that the creator of the story holds over how quickly the story moves, how the exposition gets doled out, and how the key figures move around. It’s one of the most vital ingredients in creating atmosphere and tone. Standard forms of media like films and books never have a problem with it because the creator maintains total control over all of that, it all comes down to the competence of the writer (in the case of books), the director (in the case of films) or the roomful of twenty guys of varying degrees of necessity (in the case of Hollywood films).

Video games don’t have that very basic necessity – the ability to naturally control the pace of the story. There’s only so much the creator can do when ultimately the player is the one in control. If they had total freedom then they might just gazump all the way to the ending and miss boatloads of things that were all carefully placed to in some way pay the story off. That, friends, is where challenge comes in. Challenge is the means by which video game creators naturally structure the experience. Whether it be a fight you need to be good enough to win before you can enter some area or another, or a puzzle that requires careful exploration of the environment and understanding of what needs to go where.

The other thing I mentioned was adversity, meaning that every story requires some challenge or negative situation affecting the characters that they must struggle to overcome. And whether you like it or not (I can tell that Everybody’s Gone To The Rapture is one of those in the ‘not’ camp) the human player is by default a character in this narrative, which means they need their own struggles as well. They might not necessarily be the main character in the story, but they are the protagonist, the audience’s viewpoint.

The creator has no choice in the fact that the player will immediately identify with their avatar, the character they are playing as. We identify with characters like Marty McFly and Luke Skywalker and their stories are made satisfying by the adversity they must overcome before they can win. And so it follows that the player character in a game must have adversity of their own or the events of the story just won’t carry enough satisfactory weight.

The bottom line is, you cannot trust the audience to pay attention. You can in a standard narrative because there is literally nothing else the audience could be paying attention to; the experience of an interactive narrative is far too nebulous to rely on that, and focus can only be regained through the addition of challenge. That is why, to my mind, a story in a video game is still reliant on challenge as a delivery medium.

I know there are people who will tell me that this all comes down to personal taste, and that the walking simulator is actually a brave spearhead of a genre trying to show us a new way of doing things, and I’m just threatened by it because it’s different and it doesn’t fit into any of my boxes, man. To that I say, fuck you. I would be delighted if I was threatened by Everybody’s Gone To The Rapture, but I’m not. You know what I am threatened by? Skeletons with guns. And are there any skeletons with guns in Everybody’s Gone To The Rapture? No there are not. I think we’re done here.

Editor’s Note: Interested in another viewpoint on why games like these struggle? Phil Hornshaw thinks it’s because they’re missing a story entirely.