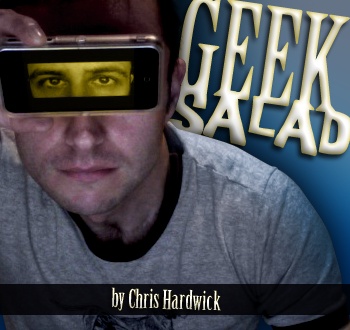 Dancing With the Woz

I had never seen an episode of “Dancing With the Stars” before a week ago, mainly because I have a sensitive gag reflex. I ONLY watched because of Steve Wozniak and I was unsarcastically hoping that he would do a Segway grind across the judges table. Instead, he used his feet on the floor. And he friggin’ WENT FOR IT. Was he the greatest dancer? No. But I really enjoyed watching him. He’s just a big bearded pile of hugs. I was happy. That is, until douchey judge Bruno Tonioli, who had apparently taken some kind of mouth-laxative shortly before, opened it to make words.

“It was like watching a Teletubby going mad in a gay pride parade.” Though I wouldn’t be surprised if Tonioli has actually seen that happen, I’ve worked in television long enough to know that this wasn’t improvised. He’d obviously been holding onto that gem and just clenching his fists together the whole show, waiting to blurt it out so that people would say, “Aha! How clever you are, Sir!” But it wasn’t clever. “Clever” would presuppose some kind of creative mechanism at play. What happened was, they had a fat guy on their show and they called him fat. End of story. As challenging as punching a baby. Would it have been acceptable to call Heather Mills a decorative pogo stick?
Just because The Woz wozn’t a great dancer I think he could’ve been afforded a MODICUM of respect. Let’s do a quick rundown of their comparative accomplishments:

…and speaking of Apple…

The New Shuffle – REALLY? No, Seriously…REALLY??

It’s a tremendous pain in the craphole to get products to review from Apple so I just plunked down the $79 in the name of write-offable reviews. What you should know about me that will anger at least a percentage of you is that most of my computing has that half-eaten piece of fruit on it. I’m the Apple fanboy that turns pasty PC-philes a rosy hue of angry red. Truthfully, though, if that makes you mad you should find more important things to occupy your rage.

It is because I am such a fan that I am baffled by a couple of recent redesigns (sometimes you have to hurt the ones you love). Someone over there has become obsessed with long rectangles over the more rhomboid feel that does nothing but make sense. The 3rd gen Nano was a well-proportioned device that made watching videos on such a tiny machine great. Then someone, probably a stressed-out designer on his 30th smoke break of the day thought, “What if you could watch movies on a cigarette lighter?” and the 4th gen Nano was born.

Then last week, Apple openly declared a war on buttons with the new Shuffle. The 2nd gen Shuffle was tech-tastic. Perfect size, easy to navigate and great for exercising (bad for swimming, though). The new design moves from Minimalism all the way to Russian Suprematism. 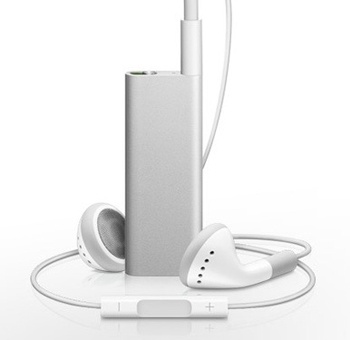 The controls are VERY inconveniently located just under the right headphone, making them not only difficult to find and click if you’re on the move (it’s just out of your field of vision) but also a proprietary middle finger to anyone who loses them and has to pay $29 for the privilege of controlling tracks and volume. Sure, I could use them on other iPod devices but I don’t hate myself. DRM-style headphones are really a bitchslap to the consumers who have helped the company make Ang Lee Hulk leaps in the last few years.

First of all, the name “Facebook” has always creeped me out. It sounds like something a serial killer would have. I have, however, long preferred it to MySpace’s “Times Square” feel, where numerous solicitations are graphically jammed into my stupid face at once.

I do question the somewhat desperate-feeling attempt to directly take on Twitter with their new home page design that draws focus to my least favorite Facebook feature-Status Updates. I have never used Status Updates, yet I am obsessed with Twitter. Go figure. I understand that the Status Updates engine is more powerful and can filter and junk, but for some reason I like the simplicity of Twitter’s one dedicated function. I mean, sure, I could use my desktop computer to wake me up in the morning, but I’m content just to use an alarm clock for that.
I think rather than exposing their Twitter-fear by forcing everyone to deal with S.U.s, they should have instead just made it a home page option. When I run a billion-dollar social networking phenomenon, that’s how I’LL do it.

And why do I keep getting tagged in shit I’m not in? Come on, promotion whores. Don’t punish people who accepted your digital friendship by trying to get more eyes on your business. Our producer on “Attack of the Show” called it “spamtagging,” and that is a term I would like to spread. Perhaps I’ll hypocritically do it through spamtagging.

@jimgaffigan – I’m sure you know Jim’s amazing comedy and “Hot Pockets.” He’s actually been on Twitter for a while, but only just started loading it up with Tweets. PROMISE yourself you’ll watch his new hour-long stand-up special when it airs on the 29th at 9pm on Comedy Central. Here’s a sneak preview devoted to bacon.

@SteveAgee2 – When a freak radioactive accident claimed the life of @steveagee, @SteveAgee2 rose like Twittering phoenix from updating ashes to the delight of Sarah Silverman Program-likers and bear fetishists alike.

@cwalken – I have no idea if this is Christopher Walken for reals. Actually, I don’t care. It’s hilarious either way. Sample tweet: “Our driver told the story of his childhood spirit animal – which was apparently a civet cat or seasoned marmot. I’m hungry for a pickle now.”

Chris Hardwick wishes he had invented personal computing so he could say to people, “Hey, you know computers? I did that.” Look deep into his hope chest at Nerdist.com or send electronic missives to hardwicknerdarmy@gmail.com.