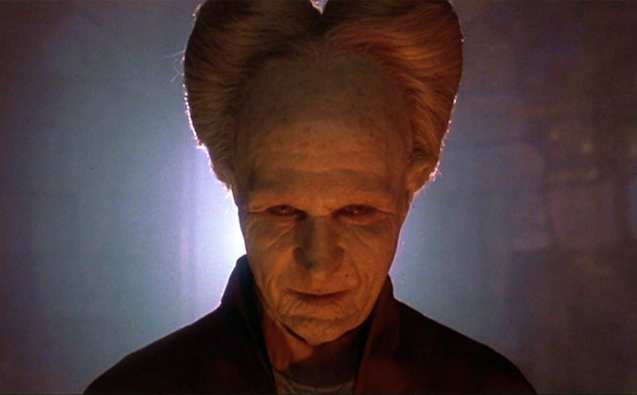 Dracula seduced me, as he has so many others, at just exactly the right time. As a 14-year-old, I was the lucky recipient of a paperback edition of Bram Stoker’s Dracula that was printed for the 1997 centennial of the original work. That same year would also see Konami release one of its all-time classics, the genre-codifying Castlevania: Symphony of the Night for the PlayStation, which has players take up arms to oppose Dracula’s evil plot. Both works now have the well-worn feeling of familiarity for me. Each diary entry in Stoker’s epistolary novel falls precisely where I remember it, each unique enemy and bemusing bit of loot occupies its proper hallowed place in Koji Igarashi’s castle of deadly horrors. Yet, in a year that’s seen Symphony of the Night re-released for the PlayStation 4 and Netflix’s Castlevania series score a home run with critics, it also feels like that neatly bookended century of Dracula storytelling is as relevant as ever.

Dracula might be the most famous English-language Gothic novel ever written, but it was actually among the last of its kind, its genre having risen to prominence toward the middle of the 18th century. By 1897, stories set in creepy castles in far off countries where some dark-featured noble with even darker designs chases after a virginal young woman were pretty well played out. In writing about the novel on its 100th birthday, Leonard Wolf argued that the story survived and became a fixture of film adaptations because of its Christian allegory and the eroticism that oozes off the page in scenes where Dracula drinks the blood of his beautiful, young, and innocent victims. I agree that both of those aspects fill Count Dracula with a kind of villainous majesty, but being a late-blooming atheist, neither was what drew me to him.

For me, it was the fact heso clearly thought of himself as the hero of his own story. He was an outcast up against the popular kids.

“Whilst they played wits against me — against me who commanded nations and intrigued for them and fought for them, hundreds of years before they were born — I was countermining them. And you, their best beloved one, are now to me, flesh of my flesh; blood of my blood; kin of my kin; my bountiful wine-press for a while; and shall be later on my companion and my helper.”

Stoker’s novel begins with the lowly young lawyer Jonathan Harker making a treacherous journey to the dark and imposing Castle Dracula in Romania, where the Count has summoned him for help buying real estate in London. Harker quickly discovers Dracula is actually a fiendish creature of the night with a harem of undead vampire brides, and barely escapes with his life. By the time Harker’s saintly fiancée Mina comes to save him, Dracula has already made his way to England, turned Mina’s best friend Lucy into a ravenous, murderous, sexy vampire, and set the stage for his bid to feed upon the innocents of London. Harker joins Lucy’s mourning suitors and the odd Dr. Van Helsing to chase Dracula out of England, and then hunt down and destroy him.

It’s a thrilling tale, but as much as I love the book — with its operatic twists and turns, the individual episodes of dread, the creepy settings and doomed characters — the ending abandons a lot of the earlier tension and turns a formidable and wicked villain into a guy who seems like he’s getting dogpiled on by the popular kids. When Lucy is turned, she doesn’t just become an undead creature who lures children into her embrace. She’s also specifically and pointedly written as hypersexualized, in the same way as Dracula’s feeding on Mina is overtly eroticized. The book reads exactly like the slasher films of the 1980s, where promiscuity is worthy of punishment. Stoker is heavily implying that the only possible reason for a woman to want to broadcast sexual overtures to a man is because she’s a bride of Satan. It’s much better that a woman be like Mina, a selfless helpmate who types up copies of everybody’s journals.

Dracula really entered the public imagination in his current, heavily-accented, caped form through film, which usually played him as a pretty straight villain. The deeply chilling German Expressionism film movement brought us F.W. Murnau’s unauthorized adaptation Nosferatu: A Symphony of Horror in 1922, and 1931 saw perhaps the most famous portrayal in Universal’s Dracula, with Bela Lugosi leaving a truly indelible stamp on the character. Christopher Lee, who portrayed Dracula in nine movies for Hammer Film Productions, gave the Count a bestial physical presence, but little in the way of motivation beyond simple evil. It wasn’t until 1992’s Bram Stoker’s Dracula, which I watched as a direct result of becoming obsessed with the novel, that filmmakers really embraced my view of the Count as a misunderstood monster. In that adaptation, Gary Oldman’s Dracula swears allegiance to darkness after he loses his lover to treachery. Spurned by God, the vampire is consumed with a quest to be reunited with her and believes she has been reincarnated as Mina.

I wasn’t a Nintendo kid growing up, so I was unfamiliar with the Castlevania series until I received a PlayStation in 2000. Firing up Castlevania: Symphony of the Night as a disaffected teenager was a revelation. In the very first scene, Dracula sweeps aside Richter Belmont’s self-righteous challenge with such perfectly jaded cynicism that I couldn’t help rooting for him even as I tried to nail the right timing to avoid his fireballs. As we explore the castle in the shoes of the count’s own patricidal son, Alucard, we learn Dracula was embittered by the death of his wife. In his moment of defeat, we learn that he’s contemplative about his own villainy.

That nuance also exists in the first two seasons of Netflix’s Castlevania show. This Dracula is wicked, bestial, and looking for any excuse to give in to his violent nature. But he’s also as capable of kindness and loyalty as he is callousness. He’s bad and he knows it, but how good are the people hunting him who purport to be so blameless? Exploding vampire heads, chain whips, ice spears, and everything about Alucard helped the show set a new standard for video game adaptations, but the baleful fatalism of Dracula was the one detail that rang truest to me.

The ’90s and ’00s took vampire fiction to a place of gothic punk excess and night club nihilism, but this year felt like a brief return to the lordly, lonely vampire fiction of years past. There, still brooding upon his throne in his dark castle, sits the king.