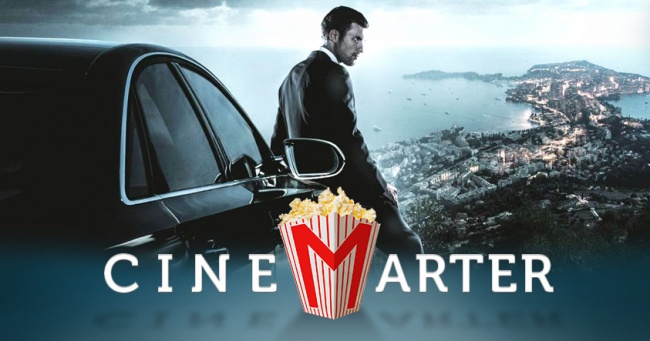 Did anybody actually want another Transporter movie? No, seriously. We got three of them, and then a TV show – which is currently waiting to either return for a third season or get cancelled, the latter of which being far more likely given its ratings – and now a fourth movie. The Luc Besson-created series has been relatively profitable, it’s true, but only the second movie was any good, and now we’ve replaced Jason Statham with Ed Skrein, whose biggest claim to fame at this point is a three-episode stint on Game of Thrones. That’s a box office draw if there ever was one…

It’s not clear what The Transporter Refueled actually is, but then it doesn’t really matter, I guess. Is it a reboot, a sequel, a midquel, or a prequel? Irrelevant. These movies have always been about the adventures of Frank Martin (Skrein), a getaway driver and martial artist; the order in which the events of his life occur are of little consequence. This time around, he finds himself embroiled in a conflict between a pimp/drug dealer/legitimate businessman named Karasov (Radivoje Bukvic) and a quartet of prostitutes who escaped his grasp and now intend to seek their revenge. 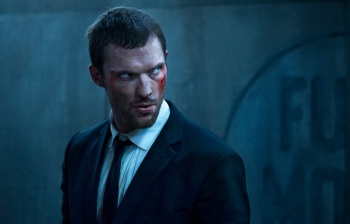 They’re led by Anna (Loan Chabanol), the only one whose name you’ll be able to remember. In order to lure Frank into the mix, they kidnap his father (Ray Stevenson), claim he’s poisoned, and will only administer the antidote with Frank’s cooperation. So, we get some fist fights, some car chases – scratch that: a lot of car chases – and one or two shootouts, all over a plot that matters only to a few characters involved, but not to the audience.

The film fails to make us care about the plight of the prostitutes, which is too bad because what little we do get to know about them makes them sympathetic – but that amount adds up to approximately two scenes of embarrassing exposition. Why, exactly, are they doing this, beyond feeling wronged by their boss? What, even, is their exact plan? In terms of movie pimps, Karasov isn’t even that bad of a guy, really. He’s not even abusive, unless that happened in scenes that the filmmakers cut in order to make sure The Transporter Refueled received a PG-13 rating from the MPAA.

Nothing stands out and nothing offends; this is the type of movie that’s just a way to kill time.

I mention that because the series has always needed a higher rating in order to even have a modicum of success. The first two movies, while nothing special, had better cuts on home video because they weren’t restrained by a PG-13. The television show wasn’t exactly an all-ages adventure, either – depending on the cut. Refueled feels like it’s often holding back. It’s not going to be a surprise if the cut on home video winds up being 10 minutes longer and features blood, a bit of nudity, and more profanity. So if those are things you want in an otherwise generic action movie, then wait for that before seeing The Transporter Refueled.

Really, though, this is as bog-standard an action movie as you can get. Only about two scenes are particularly creative, and they don’t last long enough to be memorable. The car chases are fine, the fist fights at least don’t suffer from an overabundance of shaky-cam – although rapid-fire editing does pop up – and the shootouts are chaotic. Nothing stands out and nothing offends; this is the type of movie that’s just a way to kill time. It doesn’t excite, but it also doesn’t bore. It just passes the time, it ends, and you go about your day, likely never to watch or think about it again – until the next chapter comes out, at which point you’ll remember “that one Transporter movie without Jason Statham from a couple of years back.”

The series has always been pretty generic, really, with the only two standouts being the martial arts-style action scenes and Jason Statham. The hand-to-hand combat scenes still get the former, but what is really missing is Statham, who has a screen presence unlike many other action stars today. His movies are often all similar, but he’s always watchable. Ed Skrein tries, but he can’t capture what Statham brings to the screen. He’s outshone by both Ray Stevenson and Loan Chabanol in every scene. He always comes across as trying too hard to be both tough and suave, and doesn’t pull off either. He’s not helped by some cringeworthy dialogue, and a lack of character, but he’s just not the actor that Statham is – as crazy as that sounds.

A generic action movie from start to finish, The Transporter Refueled isn’t the worst movie you can see about a man in a suit killing some bad guys – that award goes to Hitman: Agent 47 – but it’s also something you’ll forget as soon as you leave the cinema. It doesn’t have any standout moments, it desperately feels as if it needed to break away from its PG-13 rating, and it misses Jason Statham in the leading role. Is it bad enough to make you feel anything but apathy for it? Probably not. It’s just passable enough to kill 90 minutes of your life – but don’t you have better things to do?

Bottom Line: The Transporter Refueled is a bad-but-not-terrible action movie, which means that it’s technically the second-best installment of the Transporter franchise. It didn’t have a high bar to clear.

Recommendation: If you’re a fan of the Transporter movies, wait for home video before seeing Refueled. If you’re not a fan, this one won’t make you one, so skip it.