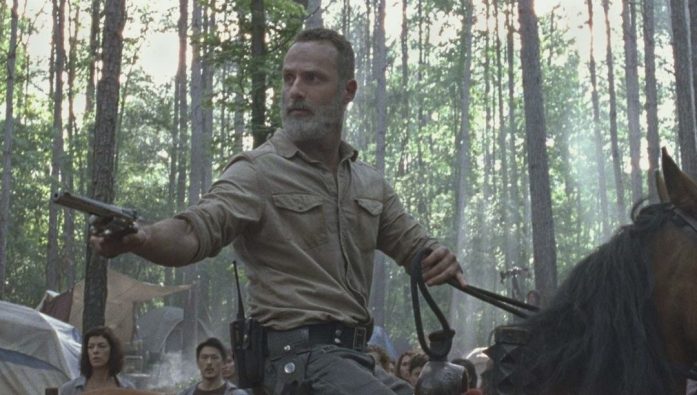 This article contains some spoilers for The Walking Dead comics.

This week’s lightning round is themed around The Walking Dead. I received a lot of great questions, so let’s get to it!

What is a zombie’s legal status? Are zombies alive or dead?

I considered a different version of this question a few months ago in “Zombie Roe v. Wade: Do the Undead Have a Right to Life?,” but there’s definitely more to say on the issue. In the world of The Walking Dead, zombies are mindless creatures without any sense of identity or any connection to their former lives. Moreover, as far as we know, there isn’t any way to return zombies to their former selves. If those facts are accepted — which is a pretty big if — then a zombie’s legal status would be somewhere in the range of a wild animal, a Venus flytrap, and a human corpse.

Zombies are like wild animals because they move, are dangerous, and cannot be controlled. But unlike animals, they work purely on instinct. The Walking Dead zombies cannot be trained, don’t experience pain, and lack cognitive function. This means that, unlike wild animals, zombies likely would not be protected by animal cruelty laws. Because zombies originated from humans, the law might give them special status that limits how they are treated or disposed of. As @Serellan noted on Twitter, many states have laws prohibiting corpse desecration. It’s easy to imagine a law that prohibits shooting zombies for sport, or limiting the ways for disposing of zombies.

"(2) (a) Every person who shall knowingly and willfully dig up, except as otherwise provided by law, or in any way desecrate any corpse or remains of any human being, or cause through word, deed or action the same to happen, shall upon conviction be guilty of a felony…" 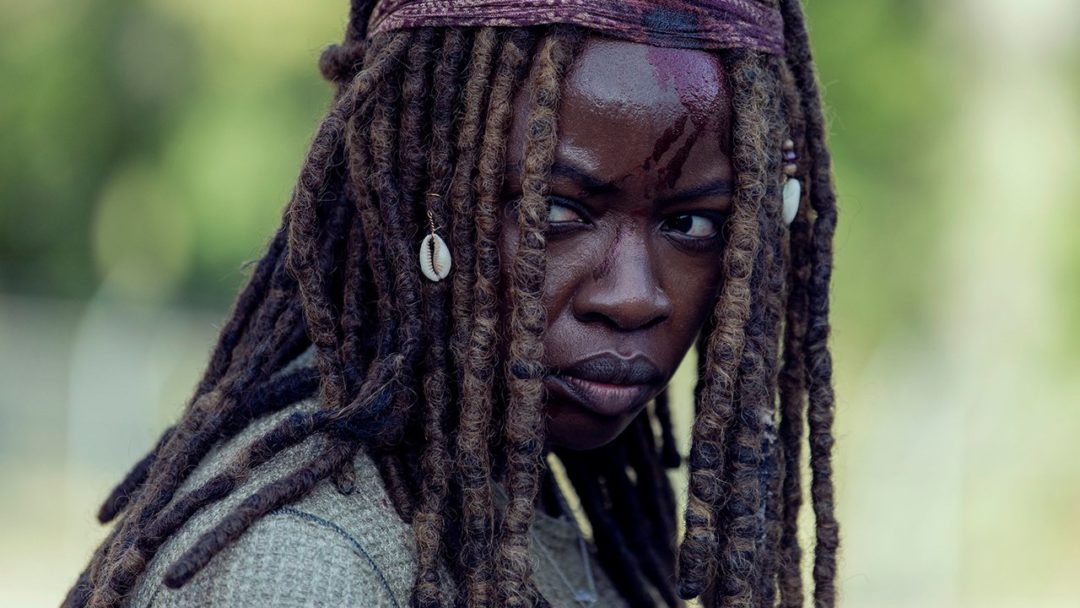 How would a reformed society handle crimes committed during the zombie apocalypse?

One of the recurring themes in The Walking Dead is whether it is OK to do whatever it takes to survive and protect loved ones. Series protagonist Rick Grimes kills attackers or would-be attackers in multiple circumstances that are more like preemptive strikes than in-the-moment acts of self-defense. Other characters do the same — and even commit brutal acts of torture. At the end of the series, we see that people have rebuilt society from the ground up and have even developed a working justice system. The question is — how would such a justice system handle crimes committed before society reformed (the comic refers to this period as “The Trials”)? Would there be a general amnesty, like in Bill Willingham’s Fables, or would people still be punished for their past crimes?

The answer is that most, if not all crimes, would not be subject to prosecution for three reasons. First, as the comic recognized, there were a lot of dangerous people during the Trials, and survival essentially required individuals to do things that would be unacceptable in civilized society. Rick Grimes — who is idolized in the rebuilt society despite having committed numerous crimes — essentially proves the point. It is likely that the newly formed society would recognize a broad version of the “necessity” defense, where otherwise bad acts are allowed in order to avoid a greater harm.

Second, the people who lived through the Trials experienced tremendous mental stress that warped their ability to think clearly and to appreciate whether their actions were right or wrong.  This would make any newly formed society reluctant to punish most acts of wrongdoing.

Third, as a practical matter, most prosecutions would be impossible. Because there were not any law enforcement officials during the Trials, there was not anyone around to collect or preserve forensic evidence. As a result, most or all of the available evidence would have to come directly from eyewitnesses, who are notoriously unreliable even in modern society. They would have to remember specific details regarding crimes that took place years or even decades in the past. Additionally, most of the people who went through the Trials were guilty of serious crimes. It would be quite surprising for the survivors to create a society only to place the majority of its founding members in jail.

This is not to say that there would be a general amnesty or that the worst offenders — like Negan — would get a free pass. It just means that the newly formed society would consider the hellish circumstances people had to deal with when deciding whether to prosecute a crime from the Trials, and that most people would be given a pass. Living through the destruction of the world and the death of most of their loved ones was punishment enough.

Would the zombie outbreak be considered an “act of God” for insurance purposes?

The zombie outbreak wouldn’t be considered anything for insurance purposes, since all insurers — and even all reinsurers — were wiped out along with the rest of society. All contracts were rendered null and void when the zombies took over. 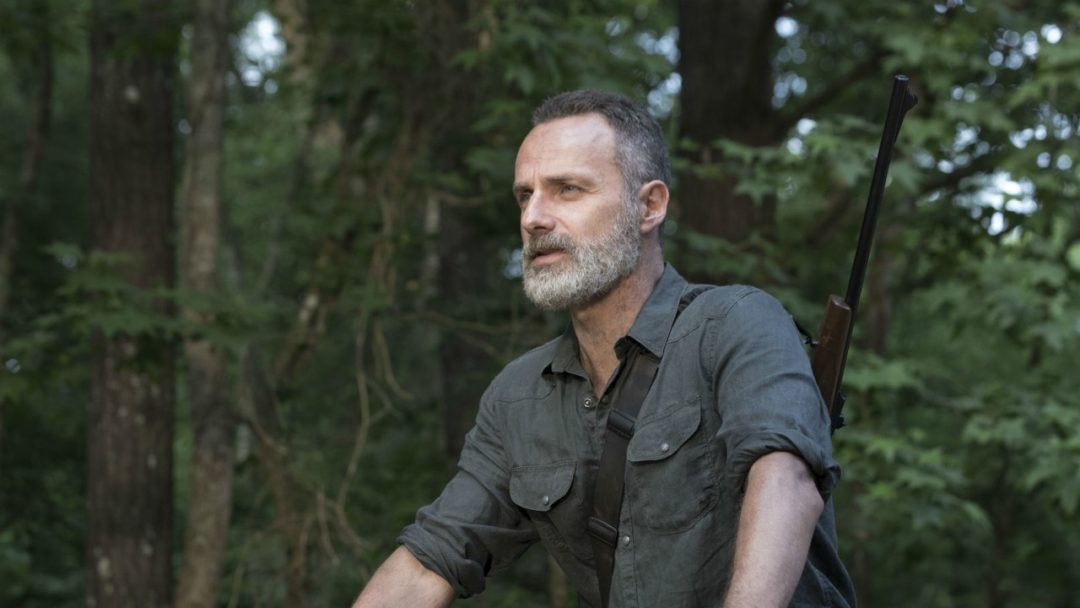 These questions are taken straight from the last issue of The Walking Dead comics. At the end of the series, the zombie threat has been largely neutralized. People live in secured cities and zombies are so rare that they are considered valuable pieces of property. One morning, Carl Grimes — Rick Grimes’ now-adult son — wakes up and sees a zombie on his property. Since zombies are dangerous, Carl shoots the zombie only to learn that it belonged to a traveling showman, who then sues Carl for destruction of property. In the comic, Carl is found liable for the destruction of property and is ordered to replace the zombie.

In the real world, Carl would be well within his rights to destroy the zombie and would actually have a claim against the showman. This is no different than if Siegfried and Roy dropped a tiger on your lawn. Of course you’d be able to kill the tiger!

After killing the zombie, Carl goes into town and destroys the showman’s wagon, which securely houses several other zombies. While Carl is eventually acquitted of any wrongdoing, his actions would clearly be illegal if judged by current legal standards. It’s essentially the same as if one killed all the tigers in the zoo. Of course that’s illegal. 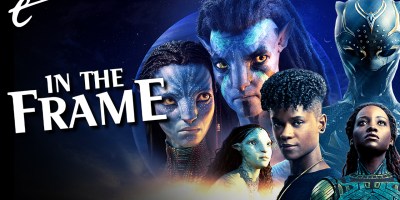 Wakanda Forever, The Way of Water, and Hollywood’s Deep Dive into Decadence 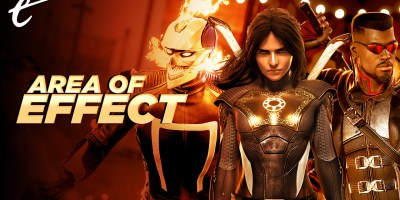