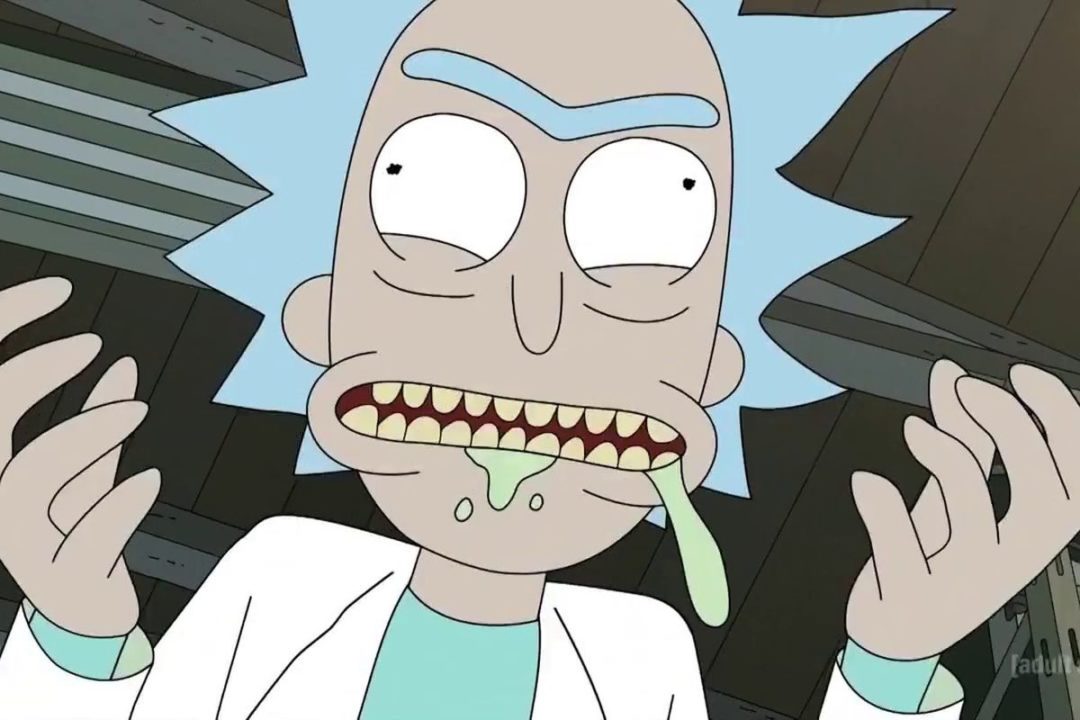 Rick and Morty was a cultural touchstone from the moment it was released in 2013. Centering around Rick Sanchez, an elderly mad scientist with a drinking problem, and Morty Smith, the simple grandson he takes along on his adventures, the show instantly became something of a sensation in the internet age. As the subject of countless memes, quotes, and inside jokes, Rick and Morty continually strikes a cord with a sizable portion of geek culture. It only makes sense that Rick would become a key figure amongst the fans.

Clearly modeled after Doc Brown from Back to the Future, Rick is a character we’ve seen before. He is the white haired maniac that uses his intellect to control the world around him, becoming the most powerful being in his own sphere of influence. On the surface, he exists as a power fantasy for the audience. His intelligence creates his power, and that’s appealing to denizens of the internet. It’s completely understandable that the audience would idolize him. But here’s the thing:

Rick is a horrible role model and an even worse person.

At the beginning of the first season, Rick is seen as a lovable nihilist. He says it like it is. He believes in nothing, and that’s cool. Then we begin to see cracks form. What began as quirky character bits became genuinely concerning flaws. It’s little things at first. He’s often drunk. He says random catch phrases that make no sense. He’s lazy.

Then came the season’s sixth episode, “Rick Potion #9.” It starts like a normal outing for the gang. Morty wants to go to the prom with the most popular girl at school, and Rick begrudgingly makes a love potion for him to use on her. Hijinks ensue as the love potion begins to infect the whole school, and Rick drunkenly comes over to fix his mistake. Through a series of failures, the world is mutated into flesh monsters directly compared to the works of David Cronenberg. Rick formulates a solution, and we cut to the next morning. Everything was solved, and Morty starts helping Rick with his projects. Seemingly at random, both are killed by an explosion in an incredibly gruesome way. A portal opens to reveal that the Rick and Morty that we just saw die belonged to another universe. What follows is a long montage of the two burying their own corpses in the yard. Morty is in shock, but Rick grabs a beer and moves on with his life. Morty was likely permanently scarred through Rick’s actions. It was his fault, and his apathy turned the world they lived on into a post-apocalyptic wasteland.

This was the moment that I began questioning Rick’s character. Sure, he’s the smartest person in the room, but he also causes irreparable damage to anyone around him. In a post credits scene, we see that even though they’re living in a wasteland the Smith family has found true happiness because Rick is gone. From this point on, Rick is shown to be a character whose flaws go beyond just alcoholism and apathy. Rick is a monster.

The audience can still love Rick even though he hurts those around him. After all, the people that he hurts are framed as inferior. It takes something more to make a character like Rick truly break. It takes internal pain. In season 2, we began to see how Rick’s apathy hurt him just as much as it hurt everyone else. In the episode “Auto Erotic Assimilation,” Rick is at his lowest point. It’s revealed that Rick was in a relationship with a hive mind named Unity who could fulfill his every desire. He was so enthralled that he abandoned his grandchildren to be with her, and in doing so destroyed that relationship. Going home, Rick is more drunk than we’ve ever seen him. Even the family notices as he stumbles into the garage. In a pile of gadgets is a laser device that he uses to murder a small alien creation. Then he puts his own head in the line of fire, ready to kill himself. Before he completes the deed, Rick passes out.

Attempted suicide is heavy stuff for an animated comedy television show, but it helps to better develop the main protagonist and how he reacts to ruining a relationship that he found meaningful. Rick’s life was defined by a lack of connection, by somehow being above everyone he interacted with. To Rick, emotional connection was seen as a weakness. But in this moment, we see that the real weakness is his own inability to form these connections. His apathy is his weakness.

At the end of the second season, Rick turns himself in to the Galactic Federation, the very government that he fought so hard against. It looks like he is ready to acknowledge his own deep failings and let the people around him heal from the torment that he brought upon them. For the first time, we see Rick begin to care. It looks like he has dropped his apathy to protect his family.

Then the third season begins and we see that Rick has learned nothing, that he has effectively doubled down on his own toxicity. The season contains many moments that further villainize Rick, from his avoidance of any emotional attachment in “Pickle Rick” to his own stubborn nature hurting those around him in “The Rickchurian Mortydate.” Season 3 is where Rick’s failings become the focus of the show.

To me, this is all brought together in “Vindicators 3: Return of the Worldender”. In the episode, Rick gets blackout drunk and creates Saw-style deathtraps to kill all of the Vindicators, who are a thinly veiled parody of the Avengers. As the episode goes on, it is revealed that Rick created a bomb to kill all of the characters. Morty immediately begins to defuse it as he has apparently done before. When Rick asks how many times this has happened, Morty responds, “Too many times!”

This reveals something about Rick’s failure that was previously only implied. Not only does Rick hurt himself and those around him, he does it constantly. We already knew that he never grew, but this singular moment puts it all into stark relief. To Morty, disarming world-ending bombs has become banal. The torment has become boring.

We can learn from Rick. Apathy and emotional distance are not strengths. Yes, Rick is the smartest person in his universe. However, the lesson we need to learn from Rick is that he is a self-contained argument against himself. Connection is what brings us together and what gives our lives meaning. Having purpose is a strength. Rick spent his life avoiding all of that, and he is utterly miserable as a result

Rick is not a role model, though many fans may disagree. To look up to Rick is to see self destructive behavior as a strength. That is nothing to aspire to.