Can we do a better job than George Lucas did with midichlorians by instead invoking genetics?

As someone who grew up enraptured by the fantasy of the Star Wars universe and its mystical space wizards, there was no greater affront to my sensibilities than when The Phantom Menace introduced the concept of midichlorians. The capacity for an individual to use the Force, this metaphysical power that permeates the cosmos and every living being, felt cheapened by the explanation that it arises from microscopic life-forms that live in the bloodstream and serve as “conductors” of the Force.

Why can’t a humanoid serve as its own conductor? What question does the midichlorian truly answer? It doesn’t explain the Force – it just passes the buck from “man with magic powers” to “man with blood bacteria that has magic powers.” It adds sci-fi gobbledygook for the sole purpose of having a convenient way to quantitatively measure someone’s potential with the Force so that everyone can be starstruck over young Anakin. Why can’t a Jedi just “sense” how powerful someone’s Force potential is, rather than have to measure it via blood test? There’s nothing more mystical and imaginative than testing for Force potential the same way you test for diabetes.

But thankfully, The Force Awakens can change everything. In his treatment of Star Trek, J.J. Abrams has shown that he’s not afraid to mess with canon, and it has been established that the Expanded Universe (everything in past Star Wars games, novels, TV series, and anything other than the movies) will carry no authoritative weight in Episode 7. So how can the new movie redeem midichlorians?

By not f***ing mentioning them at all.

And while I do believe this is the route Abrams has taken, that doesn’t leave us with much room for further discussion. So let’s instead ask, “How can we better explain Force powers with science?”

Yes, I am altering the question. Pray I don’t alter it any further.

Let’s clarify – I would prefer not to explain the fantasy of Star Wars with science, but as a thought experiment, we’ll set forth a system that beats midichlorians in explaining the following phenomena, all established in the original trilogy:

These are the same phenomena that midichlorians address, but do so by invoking convoluted symbiosis ideas that raise more questions than they answer. To me, it seems like we can address these points simply through genetics. 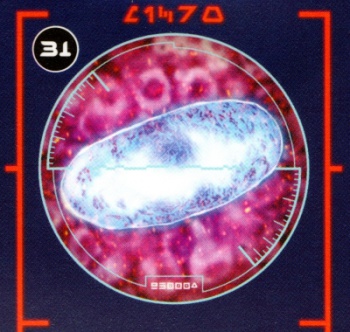 But what are the odds of Luke and Leia turning out to be Force sensitive? 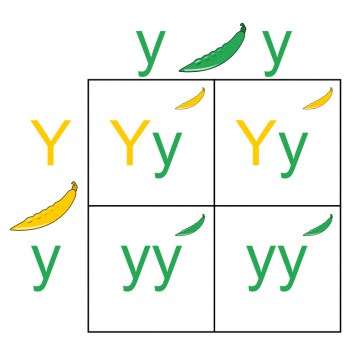 In mating, it’s a crapshoot which of your two alleles you’ll pass on to your children – the odds are 50-50, and it becomes a game of probability. The coupling of someone with two recessive alleles (ff) and a dominant and recessive allele (Ff) has four possible outcomes that can be easily mapped out in something called a Punnett square diagram, like the one to the right. As you can see, the children of this pairing will either have one dominant and one recessive allele, or two recessive alleles, and there’s an equal chance of either outcome: 50 percent.

So the odds weren’t in favor of both Luke and Leia turning out to be Force sensitive, but they aren’t incredible odds, either. But what about the odds of Force users being born into the population at large? Well, there are six different potential parental couplings:

That last case – a Force user with another Force user – will always produce offspring who are Force users, since they only have recessive alleles to pass down. The first three cases will never result in Force users, since one parent only has dominant alleles to pass down. The fifth case is the Vader example we previously discussed, which results in a 50 percent chance to produce a Force user, while the fourth case is one in which you have two non-Force users who are carriers of the recessive Force sensitivity allele. In that case, the odds of these non-Force users having a potential Jedi baby are 25 percent, as demonstrated in the follow graphic. 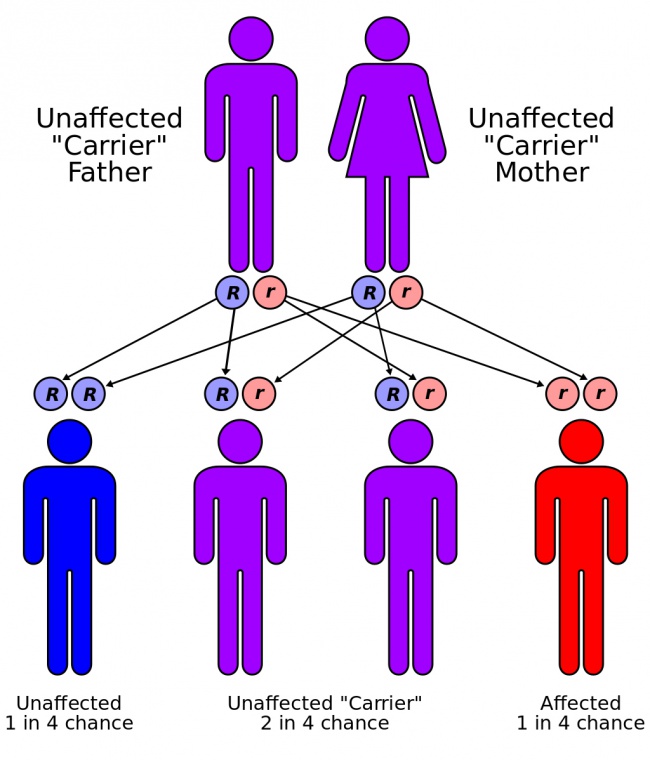 But wouldn’t this make Force sensitivity too common? Running the exact numbers isn’t actually feasible without making huge, unfounded assumptions about the frequency of the alleles in the population of the Star Wars universe. But moreover, it would still be a futile exercise, because there exist other reasons that could help explain why the galaxy isn’t overrun by Force-wielders.

Just like our fictional Force sensitivity “condition,” albinism is a Mendelian trait that is caused by two recessive alleles. The worldwide frequency of albinism is said to be about one in 17,000, but societal factors play a huge role in reducing the frequency of albinos in the population, due to the oftentimes horrible discrimination they face.

While Force users wouldn’t experience the same form of discrimination, societal factors will similarly reduce their frequency. The Jedi order is monastic and preaches freedom from emotions, including love, so Jedis don’t strike me as the type to go around making babies. This would diminish the frequency of the allele in the population. Add to this the fact that in the past, the Jedi order aggressively recruited Force-sensitive individuals, effectively putting restrictions on their ability to reproduce, and we see a form of self-imposed population control. Furthermore, at the start of Episode 4, the Jedi and Sith are all but wiped out due to their mutual genocide, which further diminishes the frequency of the allele.

But beyond that, it is actually possible to have the allele not be extremely rare while still maintaining a low number of Force users. Luke and Leia didn’t know they were Force-sensitive until Jedi pointed it out. Just because someone has the capacity to be Force-sensitive doesn’t mean that they automatically know how lift an X-Wing out of a swamp with their mind – or even that they can. This means there could actually be far more individuals with the two recessive alleles than is apparent. Plus, it’s clear that some degree of training is required to manipulate the Force. Maybe someone is Force-sensitive, but that doesn’t mean they will have the discipline to do anything with that capability. Add to that personality, morals, political views, etc. and you could imagine that the number of people that wouldn’t make the cut in the Jedi Academy is fairly significant.

And if you’ll allow me an aside to discuss the story, I rather like the idea behind that last paragraph: Force sensitivity isn’t all that uncommon. Luke represents the everyman. He’s a character that we can all relate to. He’s not a high-power political figure like Leia; he’s not a mystical wizard like Obi Wan; he’s not the dashing rogue that we’d all like to be – he’s just a simple guy with a boring job and (seemingly) humble origins who one day discovers that he can be much more than he is. By not making Force sensitivity ridiculously rare, I believe the audience can actually better engage with Luke’s story and the feeling of hope it carries – because deep down, there’s that childish part of us that wants to believe that with the right training, we too could move objects with our mind.

Now, we’ve addressed most of our initial bullet points: Force sensitivity is passed on to offspring through genes; individuals who are Force sensitive have the two recessive alleles (Hell, let’s call them the midichlorian alleles, because why not?); Force users are rare through a combination of genetic and societal factors. That leaves us with one point: that some people are naturally stronger in the Force than others. Our current model can’t quite explain this – you either have Force powers or you don’t. However, we can invoke more complex genetics to do so.

Truly Mendelian traits are exceptionally rare. In the past, it was believed that hair and eye color were Mendelian, but it turns out that multiple genes determine what color your eyes and hair are. Similarly, multiple genes may determine the degree to which someone is Force sensitive. An alternative – or coincident – explanation could invoke multiple alleles as well, as with blood type. It is actually possible to have multiple types of dominant or recessive alleles for a given gene, and how they pair up will result in more than two outcomes. We see this with blood type, which has three alleles: type A (dominant), type B (dominant), and type O (recessive). This leads to situations with incomplete dominance, codominance, and more that are beyond the scope of today’s discussion. The bottom line is that, if you’re willing to get deep enough into genetic complexity, you can account for even greater rarity, varying degrees of Force sensitivity, and ultimately do a much cleaner job of explaining why some people can use the Force while others can’t without having to invoke the idea that every single living thing has mystical microbes in its bloodstream.

But hey – we can also just say a space wizard did it.

For more science in Star Wars articles, check out Just How Realistic Are the Single-Biome Planets?, This Is How You Defend The Ridiculous Crossguard Lightsaber, and 4 Science Mistakes Star Wars: Episode VII Needs to Fix.